Well done. Look what authentic hosts in Buenos Aires-Palermo are offering to you on 9flats. 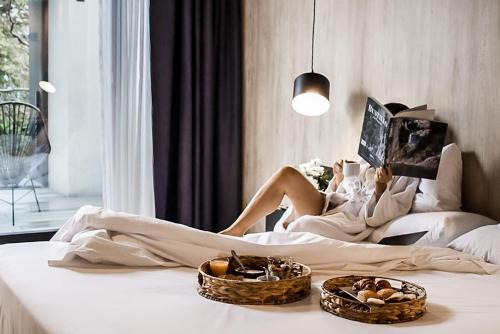 Krista Boutique Hotel has a restaurant, seasonal outdoor swimming pool, a bar and garden in Buenos Aires. This 4-star hotel offers a 24-hour front desk and a business centre. Free WiFi is available and private parking can be arranged at an extra charge.Book now
from $88 per night 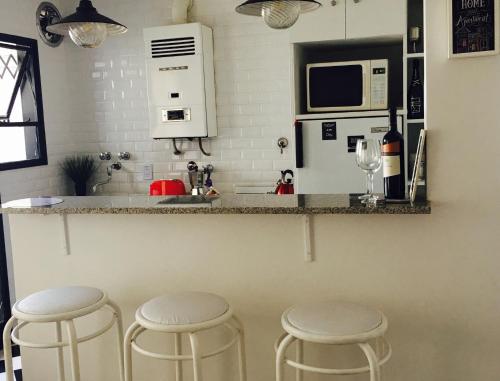 Situated within the Palermo district in Buenos Aires, Great View Armenia has air conditioning, a terrace, and city views. The Plaza Serrano Square and the Buenos Aires Eco-Park are within 1.7 km and 1.9 km of the apartment, and free WiFi is provided.Book now
from $35 per night

Only 3 blocks from Serrano Square and the artisans fair, The Glu Boutique Hotel is set in Palermo Soho, nearby trendy cafes and pubs. It offers designer style décor. Wi-Fi is free.Book now
from $83 per night 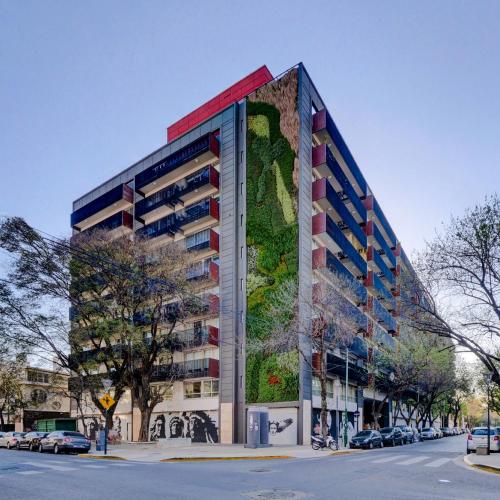 Situated 2.1 km from Plaza Serrano Square, Quartier Hollywood by Rentin BA offers an outdoor swimming pool, a fitness centre and air-conditioned accommodation with a balcony and free WiFi. Private parking is available on site.Book now
from $80 per night 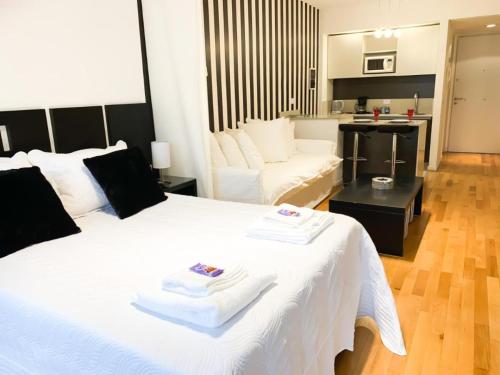 Located in Buenos Aires, 1.1 km from Plaza Serrano Square and 2.1 km from Palermo Lakes, Studio en Palermo Soho 2 provides accommodation with free WiFi, air conditioning, an outdoor swimming pool and a fitness centre. It is situated 2.3 km from Buenos Aires Eco-Park and features a tour desk.Book now
from $83 per night 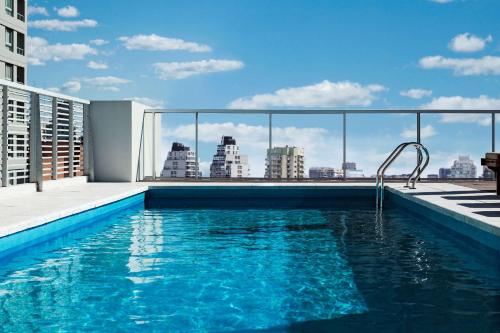 Dazzler Polo offers accommodation with free WiFi in Buenos Aires, 200 metres from Hippodrome. Guests can enjoy the on-site bar. A buffet breakfast is served daily. Private parking is available on site.Book now
from $83 per night 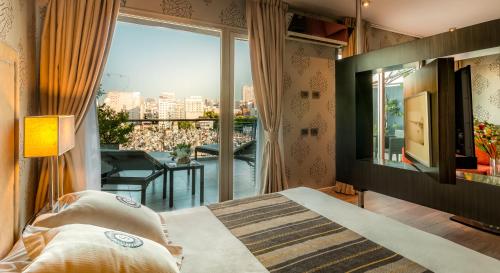 Featuring an art gallery, Sileo Apart offers plush self-catering rooms in upscale Recoleta. The Recoleta Cemetery is right in front of the property.Book now
from $134 per night 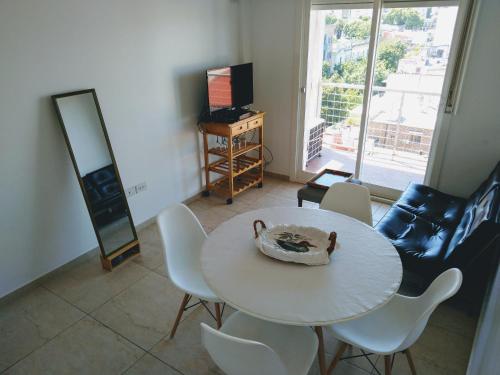 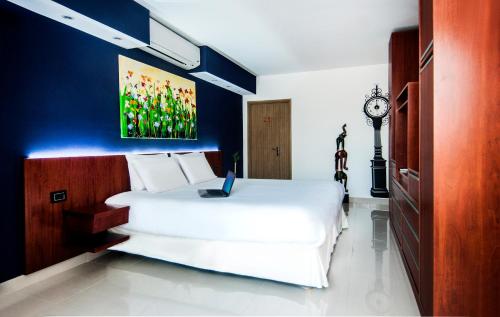 Designer-style decor can be enjoyed in these fully furnished apartments located in the trendy Palermo neighbourhood. Buenos Aires Museum of Latin American Art, MALBA, is an 8-minute drive. Palermo Subway Station is 400 metres away. Free WiFi is available.Book now
from $83 per night 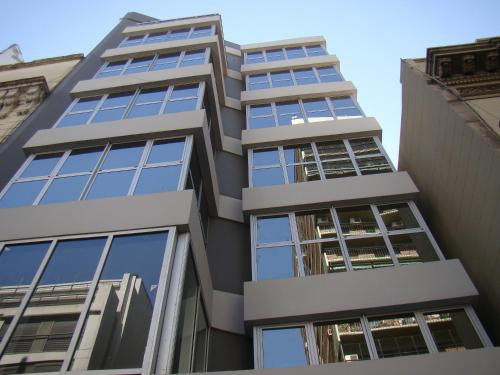 Boasting a cafeteria and a fitness centre, Bue Hotel offers accommodation 100 metres from Plaza Italia Square. A daily breakfast is served and free WiFi access is provided. Guests can enjoy the on-site bar and sun terrace.Book now
from $83 per night 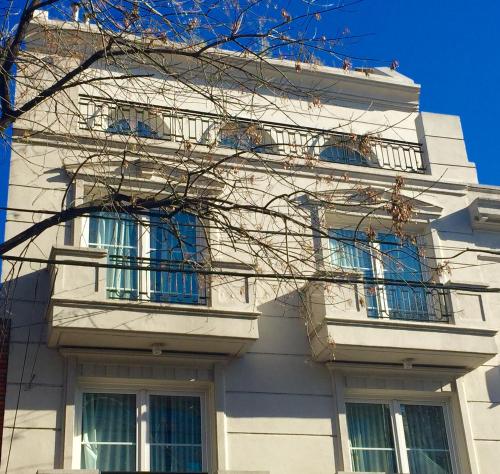 Located in the stylish Palermo Soho district, the Purobaires Hotel Boutique welcomes you in a cozy building where personalized service and bright, well-equipped accommodations await you.Book now
from $93 per night

See all 864 accommodations in Buenos Aires-Palermo

HOTELS, APARTMENTS, VACATION RENTALS AND BED AND BREAKFAST IN PALERMO

Buenos Aires has a mix of European and Latin cultures that makes for an intoxicating city and the district of Palermo sums that up as well as any other. A holiday apartment in Palermo will see you staying in what is widely regarded as one of the coolest barrios in the city. Here you can wander through narrow cobble stone streets and explore the many independent shops of the area. Renting your holiday apartment in Palermo from 9flats means that you stay within the local population, instead of being excluded in a tourist hotel. Here you can get to know the people and their culture, just as you enjoy visiting the city’s sights. This provides a much more authentic travel experience and is much like couchsurfing in Palermo. The difference is that your holiday accommodation in Palermo allows you far greater comfort and privacy in your own room or apartment.

Enjoying the barrio from your holiday apartment in Palermo

Palermo is Buenos Aires’ largest barrio and is divided up into several smaller areas. Palermo Chico is the most upmarket and with the adjacent Barrio Parque has some of the best residential neighbourhoods. Palermo Viejo is the oldest part, with great examples of Spanish Colonial architecture. Here a heady mix of immigrants from Spain, Italy, Poland and Ukraine add to a lively atmosphere, with lots of ethnic restaurants and bars. Here you will also find Palermo Soho, which is popular with designers and fashionistas and has recently become an attractive and ‘alternative’ area. Another district is Palermo Hollywood, which is home to the city’s TV and radio community and has a notable nightlife.

Exploring Buenos Aires from your holiday accommodation in Palermo

Buenos Aires is a vibrant and fascinating city and from your holiday apartment in Buenos Aires you can enjoy its many attractions. Whatever you do, you must find a tango club and watch some of the astonishingly talented dancers. Even better, why not join in yourself? The Plaza de Mayo stretches in front of the Casa Rosado, the presidential palace. This is the traditional spot for political rallies and protests. The Teatro Colon, meanwhile, is the most impressive theatre in South America and is a must if you can catch a performance. MALBA has perhaps the most important collection of Latin art in the world.

Choosing another district in Buenos Aires

A holiday apartment in San Telmo will see you enjoying the most historic district in the city. It was the first barrio in the city and its streets are narrow, with older buildings and lots of boutiques and antique shops. The Feria de San Telmo on Sundays is an outdoor market of artisan products and gives the area a special flavour. Throughout Buenos Aires we have the best accommodation in the most exciting locations, so book your apartment in Buenos Aires with 9flats now.