Well done. Look what authentic hosts in Kali are offering to you on 9flats. 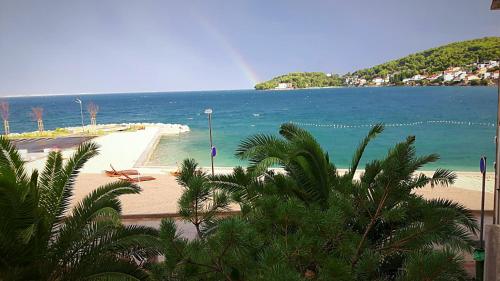 Situated in Kali in the Ugljan Island region, with Batalaža Beach and Petra Dundova Beach nearby, Apartmani Kali features accommodation with free WiFi.Book now
from $87 per night 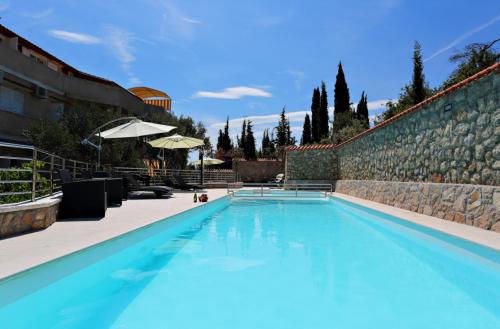 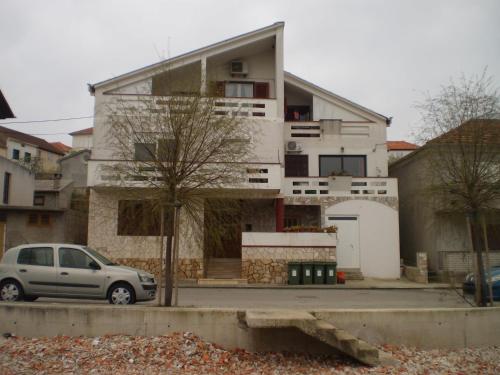 Set in Kali, just 200 metres from Petra Dundova Beach, Apartman Suzy offers beachfront accommodation with a terrace and free WiFi. With garden views, this accommodation features a balcony.Book now
from $26 per night 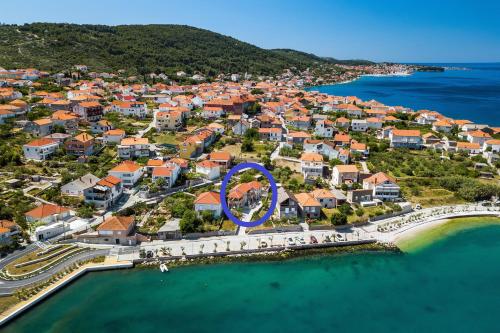 Located in Kali in the Ugljan Island region and Batalaža Beach reachable within a few steps, Stone house on the Batalaža Beach - Kali provides accommodation with free WiFi, BBQ facilities, a garden and free private parking.Book now
from $87 per night 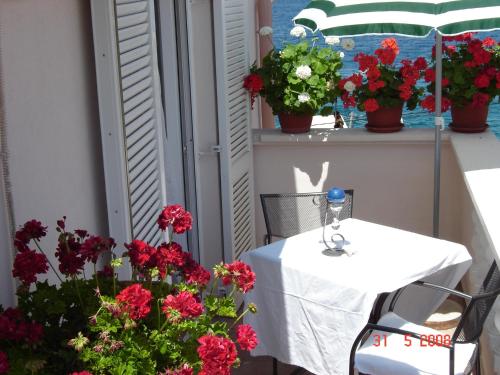 Offering a garden and a terrace, Apartments Bačvar 32 is set in Kali, not far from Batalaža Beach and Petra Dundova Beach.Book now
from $87 per night 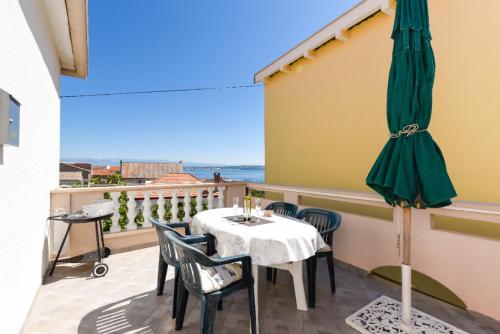 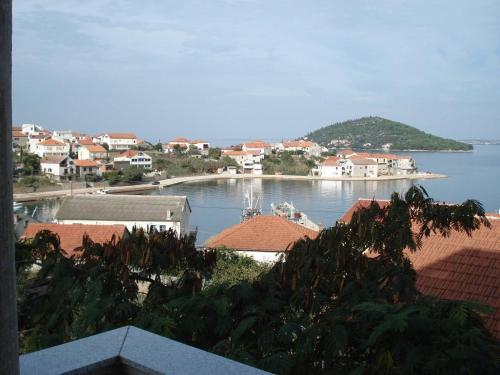 Situated in Kali in the Ugljan Island region and Batalaža Beach reachable within 400 metres, Apartment Zelenčić features accommodation with free WiFi, BBQ facilities, a garden and free private parking.Book now
from $87 per night 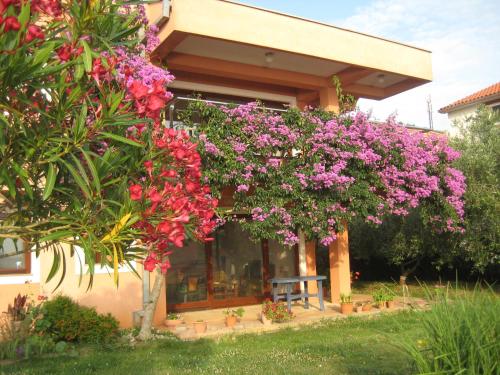 Boasting a garden, a terrace, and barbecue facilities, Apartman Lavanda provides accommodation in Kali with free WiFi and city views. Featuring free private parking, the apartment is in an area where guests can engage in activities such as diving, fishing and table tennis.Book now
from $87 per night

Situated a few steps from Batalaža Beach, Apartmani Mia offers a garden, barbecue facilities and air-conditioned accommodation with a balcony and free WiFi.Book now
from $87 per night 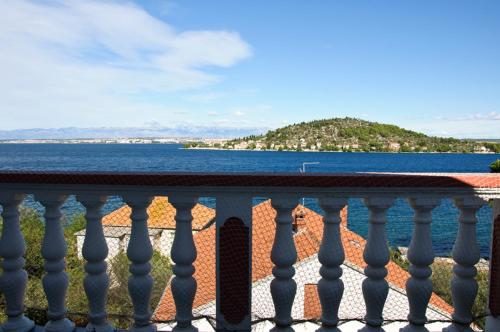 Featuring a balcony with sea views, a restaurant and a private beach area, Apartmani Blaslov can be found in Kali, close to Mul Beach and 800 metres from Petra Dundova Beach. This apartment features a garden, barbecue facilities, free WiFi and free private parking.Book now
from $87 per night 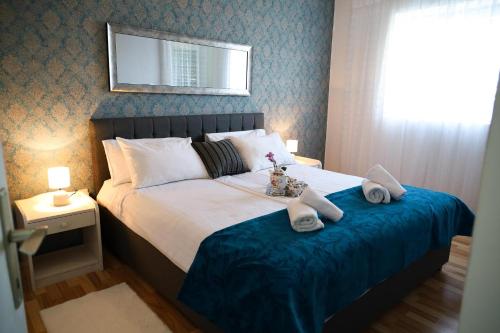 Franov Residence on island Ugljan with the pool, BBQ and beautiful sea-view!

Surrounded by the lush garden, Franov Residence on island Ugljan with the pool, BBQ and beautiful sea-view! is located 150 metres from the beach in Kali. It offers apartments with air conditioning, free Wi-Fi and a balcony with sea views.Book now
from $49 per night Set in Kali, within 100 metres of Petra Dundova Beach and 700 metres of Batalaža Beach, Apartman Talija offers accommodation with free WiFi, air conditioning and a garden. Featuring a balcony, the apartment is in an area where guests can engage in activities such as snorkelling and cycling.Book now
from $87 per night

See all 158 accommodations in Kali

In the northeast of the Croatian island of Ugljan lies Kali, a small fishing village with just 1,731 inhabitants. The island at the Adriatic Sea attracts with a varied landscape, best weather and the beautiful, rustic village centre of Kali, from the time of the Middle Ages. And last but not least: With cosy accommodations – for every taste and budget – which are directly rented by the locals here. So you profit, as with couchsurfing in Kali, from the proximity to your fellow countrymen and a unique holiday experience. In addition, your apartment in Kali clearly outshines the offer of “Sofahopping” – in terms of comfort and privacy. But since the island with an area of just 50.21 square kilometres is quite clear, it doesn’t have to be Kali directly: If you find an accommodation in Lukoran or a holiday apartment in Poljana, that suits you better in one of the other six districts of the island, then hit it! You can also easily reach the sights of the fishing village from here.

Beautiful apartments in Kali, on the Croatian island Ugljan

On Ugljan, the landscape itself is one of the absolute sights: Limestone cliffs and dolomite rocks, small bays, stone and sandy beaches along the north-eastern shore, steep cliffs inaccessible in the south-west, untouched nature and densely overgrown olive groves. With the right footwear, which also provides support on the boulders of the steep rocks, a long walk or a hike on Ugljan becomes a little adventure. And you can also discover a lot in Kali itself. The old town centre of the place, also called “Siget”, lies on a hill on the northeast side of the island. From here you have a good view over the surroundings and if the weather is nice you can even see over to the Croatian mainland. The stone houses are built in the Dalmatian style in the narrow lanes close to dense stone. The bell tower of the “Sveti Lovre”, in baroque style, overlooks the village. The church from 1698 was built in honour of the patron saint of Kali and named after him. At the foot of the “Sveti Lovre” the inhabitants of the village organise a fishermen’s festival – every day in August.

Home for a while in the fishing village: Your private accommodation in Kali

Apropos: Almost a dozen cafés, a few restaurants, a whole series of small shops, as well as a bakery and a few butcher’s shops take care of your physical well-being. Of course, you can also get plenty of freshly caught fish. If you like, you can buy it at the harbour directly from the local fishermen and then prepare it in your private holiday apartment in Kali. A tip: Since the equipment of the different apartments in Kali varies, it is best to check whether there is a possibility for cooking when you make your booking. A little more hustle and bustle awaits you in the port city of Zadar on the Croatian mainland opposite the island. A ferry will take you there. If you want to spend another night in an accommodation in Zadar, you will also find a whole range of private offers here. From here you can drive along the picturesque coast of Croatia to Italy. A mere five hours drive will separate you from a last stopover and an overnight stay in an Apartment in Trieste, before you finally start your journey home. Sounds dreamlike? Then make this dream come true right now and book your accommodation in Kali.