Well done. Look what authentic hosts in New York City-Central Harlem are offering to you on 9flats. 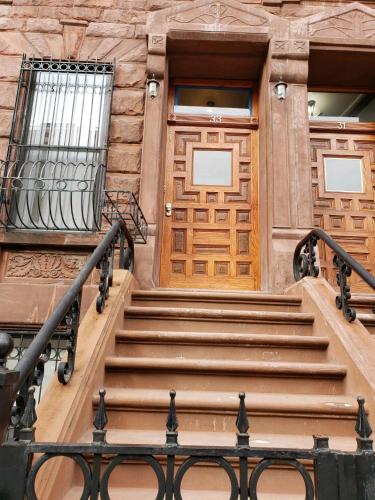 Located 3.3 km from Yankee Stadium and 3.7 km from Columbia University, The Harlem Pearl in New York provides air-conditioned accommodation with views of the city and free WiFi.Book now
from $150 per night 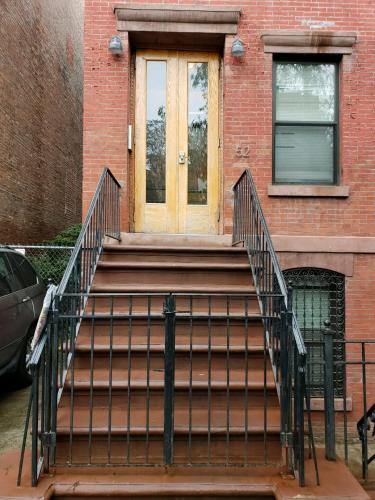 Located in New York, 3.3 km from Yankee Stadium and 3.6 km from Columbia University, The Harlem Cascades provides garden views and free WiFi.Book now
from $85 per night 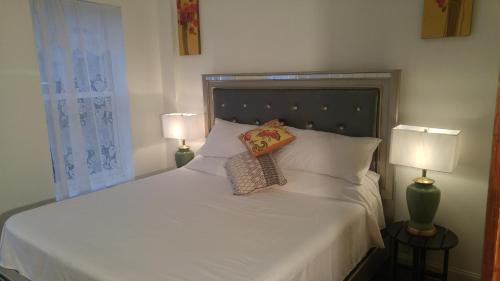 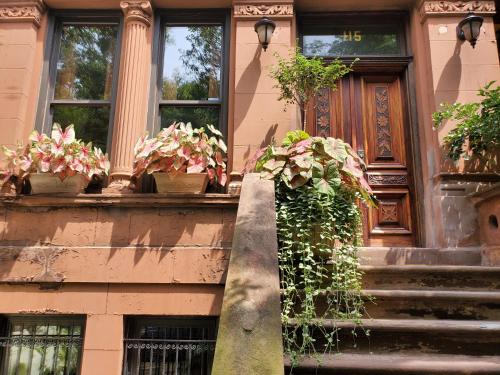 Set in New York, 1.6 km from Columbia University and 3.8 km from Metropolitan Museum of Art, West 119th B&B offers accommodation with free WiFi, a garden with a terrace, and access to a hot tub.Book now
from $165 per night 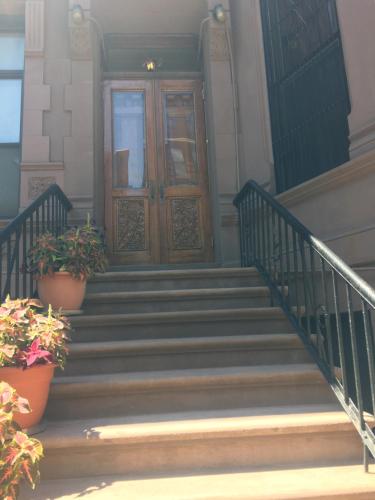 Set in New York, 1.5 km from Columbia University and 3.8 km from Metropolitan Museum of Art, Richards Place provides accommodation with amenities such as free WiFi and a flat-screen TV. The property features garden views and is 4 km from Yankee Stadium and 5.6 km from Central Park.Book now
from $87 per night 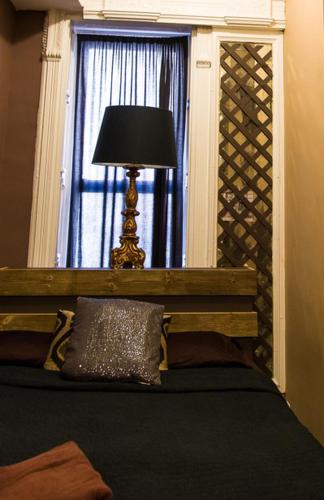 Soul Food (Mont Morris) Guesthouse is located in Harlem, Manhattan walking distance to Central Park
Each room is fully equipped with free toiletries and a hairdryer.Book now
from $135 per night 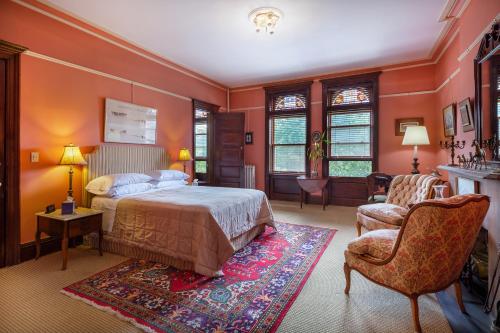 Situated in New York, 3.6 km from Metropolitan Museum of Art, Manhattan Guest Suites features views of the city. Among the facilities at this property are a shared kitchen and a shared lounge, along with free WiFi throughout the property. The property is allergy-free and is located 1.8 km from Columbia University.Book now
from $87 per night 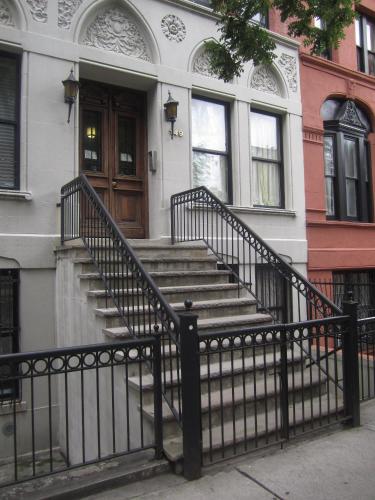 Located less than 10 minutes’ walk to Central Park, this uptown apartment features free Wi-Fi, convenience to local transportation and a fully equipped kitchen with microwave and refrigerator.Book now
from $71 per night 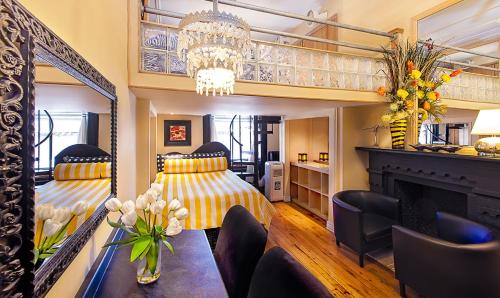 This Manhattan guest accommodation is 10 minutes’ walk from the Apollo Theater and is less than 1 mile from Columbia University. Every unit at the accommodation includes a kitchenette and seating area.Book now
from $100 per night 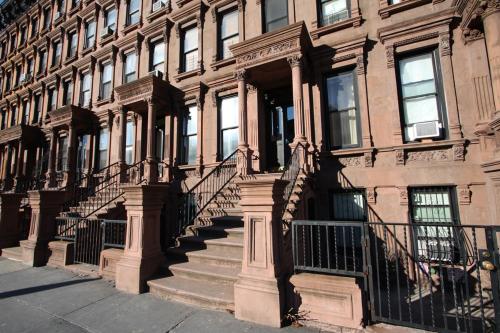 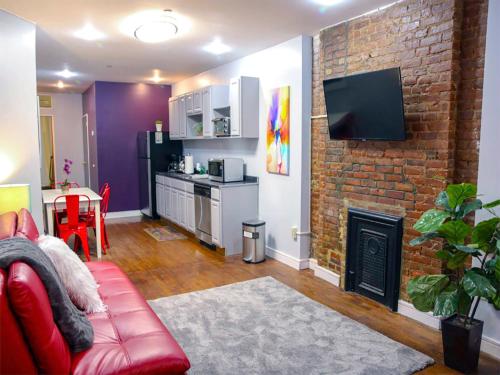 Apartment Clayton-5 in New York features accommodation with free WiFi, 3.6 km from Metropolitan Museum of Art, 3.6 km from Yankee Stadium and 5.3 km from Strawberry Fields. The 3-star apartment is 1.8 km from Columbia University.Book now
from $359 per night 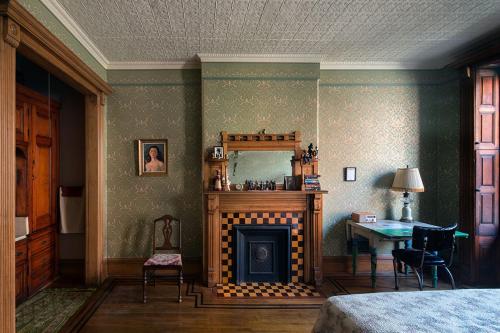 Located in New York and within 1.4 km of Columbia University, The Harlem Flophouse features a shared lounge, non-smoking rooms, and free WiFi throughout the property. The property is around 4.2 km from Yankee Stadium, 4.6 km from Metropolitan Museum of Art and 6.4 km from Central Park. Carnegie Hall is 8.6 km away and Broadway Theatre is 9.1 km from the hotel.Book now
from $125 per night

Central Harlem is, so to speak, the heart of Harlem in Upper Manhattan, a well-known New York district north of Central Park. The name comes from the Harlem River, the river that forms the eastern border of this district. Harlem has gained international fame as one of the most important centers of African-American culture in the USA. There are numerous private apartments in Central Harlem/New York that are rented out to visitors and vacationers. If you would like to spend a few days in New York and experience a little of the atmosphere beyond Fifth Avenue and Wall Street, Central Harlem is an ideal place to do so. Thanks to good bus and subway connections and the famous orange and yellow taxis, you can quickly reach the tourist highlights of New York from Central Harlem. Central Park is only a few hundred meters away on foot.

In a private vacation apartment in Central Harlem (New York) you can get an authentic impression of a lively multicultural neighborhood. You will find comfortably furnished vacation homes as well as simple apartments at lower prices. In any case, you will benefit from a greater independence and greater freedom than when you are couchsurfing in Central Harlem, New York. In the immediate vicinity, you will certainly notice the buildings, which are fundamentally different from the skyscrapers in Midtown Manhattan and Downtown Manhattan. The streets seem brighter and wider because the buildings are lower and the sunlight can penetrate better. By the way, until the 19th century, this part of today’s New York was still very rural. Those who are interested in the African-American culture will find a very special holiday quarter in a private holiday flat in Central Harlem, New York. Numerous shops, bars and restaurants in this quarter are influenced by it, even if meanwhile, other influences are also noticeable. After Harlem had initially developed into a socially problematic district since the 1970s, the area has experienced a significant revaluation since the mid-1990s. Numerous historic buildings have been renovated and new buildings have been erected. Incidentally, former US President Bill Clinton has his office very close by.

A private apartment in Central Harlem, New York, is a good alternative to a hotel – both for a short trip to New York and for a longer stay in the Big Apple. Private apartments in New York are available at 9flats in a wide variety of neighborhoods. If you can’t find something suitable in Central Harlem, there are also many offers in the surrounding area, for example private apartments in the Upper West Side, New York, which is located northwest of Central Park. Your private accommodation in Central Harlem/New York is also a good starting point for trips outside Manhattan, for example to Brooklyn or the other side of the Hudson River. It is best to have a look around on our website and book the apartment that suits you best.