Well done. Look what authentic hosts in Liverpool are offering to you on 9flats. 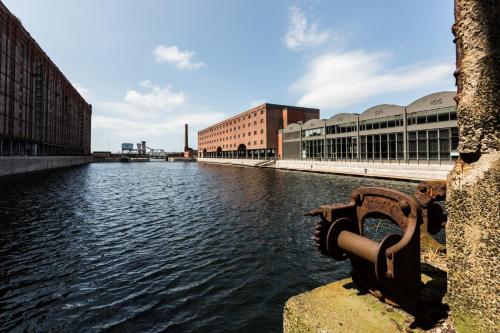 At Liverpool’s Stanley Dock, the Titanic Hotel Liverpool is found in the site’s former North Warehouse, and offers stylish accommodation around 5 minutes’ drive from the city centre. The hotel includes a restaurant and bar, a fitness suite and WiFi.Book now
from $83 per night 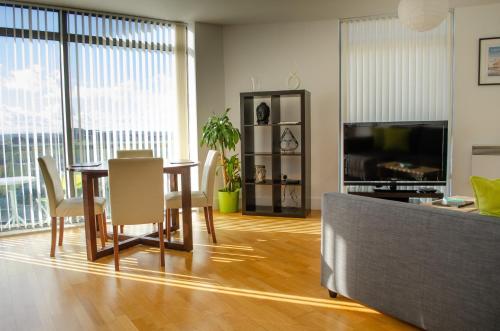 Offering free WiFi and free private parking, Serviced Apartment In Liverpool City Centre - Free Parking - Superb Views - Balcony - by Happy Days is located in Liverpool, within just 800 metres of Philharmonic Hall. The property is 1.8 km from The Cavern Quarter and 1.8 km from Liverpool Echo Arena.Book now
from $83 per night 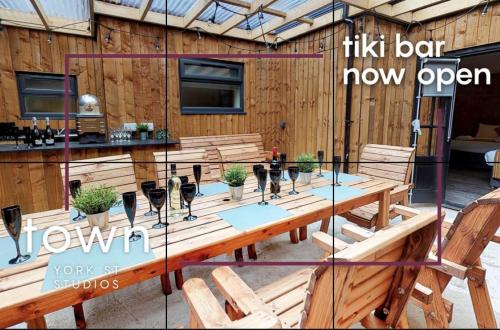 Located within less than 1 km of Philharmonic Hall and a 12-minute walk of Albert Dock in the centre of Liverpool, York Street Studios provides accommodation with free WiFi and seating area.Book now
from $83 per night 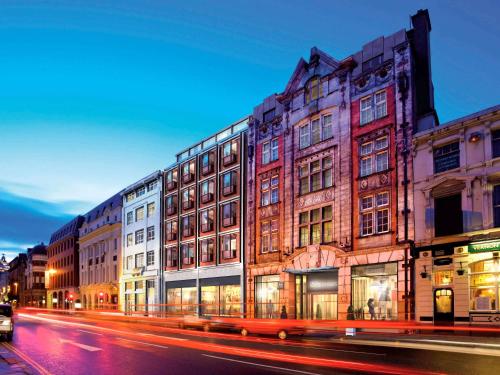 This stylish hotel is directly opposite Liverpool John Lennon Airport with easy access to the terminal. It has free Wi-Fi and modern air-conditioned rooms with a flat-screen TV.Book now
from $83 per night 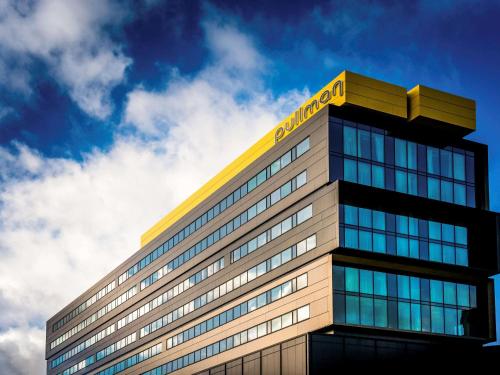 Pullman Liverpool Hotel offers accommodation overlooking the waterfront in Kings Dock, Liverpool. Guests can enjoy the on-site restaurant and bar, and free WiFi is available throughout the hotel.Book now
from $83 per night

Just a 5-minute walk from Lime Street Rail Station, the 4-star Liverpool Marriott Hotel City Centre offers a fitness centre with a relaxation area. The hotel is just 5 minutes' walk from the Liverpool One shopping centre. Free WiFi is available in public areas.Book now
from $83 per night 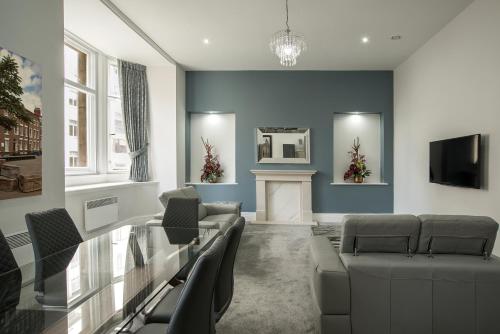 Located in Liverpool, near Liverpool ONE, The Cavern Quarter and Western Approaches Museum, The Castle Collection - 42 Castle Street features free WiFi.Book now
from $83 per night 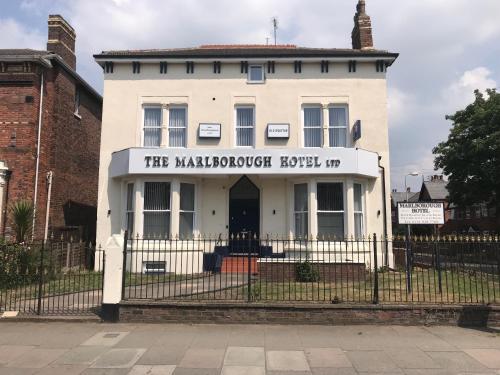 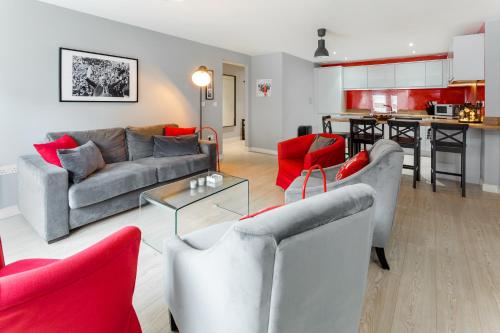 Centrally located apartment in Duke Street- free parking- two bathrooms is situated in the Chinatown district of Liverpool, 600 metres from Philharmonic Hall, 1.1 km from Liverpool Metropolitan Cathedral and 1.8 km from Liverpool ONE. There is an in-house restaurant, plus free private parking and free WiFi are available.Book now
from $83 per night 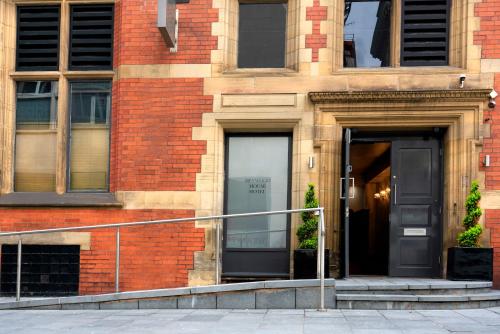 Carefully restored from what was the first bank in Liverpool, Heywood House Hotel, BW Signature Collection combines original elegance with modern luxury. Located within the heart of Liverpool, WiFi is free for guests to use, and there is a 24-hour front desk.Book now
from $83 per night 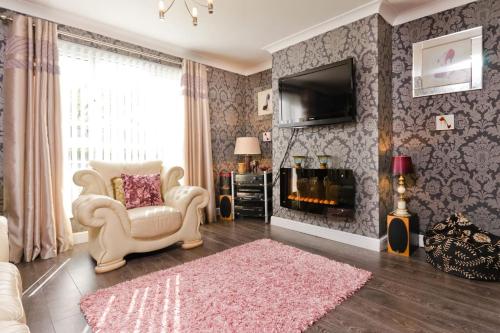 My home is your home Liverpool

Featuring a garden and barbecue facilities, My home is your home Liverpool provides accommodation in Liverpool with free WiFi and garden views. This holiday home is 12 km from Williamson's Tunnels and 12 km from Liverpool Metropolitan Cathedral.Book now
from $83 per night

See all 919 accommodations in Liverpool

A former European Capital of Culture, Liverpool is one of the most popular destinations for a city break in the United Kingdom. Although most people will be familiar with Liverpool’s famous association with pop music, many will not be aware that the city has a number of areas that have been granted World Heritage Status by UNESCO. This diverse and pleasing mixture of pop culture, history and rich architecture make Liverpool a fascinating holiday destination. As is the case with many cities around the world, you will find a range of holiday apartments in Liverpool from 9flats which are mainly situated in the residential areas of the city. These locations offer a more personal flavour to your break and the apartments are a much more comfortable alternative to couchsurfing in Liverpool.

It perhaps should not come as too much of a surprise to learn that the city of Liverpool has been responsible for more UK number one music chart singles than any other city in the world. You can check out the history of Liverpool’s most famous sons, The Beatles, by visiting the permanent exhibition dedicated to the Fab Four – The Beatles Story – at Albert Dock. The Albert Dock area has undergone extensive redevelopment in recent years and, in addition to the Beatles exhibit, is home to the Tate Modern Art Gallery and a great selection of bars and restaurants. There are many 9flats apartments in Liverpool for rent, spread across the city and all offering quality and comfort at an affordable price. These include holiday apartments in Wavertree and holiday apartments in Chinatown, which is actually the oldest Chinese community in the whole of Europe.

The city of Liverpool is home to a number of iconic buildings which are rich in historic legacy. Amazingly, Liverpool has more than two and a half thousand listed buildings in its vicinity and boasts more Georgian buildings than even the city of Bath. Undoubtedly, the most famous structure in Liverpool is the Royal Liver Building. The two Liver Birds which sit atop the 300ft building are perhaps the most potent symbol of the city and a continuation of the many mythical legends which abound about these birds which hold the fate of the city in their grasp. For anyone with the slightest interest in history and architecture, the city of Liverpool is a must-visit with so many beautiful structures to admire.

Liverpool to London and Beyond

Latest reviews for places in Liverpool