Well done. Look what authentic hosts in England are offering to you on 9flats. 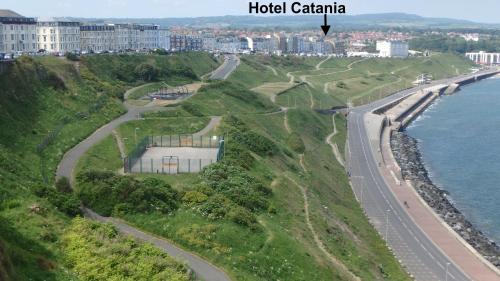 Hotel Catania is a Victorian residence located on the seafront of the town of Scarborough. It was built in 1880 and overlooks the North Sea and Scarborough Castle. There is a large on-site car park offering free private parking.Book now
from $87 per night 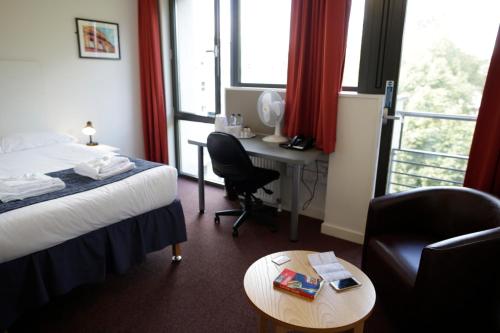 Located in South Kensington, Princes Gardens is one of Imperial College London student halls of residence open to the public.Book now
from $87 per night 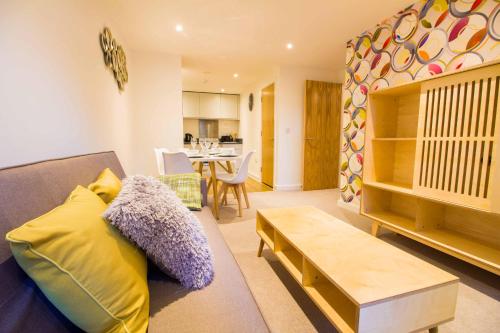 Chavasse Apartments offers accommodation within 300 metres of the centre of Liverpool, with free WiFi, and a kitchen with a fridge, an oven and a microwave.Book now
from $83 per night 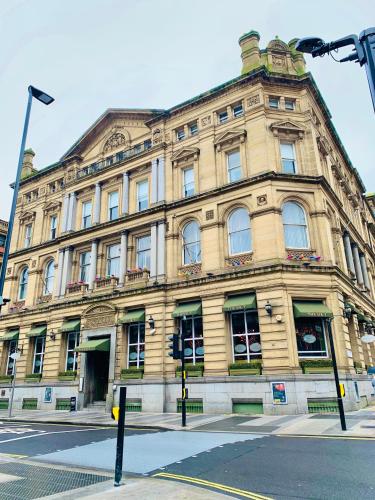 This 3-star boutique hotel is set in Liverpool’s vibrant city centre, 700 metres from Liverpool Lime Street Rail Station. The Sir Thomas Hotel is housed in the 19th century Bank of Liverpool building, mixing original character with modern comforts. It has free Wi-Fi, a stylish restaurant and cocktail bar.Book now
from $87 per night 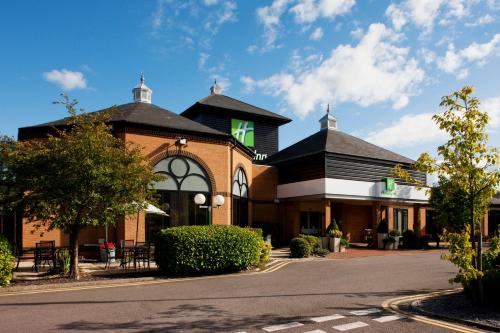 Situated just off the M5 and 2 miles from Gloucester city centre, this Holiday Inn offers modern bedrooms, leisure facilities as well as a restaurant, a bar and free parking.Book now
from $41 per night 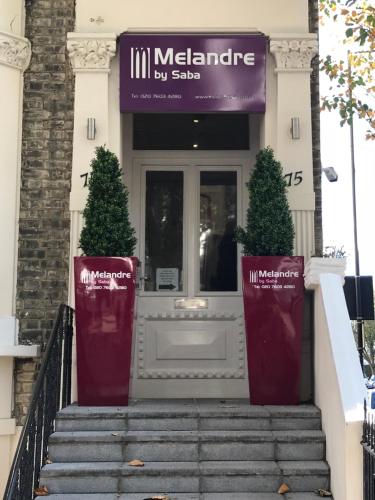 Situated in London and within an 11-minute walk of Olympia Exhibition Centre, Melandre Hotel By Saba has a garden, non-smoking rooms, and free WiFi. Built in 1920, the property is within 900 metres of Hammersmith Apollo. Riverside Studios is 1.2 km from the hotel.Book now
from $41 per night 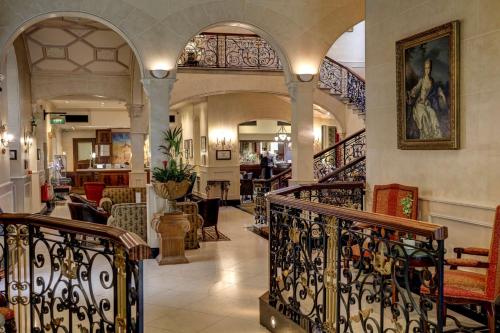 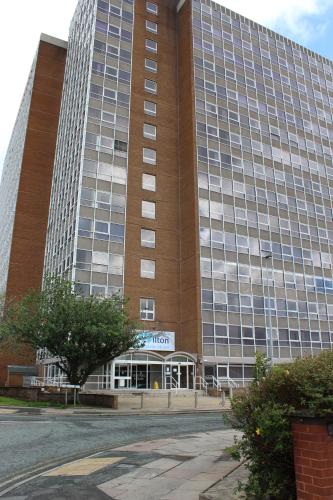 Milton Manchester Hotel offers accommodation in Eccles, 4 km from Salford. Central Manchester is 7 km away. Guests can enjoy the on-site restaurant and bar. Free WiFi is provided throughout the property and free private parking is available on site.Book now
from $87 per night

The Green Room offers bed and breakfast accommodation in a secluded position in Yeovil’s town centre. Guests can enjoy a sumptuous dinner menu served in a splendid 16th-century restaurant.Book now
from $56 per night 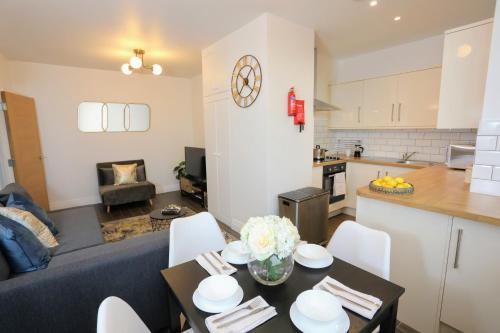 Situated in Watford in the Hertfordshire region, with Watford Junction nearby, Aisiki Living at Upton Rd, Multiple 1, 2, or 3 Bedroom Apartments, King or Twin beds with FREE WIFI and FREE PARKING features accommodation with free WiFi and free private parking.Book now
from $118 per night 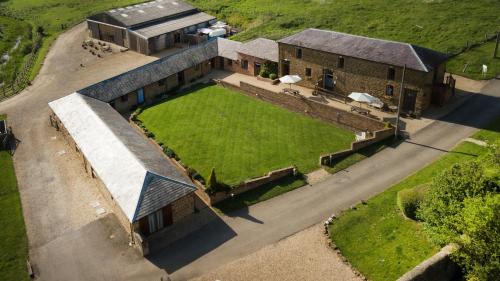 This historically listed 300-year-old farm building is set in 2000 acres of Fawsley Estate parkland. There is ample free parking on site, and in the morning a full English breakfast is provided.Book now
from $87 per night 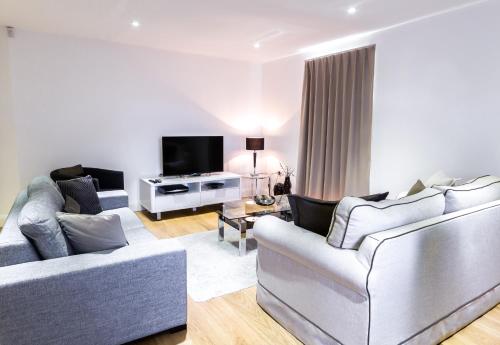 Surbiton Hills Apartment is located in Kingston upon Thames, 2.6 km from Hampton Court Palace, in an area where cycling can be enjoyed. This apartment provides a garden as well as free WiFi.Book now
from $224 per night

See all 116383 accommodations in England

If you are looking for a nice holiday home in England, then look around with us, because we mediate, comparable to Couchsurfing in England, comfortable apartments from private. However, our holiday homes offer you much more freedom and privacy as you don’t have to share them with others. To provide you with as much detail as possible, we have provided the apartments on our pages with numerous photos and information, including current guest comments. For example, you can find out how others have felt in a holiday home in Cornwall or an apartment in Bath and North Somerset.

Interesting and worth seeing around the holiday apartments in England

“England” is often mistakenly equated with “Great Britain”, but it borders Wales and Scotland and is the most densely populated part of the “United Kingdom of Great Britain and Northern Ireland”. Probably the most popular travel destination in England is London, the capital. In this colourful mix of history and modern lifestyle there are almost endless possibilities to spend interesting holidays. So if you are looking for the right private holiday home in England for a round trip, you could start in London, for example, because there are many daily flights between Germany and the state capital. If you are then drawn from the lively metropolis to the quieter northwest, Apartments in South Lakeland are a good alternative. This district is located in the county of Cumbria on the west coast of the Irish Sea. It is almost perfect if you want to hike for days, e.g. in the Lake District National Park. This 2,172 km² national park encloses a breathtaking mountain and lake landscape with impressive panoramas.

Enjoy your holiday in an apartment in England

Wonderful apartments in England can also be found if you want to spend your holiday in the south of the country, because it not only has a distinct history, but is also full of scenic highlights and interesting cities, such as Brighton. Founded by the Anglo-Saxons in the 5th century, Brighton developed into the most famous and largest seaside resort in England. Here stands the probably most exotic palace in Europe, the Royal Pavilion, which was built between 1815 and 1822 and today serves as a museum. Another landmark adorns the postcards that go almost daily from Brighton to all over the world: the Brighton Pier, also called Brighton Marina and Palace Pier. It was built in 1899 and has lost none of its charm ever since – also due to the reconstruction after a fire and a violent storm. It’s particularly idyllic when you set off to Cornwall in search of the perfect holiday home in England, where picturesque cottages, a wildly romantic coastline and the tranquil atmosphere that has already provided the backdrop for numerous film productions make this region so special. And if you’re thinking about other apartments in the UK, Scotland and Northern Ireland also offer great opportunities for a holiday. Book one of England’s dream apartments now and enjoy a relaxing holiday on these diverse islands.

Latest reviews for places in England