Well done. Look what authentic hosts in Toulouse-Faubourgs des Minimes are offering to you on 9flats. 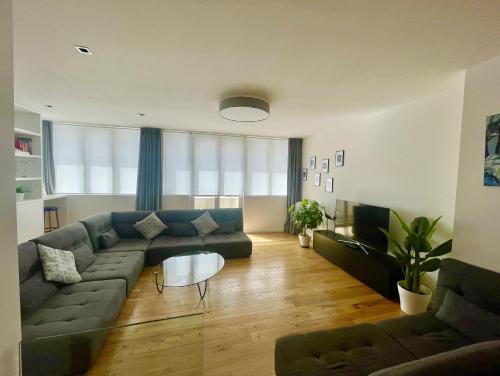 Located in the centre of Toulouse, 5.7 km from Toulouse Stadium and 6.6 km from Zénith de Toulouse, Le Bonrepos - Appartement 2 chambres clim & parking offers a terrace and air conditioning. This property offers access to a balcony, free private parking and free WiFi.Book now
from $78 per night 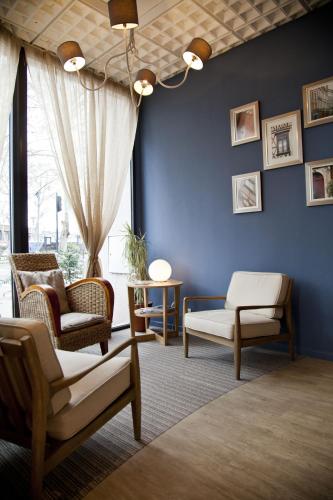 Hôtel d’Orsay is located opposite Toulouse Matabiau Train Station. It offers soundproofed rooms that have air conditioning, satellite TV with Canal+ and WiFi internet access.Book now
from $78 per night 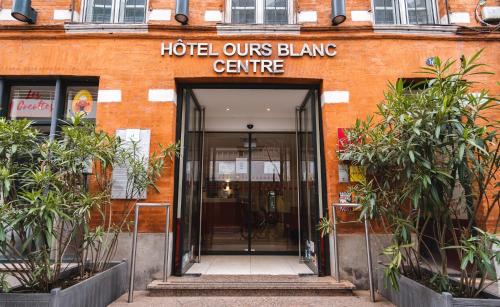 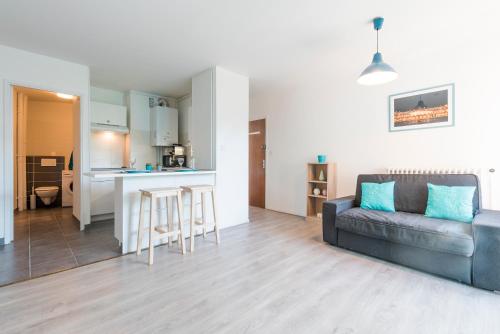 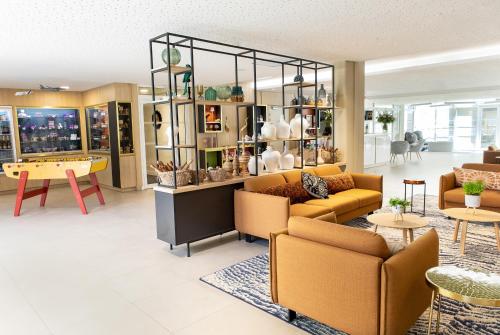 Residhome Toulouse Ponts Jumeaux is set in the Minimes - Barriere de Paris district of Toulouse, 3.6 km from Zénith de Toulouse and 3.7 km from Toulouse Expo. Free WiFi is offered throughout the property and private parking is available on site, (depending on the availability).Book now
from $53 per night 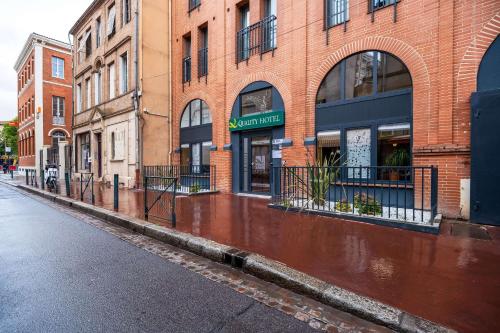 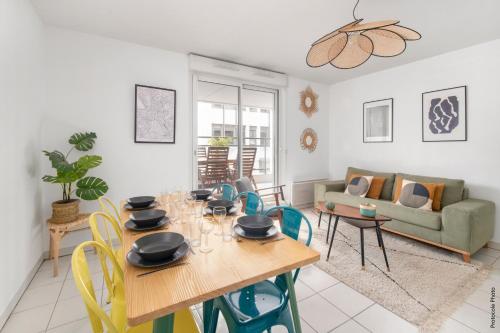 Boasting city views, NOCNOC - Le Cocon Hypercentre features accommodation with a balcony and a kettle, around 3.7 km from Toulouse Stadium. The Zénith de Toulouse and the Amphitheatre Purpan-Ancely are within 5 km and 7.9 km of the apartment, and free WiFi is provided.Book now
from $78 per night 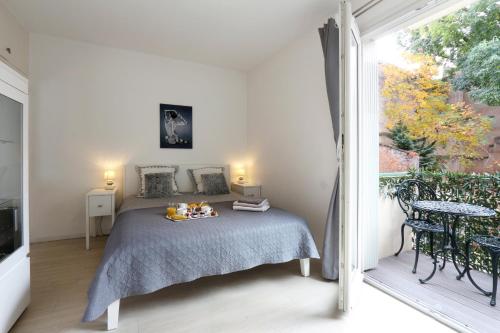 Practically located in Capitole of Toulouse, Apartments Riverside Toulouse, the ART of hosting boasts a terrace and free WiFi. With free private parking, the property is a 19-minute walk from Toulouse Expo.Book now
from $78 per night 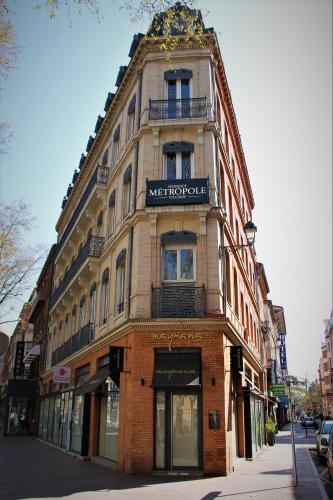 Situated 4.1 km from Toulouse Stadium and 5.3 km from Zénith de Toulouse, Residence Metropole Toulouse in Toulouse features air-conditioned accommodation with views of the city and free WiFi.Book now
from $95 per night

The Social Hub Toulouse has a restaurant, seasonal outdoor swimming pool, a bar and shared lounge in Toulouse. This 4-star hotel offers dry cleaning services and luggage storage space. The accommodation features entertainment staff and a 24-hour front desk.Book now
from $78 per night 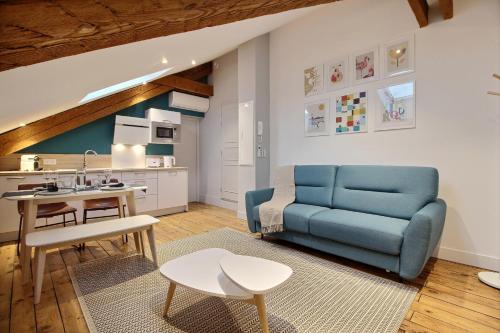 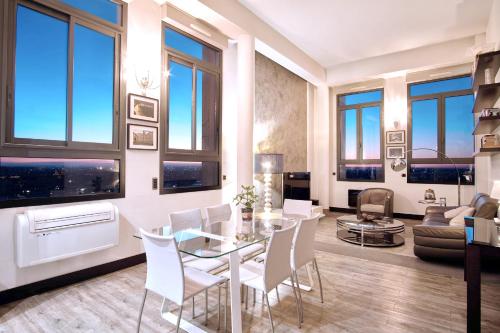 Set in the centre of Toulouse, Haut Lofts - Toulouse Centre Ramblas offers accommodation with free WiFi and a shared lounge. It is located 3.1 km from Toulouse Exhibition Park,Book now
from $95 per night

Les Minimes is a district just to the north of Toulouse city centre. Originally it was outside of the city walls but has since grown into an affluent residential area. Staying in a holiday apartment in Les Minimes is a great way to get to know Toulouse. Here you will become part of the local French population, living in their neighbourhood and getting to know the people and culture just as you come to know the city. Indeed, renting your holiday accommodation in Les Minimes from 9flats is much like couchsurfing in Les Minimes. It provides the same authentic experience but offers far greater comfort and privacy in your own room or entire apartment. A holiday apartment in Les Minimes then is a great way to get to know both the city and the people as you explore Toulouse.

Exploring from your holiday apartment in Les Minimes

Les Minimes was originally an area occupied by a religious order of the same name and dates from the late 15th century. In the 19th century it became an area for horticulture and many growers remained into the 1960s. Today the area is made up of narrow streets and pleasant houses, constructed with traditional bricks and pebbles called “the Toulousaines”. It is a pleasant, low rise neighbourhood, with plenty of bars, restaurants and cafes, with the city centre lying just across the Canal du Midi to the south. It is a good choice for those looking for a holiday apartment in Toulouse just a little removed from the bustle of the city centre.

An alternative to your holiday accommodation in Les Minimes

A holiday apartment in Rangueil will see you cross the city centre to a district in the south. Here you will find many of Toulouse’s aeronautical and technological colleges and industries. It is bordered to the west by the Garonne, with extensive riverside park lands to enjoy. This is a more modern area of Toulouse, with many well-kept houses and apartment blocks. The proximity of the academic institutions and technological businesses make it a popular residential area for students and workers alike and it is within a few kilometres of the city centre.

Moving on from Les Minimes and Toulouse

Before leaving France, a visit to its stunning capital city is essential and a holiday apartment in Paris could be your base as you explore the City of Light. Here you will find a city of grand boulevards, astonishing architecture and fabulous art collections. But it is also a city of quiet pavement cafes, where you can simply watch the world go by. Leaving France, a short hop across the English Channel will take you to a holiday apartment in London where you can see world famous sights like the Tower of London, Buckingham Palace and the Houses of Parliament. Wherever you decide to travel, always check out 9flats for great locally owned accommodation in some of the world’s best locations. Book your apartment in Les Minimes now to begin your experiences.