Well done. Look what authentic hosts in British Columbia are offering to you on 9flats. 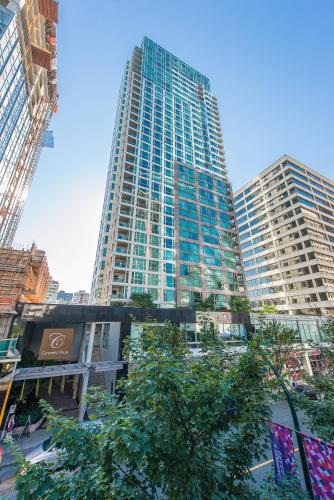 This Vancouver hotel is less than 5 minutes’ walk from Robson Street. All suites offer full kitchens and free WiFi. Stanley Park is only 4 minutes' drive away.Book now
from $123 per night 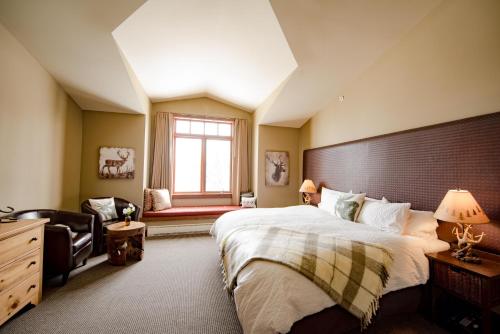 This lodge is located 4 minutes' walk from the base of Kicking Horse Mountain Resort, a restaurant and a bar are located on-site. Free WiFi is included.Book now
from $123 per night 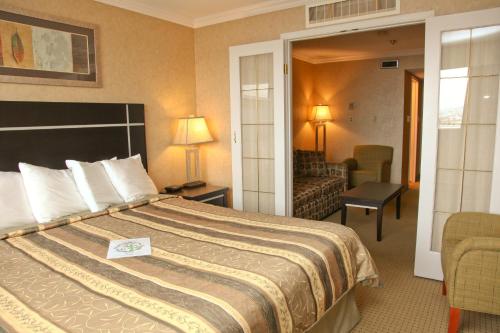 A restaurant and lounge are featured at this Dawson Creek property. A microwave is offered in each guest room. Free WiFi is provided in all areas. Dawson Creek Exhibition is 1 km away.Book now
from $84 per night 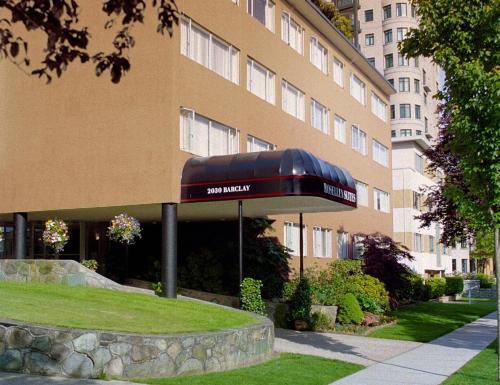 Nestled in Vancouver's West End and 150 metres from Stanley Park, this all-suite hotel offers fully-equipped kitchens. It is within 2 km from the Vancouver Aquarium and Vancouver Convention Centre. Free Wi-Fi is included.Book now
from $99 per night 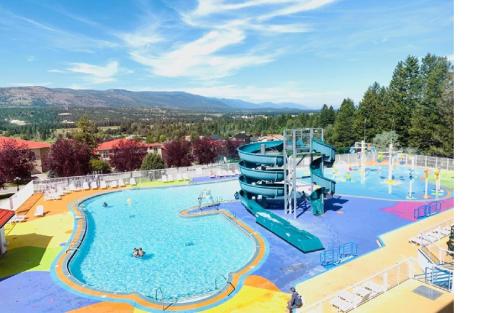 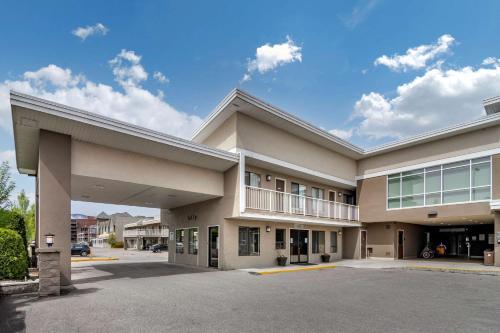 Featuring an indoor pool and hot tub, this property is located in Kelowna, British Columbia. All guestrooms offer convenient coffeemakers and refrigerators. Free WiFi is provided in all areas.Book now
from $84 per night 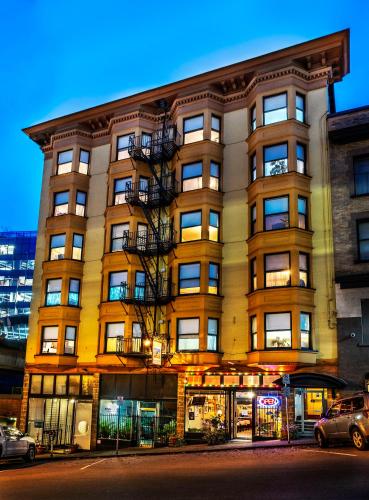 This hotel features one-bedroom suites with a full kitchen and separate living room. Douglas College is less than 5 minutes’ walk from hotel. Downtown Vancouver is less than 30 minutes’ drive away.Book now
from $70 per night 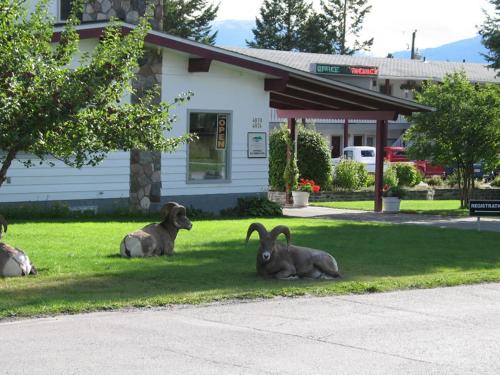 This Radium Hot Springs motel offers rooms with free Wi-Fi. Guests can enjoy mountain views from the sundeck. BBQ facilities are available for outdoor entertainment. The Hot Springs are 2 km away.Book now
from $84 per night 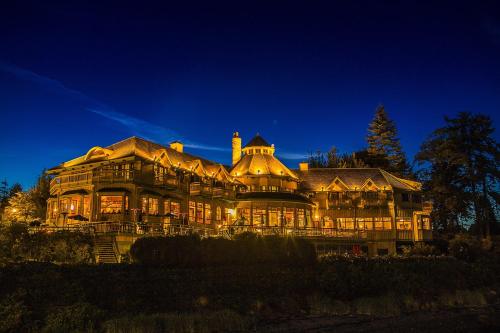 This resort is 4 km from downtown Campbell River and adjacent to April Point Resort and Spa. It features an outdoor pool, hot tub and spacious rooms with a private balcony.Book now
from $84 per night 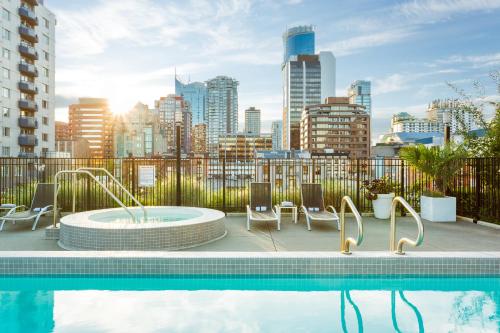 This Vancouver hotel features an outdoor swimming pool and full kitchens in each room. Guests can enjoy a clean atmosphere at this all non-smoking property.Book now
from $146 per night 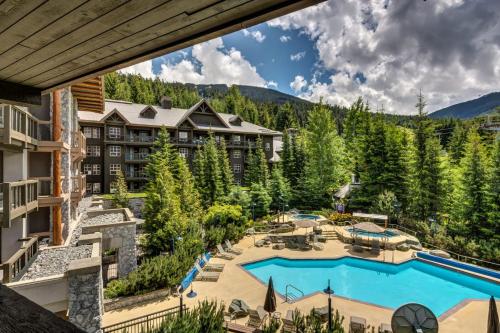 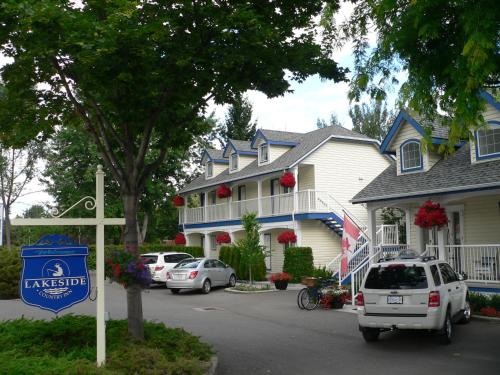 Featuring a private beach along Kamloops Lake, this charming inn offers a flower garden surrounded by weeping willows. Guests can enjoy the lake breeze comfortably seated on the white porch.Book now
from $84 per night

See all 2943 accommodations in British Columbia

British Columbia is Canada’s westernmost province, stretching from the US border to Yukon in the far north. In between, the province covers some 7,000 kilometers of Pacific coast, and from a vacation home in British Columbia, you can explore the rugged rocky coastlines, island and fjord landscapes of this vast area in your own unique way. Your apartment in British Columbia is located in a virtually deserted province with just five inhabitants per square kilometre, almost all of whom live in the southern parts of the country. All the more spectacular appear the deserted mountain ranges, which provide in the background of the coast for an incomparable panorama. Book now a holiday apartment in Canada and experience once completely directly, how it lives here in the extreme north. With accommodation from 9flats.com, you live like a Canadian.

From the Origins of Canada to the Metropolis of the West Coast: Accommodation in British Columbia

British Columbia was originally home to Canadian natives, and to this day around 200 tribes live throughout the province, some of which differ considerably in both culture and language. However, the majority of the population is now of European descent and lives in the southern conurbations. If you book a holiday home in British Columbia in the Vancouver metropolitan area, you can get to know the Canadian way of life in the populous Lower Mainland and visit the largest city in British Columbia. Vancouver is one of Canada’s most important cities, and its attractive location between the sea and the mountain ranges of the coastal plain is also worth a detour from an accommodation in Seattle. Use your private vacation home in British Columbia to experience the international flair of Vancouver at Canada Place, a futuristic dock in the harbor from which you can admire Vancouver’s skyline as well as the docking cruise ships. Visit the viewing platform in the Harbour Center Tower, enjoy a stroll through the historic Gastown district with its restaurants, cafes and shops or cross the Capilano River on a 137-metre suspension bridge. Vancouver’s nightlife is also legendary; you’ll find the city’s hottest nightclubs in the business district around Granville Street.

From your British Columbia apartment to the Rocky Mountains

One of British Columbia’s greatest attractions is the Rocky Mountains, which run parallel along the coast from the northwest of the USA. If you book a holiday home in British Columbia within easy reach of the mighty mountain range, you can not only spend your holiday in a true outdoor paradise with excellent skiing, hiking and climbing opportunities, but also visit the 1988 Winter Olympics in Calgary, east of the Rockies. Despite the size of the province, your accommodation in British Columbia is also within easy reach to visit your southern neighbour. An apartment in Surrey and the Southern Metropolitan Region is just a two hour drive from Seattle, Washington State. To continue your journey to a Toronto Holiday Home, you can use several daily flights from Vancouver International Airport with approximately 4.5 hours flight time. Or you can visit one of the neighbouring provinces of British Columbia. In this case we can recommend our Apartments in Alberta.