Well done. Look what authentic hosts in Alberta are offering to you on 9flats. 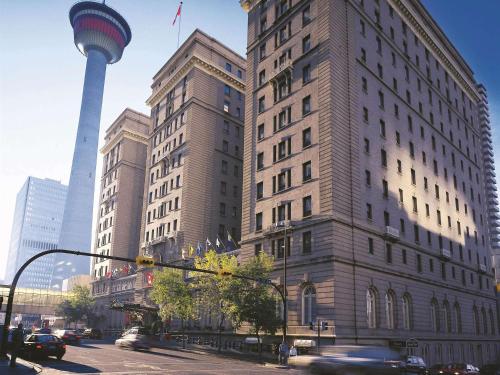 Featuring a large indoor pool and hot tub, this luxurious hotel is connected to the Calgary Telus Convention Centre by skywalk. Several on-site dining options are available. Guest rooms feature cable TV with pay per view and a work desk. Calgary Tower is only 100 m away.Book now
from $116 per night 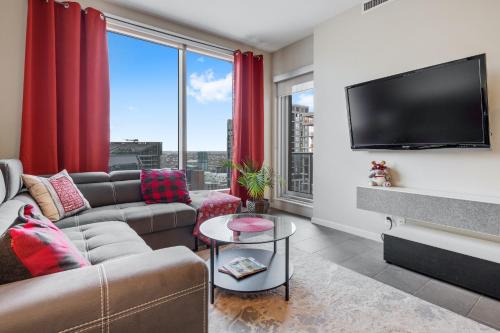 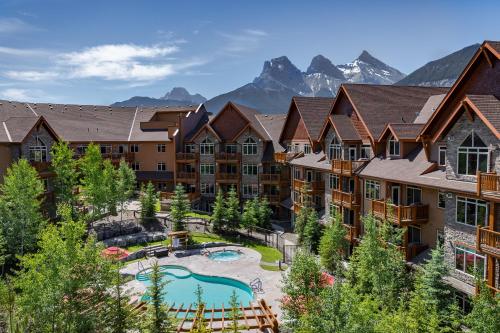 This all-suite hotel in Canmore is within 15 minutes' drive of Banff National Park. Each spacious suite offers a full kitchen, a deck or patio and free WiFi.Book now
from $114 per night 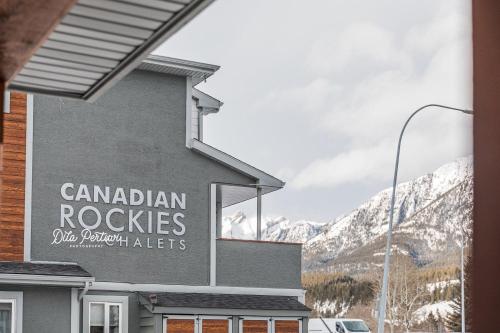 Featuring views of the Canadian Rockies, this Canmore accommodation offers free WiFi. A fully equipped kitchen is included in each guest suite. Silvertip Golf Course is 3 km away.Book now
from $94 per night 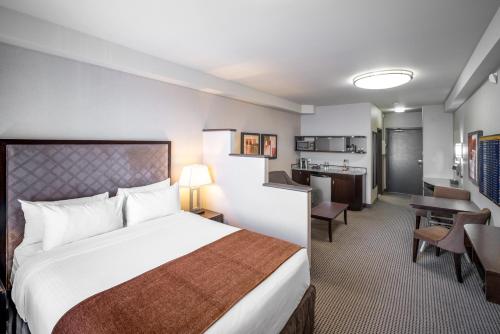 Just 6 minutes' drive from Calgary International Airport, this hotel provides an on-site restaurant and a free airport shuttle (5 am - 1 am daily). A 42" flat-screen TV is offered in each guest room.Book now
from $57 per night 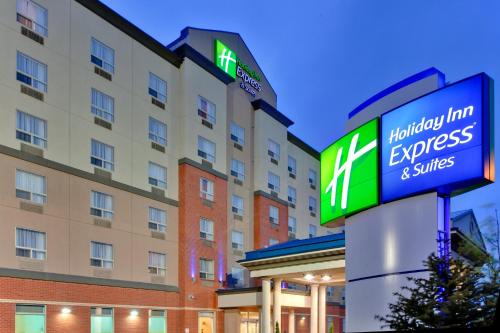 An indoor pool and hot tub is available at the Holiday Inn Express Hotel & Suites-Edmonton South, only 7 km from Whyte Avenue. A breakfast buffet is served each morning. Free WiFi is available.Book now
from $65 per night Featuring a heated indoor pool, Element Calgary Airport offers accommodation only 15 minutes' drive from the airport. All guestrooms include a fully-equipped kitchenette. Free WiFi is provided in all areas.Book now
from $69 per night 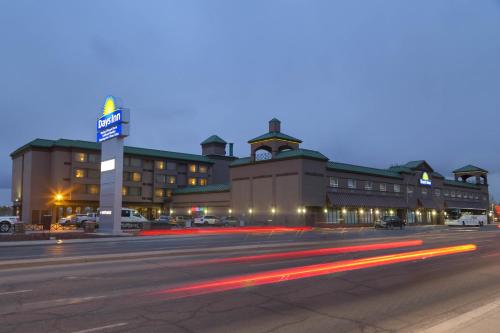 Featuring an indoor swimming pool and hot tub, this hotel is 4 km from Calgary city centre and the Calgary Zoo. Guest can enjoy a complimentary continental breakfast consisting of hot waffles and scrambled eggs. Free WiFi is provided.Book now
from $79 per night Service Plus Inn and Suites Calgary

Offering an indoor pool, hot tub, and 100' water slide, Service Plus Inn and Suites Calgary is only 10 minutes from Maple Ridge Golf Course. A daily buffet breakfast is served. Free WiFi is available.Book now
from $84 per night 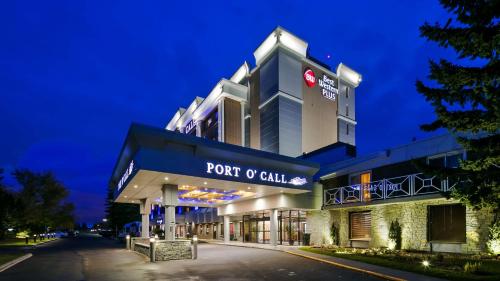 Only registered hotel guests have access to the on-site pool and waterpark and must wear their designated wrist bands to identify them as a register guest, this Calgary property provides free Wi-Fi. Free underground heated parking is included. Calgary International Airport is 10 minutes’ drive away.Book now
from $72 per night 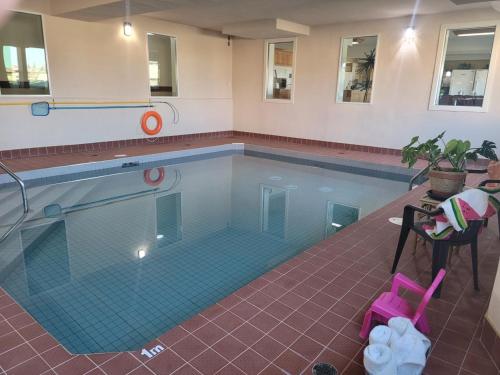 Western Budget Motel #3 Whitecourt is located in Whitecourt. Among the facilities of this property are a restaurant nearby, a shared lounge and an ATM, along with free WiFi throughout the property.Book now
from $79 per night 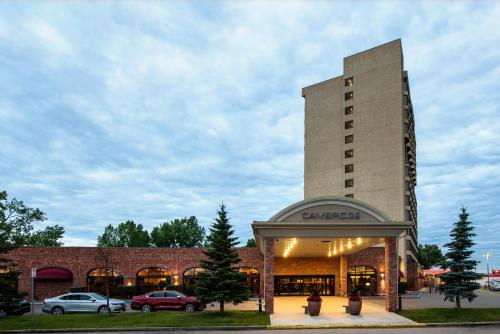 See all 1462 accommodations in Alberta

Holiday homes in Alberta, the province on the edge of the Rocky Mountains

Unimaginable expanses, spectacular mountain scenery and crystal-clear forest lakes – this is what most holidaymakers imagine the Canadian North to be like. Alberta is one of the provinces where you can actually experience these postcard pictures, as the almost deserted landscapes of the northern forests await you north of your holiday home in Alberta. To the west, the province borders the Rocky Mountains, which offer breathtaking mountain scenery for an unforgettable outdoor adventure, while an Alberta apartment in the southern cities of Calgary and Edmonton gives you an insight into life in the second largest country in the world. If you’re staying in private accommodation, you’re not staying in Alberta as a tourist, but among its people, yet you don’t have to limit yourself to comfort and privacy. Book a cheap holiday home in Alberta now and visit the 1988 Winter Olympics in Calgary or explore Jasper National Park and Banff National Park along the Icefields Parkway panoramic road. With accommodation in Canmore you have the Canmore Nordic Centre Provincial Park right on your doorstep, where you can hike and mountain bike extensively on the biathlon and cross-country trails of the 1988 Olympic Games.

Like so many areas of Canada, Alberta is a water-rich province that owes its countless rivers and lakes not only an immense variety of landscapes, but also its fertile soils. The southern plains around your Alberta vacation home, with their endless wheat fields and pastures, create a rural idyll that continues into tranquil towns like Red Deer or Medicine Hat on the southern Saskatchewan River. If you’ve previously lived in an Apartment in British Columbia and travelled from Vancouver to Alberta, you’ll feel lost in the endless vastness, and nowhere will you get the impression of having been transported back in time more than in the Dinosaur Provincial Park near Brooks. The park’s extraordinary semi-desert and cactus landscapes contrast impressively with Alberta’s northern mountain and forest landscapes. Above all, however, the Dinosaur Provincial Park is one of the richest sites for dinosaur fossils in the world and has also been a UNESCO World Heritage Site since 1979.

From a holiday home in Alberta, you can not only explore the deserted expanses of northern Canada in your own way, but also visit the provinces bordering to the east. Saskatchewan and Manitoba, as well as Alberta, are among Canada’s Prairie Provinces, characterized by their southern plains and wide hilly landscapes. If you are travelling east from your Alberta holiday apartment, you should not miss a detour to the tranquil Saskatoon, which despite its small town atmosphere is also an important traffic junction of the Prairie Provinces. Have a look at our Accommodations in Saskatchewan. Find out more about Holiday homes in Canada and visit the metropolises Ottawa and Montréal in the far east of Canada.

Alberta
close
Cookies help us deliver our services. By using our services, you agree to our use of cookies.