Well done. Look what authentic hosts in Vienna-Favoriten are offering to you on 9flats. 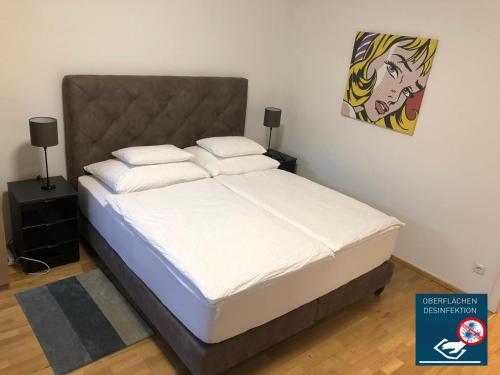 Boasting city views, Sweet Dreams features accommodation with a terrace and a kettle, around 1.8 km from Museum of Military History. The Belvedere Palace and the Vienna State Opera are within 1.8 km and 3.1 km of the apartment, and free WiFi is provided.Book now
from $108 per night 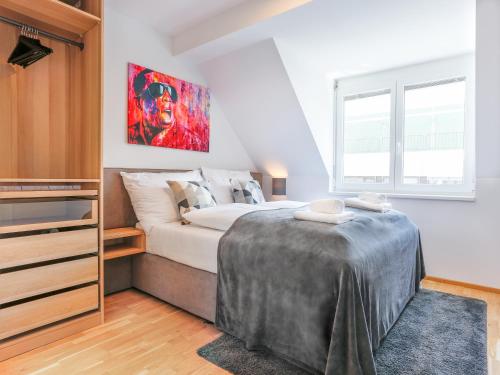 Situated at two locations within 400 and 900 metres from the Main Train Station and the Belvedere Palace (in the 4th and 10th Viennese district), SKY9 Penthouse Apartments offers elegant and differently sized studios and apartments with free WiFi and panoramic views of the city. Belvedere Palace can be reached within a 10-minute tram ride.Book now
from $65 per night

Featuring free WiFi, Betariel Apartments S22 is set in Vienna, a 5-minute walk from Vienna Main Railway Station. Belvedere Palace is 1.4 km from the property.Book now
from $24 per night 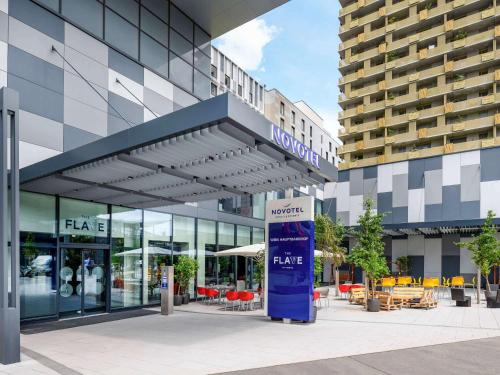 Located in Vienna, 800 metres from Belvedere Palace, Novotel Wien Hauptbahnhof features a sauna and fitness centre. Guests can enjoy the on-site restaurant.Book now
from $103 per night Located within less than 1 km of Belvedere Palace and a 15-minute walk of Museum of Military History in Vienna, JOYN Vienna - Serviced Apartments provides accommodation with free WiFi and seating area.Book now
from $65 per night 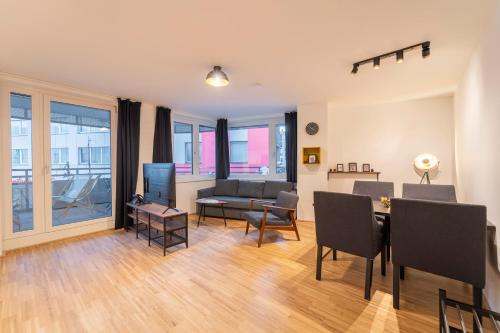 Andaz Vienna Am Belvedere - a concept by Hyatt

Located in Vienna, 600 metres from Museum of Military History, Andaz Vienna Am Belvedere - a concept by Hyatt provides accommodation with a restaurant, private parking, a fitness centre and a bar. Featuring family rooms, this property also provides guests with a terrace. The accommodation offers a 24-hour front desk, room service and currency exchange for guests.Book now
from $171 per night 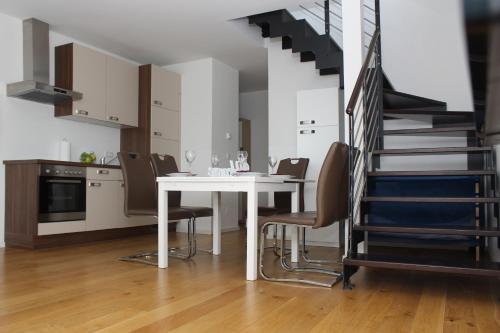 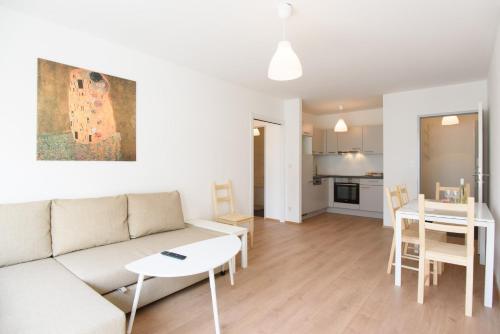 Located 2.6 km from Museum of Military History, Vienna Living Apartments - Senefeldergasse offers a terrace, and accommodation with a balcony and free WiFi.Book now
from $46 per night 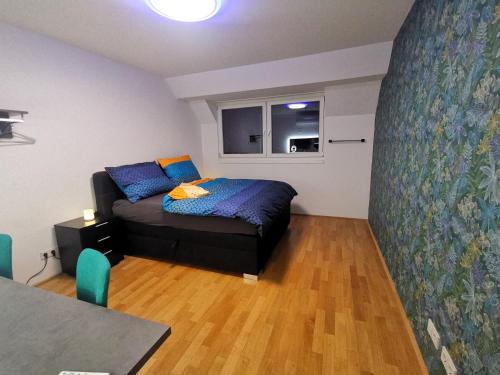 Private room connected to metro station and next to City center

Located 2.1 km from Museum of Military History in Vienna, Private room connected to metro station and next to City center provides accommodation with air conditioning and free WiFi.Book now
from $55 per night 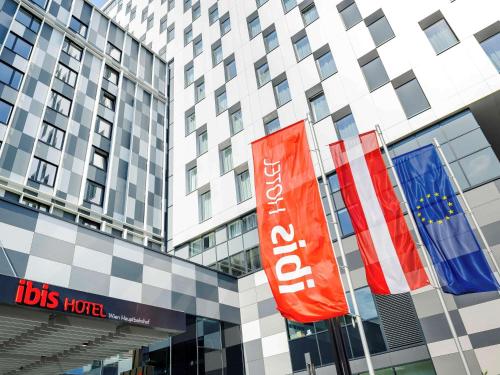 Ibis Wien Hauptbahnhof is located in Vienna, 800 metres from Belvedere Palace and 2 km from Vienna State Opera. Guests can enjoy the on-site bar.Book now
from $82 per night

The Star Inn Hotel Premium Wien Hauptbahnhof, by Quality is located directly opposite Vienna’s Main Railway Station and offers modern rooms with air conditioning and free WiFi access. An underground station of the line U1 providing connection to the city centre is just a short walk away.Book now
from $113 per night

See all 52 accommodations in Vienna-Favoriten

A private apartment in Favoriten, Vienna, proves that even a classic working-class district can offer a lot of variety. In hardly any other section are modern office complexes, extensive community buildings and generous local recreation areas closer together than here. Book an apartment with us in Favoriten, Vienna, for your personal stay in one of the most versatile districts of the Danube metropolis as an alternative to couchsurfing in Favoriten (Vienna).

Apartments in Favoriten, Vienna: This is where most of the Viennese people live.

Favoriten is located in the south of Vienna and is the most populous district of the Austrian capital. Favoriten is regarded as a typical working class district and forms its own small microcosm which is characterised by numerous cultural influences and important local recreation areas. Here, on the slopes of the Vienna and Laaer Hills, you will also find the most important wine-growing areas within the city limits. The image of favourites is subject to constant change and is increasingly characterised by modern building complexes such as the Vienna Twin Tower or the new main railway station. The architectural antithesis is formed by extensive municipal residential complexes that were built more than 100 years ago. Here you will also find numerous private holiday apartments in Favoriten, Vienna. One of the most striking historical buildings is the water tower erected on the top of the Wienerberge in 1899. Since 1990, the tower, designed in industrial historicism, has also been open to the public – on the roof you can enjoy a wonderful panoramic view over the whole of Vienna. The centre of the autonomous scene is the Ernst-Kirchweger-Haus, which has been occupied since 1990. Over the years, it has developed into an internationally renowned anti-fascist centre, which offers a variety of daily events such as concerts, readings and discussions. The facilities freely accessible to visitors include bicycle workshops, a computer laboratory, libraries and a screen printing workshop.

From a culinary point of view, the district is characterised by numerous inexpensive restaurants which, in combination with private accommodation in Favoriten, Vienna, will also please your travel budget. That doesn’t mean that you won’t be able to enjoy it to the full. The best example of this is the Loving Hut in Favoritenstraße. The restaurant, which has only five tables, specialises in vegan food, but also convinces “Fleischtiger” with its imaginative and extremely tasty dishes. A true oasis in the middle of the city is the garden bar in Liesingbachstraße. The name says it all, as the restaurant has a beautiful garden in an inner courtyard. Here, one almost forgets that one is actually in the middle of the city and that on the other side of the building dense traffic pushes over the Leopoldsdorfer Straße. You should definitely try the numerous homemade spreads, which are prepared according to ancient original recipes. Before going back to your private accommodation in Favoriten (Vienna) in the evening, you should jump into the Places Bar (Gussriegel Straße). The skilful combination of cafe, bar and lounge not only impresses with its modern but cosy ambience, but first and foremost with its large selection of cocktails, which you can enjoy with relaxing music. If your favourites are too far away from the city centre, you can also book numerous other private apartments in Vienna, which are located in the historical centre of the city. Visitors who are particularly interested in culture, for example, often use inexpensive holiday apartments in Wieden, Vienna. From here it is only a stone’s throw to world-famous sights such as St. Stephen’s Cathedral or the Museumsquartier.

Latest reviews for places in Vienna-Favoriten