Well done. Look what authentic hosts in Madrid-Palacio are offering to you on 9flats. 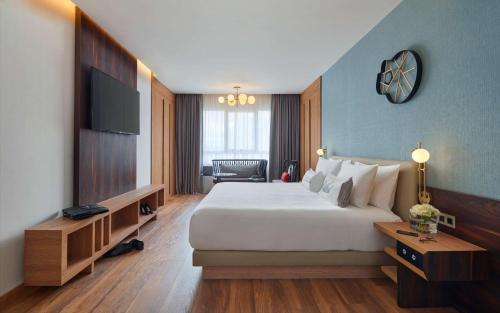 Hyatt Centric Gran Via Madrid is located in the heart of Madrid and features a 24-hour gym, a bar and on-site dining. Gran Via Metro Station is 150 metres away. Free WiFi is offered throughout the property.Book now
from $197 per night 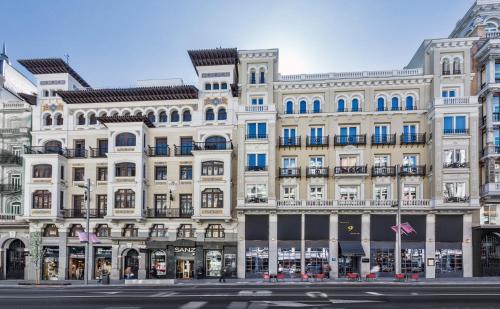 Catalonia Gran Vía offers a terrace with a pool and views over Gran Via. There is free Wi-Fi and small gym. It is situated in central Madrid, between Puerta del Sol and Plaza de Cibeles.Book now
from $129 per night 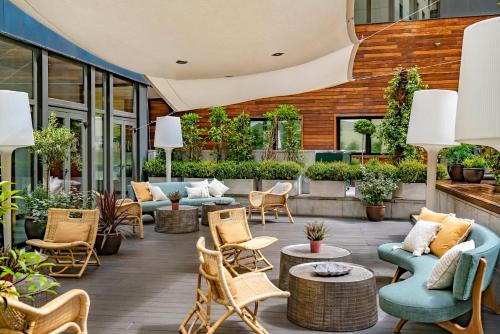 Located in Madrid’s historic city centre, the Vincci Soho is just 200 metres from the Thyssen-Bornemisza Art Gallery. The modern design hotel has rooms with basic WiFi and a flat-screen TV.Book now
from $89 per night 7 Islas Hotel is located 200 metres from Madrid’s Gran Via. It offers free Wi-Fi, and elegant rooms feature a marble bathroom with amenities, air conditioning and some include a terrace.Book now
from $99 per night 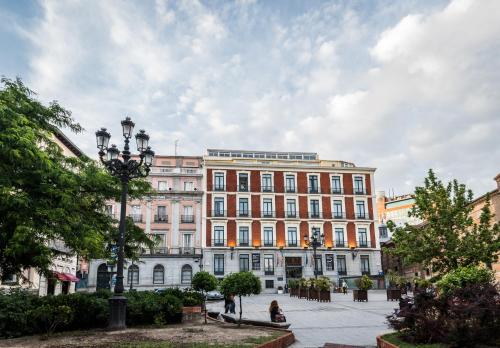 The elegant Palacio San Martín is located in a quiet pedestrian street in central Madrid. It is opposite the beautiful Descalzas Reales Convent, 5 minutes’ walk from Puerta del Sol Square.Book now
from $118 per night 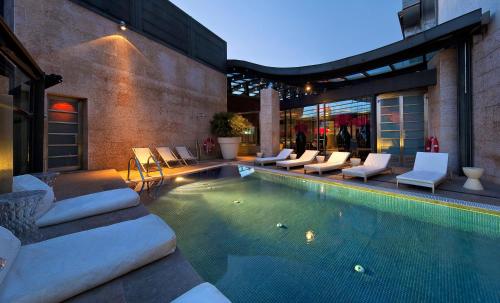 This boutique hotel houses a permanent display of art from Papua New Guinea. Hotel Urban has a small rooftop swimming pool and a terrace open in summer, and a cocktail bar.Book now
from $180 per night

Located in Madrid, 600 metres from Puerta del Sol, Pestana Plaza Mayor Madrid offers amenities including a seasonal outdoor swimming pool and a fitness centre. Less than 1 km from Mercado San Miguel and a 13-minute walk from Puerta de Toledo, the property offers a terrace and a bar. The accommodation provides a 24-hour front desk, spa and free WiFi is available.Book now
from $142 per night

The Hotel Preciados is located in the heart of Madrid, 5 minutes’ walk from the Puerta del Sol. It offers modern services, including free Wi-Fi access and free minibar in rooms.Book now
from $89 per night 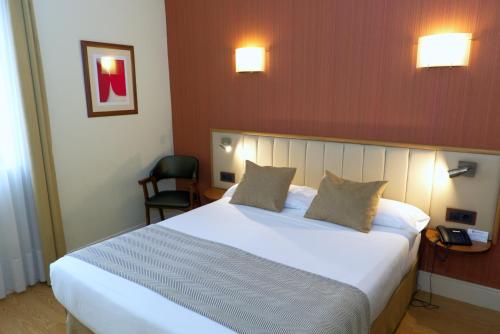 This hotel is just 200 metres from Callao and Plaza España Metro stations, on a quiet street just off Madrid’s Gran Via. This functional hotel offers free high speed WiFi, a tour desk and a souvenir shop.Book now
from $65 per night 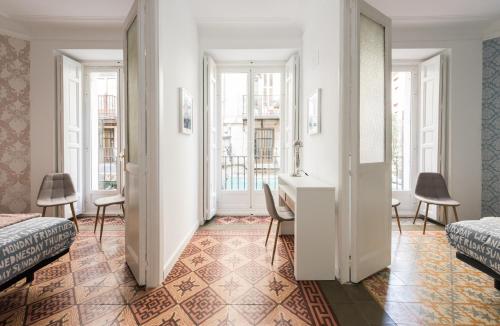 Situated 300 metres from Puerta del Sol and 1.2 km from Thyssen-Bornemisza Museum, Apartamento Plaza Mayor Coloreros in Madrid features air-conditioned accommodation with views of the city and free WiFi.Book now
from $145 per night 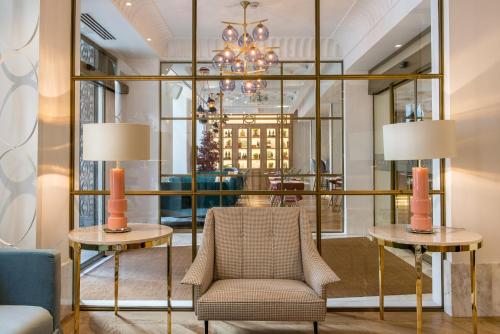 Set in a historic building, the Vincci Centrum is a boutique hotel located 300 metres from Gran Via and a 10-minute walk from the famous Puerta del Sol. Rooms have a flat-screen TV and free WiFi.Book now
from $96 per night

See all 1417 accommodations in Madrid-Palacio

The city of Madrid has a long and illustrious history of royalty and colonialist power, and nowhere in the city is that more evident than in the Palacio district. The district takes its name from the Palacio Real – Madrid’s royal palace. The breathtaking building has the honour of being the largest palace in western Europe, and its grandeur is every bit as impressive as its size. The site on which the palace and the surrounding buildings sit has been occupied since the 10th century. Originally the side of the old Alcazar, the area is now a major tourist attraction, and you can get close to the action by renting a holiday apartment in Palacio from 9flats.

Work on the stunning palace building began in 1737; it was originally built in order to house the royal court of Felipe V. An opulent collection of tapestries, artworks, ceramics and historic artefacts now have their permanent home within the palace, which makes it a living and serving museum of sorts. Indeed, over 800,000 people visited to the palace in 2012 – making it one of the world’s most popular museums. Although it is a popular tourist attraction, the building still performs an important role in government, and it will often be closed to the public in order to make way for official ceremonies, state dinners and receptions. As well as the palace itself, the area is blessed with countless buildings of great beauty, and basing your stay in a holiday apartment in Madrid will allow you to admire them first-hand. A holiday home rented through 9flats will give you all the creature comforts of home and a refuge from huge crowds of tourists that descend on the area during peak holiday season.

Discover the Real Madrid with Holiday Accommodation in Palacio

Staying in this stunning area of Madrid will also provide you with an opportunity to explore a great many examples of architectural magnificence. The palace gardens – referred to as the Campo del Moro – are a collection of expertly landscaped grounds that feature a dazzling array of fauna, water features and exquisitely maintained lawns. The Plaza de Oriente is a square only a stone’s throw from the palace, and it features a selection of monuments dedicated to previous Spanish monarchs. And the magnificent Royal Theatre building not only serves as a stunning example of Spanish architecture, it is the location of regular concerts and lavish stage productions. Renting holiday accommodation in Justicia will allow you to completely immerse yourself in the cultures and customs of Madrid – something hotels can’t do.

With vacation homes in Madrid the 9flats website offers a service that shows you a different side to towns and cities across the world. Similar to couchsurfing in Palacio, the service delivered by 9flats allows you to rent a luxury holiday home all of your own – right at the heart of local residential communities around the world.

Latest reviews for places in Madrid-Palacio