Well done. Look what authentic hosts in Porto Cervo are offering to you on 9flats. 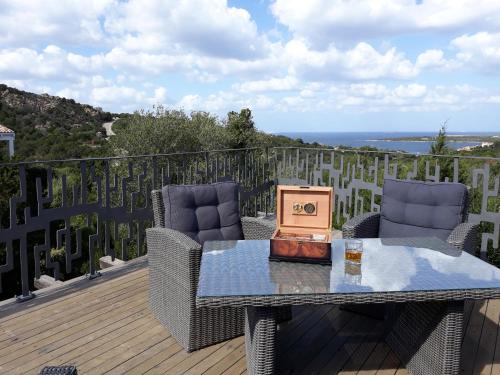 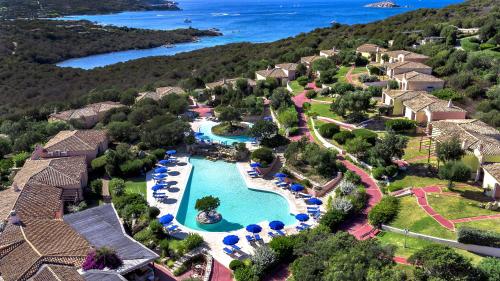 Colonna Hotel Country is near the white sandy beach of Cala Granu. It offers 1 swimming pool.Book now
from $85 per night

Immersed in nature in one of the most famous zones of the Emerald Coast, Hotel Nibaru is found just 5 km from Porto Cervo.Book now
from $85 per night 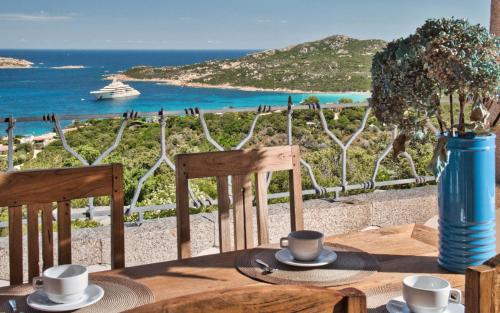 Situated in Porto Cervo in the Sardinia region, with Pevero Beach and Grande Pevero Beach nearby, Sea View Porto Cervo features accommodation with free WiFi and free private parking.Book now
from $85 per night 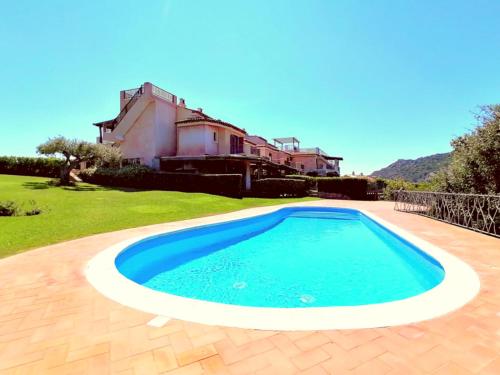 Situated in Porto Cervo, 2.1 km from Pevero Beach and 2.2 km from Grande Pevero Beach, La Residenza Del Golf features accommodation with air conditioning and access to a garden with an outdoor swimming pool.Book now
from $85 per night 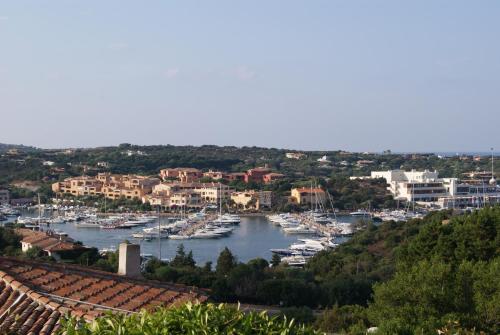 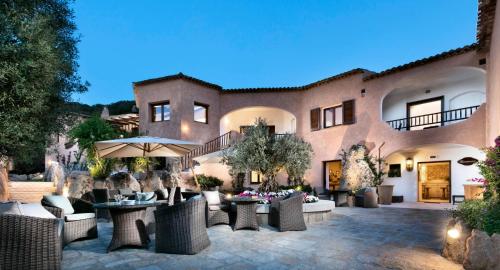 Featuring free WiFi throughout the property, Relais Villa Carola is situated in Porto Cervo. Free private parking is available on site.Book now
from $85 per night 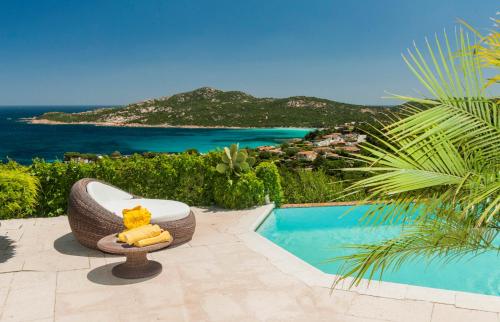 With sea views, Villa Anna is set in Porto Cervo and has a restaurant, a shared lounge, bar, garden, year-round outdoor pool and terrace. Both WiFi and private parking are available at the bed and breakfast free of charge.Book now
from $85 per night 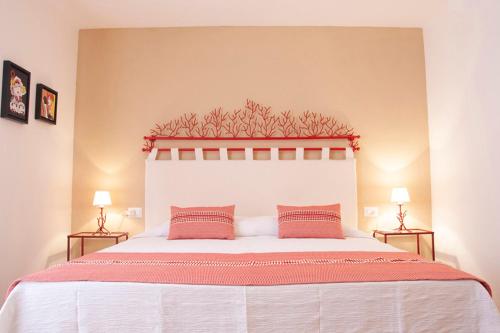 Featuring free WiFi throughout the property, Valesmeralda Boutique Rooms is situated in Porto Cervo, 2 km from the city centre and 11 km from Liscia Ruja Beach.Book now
from $85 per night 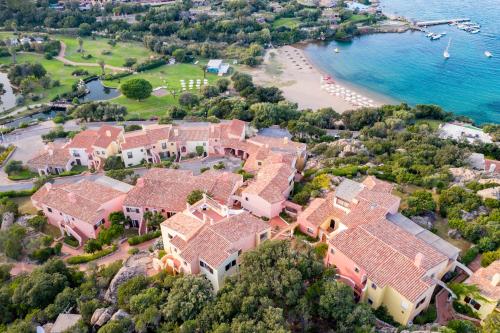 Featuring a bublic beach and an à la carte restaurant, Bagaglino I Giardini Di Porto Cervo offers self-catering apartments with views of Sardinia's Emerald Coast. The building is 2 km from Porto Cervo, the most famous resort of the coast.Book now
from $85 per night 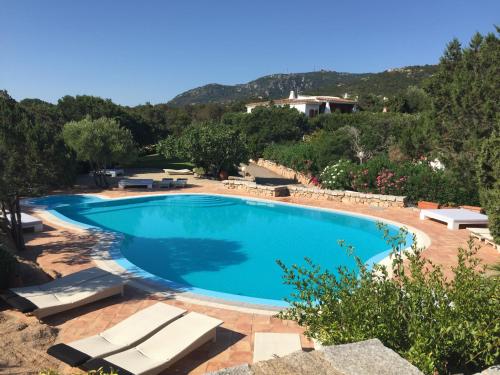 Set in 10,000 m² of gardens, Le Antunne offers spacious villas with patios and sea views. Located 200 metres from Porto Cervo harbour, it features a swimming pool with hot tub.Book now
from $85 per night 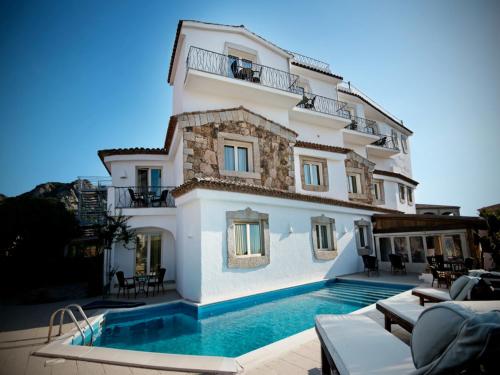 Set on a hill located 1.2 km from the marina and 2.5 km from the centre of Porto Cervo, the Dolce Vita is a friendly hotel offering the traditional, warm welcoming of the Gallura region. Relaxation is guaranteed at the Dolcevita.Book now
from $85 per night

See all 307 accommodations in Porto Cervo

An apartment in Porto Cervo brings you into contact with the rich and beautiful of the world at a reasonable price. Although the international jet set meets here, the private accommodations in Porto Cervo are still dominated by the typical Sardinian cordiality. Living and letting live, there is probably no better way to describe the attitude of the traditional island population. Couchsurfing in Porto Cervo is not widespread, but with our apartments you can also experience the Sardinian way of life up close – and have significantly more comfort than on the sofa.

Your apartment in Porto Cervo: between jet set and tradition

Porto Cervo is a part of the municipality of Arzachena in the northeast of Sardinia. It all began with the thought of Karim Aga Khan IV. In 1962, the billionaire decided to build a centre for the rich and beautiful on the famous Costa Smeralda. The government of Sardinia supported the plans from the beginning, hoping for a revival of the then poor economic situation. Today, apartments in Porto Cervo are among the most exclusive holiday residences in Italy. Thanks to the circumspection of Karim Aga Khan IV, the new noble resort has been able to blend gently into the traditional surroundings of the Costa Smeralda and retain its Mediterranean charm. Porto Cervo’s landmark to this day is the 46-metre-high Capo Ferro, on the top of which the famous lighthouse is located. Numerous private apartments in Porto Cervo offer you a view of the lighthouse, which probably also moved Karim Aga Khan to create a new holiday paradise exactly at this point. An important port of call for holidaymakers is the newly built harbour. Here you will also find the most exclusive restaurants and bars, which are supplied daily with fresh fish. You should not do without this pleasure under any circumstances. Somewhat cheaper than directly at the marina – the marina – you can stay in other holiday apartments in Arzachena. At the central square, the so-called Piazzetta, you will find numerous trattorias where you can enjoy excellent regional delicacies. Also worth seeing is the Stella Maris. Hardly any other sight represents the original architectural style of Sardinia better than the whitewashed church with its gently curved forms and the bright red tiled roof.

Numerous private apartments in Porto Cervo are characterized by the varied history of Sardinia. Book directly with us and make an excursion into the eventful past, which is closely connected with wars and pirate raids. While Porto Cervo represents the modern side of Sardinia, from an Apartment in Olbia you can dive deep into the eventful history of Sardinia. The natural harbour basin was already used by the Etruscans and later developed into a military base by several Roman emperors. To this day, numerous historical buildings bear witness to the turbulent past. The harbour promenade has been greatly extended in recent years and today houses numerous restaurants and bars as well as flagship stores of well-known fashion labels. Do you fancy an exciting trip into the interior? Then book your private holiday room in Castiadas. The little town became famous through the penal colony Colonia Penale, founded in the 19th century, to which today guided trekking tours are offered. In the jeep you explore the wild, often almost bizarre mountain world in the interior of the island, which is characterized by the more than 1,000 meters high Monte di Sette Fratelli. From the harbour in Olbia there are numerous ferry connections to Corsica, which will take you to your private holiday home in Ajaccio in no time at all. Here the Italian attitude to life mixes with the French joie de vivre typical of the island. The coastlines are rich in coral reefs, which you can discover side by side with dolphins during a dive – the perfect end to your journey through the island world in the Thyrrenian Sea.