Well done. Look what authentic hosts in Singapore are offering to you on 9flats. 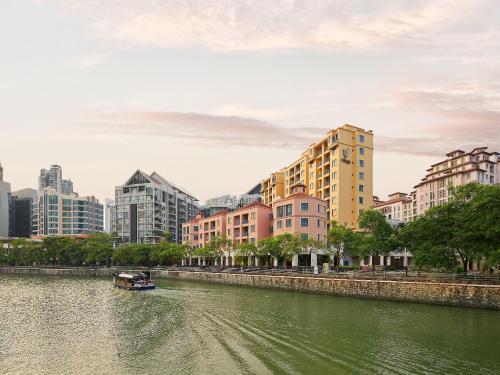 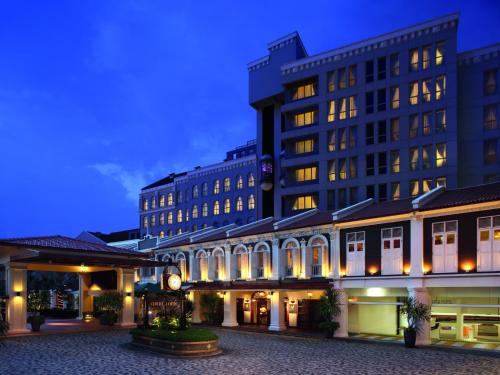 Village Hotel Albert Court by Far East Hospitality is located in the Bugis area, a 1-minute walk from Rochor MRT Station. Made up of restored pre-war shop houses, this charming boutique hotel offers 4 dining options. Free unlimited WiFi is available throughout the property.Book now
from $87 per night 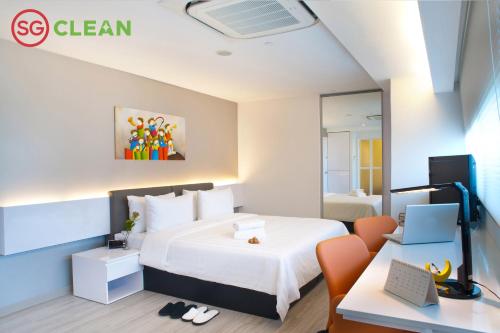 Set in Singapore, 300 metres from Singapore Art Museum and 1.1 km from Raffles City, Wilby Residences Central (SG Clean) offers accommodation with free WiFi, a garden with a terrace, city views, and access to a fitness room and a sauna. The accommodation is air conditioned and comes with a hot tub.Book now
from $129 per night One of Southeast Asia's tallest hotels, Swissôtel The Stamford is located above City Hall and Esplanade MRT Station. It has a spa, 2 pools, and 12 dining options including a bar at level 70.Book now
from $87 per night

Mercure Singapore Tyrwhitt comprises of 270 newly renovated rooms in classic hues that exude timeless elegance and modern comfort. It's floor-to-ceiling windows provides guests with unique views of the distinctive local streetscape. Boasting plenty of room categories, the hotel is well-poised for one-of-kind stay experience to meet the needs of leisure and business travellers.Book now
from $87 per night 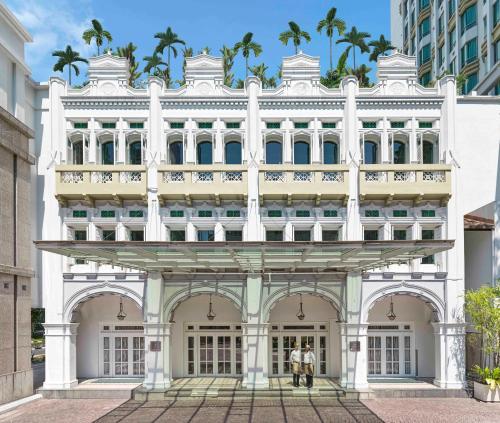 A 5-minute drive from the Central Business District, this 5-star hotel offers an outdoor pool and a number of dining options. Located near the Marina Bay area, it is a 10-minute walk from Suntec Convention Centre and Raffles City Shopping Centre.Book now
from $213 per night 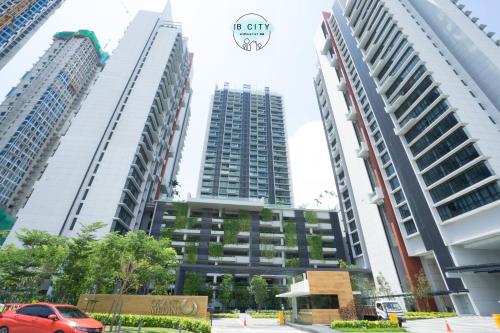 Situated in Nusajaya in the Johor region and Singapore Zoo reachable within 31 km, Grand Medini by JBcity Home features accommodation with free WiFi, a children's playground, an outdoor swimming pool and free private parking. The accommodation is air conditioned and has a sauna.Book now
from $20 per night Featuring bold interiors, W Singapore - Sentosa Cove is located on Southern Singapore’s Sentosa Island. 5-star luxury awaits with a 24-hour WET® pool and a spa and fitness centre. Free WiFi is available in all rooms.Book now
from $227 per night 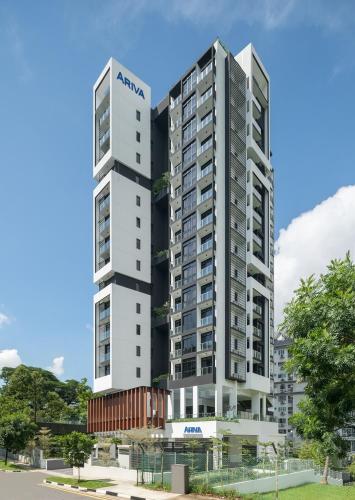 Set in Singapore, 3 km from Mustafa Centre and 3.2 km from ION Orchard Mall, Ariva on Shan Serviced Residences offers accommodation with free WiFi, a garden with an outdoor swimming pool, and access to a fitness room.Book now
from $111 per night 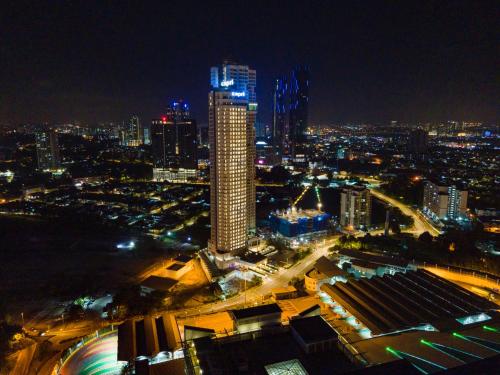 Set in Johor Bahru, 10 km from Singapore Zoo, Capri by Fraser Johor Bahru offers accommodation with an outdoor swimming pool, free private parking, a fitness centre and a restaurant. The property is around 10 km from Night Safari, 22 km from Holland Village and 23 km from ION Orchard Mall. The accommodation features a 24-hour front desk, a shuttle service, room service and free WiFi.Book now
from $42 per night 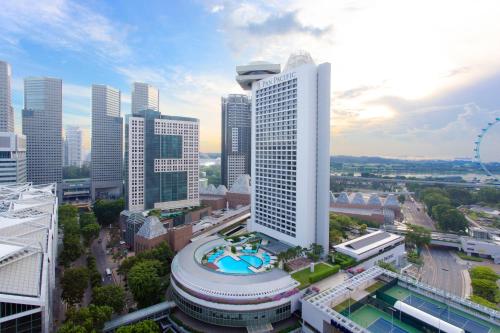 The 5-star Pan Pacific Singapore is directly connected to Marina Square Mall and Suntec Convention Centre. Located at the gateway of Singapore’s Central Business and Financial Districts, it features an outdoor swimming pool and guests can enjoy meals at 6 dining options or have a drink at the bar. Free WiFi is available throughout the hotel.Book now
from $164 per night

See all 1011 accommodations in Singapore

Singapore is one of the most fascinating cities in Asia. Founded as a British trading colony in 1819 it is now one of the wealthiest countries in the world with a vibrant mix of Malay, Indian and Chinese cultures. Renting a holiday apartment in Singapore from 9flats lets you experience that culture first hand. You will be staying among the locals in residential districts rather than being isolated in a tourist hotel. Staying at a 9flats holiday apartment in Singapore is much like couchsurfing in Singapore except that you will have the privacy and comfort of your very own room or apartment.
Your holiday accommodation in Singapore will see you staying in the midst of this bustling city of 5 million people, the second most densely populated country in the world behind Monaco. It is a city famous for its shopping, nightlife and wonderful food and combines the skyscraper skyline of a modern city with a rich cultural heritage.

Enjoying the city from your holiday apartment in Singapore

The Orchard Road district is one of the most famous shopping areas in Asia, with upmarket boutiques lining the streets. Chinatown on the other hand is a great place to pick up an antique bargain. Eating is a national pastime and tucking into a south east Asian dish with a beer at one of the local markets is a rare treat. For something a little more upmarket, Singapore has some of the finest restaurants in Asia and a cocktail at Raffles is something of an institution. Much of what is written about Singapore concerns the dense population and hubbub of what is the world’s busiest port but it also has a quieter side. Half of the city’s area is green and you will find no less than 50 parks and 4 nature reserves in this city state.

Choosing your holiday accommodation in Singapore

Singapore is a city of many contrasting districts and you are sure to find something to suit your preferences. A holiday apartment in Marine Parade for example lies to the east of the city centre and is close to the new Marina Bay development of casino, gardens, flower dome, cloud forest and hotel. It is also handy for Changi international airport. A holiday apartment in Outram meanwhile lies just to the north of the central business district. It has good transport links to the city centre and contains the atmospheric Chinatown area.

Moving on from Singapore

To the north west, on the Malaysian mainland, a holiday apartment in Kuala Lumpur will let you experience this sprawling metropolis and cultural melting pot. The old city centre contains many of the original buildings while the Golden Triangle is the city’s famous shopping district. A holiday apartment in Hong Kong meanwhile will immerse you in this incredibly exciting city where east meets west in a heady mixture of big business, world class shopping and great food.

Kampong Bukit Panjang
St. Michael's Estate
close
Cookies help us deliver our services. By using our services, you agree to our use of cookies.