Well done. Look what authentic hosts in Lumbarda are offering to you on 9flats. 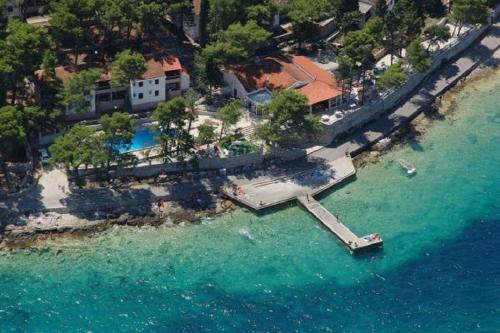 Set in Lumbarda, 100 metres from Prvi Žal beach, Lumbarda Resort Apartment provides a seasonal outdoor pool and an accommodation with access to a garden. Free WiFi is offered throughout the property.Book now
from $78 per night 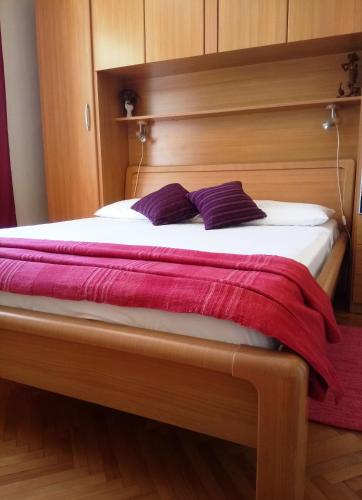 Offering a garden and sea view, Apartman Salečić is situated in Lumbarda, less than 1 km from Tatinja Bay Beach and a 10-minute walk from Vela Przina Beach. The air-conditioned accommodation is 300 metres from Bilin Zal Beach, and guests benefit from complimentary WiFi and private parking available on site.Book now
from $78 per night 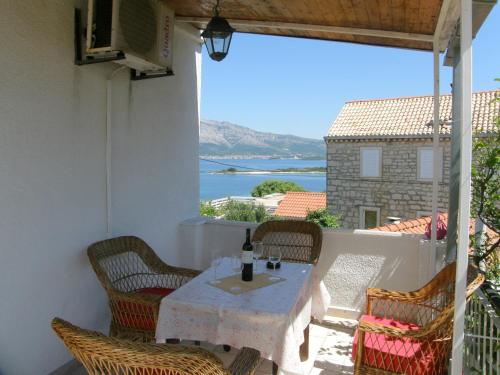 Located in Lumbarda, 550 metres from the beach, Apartments Ante offers self-catered accommodation and free bikes for its guests. Free WiFi is provided. The historic town of Korčula is 6 km away.Book now
from $78 per night 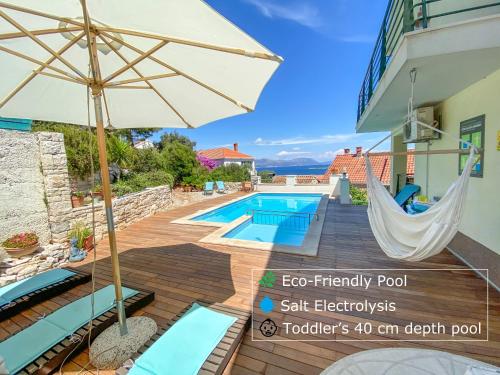 Just 60 metres from the beach, Sunshine Apartments Lumbarda offers sunny apartments with a kitchen and private balcony overlooking the Adriatic Sea. The property has a seasonal outdoor pool with a sun terrace, and there are 2 beaches within 600 metres.Book now
from $78 per night 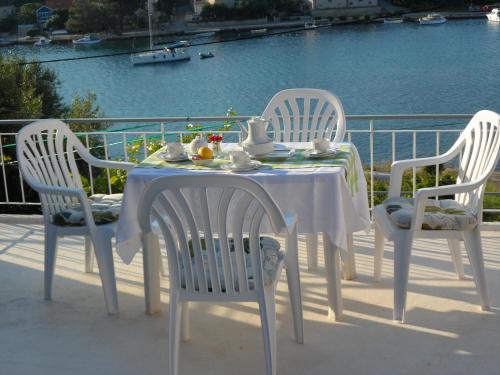 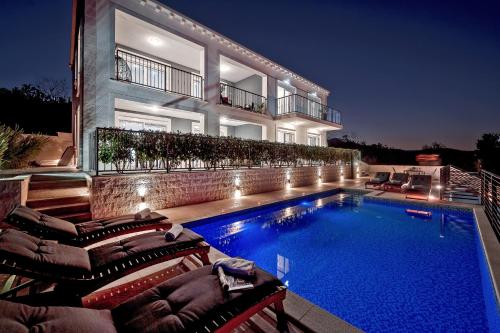 Providing garden views, Villa Marta in Lumbarda provides accommodation, a seasonal outdoor swimming pool, a fitness centre, a shared lounge, a garden and barbecue facilities. The villa features both WiFi and private parking free of charge.Book now
from $78 per night 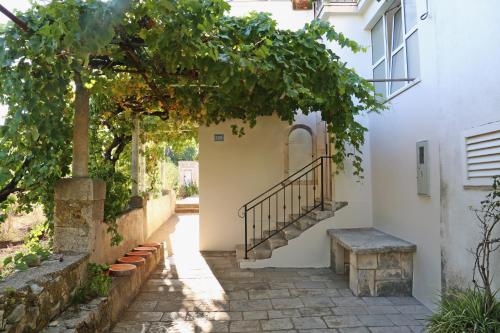 Set in Lumbarda, within 200 metres of Lumbarda Beach and less than 1 km of Tatinja Bay Beach, Naša beautiful hause for vecation offers accommodation with a garden and free WiFi throughout the property as well as free private parking for guests who drive. Featuring family rooms, this property also provides guests with a terrace. The property is allergy-free and is located 1.4 km from Bilin Zal Beach.Book now
from $78 per night 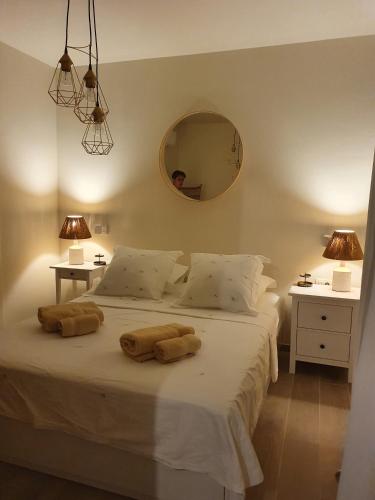 Situated in Lumbarda, within 400 metres of Bilin Zal Beach and 400 metres of Tatinja Bay Beach, La Casetta di Gloria offers accommodation with free WiFi, air conditioning and barbecue facilities. The property has sea and mountain views, and is less than 1 km from Vela Przina Beach.Book now
from $78 per night 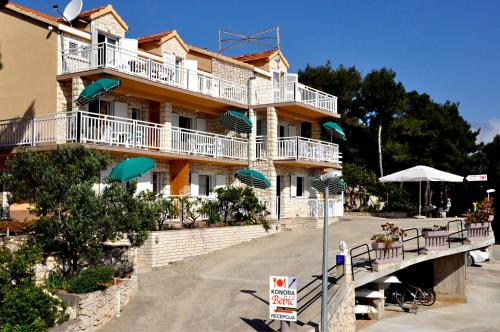 Pension Bebic offers accommodation with free Wi-Fi and satellite TV. One pebbly and 2 sandy beaches can be found within a 1.5 km radius.Book now
from $78 per night 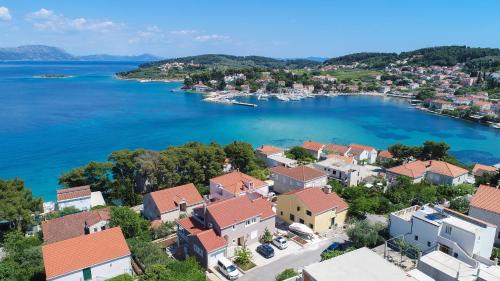 House 4 You is a 4-star self-standing holiday home located in the picturesque Lumbarda bay, just steps away from the rocky beach with natural shade provided by pine trees. Free WiFi access is available throughout.Book now
from $78 per night 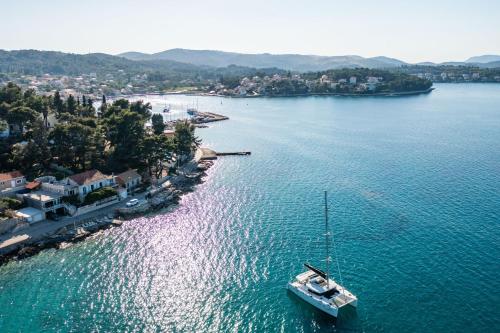 Located in Lumbarda, Apartments Nikolina offers a private beach area with sun beds and parasols. Free WiFi is provided in public areas. The property is 2.5 km from Planjak Beaches and 3.5 km from Beaches on Badija Island.Book now
from $78 per night 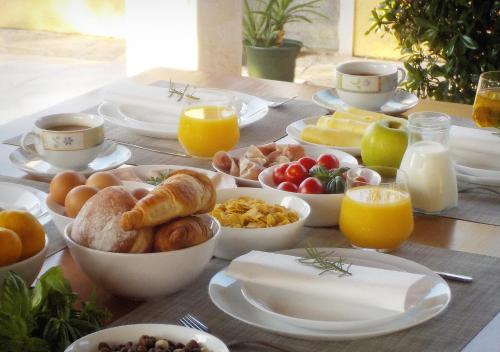 Villa Laguna is quietly situated in Racisce Bay, which is part of Lumbarda village. Its apartments have views of the bay, the sea and the mountains of the Peljesac Peninsula.Book now
from $53 per night

See all 187 accommodations in Lumbarda

On the Croatian island Korčula lies the small municipality Lumbarda, known for its delicious white wine, the so-called “Grk”, a particularly mild climate and its hospitable inhabitants. Many of them now rent rooms, apartments or complete holiday homes to interested visitors. If you have such an apartment in Lumbarda, you will get an accommodation with charm, guaranteed comfort and of course privacy. In short: You can enjoy the perfect mixture of classic tourist accommodation and couchsurfing in Lumbarda. You live here as a temporary Croatian, but you can always go your own way and are not dependent on your host. If you would like to drive your own car, here’s a tip: From Italy ships sail daily to the Croatian neighbouring island of Hvar. And from here you will be able to quickly translate to Korčula . If you have already made some good kilometres to Italy, it might be advisable to spend the night in an accommodation in Pineto – near which the ferry departs.

Beautiful apartments in Lumbarda, on the Croatian island Korčula

When you finally arrive at your destination, you can look forward to a varied, relaxing holiday. Lumbarda and its 1.221 inhabitants belong to the district Dubrovnik-Neretva in Croatia. The island Korčula owes its name to the dark pine forests, because Korčula means as much as “black Corfu”. Korčula-City, Blato and the port city Vela Luka in the west of the island are the largest places of the island. Whether you make from your apartment in Lumbarda, which lies at the eastern point of the island, a detour into these places, or you equal an accommodation in Vela Luka or an apartment in Blato searches, is left to you. By car you drive from your private holiday flat in Lumbarda to the other end of the island in just three quarters of an hour. And all corners of the island are definitely worth seeing anyway.

You can take a leisurely stroll through Lumbarda, admire the beautiful Adriatic coast, swim or let the sun shine on your belly. Those who are more adventurous can even explore the whole island on foot or by bike, passing by the lush vines, step by step. This is possible because Korčula is just 47 kilometres long and only five to eight kilometres wide. The mountains “Klupca” and “Kom” are with 568 and 510 meters the highest on the island. One of the most impressive sights is also the supposed birthplace of Marco Polo, which can be visited in the city of Korčula . Because while the rest of the world believes that this has its origin in Venice, the Croats here insist on the opposite. Are you interested in even more history and old buildings? Until the next highlight on the mainland, you are only three hours away by ferry and car. If this is too far for you: A private Apartment in Dubrovnik and thus another great overnight accommodation on this trip, you will find here with one click.

Latest reviews for places in Lumbarda