Well done. Look what authentic hosts in Midi-Pyrenees are offering to you on 9flats. 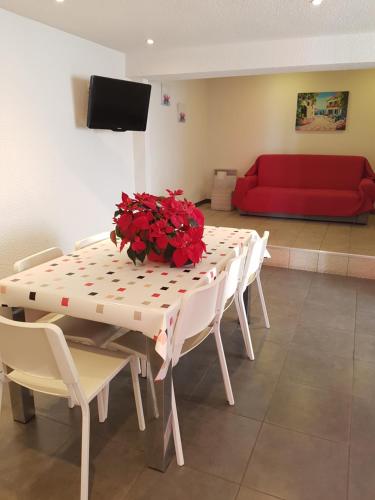 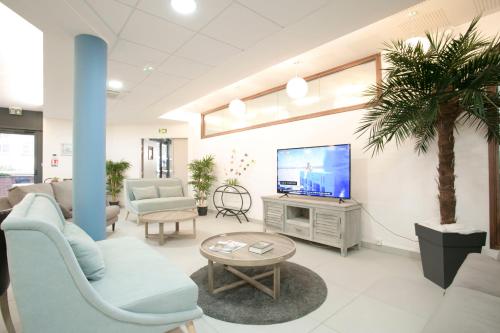 Set in Albi, Zenao Appart'hôtel Albi is above all a seniors' residence and also an Appart'hôtel. It features accommodation within 1.4 km of Albi Cathedral. Free WiFi is provided.Book now
from $83 per night 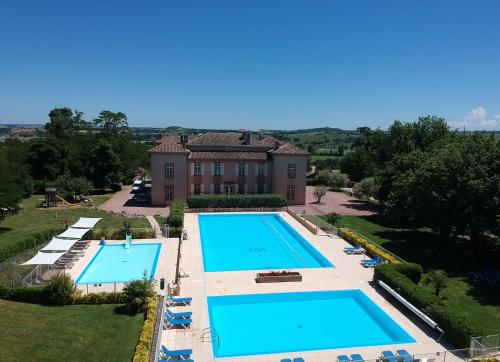 Residence Chateau de Barbet is a holiday park located in Lombez. It offers villas with a private garden and free WiFi access. Guests will find outdoor swimming pools and sun terraces.Book now
from $104 per night 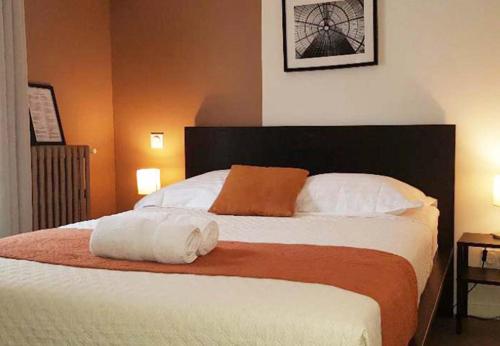 Providing free WiFi throughout the property, Résidence Ramblas is located in Toulouse, 4 km from Toulouse Stadium and 4.3 km from Toulouse Expo. The property is set 6 km from Zénith de Toulouse, 7 km from Amphitheatre Purpan-Ancely and 3.2 km from Place du Capitole. The hotel features family rooms.Book now
from $83 per night 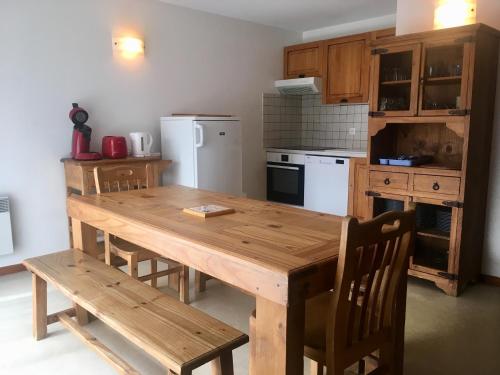 Featuring an outdoor swimming pool with a sun terrace, this residence is set in the village of Saint-Lary-Soulan. It features a sauna and hot tub, and unlimited free Wi-Fi is provided in the apartments.Book now
from $68 per night 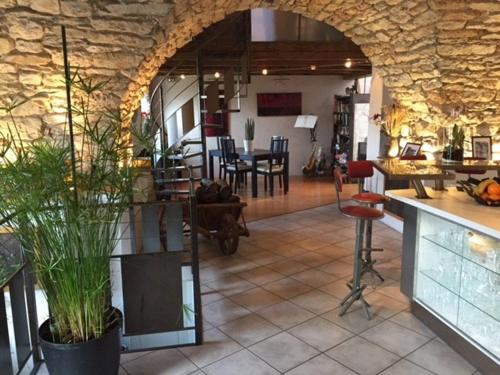 Offering free WiFi and river views, Le Paillier d'Etienne. Is an accommodation situated in La Cresse. Featuring a balcony, the holiday home is in an area where guests can engage in activities such as hiking, cycling and table tennis.Book now
from $229 per night 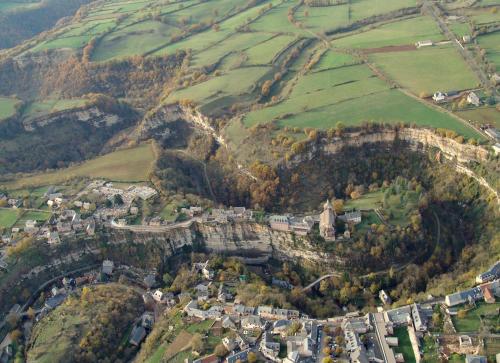 Maison Del Traouc offers accommodation in Bozouls, 44 km from Conques and 23 km from Rodez. The unit is 64 km from Chaudes-Aigues. Free WiFi is provided throughout the property.Book now
from $101 per night 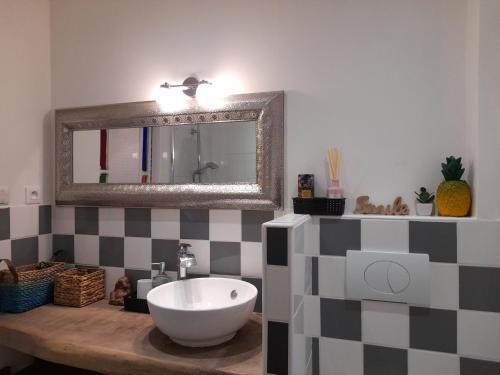 Situated in Aguessac in the Midi-Pyrénées region, Le gîte du Tarn features a terrace and river views. This apartment has a garden, barbecue facilities, free WiFi and free private parking.Book now
from $83 per night 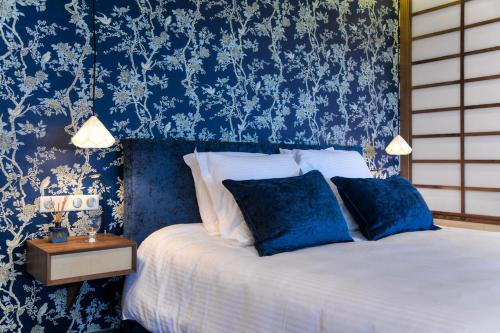 Offering an outdoor swimming pool and a restaurant, Chambres d'hôtes Domaine de Nazère is a bed and breakfast located in a 6-acre park, 4 km from Saint-Clar. Free Wi-Fi access is available.Book now
from $135 per night 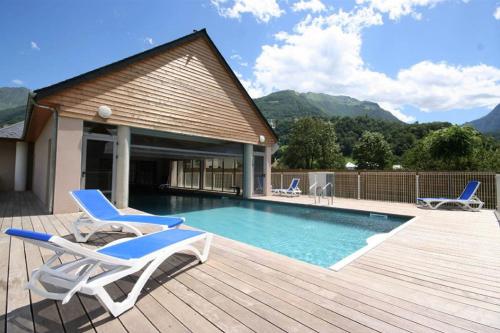 Set in the Pyrenees National Park, this residence is a 5-minute walk from the spa resort Luz Saint Sauveur. It features a wellness centre with a swimming pool.Book now
from $87 per night

See all 11570 accommodations in Midi-Pyrenees

The Midi-Pyrénées region in the south of France is located directly on the border with Spain and is dominated by the mountain ranges of the Pyrenees and the Massif Central. A holiday home in Midi-Pyrénées is located in the transition between France and Spain. Here the characteristics of two nations mix to a microcosm, which you can experience probably only here in this intensive development. The best arguments to book holiday apartments in Midi-Pyrénées at 9flats.com. Get now an Accommodation in France!

Enchanting nature to enjoy with an accommodation in Midi-Pyrénées

The Département Ariège, directly on the border to Spain, is strongly influenced by the character of the Pyrenees. The highest peaks rise more than 3,000 metres above sea level, on the slopes of which there are numerous crystal-clear mountain lakes. This is probably one of the reasons why the region is a popular destination for hikers in particular. To the north is the Département Gers, also known as French Tuscany. Here the original France, which was influenced by agriculture, could still be preserved. This is also reflected in the people, as the gascognic language is still cultivated here. This is a subspecies of the Basque language, which often presents visitors with linguistic challenges. It is only good that the population presents itself as extremely friendly, helpful and patient. You can experience this linguistic peculiarity in Auch, for example. But the culinary centre of the Midi-Pyrénées region is to the east, in the Département of Aveyron to be precise. This is the birthplace of Roquefort, the world-famous blue cheese made from raw sheep’s milk. Those with a sweet tooth are also attracted by the Gâteau à la broche, the Baumkuchen baked over an open flame. Since a full stomach wants to rest in a well-known way, you should resort to a quiet apartment at 9flats.com.

Apartments in Midi-Pyrénées, between ancient faith and modern architecture

Hardly any other sight is more closely linked to the Midi-Pyrénées region than the Grotte de Massabielle in Lourdes. In 1858, the Mother of God of Saint Bernadette is said to have appeared here. Today, the grotto is one of the most important places of pilgrimage in the world and is often associated with miracle cures. From your apartment in Midi-Pyrénées you should definitely visit the city. An architectural highlight is the Millau viaduct. The cable-stayed bridge spans almost 2.5 kilometres across the Tarn, making it the longest of its kind in the world. No less a person than Norman Foster is responsible for the design. The Gouffre de Padirac in the Lot department leads deep into the interior of the region. Water erosion created a karst cave more than 100 metres deep, which is extended by a river. On its banks you can walk far into the cave system. Access to the “Gorge of Padirac” is via a steel tower that leads you directly to the underworld of the country. Culinary delights, rugged landscapes and impressive architecture. You can discover all this from a private holiday home in Midi-Pyrénées. It’s always worth making a small detour along side roads – just follow your intuition! But no matter where you go, you’ll find the right apartment in Midi-Pyrénées at 9flats.com. If you live in the south of the region, you won’t be far away from our Accommodations in Andorra or a Holiday Home in Spain. And west of Midi-Pyrénées our Holiday Apartments in Aquitaine. are already waiting for you.

Latest reviews for places in Midi-Pyrenees

Ariege
Aveyron
Gers
Haute-Garonne
Hautes-Pyrenees
Lot
Tarn
Tarn-et-Garonne
close
Cookies help us deliver our services. By using our services, you agree to our use of cookies.