Well done. Look what authentic hosts in Munich-Zamdorf are offering to you on 9flats. 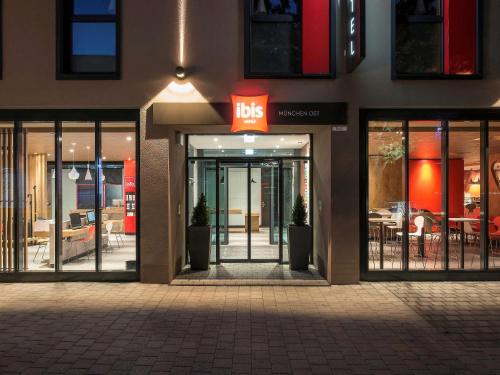 Ibis Muenchen City Ost is located in Munich's Berg am Laim suburb. The hotel is 1.7 km from Muenchen Ost train station.Book now
from $83 per night 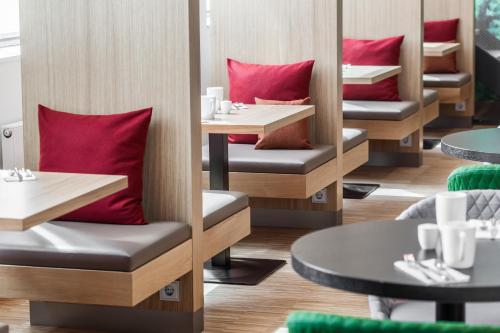 The hotel is situated in the Munich district of Haidhausen. Located in the trendy area of Bavaria's capital, it offers stylish rooms with free internet access.Book now
from $48 per night 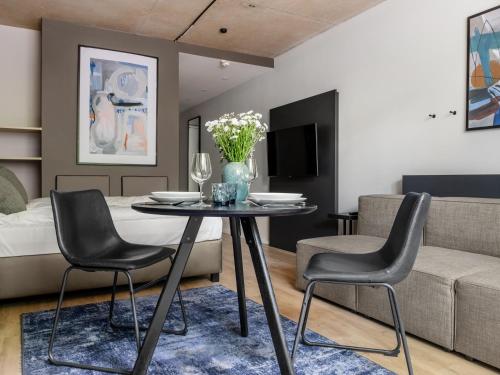 Numa I Stark Rooms & Apartments is situated in the Ramersdorf - Perlach district of Munich, 1.2 km from München Ost Train Station and 3.1 km from Deutsches Museum. Complimentary WiFi is available throughout the property and private parking is available on site.Book now
from $62 per night 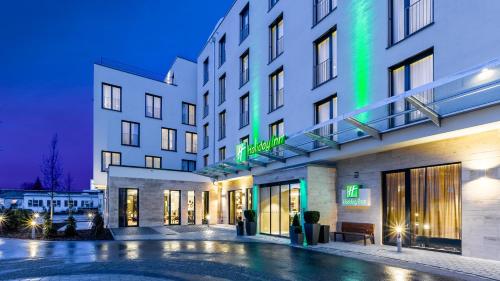 Featuring a terrace, Holiday Inn Munich - City East is set in Munich. Located in the Berg am Laim district, the property provides guests with access to a restaurant. Bavarian National Museum is 3.1 km from the property. Free WiFi is provided.Book now
from $51 per night 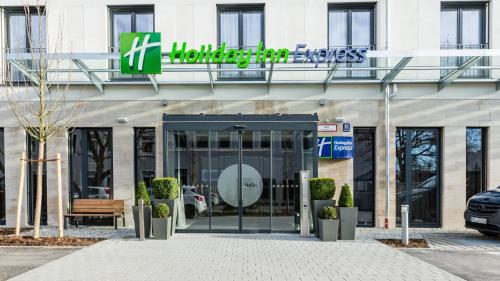 Set in Munich, 3.1 km from Bavarian National Museum, Holiday Inn Express Munich - City East has a number of amenities including a terrace, a shared lounge, a bar and free WiFi. All rooms boast a flat-screen TV with satellite channels and a private bathroom. The property is 3.3 km from Deutsches Museum.Book now
from $44 per night 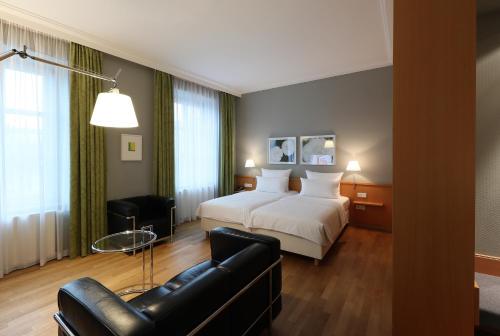 MOMA1890 is a boutique hotel in Munich's artist district Haidhausen. As a family business in its fourth generation, our actions are determined above all by personality and sustainability.
This is how 51 individually designed rooms were created, which timelessly also meet high demands on design.
We treat the hotel as if it were our home. Because it is. Our guests quickly become a part of it and they feel it!
For individualists who love timeless design & enjoy natural luxury.
Each of the 51 rooms was designed differently by architect Kurt Seidel, father of the two owner brothers. Highlights he set with designer furniture from Vitra, Le Corbusier, Hansen, Eames & Co. as well as lights from Occhio, Flos, Artemide and Ingo Maurer. The bathrooms are equipped with (water- and energy-saving) fittings from the manufacturers Laufen and Dornbracht, as well as care products from the L'Occitane brand.
Whether for sightseeing, a museum tour or a shopping day in Munich: With our breakfast you start the day strengthened. Daily from 6:30 to 10:30 a.m. our breakfast team serves you fresh coffee specialties & egg dishes. At our buffet you will also find dairy products, cheese & sausage, fresh fruit, muesli & baked goods from Munich and the region.
Our MOMA Lounge is the heart of the hotel. The cosy seating areas are just as inviting in the afternoon to linger over a cup of coffee as they are in the evening to end the day together over a glass of fine wine, local beer or tasty whiskey. Our honor bar is a fully stocked area that is at your disposal. You make your own drinks and write down what you had and we charge your room. Help yourself at our Honor Bar and review the adventures of your day in Munich or meet up with friends and plan your evening together in Haidhausen's diverse restaurant & bar scene.Book now
from $103 per night 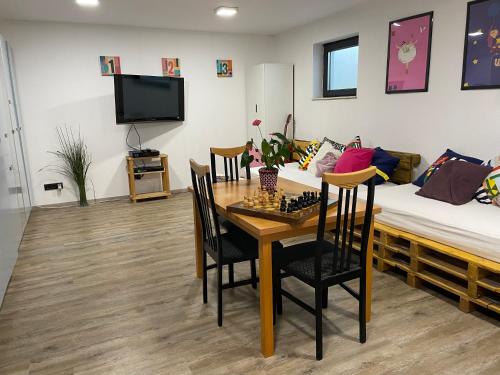 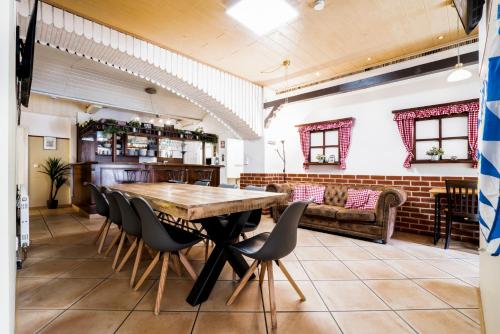 Boasting a bar, a shared lounge, and a garden, Casa BARvaria offers accommodation in Munich with free WiFi and city views. It is set 1.6 km from München Ost Train Station and provides a shared kitchen.Book now
from $83 per night

Just a 5-minute walk from Ostbahnhof Station, this Courtyard by Marriott is located in Munich’s Haidhausen district. It offers a fitness centre and soundproofed rooms with flat-screen TV.Book now
from $77 per night 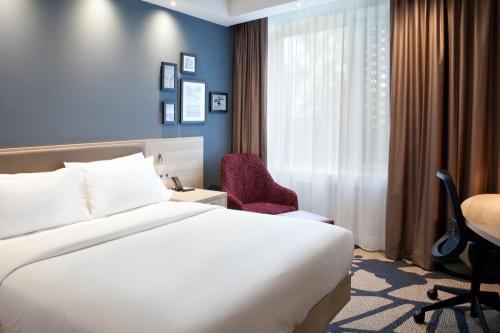 Set in Munich and with München Ost Train Station reachable within 2.7 km, Hampton By Hilton Munich City Center East offers a bar, allergy-free rooms, free WiFi throughout the property and a shared lounge. The property is located 4.1 km from Bavarian National Museum, 4.8 km from Bavarian State Opera and 4.8 km from Munich Residence. Private parking can be arranged at an extra charge.Book now
from $72 per night Spacious studios with fully equipped kitchenettes, flat-screen TVs and free Wi-Fi are offered at this modern hotel with 24/7 Grab'n Go market. It is a 5-minute walk from Munich Ostbahnhof Station.Book now
from $79 per night

See all 25 accommodations in Munich-Zamdorf

The district of Zamdorf is located in the Bogenhausen municipality of Munich. This predominantly residential area of the city was incorporated into the city in 1913, but it still has an unmistakable sense of community spirit – almost like a rural village. Originally a farming village, Zamdorf became a large producer of bricks – essential in the expansion of Munich during the early 20th century.

This area of the city has received a great deal of investment since the 1980s, culminating in new commercial and residential neighbourhoods around the Federal Highway 94 area. This typically German part of the city is still slightly detached from the hustle and bustle of city life, and that makes it an ideal base for your Munich holiday if you’re looking for a little seclusion.Vacation rentals in Munich from 9flats.com can offer you luxurious living and the chance to escape the madness of the city.

Private Accommodation in Zamdorf Provides a Window into Local Cultures and Customs.

Only a short distance from Zamdorf is Alt-Bogenhausen, which is one of the oldest areas of Munich. This area is highly coveted amongst the wealthy of the city, as it contains luxury housing, excellent transport links and a vibrant retail sector. A particularly exclusive area is Herzogpark, which features a selection of pre-war villas. Concerted efforts have been made to reduce traffic levels to a minimum with some excellent public transport links. However, the Isarring highway splits the entire district into two, and that can create significant traffic noise in streets that are close by. That said, there is absolutely no doubting that this exclusive and relatively affluent area of Munich has a great community spirit, and it provides excellent links into Munich’s city centre. Renting apartments in Haidhausen will mean you can stay in a real residential neighborhood, and living amongst local people in their own communities is the best way of understanding the German way of life.

Latest reviews for places in Munich-Zamdorf