Well done. Look what authentic hosts in Vienna-Stephansdom are offering to you on 9flats. 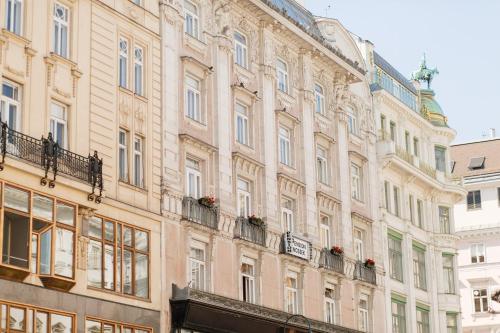 Located directly in the historic first district of Vienna and on the famous Graben Shopping Street and the Kohlmarkt Shopping Street, Boutique Hotel Nossek offers Art Noveau rooms with air-conditioning. The Stephansplatz with Saint Stephens Cathedral and the metro station is a 5-minute walk away.Book now
from $117 per night 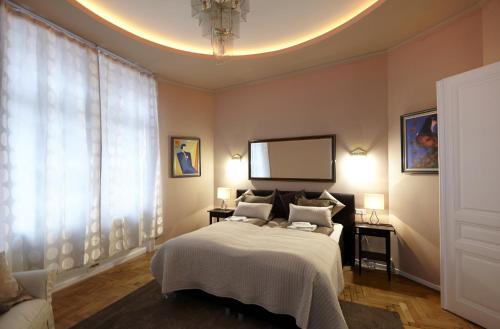 Urban Flats Vienna City Center, located in different locations in Vienna's first district, offers apartments with free WiFi and a flat-screen cable TV, accessible via a lift. St. Stephen's Cathedral is within 400 metres and guests can reach the Schwedenplaz Underground Station within a 3-minute walk.Book now
from $131 per night 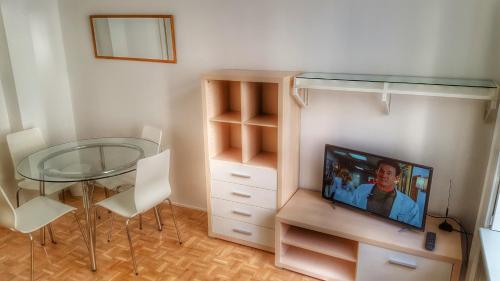 These spacious and modern duplex apartments are located in a classic Viennese townhouse in the city centre, a 3-minute walk from the Ringstraße boulevard and the Schottenring Underground Station. Free WiFi access is provided.Book now
from $94 per night 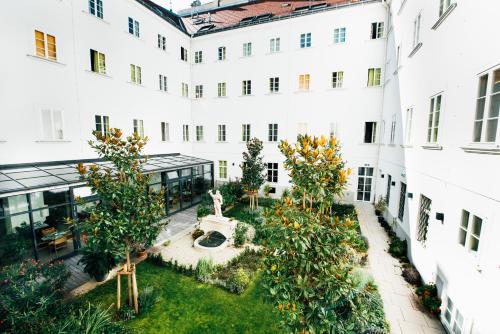 Offering modern accommodation in a former Ursuline Convent which was renovated in 2014, Johannesgasse Apartments is located in Vienna, a 5-minute walk from St. Stephens Cathedral. Vienna State Opera is 400 metres away. Free WiFi is available.Book now
from $83 per night 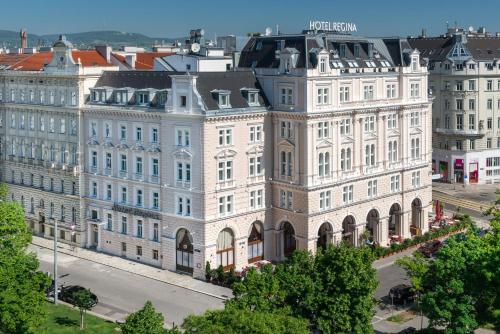 Family-run for over a century, this historic 4-star hotel next to the Votive Church and a small park is just steps away from the Ringstraße boulevard and the University of Vienna. Entirely non-smoking, Hotel Regina offers free WiFi and includes a restaurant.Book now
from $80 per night 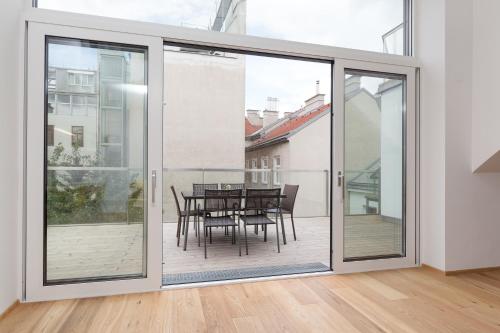 Yourapartment 1020 offers spacious and modern apartments with free Wi-Fi in 3 different locations in the district of Leopoldstadt. Vienna's city centre can be reached by public transport in a few minutes.Book now
from $49 per night

Located within 300 metres of St. Stephen's Cathedral and 200 metres of St. Peter's Catholic Church in the centre of Vienna, Vienna Living Apartments - Stephansdom provides accommodation with free WiFi and seating area.Book now
from $45 per night 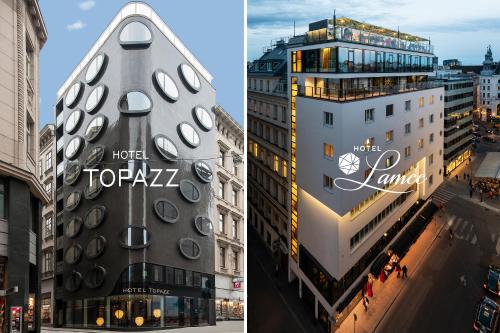 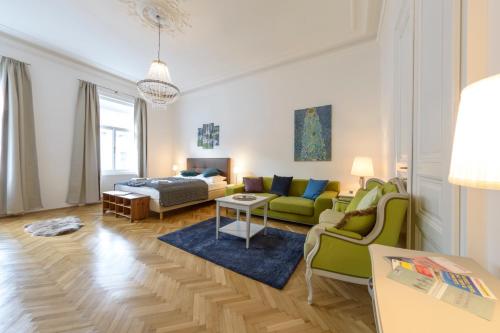 Set in Vienna centre, 600 metres from Imperial Treasury Vienna and less than 1 km from Austrian National Library, Senator Suite Stephansplatz by ichbucheAT offers accommodation with free WiFi and a balcony.Book now
from $344 per night 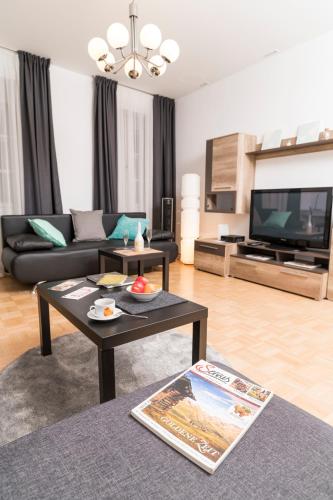 Luxury Apartments Vienna are located at 2 different adresses in Vienna's city centre. All units are set in a renovated 18th-century house, and offer prestigious accommodation in Vienna’s historical centre, between St. Stephen’s Cathedral, Mozart House and the beautiful City Park.Book now
from $192 per night 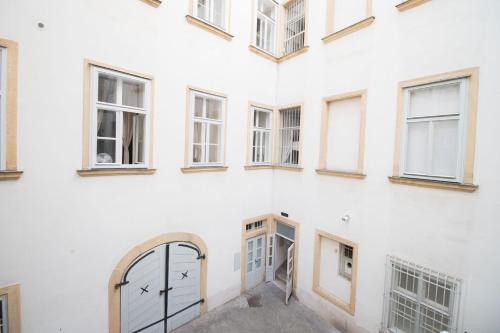 Set in Vienna, this apartment features free WiFi. The property features views of the city and is 400 metres from St. Stephen's Cathedral.Book now
from $59 per night 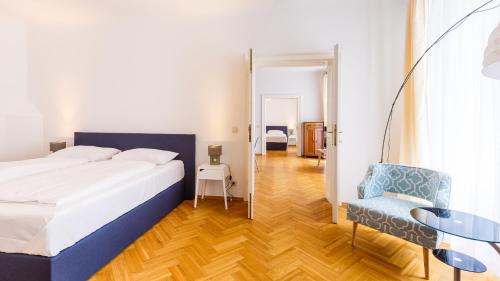 Judengasse Premium by ichbucheAT is set in Vienna, 400 meters from St. Stephen's Cathedral. Graben Street is 500 meters away. Free WiFi is available throughout the property.Book now
from $205 per night

See all 385 accommodations in Vienna-Stephansdom

You can experience for yourself how it lives in the heart of the old imperial city of Vienna with an apartment at St. Stephen’s Cathedral (Vienna) during your holiday. Here you are surrounded by historical treasures and have the opportunity to get to know historical buildings such as the Hofburg, which is today the official seat of the Austrian Federal President. Also the Hundertwasserhaus, which was built in 1985 as a communal residential complex, lures you a few steps away from the Danube with an incomparable variety of colours and shapes. In addition, the world-famous Kunsthistorisches Museum of Vienna, the Sisi Museum, the Treasury with the Imperial Crown and countless other attractions await you around your private holiday apartment at St. Stephen’s Cathedral (Vienna). Find your private accommodation now at St. Stephen’s Cathedral, Vienna, and enjoy everyday life in the Austrian capital among all the historical sights. In addition to the traditional Viennese cuisine, the Viennese coffee house culture ensures that you can really enjoy your stay. Many of the authentic Viennese coffee houses have been preserved in the city centre to this day.

Living in the historic centre of the imperial city: Apartments at St. Stephen’s Cathedral, Vienna

For many centuries Vienna was the imperial imperial capital and residence of the Habsburgs, and the former role of Vienna as an important cultural and political centre in the centre of Europe can still be felt everywhere today. Vienna’s Old Town, with its magnificent historic buildings from the Middle Ages, Baroque and Wilhelminian style, has been a UNESCO World Heritage Site since 2001. During a stroll through the city centre, you can discover new details along the alleys of the old town and in the magnificent squares of the city and at the same time retreat to your private apartment at St. Stephen’s Cathedral (Vienna) at any time if it gets too hectic for you. In contrast to couchsurfing at St. Stephen’s Cathedral, Vienna, you enjoy your full privacy at all times. Use your private holiday apartment at St. Stephen’s Cathedral, Vienna, and visit the famous landmark of Vienna at St. Stephen’s Square. St. Stephen’s Cathedral is also affectionately called Steffl by the Viennese and owes its name to St. Stephen. The Roman Catholic Cathedral with its four towers and 13 bells is one of the most important Gothic buildings in Austria. It also includes the second largest free-swinging church bell in Europe.

Private holiday apartments at St. Stephen’s Cathedral (Vienna) and in the south-western districts of the city

Although you will find most of the sights in the immediate vicinity of your apartment at St. Stephen’s Cathedral, Vienna, an excursion to the south-western parts of the city is also worthwhile. While in Wieden to the south the Belvedere Palace attracts you with a baroque ensemble of two palaces and a garden, a few kilometres southwest of your Holiday Apartment in Vienna the UNESCO World Heritage Site Schönbrunn Palace awaits you not far from the Meidling district. Schönbrunn was built between 1638 and 1643 as the residence of Empress Eleonora Gonzaga and is still the largest palace in Austria today. With its magnificent interiors, gardens and pavilions, the former imperial residence is also one of the most visited cultural assets in the country. For your visit to Schönbrunn Palace you will also find private Apartments in Meidling, Vienna. From the city centre you can reach the palace park easily with the underground line U4 via the Schönbrunn stop.

Latest reviews for places in Vienna-Stephansdom