Well done. Look what authentic hosts in Istanbul-Kalyoncu Kulluğu are offering to you on 9flats.

Set in a renovated historic building, Neva Flats Taksim is a self-catering accommodation located in Beyoglu. Free WiFi access is available. The property is 750 metres from St. Antoine of Christ Church and 450 metres from Istiklal Street.Book now
from $12 per night 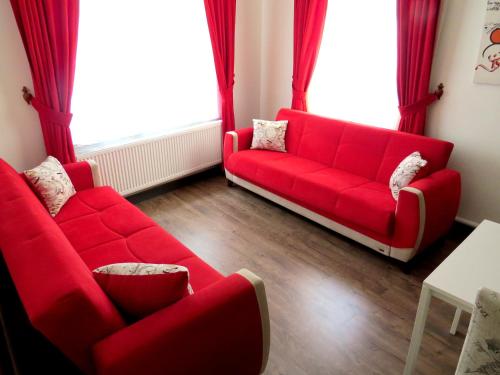 Set in a historical building, the family-run Istanberry - Berry Life Apartments feature free WiFi in all areas. Lively Istiklal Street, which houses many restaurants, malls and entertainment venues, is 200 metres from the property.Book now
from $16 per night 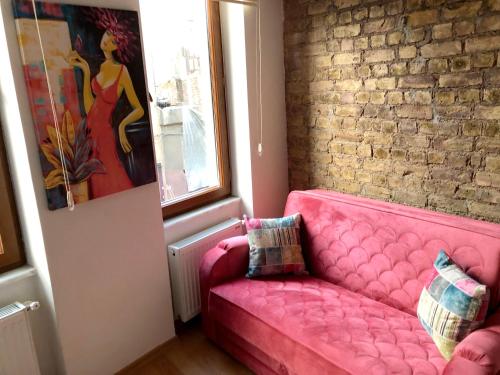 Featuring air conditioning, Istanberry - Dream Apartments is set in İstanbul, 600 metres from St. Anthony of Padua Church. Istiklal Street is 700 metres from the property. Free WiFi is provided .Book now
from $10 per night 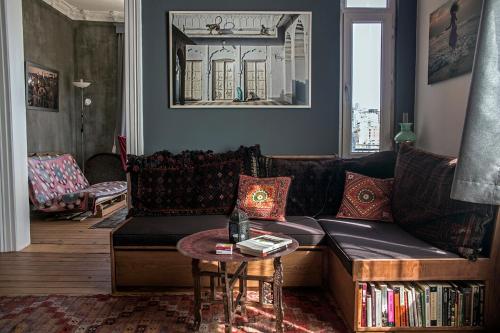 Set in Istanbul, less than 1 km from Istiklal Street and a 14-minute walk from Taksim Square, Century Old Apartment offers free WiFi and air conditioning. The property is 2.3 km from Dolmabahce Clock Tower and 2.8 km from Dolmabahce Palace.Book now
from $79 per night 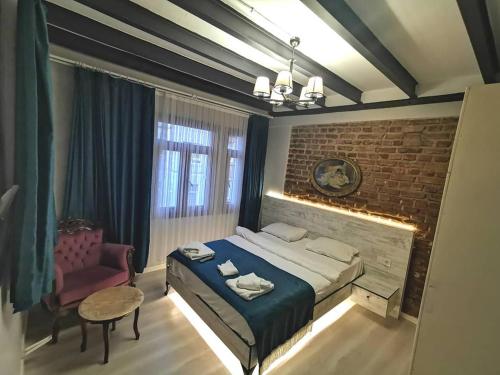 Located in Istanbul, less than 1 km from Istiklal Street, Neva River Flats Taksim features views of the city. The property is set 2 km from Istanbul Congress Center, 2.2 km from Dolmabahce Clock Tower and 2.6 km from Dolmabahce Palace. The accommodation provides a 24-hour front desk and free WiFi.Book now
from $12 per night 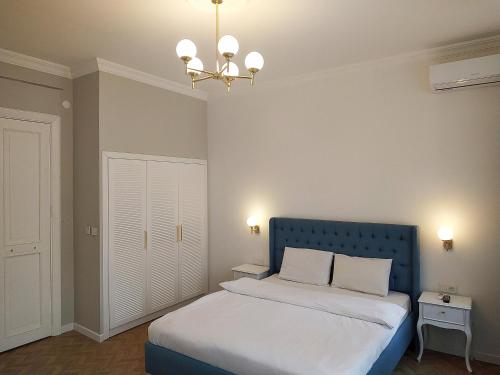 Situated 800 metres from Istiklal Street, Verna Hotel offers air-conditioned accommodation with a balcony and free WiFi.Book now
from $16 per night

Located in Beyoğlu, Istanberry - Pera Apartments offers accommodation just a 10-minute drive from the centre of Istanbul. Taksim Metro Station is only a 12-minute walk away.Book now
from $10 per night 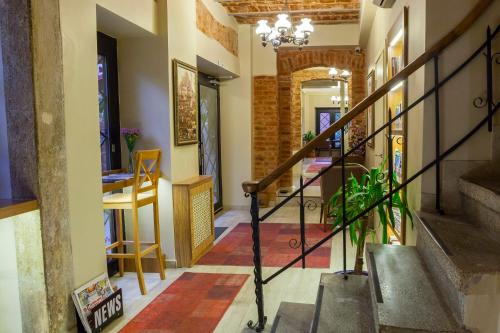 Located a 10-minute walking distance from lively Taksim, Fide Hotel offers a 24-hour reception, providing room service and currency exchange. Free WiFi access is available throughout the premises. Cafés, restaurants and shopping malls in Istiklal Street are also within an easy walk.Book now
from $18 per night 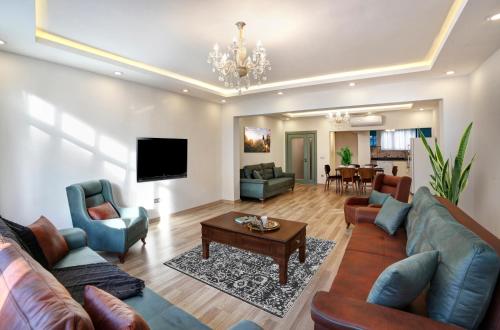 Set less than 1 km from Istiklal Street in Istanbul, Ardilas Apartment offers accommodation with air conditioning and free WiFi.Book now
from $69 per night 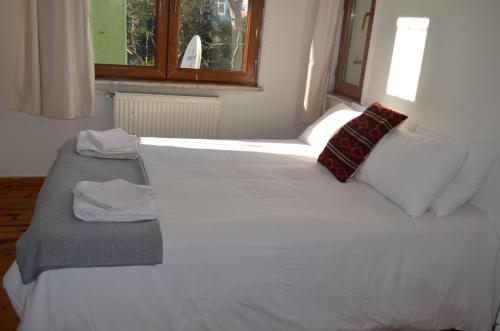 Set in Istanbul, 1.4 km from Galata Tower and less than 1 km from Istiklal Street, Spacious apartment Ö-3 with two bedrooms near Taksim offers free WiFi and air conditioning. Featuring free private parking, the apartment is in an area where guests can engage in activities such as hiking and fishing.Book now
from $28 per night 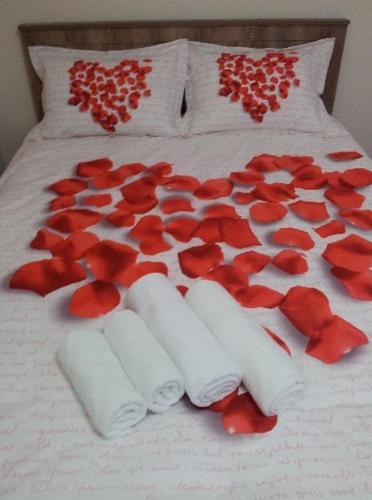 Located only a 5-minute walk from the lively Istiklal Avenue, Nelly Guesthouse offers rooms with free Wi-Fi. Taksim Square and Taksim Metro Station are a 10-minute walk away.Book now
from $22 per night 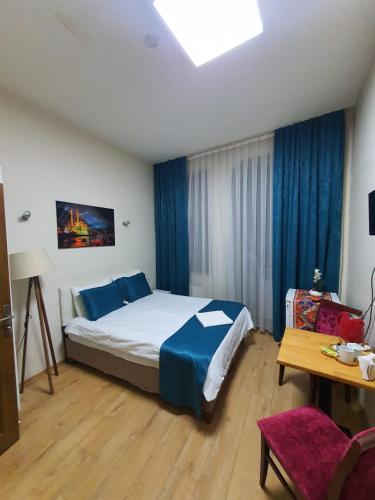 Located in Istanbul, 700 metres from Istiklal Street, Ariya Yildiz provides accommodation with a terrace, free WiFi and a shared kitchen. The property, housed in a building dating from 1985, is 2.2 km from Istanbul Congress Center and 2.2 km from Dolmabahce Clock Tower.Book now
from $79 per night

Kalyoncu Kulluğu is an area of Beyoğlu in Istanbul that takes its name from the busy, vibrant street that cuts right through the district. While this area of Istanbul has many influences from Europe and the West, it has still managed to retain its Turkish identity. A mix of Neoclassical and Art Nouveau buildings, the entire area is has a distinctive look that simply can’t be found in European cities, and that makes it extremely popular with European tourists. You can live amongst the local people in their own community by renting a holiday apartment in Istanbul via the 9flats website.

Enhance Your Visit to Istanbul with Holiday Apartments in Kalyoncu Kulluğu

If you’re looking for the main hive of activity in the area, you won’t have to look much farther than İstiklâl Caddesi. This pedestrianised area is fantastic place to socialise and party, as it is home to a vast selection of local restaurants, bars and night-clubs. However, if you’re more interested in therapy of the retail kind, the area is also home to dozens of shops and boutiques. Only a short walk away is Çiçek Pasajı, where some of the city’s oldest pubs and wine bars can be found. The Cezayir Sokağı – sometimes referred to as La Rue Francaise – features a selection of live music venues that double up as restaurants, so you can sample a range of cuisines whilst being entertained by pianists and singers. With so much partying and socialising to do in this lively area of Istanbul, your own holiday apartment in the area could save you a fortune on taxi fares.

A trip to the Galata Quarter of the city should be on your schedule of sight-seeing, as it is an ancient area of Istanbul that served as the financial centre for the ancient Ottoman Empire. Beyoğlu is an historic area of Istanbul, but it also has much to offer in the way of culture. The Istanbul Modern art gallery can be found near Karakoy Port, and it showcases contemporary art from both Turkish and international artists. Another of the districts historic wonders is the Hotel Pera Palace. Built in 1892, the hotel was renowned throughout the world for hosting passengers of the Orient Express. Indeed, Agatha Christie wrote her bestseller “Murder on the Orient Express” in one of the hotel’s rooms. You can now immerse yourself in the local way of live, by making holiday accommodation in Kamer Hatun your home from home. You’ll get the opportunity to live side-by-side with real residents of the city – the best way to fully appreciate such an ancient and wondrous culture.

Couchsurfing in Kalyoncu Kulluğu Has Been Taken to the Next Level

The couchsurfing phenomenon has taken the world of international travel by storm, as it gives people an affordable alternative to hotels in real, residential neighbourhoods. The 9flats offers a similar service, but it takes the idea a step further by offering entire holiday homes equipped with luxurious furnishings and fittings.