Well done. Look what authentic hosts in London-Lisson Grove are offering to you on 9flats. 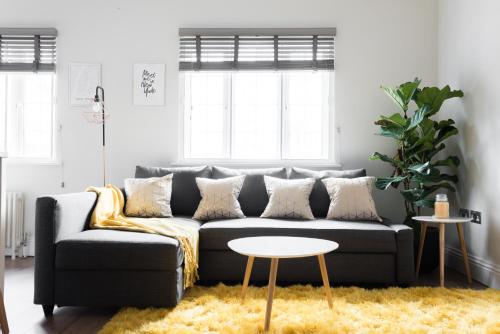 The Soho Studio - Modern & Central 2BDR in London provides accommodation with free WiFi, 1.5 km from Madame Tussauds, 1.5 km from Lord's Cricket Ground and 2.4 km from Regents Park. The property is 3.3 km from London Zoo and 3.6 km from Royal Albert Hall.Book now
from $83 per night 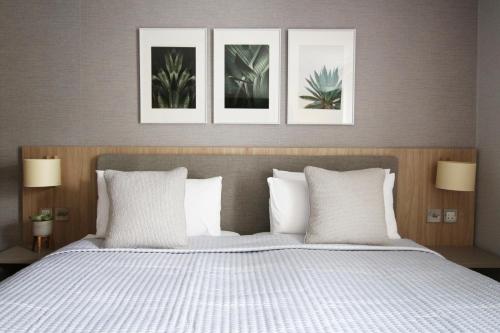 Inhabit, Southwick Street is a boutique townhouse hotel set across 6 former Georgian residences in Paddington, London. Hyde Park and Paddington station are within a 5-minute walk.Book now
from $83 per night 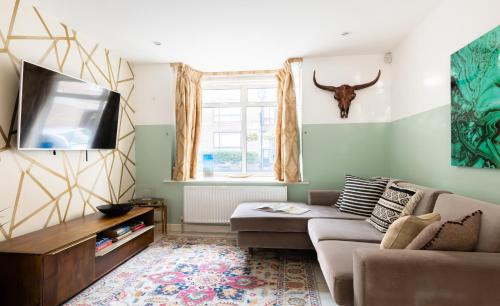 Offering free WiFi and free private parking, The Southwick Sanctuary - Large 6BDR with Terrace is situated in London, within just 1.4 km of Madame Tussauds. This apartment is 2.4 km from Regents Park and 2.4 km from Royal Albert Hall.Book now
from $83 per night 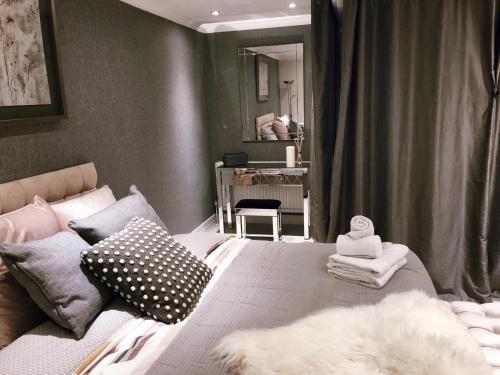 Situated in London, 1.9 km from Lord's Cricket Ground, Stay in Marble Arch features a living room with a flat-screen TV. The air-conditioned accommodation is 1 km from Madame Tussauds, and guests benefit from private parking available on site and free WiFi.Book now
from $83 per night 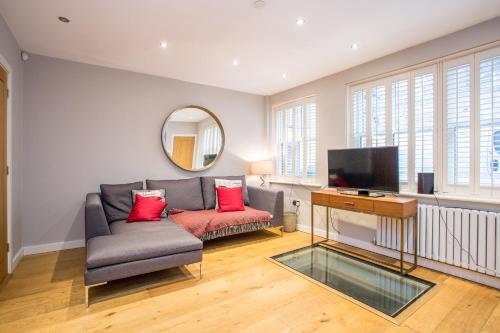 Offering free WiFi and free private parking, The Escalier Mews - Bright 3BDR Home is situated in London, just 1.3 km from The Serpentine. The property is 2.3 km from Lord's Cricket Ground and 2.7 km from Victoria and Albert Museum.Book now
from $220 per night 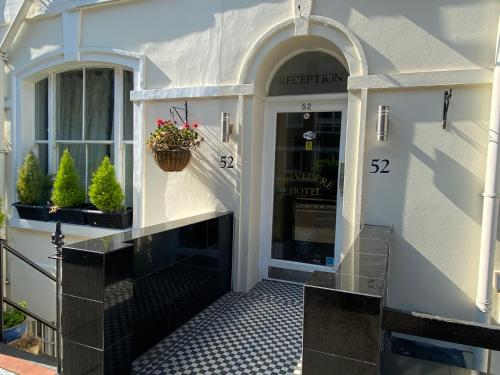 A few minutes' walk from Paddington Station and near to Hyde Park and Madame Tussauds, this Victorian listed building is a small, family-run hotel offering bed and breakfast.Book now
from $83 per night 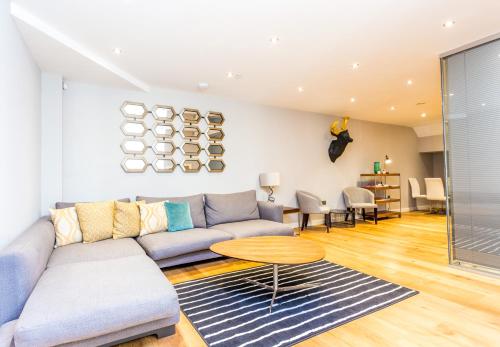 Offering free WiFi and free private parking, The Sweet Mews - Large 4BDR Home is situated in London, within just 1.3 km of The Serpentine. The property is 2.3 km from Lord's Cricket Ground and 2.7 km from Victoria and Albert Museum.Book now
from $83 per night 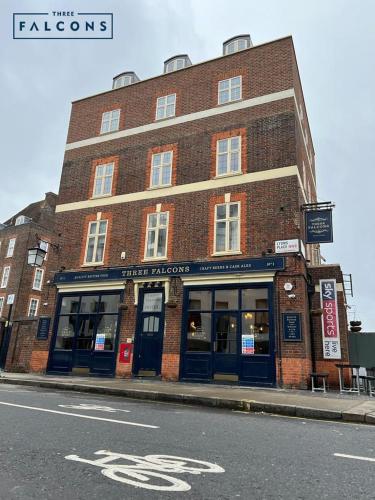 Boasting a restaurant, bar, shared lounge and free WiFi, Three Falcons is situated in London, 800 metres from Lord's Cricket Ground and 1.7 km from Madame Tussauds. The property is around 2.6 km from London Zoo, 2.7 km from Regents Park and 3.1 km from The Serpentine. Guests can have a drink at the snack bar.Book now
from $83 per night 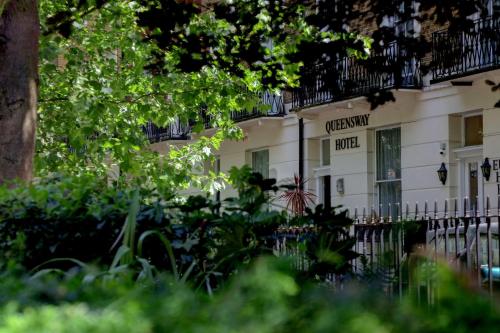 Situated in elegant Paddington, Queensway Hotel, Sure Hotel Collection by Best Western is just 300 metres from Paddington Railway Station. The traditional hotel has a 24-hour front desk and spacious rooms with free Wi-Fi.Book now
from $83 per night 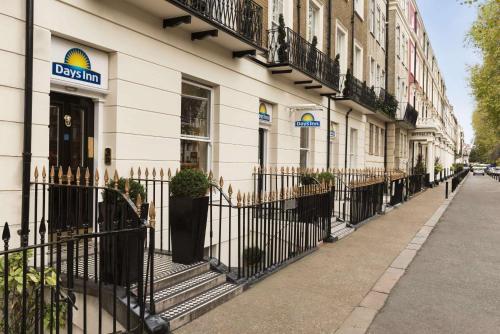 Just 500 metres from Hyde Park, this Days Inn is a 2-minute walk from Paddington Railway Station. The hotel has a 24-hour front desk and a modern lounge bar.Book now
from $83 per night 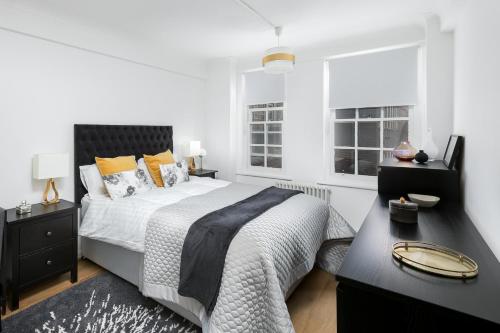 Situated within 1.5 km of Madame Tussauds and 1.9 km of The Serpentine in the centre of London, Paddington Marble Arch 4 features accommodation with seating area. Free WiFi is available throughout the property and private parking is available on site.Book now
from $236 per night In the Westminster Borough district of London, close to Madame Tussauds, Nice 3 Bedrooms apartment near Hyde Park & Oxford St features free WiFi and a washing machine. It is set 2 km from The Serpentine and offers luggage storage space.Book now
from $83 per night

See all 220 accommodations in London-Lisson Grove

Your private apartment in Lisson Grove, London takes you right into the heart of one of the up-and-coming neighborhoods in the heart of the metropolis. You will live in the immediate vicinity of numerous attractions such as Westminster Abbey, Madame Tussaud’s or the world-famous Baker Street. Reason enough to do without couchsurfing in Lisson Grove, London – because after an eventful day you will appreciate the peace and intimacy of your private holiday home.

Lisson Grove is part of the central district City of Westminster and looks back on an extremely dark past. For a long time, the surrounding streets counted as the stronghold of crime, despite the immediate proximity to numerous sights as the London Planetarium or the Regent’s Park. Today the situation has calmed down and Lisson Grove is one of the up-and-coming districts in central London. Your private holiday home in Lisson Grove, London is in the immediate vicinity of the famous Lisson Gallery, which specialises in modern art. Since 1967, it has offered well-known artists such as Ai Weiwei, Anish Kapoor and Julian Opie an important platform for public exposure. Fresh produce from the area can be found at Church Street Market, one of London’s oldest farmers’ markets. Here you can also stock up on some provisions if you want to visit another important attraction – Madame Tussaud’s. The wax museum has its fixed place on almost every sightseeing tour of the city, and the queues in front of the cash desk are correspondingly long. Baker Street is closely connected to the identity of the entire nation. Here is one of the most famous Apartments in London – the apartment of Sherlock Holmes. Many Britons acknowledge the hint that this is actually only a fictitious figure with a gentle smile – when it comes to national pride, one does not take the legendary British correctness so exactly.

Fish & chips are as much a part of London as Buckingham Palace and Madame Tussaud’s. The fast food restaurant has long been one of the big institutions and unites all social classes. A large selection of variations can be found in The Seashell of Lisson Grove (Lisson Grove). For over 40 years, fish & chips and fresh seafood have been served in the striking brick building. Huge aquariums decorate the walls and thus live up to the name of the restaurant. A little art enjoyment during the waiting time is provided by changing exhibitions, with which the restaurant also offers a platform for young artists. The menu of the Mandalay Burmese Restaurant on Edgware Road is much more exotic but no less tasty. You shouldn’t let yourself be deterred by the façade, which rather resembles a bad fast food restaurant. You won’t find better Burmese food in the whole city from your apartment in Lisson Grove, London. Especially recommended as a dessert or snack on the go: the fried bananas refined with sweet honey and mint. One of the hottest clubs near your private holiday home in Lisson Grove, London is the Home House (Portman Square). A club couldn’t be more noble – high walls, stucco, frescoes and a truly royal ambience. That’s probably how it must be when Buckingham Palace is transformed into a discotheque. Quite pleasing: despite the impressive appearance, the prices are always within reasonable limits. For your journey you can also book numerous private holiday apartments in Towerhamlets, London with us. This is the former centre of the British shipping industry. After many shipyards were closed, numerous restaurants and cultural institutions took over the vacated halls and today form one of the most varied districts of the British capital.