Well done. Look what authentic hosts in Castelo are offering to you on 9flats. 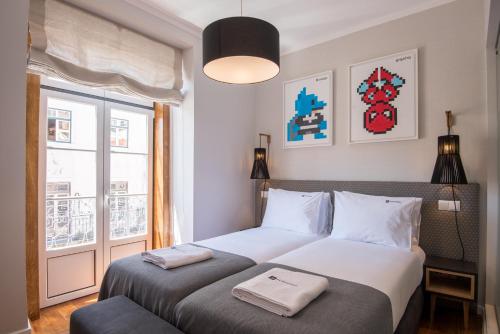 Conveniently located in the Santa Maria Maior district of Lisbon, Urbano FLH Hotels Lisboa is set 1 km from St. George's Castle, 1.6 km from Rossio and 1.7 km from Ribeira Market. The property is located 1.7 km from Dona Maria II National Theatre, 1.8 km from Miradouro da Senhora do Monte and 2.4 km from Commerce Square. The accommodation offers a 24-hour front desk as well as free WiFi throughout the property.Book now
from $59 per night 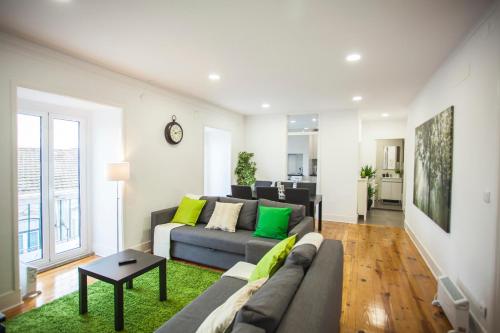 Featuring river views, Breathtaking River View in Alfama provides accommodation with a balcony and a kettle, around 800 metres from St. George's Castle. It has city views and free WiFi throughout the property.Book now
from $105 per night Set less than 1 km from Miradouro da Senhora do Monte and a 12-minute walk from St. George's Castle, São Vicente 1797 Apartments in Lisbon offers air-conditioned accommodation with views of the garden and free WiFi.Book now
from $125 per night 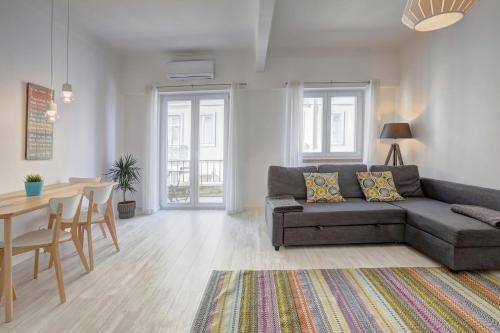 The Cosy and Quiet Mouraria House with a Balcony

Set in Lisbon, 1 km from St. George's Castle and 1.2 km from Miradouro da Senhora do Monte, The Cosy and Quiet Mouraria House with a Balcony offers air-conditioned accommodation with a balcony and free WiFi. The property, housed in a building dating from 1960, is 2.5 km from Ribeira Market and 8 km from Jeronimos Monastery.Book now
from $70 per night

Situated in Lisbon, 1 km from St. George's Castle and 1.2 km from Commerce Square, WHome | Alfama Deluxe Apartment features air-conditioned accommodation with a patio and free WiFi. The property is 2.3 km from Ribeira Market and 8 km from Lisbon Oceanarium.Book now
from $92 per night 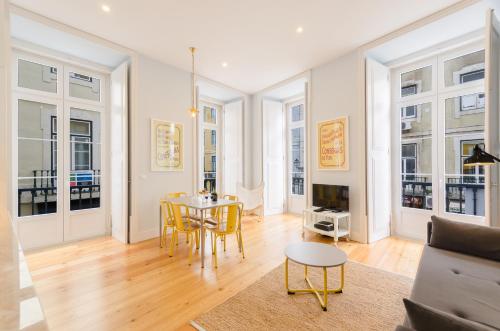 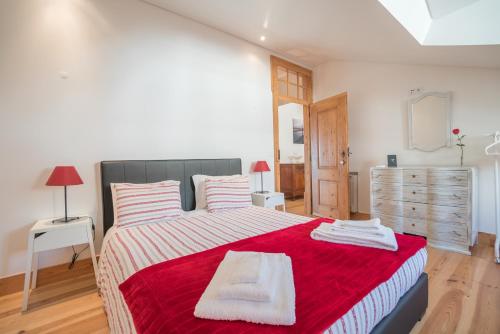 Located in Lisbon, 800 metres from Rossio and less than 1 km from St. George's Castle, Superb Flat Cathedral & River View offers free WiFi and air conditioning. The property has river and city views, and is less than 1 km from Dona Maria II National Theatre.Book now
from $111 per night 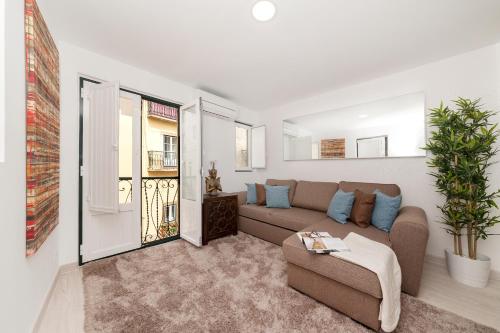 Situated in Lisbon, 1.1 km from St. George's Castle and 1.4 km from Commerce Square, Double L - Alfama3 offers free WiFi and air conditioning. The property features city views and is 1.5 km from Miradouro da Senhora do Monte and 2 km from Rossio.Book now
from $66 per night 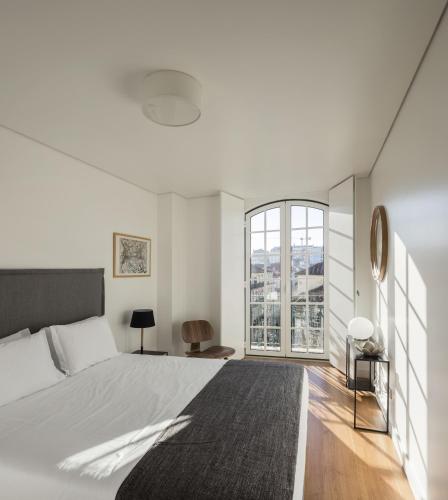 Located in the heart of Lisbon, Lisbon Serviced Apartments - Baixa Castelo offers accommodation within a 4-minute walk from Baixa-Chiado metro station. Free WiFi is offered throughout the property.Book now
from $65 per night

Featuring a bar, terrace and views of river, Esqina Cosmopolitan Lodge is located in Lisbon, 1.2 km from Rossio. Among the facilities of this property are a restaurant, a 24-hour front desk and an ATM, along with free WiFi throughout the property. Attractions in the area include Ribeira Market, 2.8 km away, or Commerce Square, set 2.8 km from the property.Book now
from $94 per night

See all 853 accommodations in Castelo

Castelo is a district of Lisbon that takes its name from the castle of Castelo de São Jorge on a hill above the city. In administrative terms, the municipality of Castelo includes, in the narrower sense, the walled area of the extensive castle complex. This is the smallest, but also the oldest municipality in Lisbon, as it was founded as early as 1147. Private apartments in Castelo/Lisbon are particularly popular with many tourists because they offer overnight accommodation in the immediate vicinity of one of the biggest tourist highlights of the Portuguese capital. Many houses, which were built on the castle hill or at its slopes, offer an interesting view over the city and into the further environment. In addition, other tourist destinations within Lisbon can also be easily reached from Castelo. Several lines of the traditional Lisbon tram run right past here, and several bus lines provide connections to many other parts of the city.

Apartments in Castelo/Lisbon: quarters in the heart of the historic old town:

With a private holiday apartment in Castelo, Lisbon, you can be sure of a holiday accommodation on historic ground. The Castelo de São Jorge is one of the landmarks and at the same time one of the most important historical sites in Lisbon. Originally built by the Moors, they lost the castle to Alfons the Conqueror in 1147. In the following centuries it served as a royal castle and the Torre do Tombo was used for the safekeeping of the royal collection of documents. Many parts of the old castle complex are today only preserved as ruins because the earthquake of Lisbon in 1755 also caused considerable destruction in this area. Today, the 6,000 square metre site not only offers architectural monuments worth seeing from different eras, but also spacious green areas where you can take a stroll and enjoy new views of the city and far beyond. Two courts invite you to play domino or boules. Compared to Couchsurfing in Castelo, Lisbon, you are more independent and have more freedom in a private area. In addition to the fascinating surroundings, a private holiday apartment in Castelo, Lisbon also benefits from the short distances to the city centre. Many interesting places in Lisbon can also be reached on foot from Castelo. In the narrow alleys of the old town you will always find a cool spot and a café or restaurant where you can enjoy Portuguese cuisine, even on hot days. Even if you want to be in the countryside during your holiday, a private apartment in Castelo, Lisbon, is a good choice. Because when you return in the evening, you can still explore Lisbon’s nightlife from there.

Private Apartments in Lisbon are offered in different variants. From a small studio to a spacious city apartment, everything is possible. So you can always find the right thing for you and your fellow travellers. The best thing is to take a look around our website and reserve your private accommodation in Castelo/Lisbon before someone else books it. If you don’t find anything suitable there, there are a number of interesting offers in other parts of the city, for example a holiday apartment in Ericeira, Lisbon, which is a little further northwest of Castelo.

Latest reviews for places in Castelo