Well done. Look what authentic hosts in Massachusetts are offering to you on 9flats. 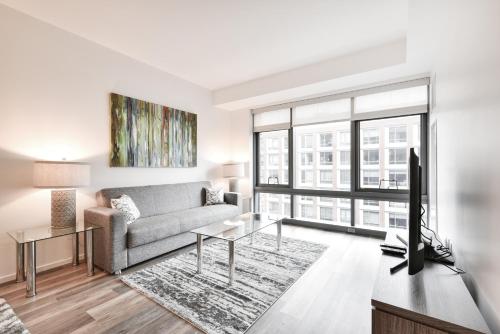 Set 1.1 km from Freedom Trail, Harmony Medical Suites on Canal offers accommodation with a seasonal outdoor swimming pool, a fitness centre and a 24-hour front desk for your convenience. Free WiFi is available throughout the property.Book now
from $210 per night 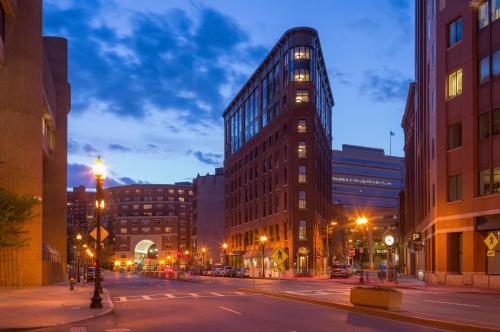 Built in the 1800s, this boutique hotel is located in Boston’s historic Bulfinch Triangle. This unique property offers contemporary guest rooms, free bike hire, and on-site dining at Finch Restaurant. TD Garden, a sports and entertainment arena, and North Station are both just 2 minutes' walk.Book now
from $83 per night 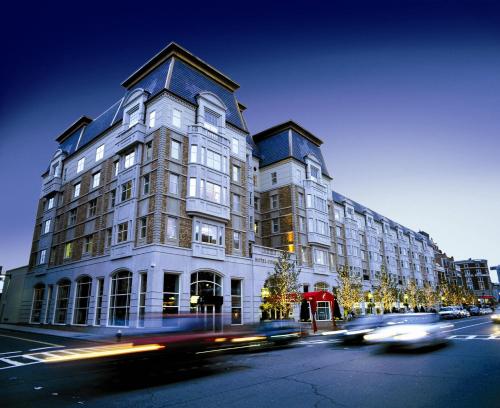 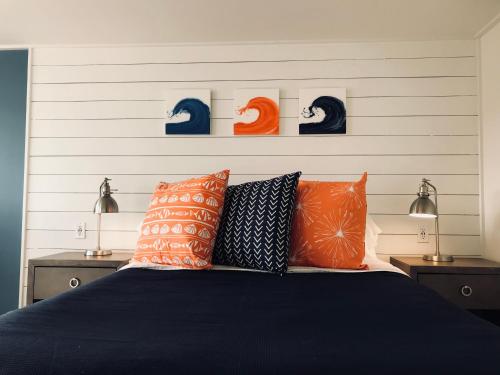 The Breakwater Hotel is directly across from the Provincetown Harbor beach and features rooms with bay views. Free Wi-Fi access is available in public areas. Pilgrim Monument is 2 miles away.Book now
from $83 per night Located 3 miles from the University of Massachusetts, this Amherst hotel boasts an indoor swimming pool and hot tub. The Emily Dickinson Museum is 5 minutes’ drive away.Book now
from $83 per night 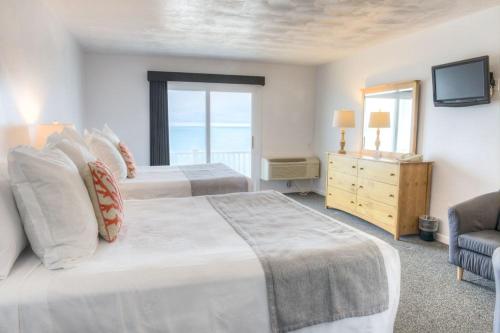 Set in Dennis Port, 100 metres from Sea Street Beach, The Three Seasons Resort offers accommodation with a restaurant, free private parking, a seasonal outdoor swimming pool and a bar. Offering a private beach area, the property is located within 2.7 km of South Village Beach. The accommodation features a 24-hour front desk and free WiFi throughout the property.Book now
from $83 per night 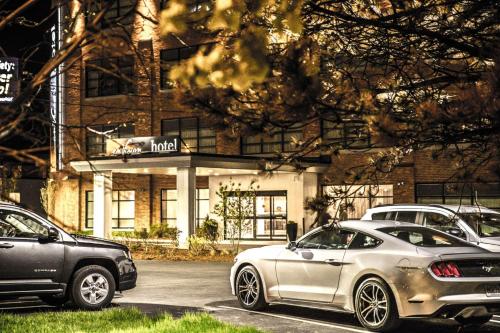 Situated in Boston, within 7 km of TD Garden and 7 km of Old North Church, enVision Hotel Boston-Everett, Ascend Hotel Collection features accommodation with a restaurant and a fitness centre, and free WiFi throughout the property. The property is around 7 km from Custom House, 8 km from Boston Tea Party Ship & Museum and 8 km from Faneuil Hall. The property is 8 km from King's Chapel and Burying Ground and 8 km from Beacon Hill.Book now
from $83 per night 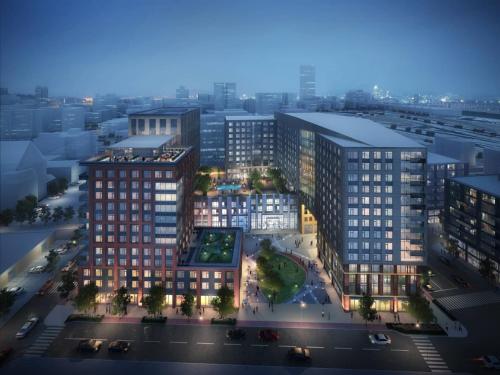 Situated in Boston, Global Luxury Suites in South End features free WiFi, and guests can enjoy a seasonal outdoor swimming pool, a fitness centre and a shared lounge.Book now
from $234 per night 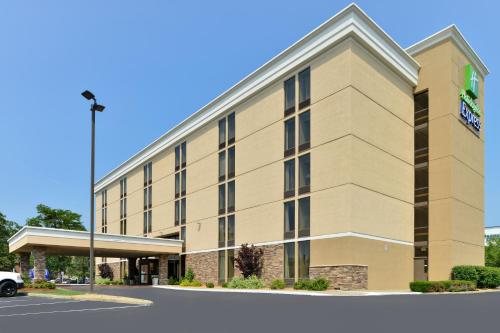 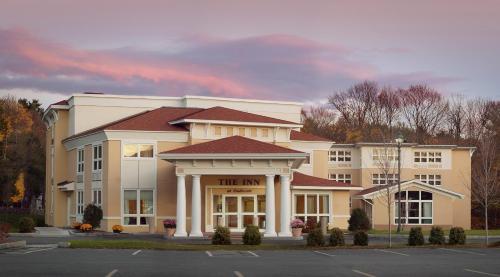 The Wylie Inn and Conference Center at Endicott College

Situated on 10 acres, this oceanfront property boasts an award-winning conference center, direct beach access and rooms with free Wi-Fi. Historic Salem is 10 minutes’ drive from this Beverly hotel.Book now
from $83 per night Ideally located in the heart of Boston, Massachusetts, and 4.4 km from Logan International Airport, accommodations, service and internet entertainment platform amenities such as Netflix and Hulu await guests at this hotel.Book now
from $83 per night 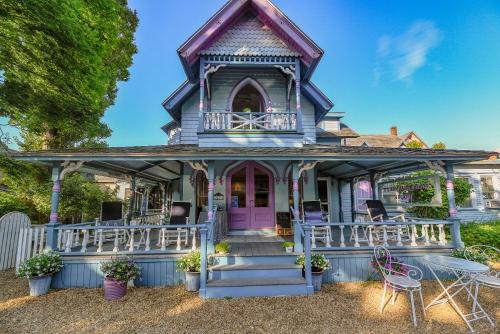 Relax at this Martha’s Vineyard bed and breakfast, located only 5 minutes’ walk from the beach. Each charming guestroom features free Wi-Fi access and an en suite bathroom.Book now
from $83 per night

See all 7126 accommodations in Massachusetts

The state with the difficult to spell name is located on the east coast of the United States. Its name comes from Indian, the language in which Massachusetts could be translated as “the great hills”. It was probably referred to as Great Blue Hill, about 15 kilometers southwest of Boston. Apartments in Massachusetts are interesting for you if you want to discover this great country and its sights. Not only will you be spoilt for choice when it comes to this subject, but you will also be spoilt for choice when it comes to finding the right accommodation. Finally, similar to couchsurfing in Massachusetts, we offer you domiciles that are comfortably furnished and made available by private individuals so that you can feel like the locals on the east coast during your stay. Take a look around here on our site to see if you would prefer to stay in Apartments in Boston or in a private Apartment in Barnstable, near Cape Cod, spend your time.

The best way to get to Massachusetts from Germany is to fly to Boston, the state’s capital and hub for further connections to other surrounding destinations. Apartments in Massachusetts are a great way to get to know this region. After all, the country offers not only forests, nature reserves and great cities, but also enchanting islands with coastlines and beaches that are second to none. Cape Cod in particular is one of Massachusetts’ most popular summer resorts. If you want to start your round trip in Boston, you are in good company, as the majority of travelers make the same decision. Boston is one of the oldest cities in the United States and is one of the wealthiest cities in the world, both financially and culturally. Harvard University and MIT, the Massachusetts Institute of Technology, are the famous institutes located in Cambridge (here you can find Holiday Apartments in Cambridge, the famous suburb of Boston) that have been presenting their students with difficult and challenging challenges since 1636 (Harvard University) and 1861 (MIT). And it is precisely these students who contribute to the fact that historical Boston today also has its own modern atmosphere. Art galleries, studios, show rooms as well as trendy clubs and bars characterize the cityscape and invite to extraordinary discoveries and participation in the hip nightlife.

Book one of the private holiday apartments in Massachusetts

Great national parks will spark your interest if you want to take extensive walks from your private Massachusetts vacation home: South River State Forest, Buckland State Forest, Conway State Forest or Montague State Wildlife Park. In the east there are the many coastal regions where you can spend carefree beach days. Here you will find breathtaking dune landscapes, secluded bays and fine sandy beaches. Massachusetts’ most beautiful beaches include Menemsha Beach and Katama Beach in Martha´s Vineyard, Singing Beach in Manchester-by-the-Sea, and Coast Guard Beach in Eastham on the famous Cape Cod National Seashore. You’ll find other great coastal regions in the states of New Hampshire and Maine. And matching Apartments in Lincolnville, Maine, too.

Latest reviews for places in Massachusetts