Well done. Look what authentic hosts in Baltimore are offering to you on 9flats. 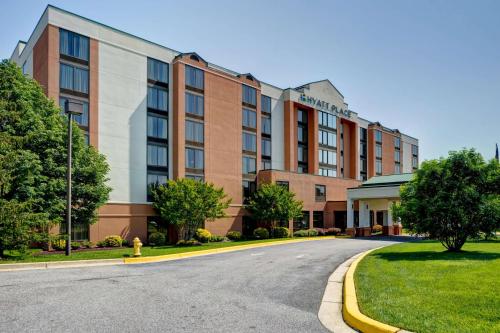 Offering a fitness centre and indoor pool, Hyatt Place Baltimore/BWI Airport is located in Linthicum Heights in the Maryland Region. Guests can enjoy the on-site restaurant.Book now
from $84 per night 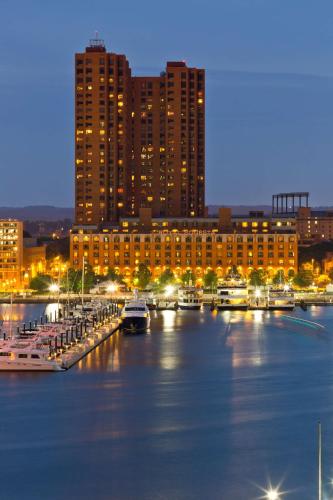 Royal Sonesta Harbor Court Baltimore offers the ideal waterfront location, across the street from the Maryland Science Center and Harborplace, and a quick stroll from the National Aquarium, Oriole Park at Camden Yards, and M&T Bank Stadium.Book now
from $83 per night Offering direct access to the Baltimore Convention Center via a covered sky bridge and within walking distance of the Inner Harbor, this hotel offers spacious guestrooms filled with sophisticated amenities.Book now
from $83 per night Housed in a former industrial warehouse, Fairfield Inn Baltimore Downtown offers accommodation within Baltimore’s Inner Harbor. It features a fitness centre and an internal patio with garden.Book now
from $83 per night 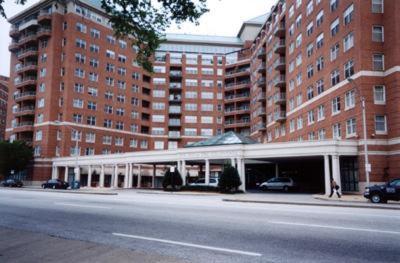 Inn at the Colonnade Baltimore - A DoubleTree by Hilton Hotel

Experience European-style elegance combined with all today's latest technologies at this hotel, located 550 metres from John Hopkins University and only a short drive from downtown Baltimore's main attractions.Book now
from $83 per night 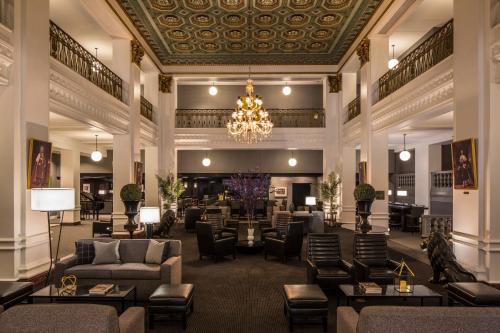 Located in the city centre of Baltimore, this hotel is 643 metres to the Inner Harbor and is 965 metres drive to Oriole Park at Camden Yards. Free Wi-Fi is accessible.Book now
from $83 per night This hotel features free shuttle service to Baltimore Washington International Airport, which is located 5 minutes’ drive away. An indoor pool and on-site dining are also available.Book now
from $85 per night 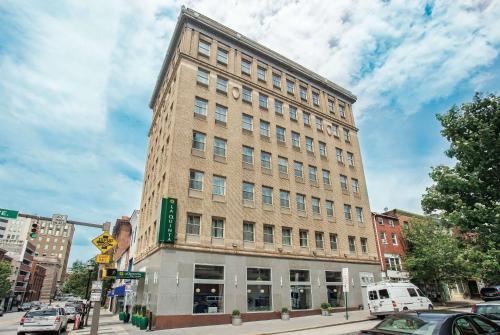 Ideally located in the Baltimore City Center district of Baltimore, La Quinta by Wyndham Inner Harbor Downtown is set 500 metres from Lexington Market, 500 metres from The Walters Art Museum and 1.3 km from Historic Ships in Baltimore. With a fitness centre, the 3-star hotel has air-conditioned rooms with free WiFi, each with a private bathroom. The accommodation offers a 24-hour front desk, an ATM and luggage storage for guests.Book now
from $53 per night

Baltimore's historic Fell's Point neighborhood is home to this charming hotel, situated steps from the waterfront and other attractions, and offering unique accommodations and thoughtful amenities.Book now
from $59 per night 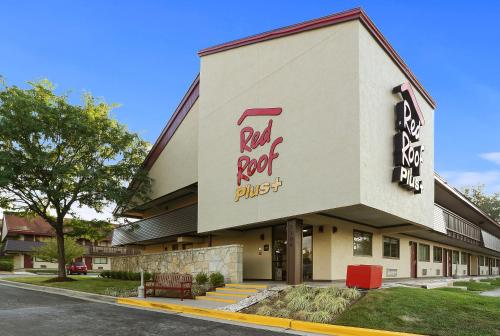 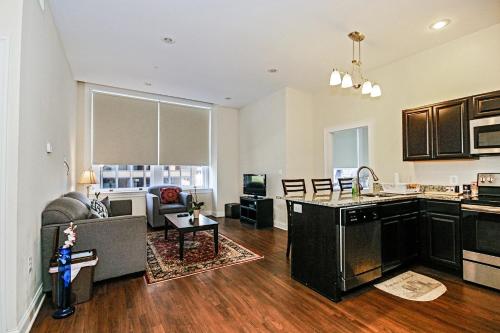 Set less than 1 km from Historic Ships in Baltimore, Chase at Lexington st offers a restaurant, a terrace and air-conditioned accommodation with a patio and free WiFi.Book now
from $111 per night

See all 275 accommodations in Baltimore

Northeast of Washington on Chesapeake Bay, Baltimore has one of the largest seaports in the United States. With its mild climate, varied sights and lively nightlife, the city is one of the most popular destinations on the East Coast of the United States. Book your holiday home in Baltimore now and discover the bustling city port of the metropolis, which with its well-kept promenade, aquarium and a variety of museums forms the tourist heart of the city. Here you can visit a submarine from the Second World War in the Naval Museum, admire curiosities from all over the world in Ripley’s Odditorium and visit the races of the IndyCar and Le Mans series on the Grand Prix track. With a private holiday apartment in Baltimore, you will be completely independent on your discovery tours and get to know the less touristy parts of the city. In contrast to couchsurfing in Baltimore, you still enjoy the full comfort at all times. Book an Apartment in Ednor Gardens-Lakeside, Baltimore. now!

Baltimore is an important industrial and commercial centre, not only because of its port, but also because it is home to numerous companies and research centres. The city is also home to a wealth of historic buildings. Here you can visit monuments such as the imposing Fort McHenry, the home and tomb of Edgar Allan Poes or the Basilica of Mary. Today, Baltimore is the largest city in the state of Maryland, and on your way to your Maryland Accommodation you will inevitably stop at the port city. Baltimore has a lot to see, not only during the day, but with a vibrant nightlife the city has made a name for itself far beyond the region. A private holiday home in Baltimore gives you the opportunity to discover the sheer endless variety of restaurants around the harbour and taste the steamed crabs that are appreciated as a local speciality. Not far from your apartment in Maryland, the bars, restaurants and clubs of Fells Point invite you to visit at a later hour, while in the pub district “Powerplant Live!” there are regular live concerts at the harbour. Even if you spend your vacation in a vacation home in Washington, Baltimore, about 60 kilometers away, is worth more than just a day trip.

Apartments in Baltimore and at the American east coast

With an international airport nearby and regular bus and train connections to the surrounding coastal cities, your Baltimore apartment or vacation home is not only easy to reach, but also serves as a starting point for your onward journey along the East Coast. Nearby Washington is just an hour’s drive away, and you can also reach an accommodation in New York from Baltimore in three hours. The journey takes you across the coastal plains and forests of New Jersey, where you can also find the protected Pinelands, the wild pine forests of the American Northeast. If you’re planning to spend the night in Baltimore, you can catch a light rail from Penn Station to the city centre. From Baltimore-Washington International Airport there are also direct connections to the city centre by light rail.

Latest reviews for places in Baltimore