Well done. Look what authentic hosts in Zagreb are offering to you on 9flats. 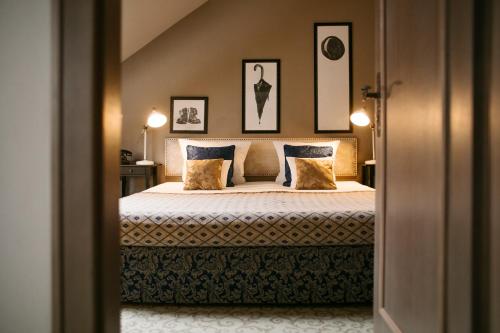 Situated between the main pedestrian street and Zagreb's old town close to Ban Jelacic Square, this hotel was refurbished in 2011. Founded in 1827, Hotel Jagerhorn is the city's oldest standing hotel.Book now
from $53 per night 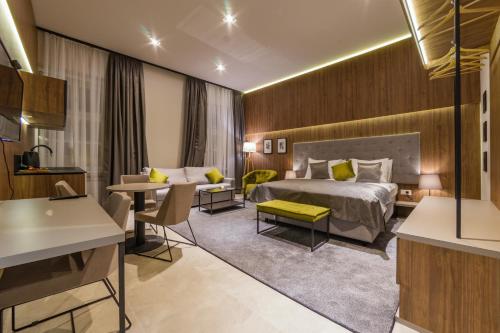 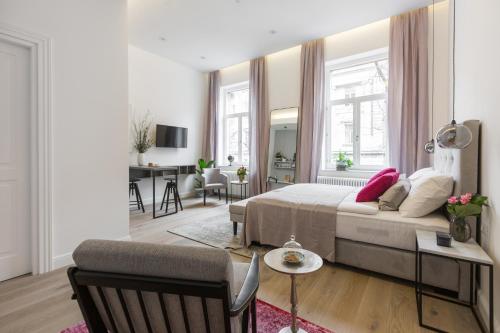 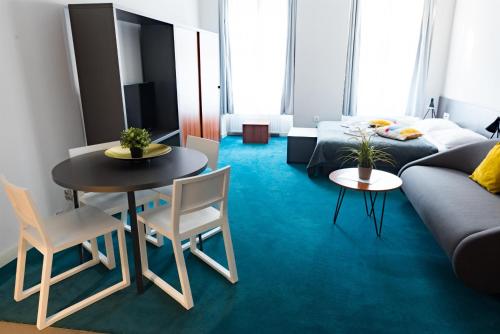 Flowers Premium Apartments & Rooms is located in the centre of Zagreb and offers Guest House accommodation. This property has spacious bedrooms with a free WiFi connection. Guests can help themselves to free Nespresso coffee and tea. Luggage storage facilities are also available.Book now
from $83 per night 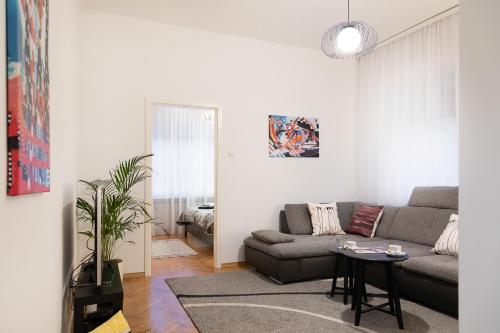 In the centre of Zagreb, located within a short distance of Archaeological Museum Zagreb and Zagreb Train Station, Modern Spacious 3BDR Apartment in heart of Zagreb offers free WiFi, air conditioning and household amenities such as a fridge and kettle. This property offers access to a balcony.Book now
from $83 per night 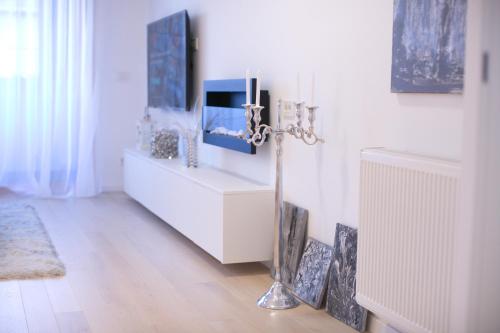 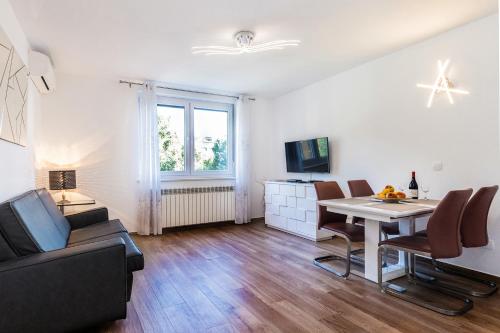 In the heart of Zagreb, set within a short distance of Zagreb Cathedral and Ban Jelacic Square, Modern 2BDR Apartment in Old Town- BEST LOCATION offers free WiFi, air conditioning and household amenities such as a fridge and kettle. This apartment is less than 1 km from Cvjetni Square and 1.8 km from Botanical Garden Zagreb.Book now
from $83 per night 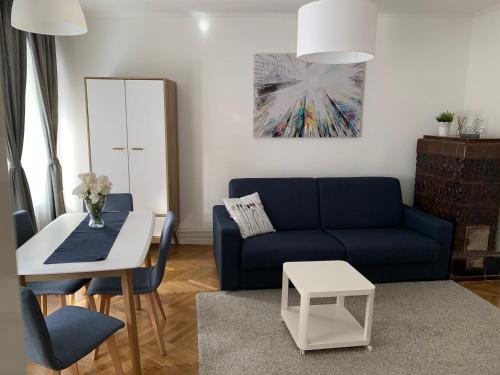 Apartmani SB 42 has well-equipped accommodation boasting free WiFi in Zagreb, 0.5 km from Zagreb Cathedral and 0.4 km from Dolac Market.Book now
from $30 per night 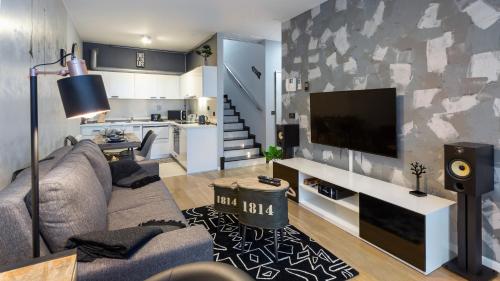 Located in Zagreb, 7 km from Technical Museum in Zagreb and 7.6 km from Botanical Garden Zagreb, New Gallery Best West Apartment 101 provides accommodation with free WiFi, air conditioning, a restaurant and a terrace. The property was built in 2008 and has accommodation with a patio.Book now
from $74 per night 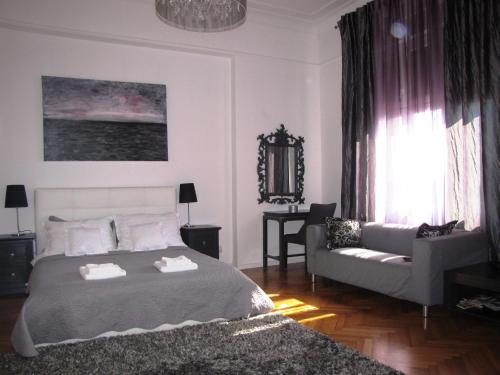 Situated in the centre of Zagreb, 300 metres from Cvjetni Square and 500 metres from Archaeological Museum Zagreb, SILVER Apartment offers free WiFi, a shared lounge and air conditioning. The apartment, set in a building dating from 19th century, is 600 metres from Croatian Museum of Naive Art and 800 metres from St. Mark's Church in Zagreb.Book now
from $60 per night 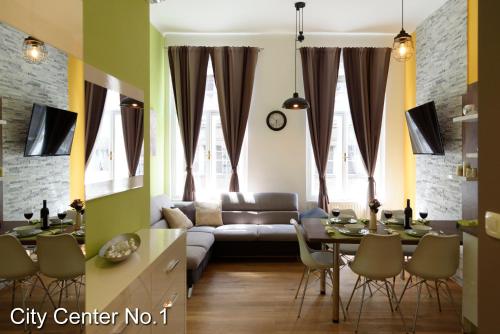 See all 1846 accommodations in Zagreb

The Croatian capital is not only one of the most important trade and economic centres in Southeast Europe, but also attracts hundreds of thousands of visitors from all over Europe every year with its impressive medieval city centre. Still marked 20 years ago by the consequences of the war in Croatia, today Zagreb can boast a rich cultural offer and a constantly growing nightlife. The Croatian capital is 900 years old now, and from your holiday home in Zagreb you can visit the medieval upper town by cable car, visit the cathedral as the city’s landmark and marvel at the Croatian National Theatre, one of the city’s most magnificent buildings, where world-famous artists such as Franz Liszt, Richard Strauss and Sarah Bernhardt have performed. Book your private apartment in Zagreb now and enjoy relaxing hours at the central Ban-Jelačić-Platz, which invites you to stroll as a spacious pedestrian zone. With a private accommodation you are completely independent and still don’t have to miss out on comfort and privacy as you would with couchsurfing in Zagreb.

The city of Zagreb developed in the Middle Ages from the two towns of Kaptol and Gradec, which today form the historical core of the upper town of Zagreb. Not far from your apartment in Zagreb some of the most important sights of the city await you here, above all the Lotrščak Tower, where a cannon shot is fired daily at twelve o’clock. The Stone Gate is the last of the original five city gates to remind you of the historic city walls, while you can visit the former seat of the Viceroy and today’s seat of government in the Banal courtyard. In the younger lower town, you can visit many of Zagreb’s museums, including the Archaeological Museum with an Egyptian mummy and other Egyptian and numismatic treasures. The Croatian capital is also known nationwide for its film festivals and the many cultural events that take place during the summer months in Bundek Park and other locations throughout the city. Use your private apartment in Zagreb to visit Lake Jarun southwest of the city centre. This popular resort not only offers windsurfers the best conditions, but is also a popular party destination with its beaches and bars.

Via the international airport you can reach your apartment in Zagreb directly from several German cities, including Berlin, Munich, Frankfurt and Dortmund. For your onward journey to your private accommodation in Rijeka and other seaside resorts on the Croatian coast you can use the main railway station Glavni kolodvo just a few minutes walk from Ban-Jelačić-Platz. From here there are also direct connections to Munich, Salzburg, Zurich and other European metropolises. If you have booked a holiday apartment in Split or an accommodation in Zadar, you can use the trip to the south of the country to visit the Plitvice Lakes National Park on the way. The country’s largest national park has been a UNESCO World Heritage Site since 1979 and attracts one million visitors a year from all over the world with its cascade lakes. Along the coast Apartments in Jadranovo and other seaside resorts offer you the opportunity to discover the islands of the Kvarner Bay on boat trips.

Latest reviews for places in Zagreb

Zagreb
close
Cookies help us deliver our services. By using our services, you agree to our use of cookies.