Well done. Look what authentic hosts in Baixa are offering to you on 9flats. 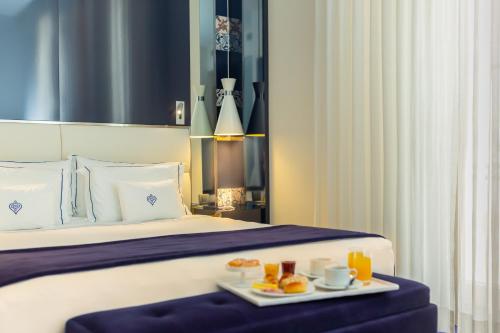 Offering paid private parking (subject to availability), the 4-star Hotel Portugal features a 24-hour reception and a central location in Lisbon, 200 metres from Rossio Square. It has a bar on site and 24-hour room service.Book now
from $83 per night 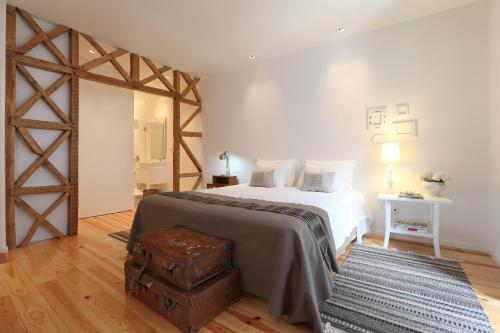 This two-bedroom apartment is located on the second floor of a 19th-century building without elevator. My Lisbon Apartment offers a central location in Lisbon, just 1 minute walking from Avenida da Liberdade.Book now
from $115 per night 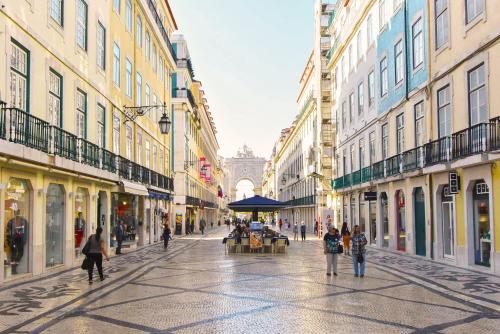 Located within 500 metres of Rossio and 600 metres of Dona Maria II National Theatre in the centre of Lisbon, Augusta Residence Apartments provides accommodation with free WiFi and seating area.Book now
from $93 per night 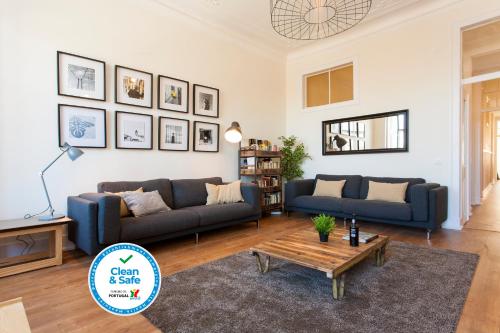 In a central area of Lisbon, located within a short distance of Ribeira Market and Rossio, Bairro Alto Palace - Apartment for large groups offers free WiFi, air conditioning and household amenities such as a fridge and kettle. The property was built in 1950 and has accommodation with a balcony.Book now
from $83 per night 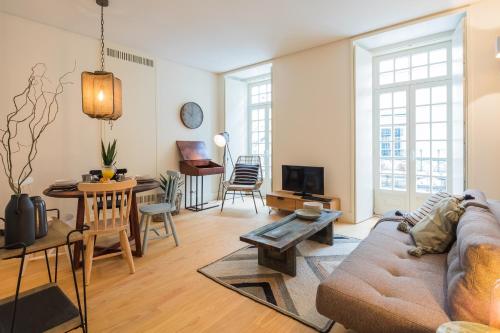 Set within 1.1 km of Ribeira Market and 1.4 km of Commerce Square in the centre of Lisbon, Almaria - Officina Real Apartments | Chiado offers accommodation with free WiFi and seating area.Book now
from $123 per night 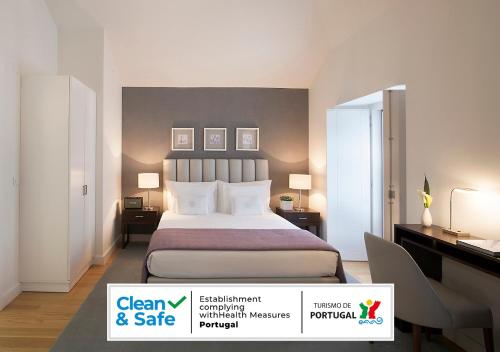 With a prime location in Lisbon's Old Town, Grape Harbor features elegant accommodation at just 500 metres from Rossio. The property has atraditional exterior, which was fully renovated, and is at just 300 metres from Commerce Square, which overlooks the Tagus River.Book now
from $83 per night 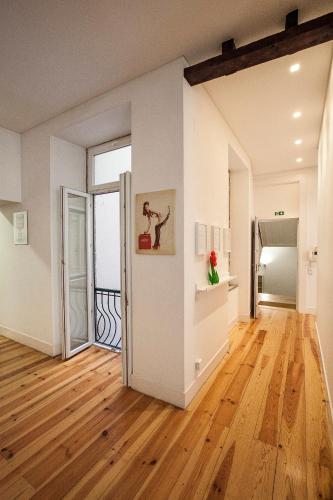 In the Santa Maria Maior district of Lisbon, close to Rossio, Pop Art Lisboa 204 features free WiFi and a washing machine. The property has city views and is 1.1 km from Dona Maria II National Theatre and 1.3 km from St. George's Castle.Book now
from $83 per night 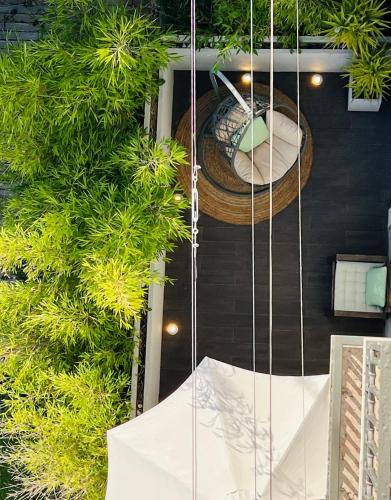 The Lisbon Guests Apartments is located in a charming 19th century building, next to Liberdade Avenue. Presenting itself as an inner city apartment, it combines an elegant atmosphere, melding a classical décor with a sophisticated touch.Book now
from $83 per night 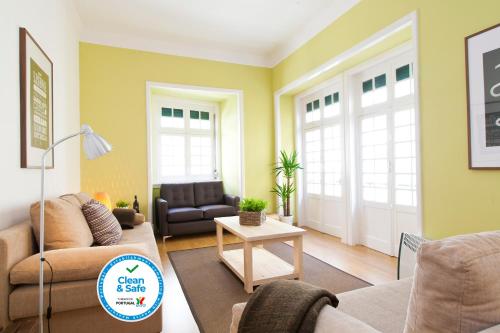 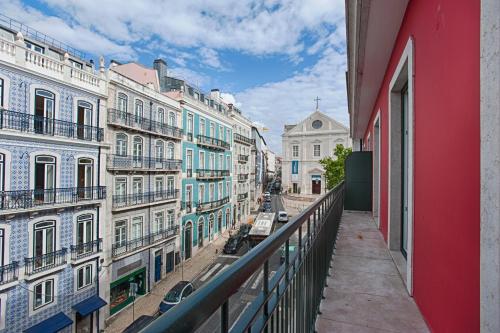 Set in Lisbon, within 300 metres of Chiado and 400 metres of Rossio, Chiado Mercy Apartments | Lisbon Best Apartments provides accommodation with a flat-screen TV and a kitchenette. A free mobile hotspot device is provided.Book now
from $83 per night 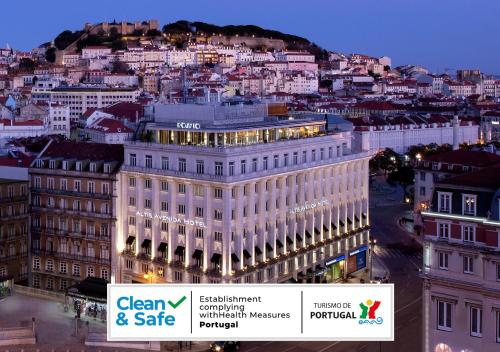 The 5-star Altis Avenida Hotel offers luxury accommodation in the heart of Lisbon city. It is within a 5-minute walk from the shopping triangle, Rua Augusta Street, Chiado and Liberdade Avenue.Book now
from $83 per night

See all 2123 accommodations in Baixa

Baixa Pombalina is also called Baixa, the lower town, by its inhabitants. As the name says, the district is located below the upper town Bairro Alto, the old town of Lisbon. With an apartment in Baixa Pombalina (Lisbon) you not only live in the middle of the city centre, but also in one of the most elegant districts of the Portuguese capital. In contrast to the historic alleys of the Bairro Alto, the area around your private holiday apartment in Baixa Pombalina, Lisbon, is dominated by well-kept pedestrian zones and magnificent shopping streets, but also by a wealth of neoclassical buildings and art deco splendour. Find now your private accommodation in Baixa Pombalina (Lisbon) and enjoy some pleasant hours in one of the many cafés along the pedestrian street Rua Augusta or visit the Bairro Alto with the elevator Santa Justa, which connects the old town as well as three historical funiculars with the lower situated districts. Private accommodation gives you the opportunity to get to know Lisbon away from the tourist attractions and, unlike couchsurfing in Baixa Pombalina (Lisbon), still offers you the comfort you want.

Baixa Pombalina is one of the youngest quarters of the Portuguese capital. The central business district was completely rebuilt after the devastating earthquake of 1755 and is today considered a prime example of modern and earthquake-proof construction. With its open design and spacious squares and streets, the area around your private accommodation in Baixa Pombalina, Lisbon, is in stark contrast to the old town district of Encarnação with the Bairro Alto, and even if you spend your holiday in a holiday apartment in Encarnação, Lisbon, you will not be able to avoid visiting Baixa Pombalina. As a central district, almost all roads lead to or from Baixa Pombalina, whether you arrive from the Santa Apolonia train station in the east or continue your journey to the surrounding districts. Your apartment in Baixa Pombalina, Lisbon, is connected via the metro stations Rossio, Baixa/Chiado and Martim Moniz to the green metro line that crosses the city in a north-south direction and takes you to the traffic junction Cais do Sodre on the banks of the Tejo. But also the tram line 15 crosses Baixa Pombalina with partly historical cars and takes you directly to the district Belém, where the magnificent Torre de Belém is the symbol of the city.

With its impressive squares, monuments and shopping facilities, Baixa Pombalina is the undisputed centre of Lisbon by day. In the evening, not far from your apartment in Baixa Pombalina (Lisbon), you will find the countless bars and restaurants of the Bairro Alto, which offer something for everyone, from fado bars to student clubs and the hottest techno clubs. You’ll also find a wide range of culinary delights, including some of the best restaurants in the city. Your Holiday Apartment in Lisbon is just a few steps away from the Bairro Alto, and the Santa Justa elevator takes you directly to the Largo do Carmo viewpoint in the Bairro Alto. Baixa Pombalina also has a wealth of restaurants and cultural facilities, including the National Theatre Dona Maria, the oldest theatre in the city.

Latest reviews for places in Baixa