Well done. Look what authentic hosts in Santa Eulalia del Río are offering to you on 9flats. 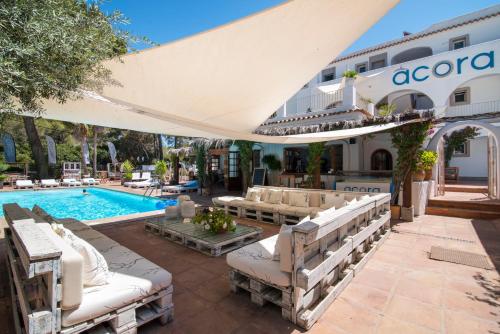 Featuring an outdoor pool and a sun terrace with Balinese beds and sun loungers, Ácora Ibiza is set around 5 minutes’ walk from the beach in S’Argamassa.Book now
from $39 per night 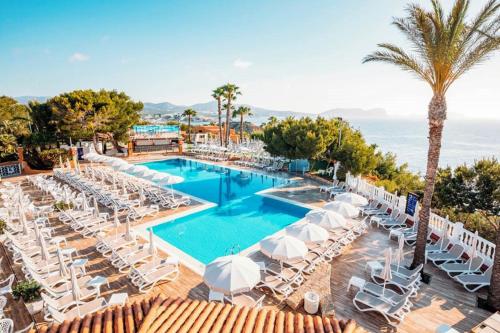 Set in a peaceful area of Es Canar, Hotel Cala Martina by LLUM is just a few metres from Cala Martina Beach. The accommodation features an outdoor pool.Book now
from $87 per night ME Ibiza - The Leading Hotels of the World

Situated right in front of the beach and offering multiple swimming pools, a spa with contemporary beauty treatments, and beautiful ocean views, ME Ibiza hotel is located in S'Argamassa. Free Wi-Fi is available.Book now
from $87 per night 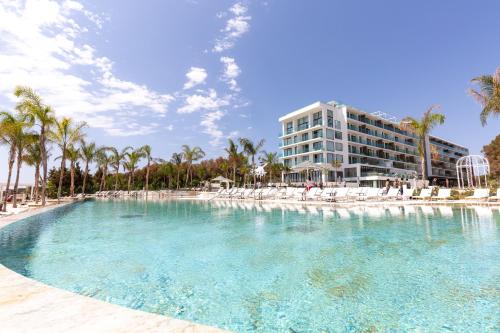 BLESS Hotel Ibiza - The Leading Hotels of The World

Overlooking the Mediterranean Sea and the island of Tagomago, Bless Hotel Ibiza is located in a quiet part of eastern Ibiza. It features an outdoor infinity pool and direct beach access.Book now
from $87 per night 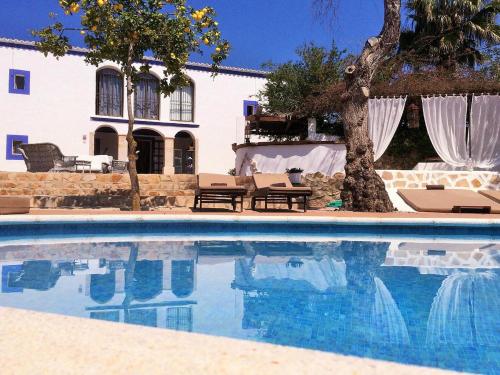 Agroturismo Can Marquet - Adults Only

Agroturismo Can Marquet - Adults Only features gardens with hammocks, a swimming pool and sun terrace. It is set in a country house in the centre of Ibiza and offers free Wi-Fi in all areas.Book now
from $87 per night 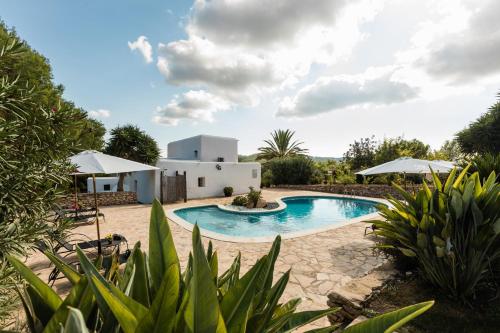 Offering an outdoor swimming pool and large gardens, Can Guillem is a stylish converted farmhouse set in the Ibizan countryside. It offers free Wi-Fi and is located 5 km from Ibiza Town.Book now
from $87 per night 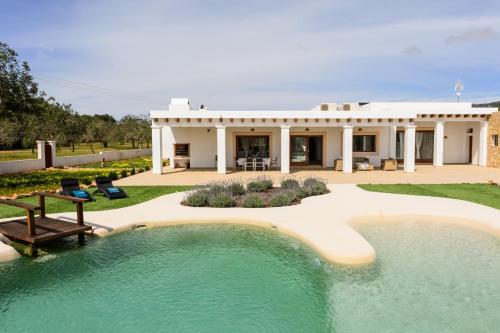 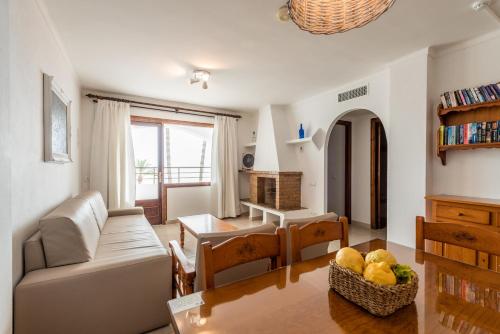 Set just 50 metres from Els Pins Beach in Ibiza’s Santa Eulalia, Apartamentos Ros have a seasonal outdoor pool and snack bar. Each apartment has a private balcony and well-equipped kitchen.Book now
from $87 per night 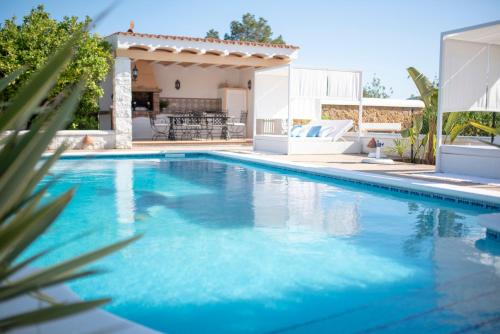 Situated in Montecristo, 5.8 km from Marina Botafoch and 6.6 km from Ibiza Port, Villa Can Americano offers a seasonal outdoor swimming pool and air conditioning. This villa has a private pool, a garden, barbecue facilities, free WiFi and free private parking.Book now
from $87 per night This 5-star hotel is next to Siesta Beach, in Ibiza’s Santa Eulalia. Grand Hotel Palladium has a salt-water
outdoor swimming pool, a terrace with sunbeds overlooking Santa Eulalia Bay and a springwater spa.Book now
from $87 per night 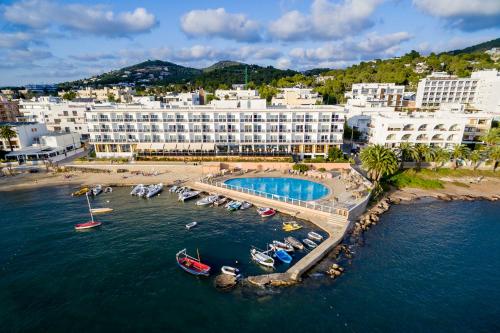 Set on the beach in Talamanca Bay, 3 km from Ibiza Town, this hotel offers an outdoor pool with sea views. There is a free spa with a gym and hot tub.Book now
from $87 per night

The town of Santa Eulalia del Río (or Eulària des Riu in Catalan) is located to the east of the popular Balearic island of Ibiza. The town owes its name to the only river in the whole of Ibiza that flows through Santa Eulalia and finally flows into the sea south of the city. While today the river is mostly dry, it was involved in the irrigation of the island and the operation of some mills until the 18th century. From a landscape point of view, Santa Eulalia del Río is characterized by its proximity to the coast as well as by the so-called Kirchberg, a hill called “Puig de Missa”. In the middle of the 16th century the bright white church “Eglèsia de Sta. Eulària” was built on it and extended into the 18th century. With a little luck you will find an apartment in Santa Eulalia del Río directly on the hill. Then a breathtaking view over coast and sea is safe. Among the particularly popular accommodations here are the Apartments in Jesús – one of the larger districts of the municipality – as well as Apartments in Puig de’n Valls. Even couchsurfing in Santa Eulalia del Río is becoming increasingly popular. Before you decide to do so, however, you should be aware of whether you really want to and can do without any comfort and privacy in case of need. Better not? Then rent a private holiday apartment in Santa Eulalia del Río. Here, too, you will live in the midst of the locals and can count on the one or other insider tip of your landlord.

Apartments in Santa Eulalia del Río, in the east of Ibiza

Whether you are looking for accommodation in the municipality or renting an apartment in Ibiza City, a detour to Santa Eulalia del Río is definitely worthwhile. After Ibiza City and Sant Antoni, Santa Eulalia, with a permanent population of 30,000, is the third largest municipality on the island. From a touristic point of view, the comparatively quiet, dignified place attracts above all families and elderly, wealthy visitors. In addition, the beautiful Santa Eulalias marina has almost caught up with Ibiza City in terms of popularity and price. A sandy beach and an enchanting promenade with numerous small shops, restaurants, cafés and bars invite you to take a leisurely stroll along the coast or sunbathe. Culture enthusiasts can also visit the local ethnological museum and learn more about the traditional island life.

From private accommodation in Santa Eulalia del Río throughout the country

From your apartment in Santa Eulalia del Río you can easily explore the rest of the island and the surrounding area. There are regular buses from the central train station to all the surrounding municipalities. On the water a regular service connects Santa Eulalia del Río with the northeastern region Es Cana and the southwest with Ibiza city. In addition, it is always possible to board a catamaran to set over to the neighboring island of Formentera. Another dream is the route from Ibiza to the Spanish mainland, following the coastline, via Valencia and Barcelona to Marseille in France. But because this trip takes eleven hours, an accommodation in Marseille makes sense before you go back home. Or: You simply make two holidays out of it. You can book both here!