Well done. Look what authentic hosts in Powys are offering to you on 9flats. 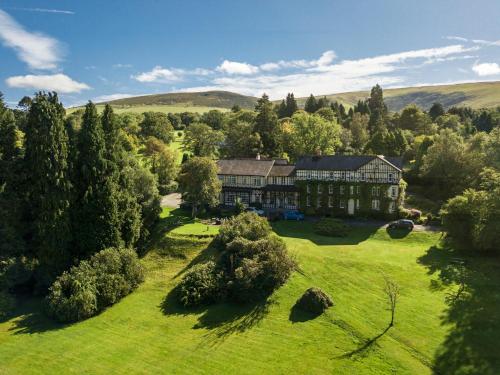 Set in 50-acre grounds The Lake Country House Hotel & Spa lies in the heart of the Welsh countryside. With en suite bathrooms it also boasts a swimming pool and sauna.Book now
from $83 per night 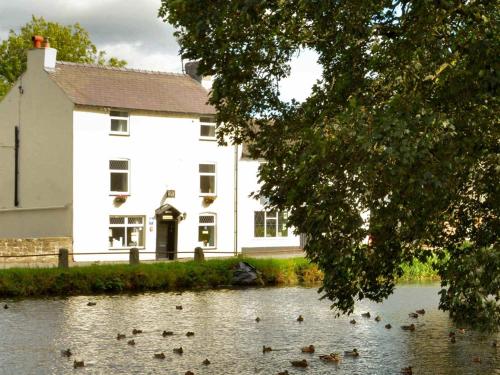 Set in Oswestry in the Shropshire region, with Whittington Castle nearby, Fitzwarine House Whittington offers accommodation with free WiFi.Book now
from $94 per night 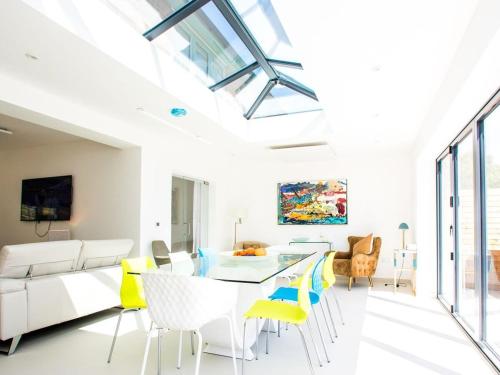 Hiraeth at the Brecon Beacons

Set in Merthyr Tydfil, just 43 km from Cardiff University, Hiraeth at the Brecon Beacons offers accommodation with a shared lounge, water sports facilities, a tennis court and free WiFi. Boasting a patio, the holiday home is in an area where guests can engage in activities such as fishing and canoeing.Book now
from $363 per night 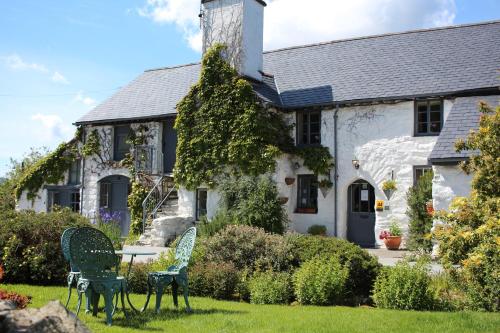 In the Snowdonia National Park, a 5-minute drive from the market town of Dolgellau, Dolgun Uchaf Guesthouse and Cottages is a farmhouse full of character offering views, well-equipped bedrooms and free Wi-Fi in the public areas. Free parking onsite is also offered.Book now
from $83 per night 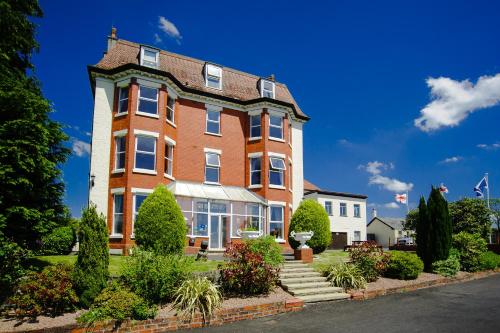 Highland Moors is the last Victorian Hydro Spa Hotel left in Wales, now a refurbished guest house and venue for conferences, functions and meetings. Set only 6 miles from the Royal Welsh Showground and a 20-minute drive from the Elan Valley, it has free Wi-Fi throughout and free secure parking.Book now
from $87 per night 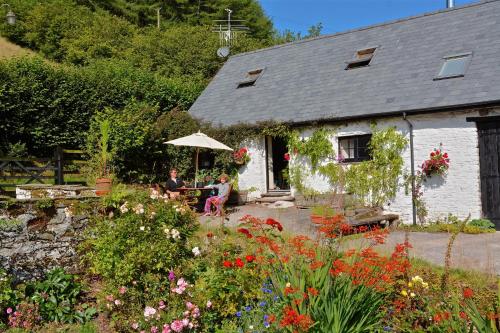 Barn Cottage is situated in Brecon, 18 km from Brecon Cathedral and 48 km from Clifford Castle, in an area where hiking can be enjoyed. This holiday home features a garden, barbecue facilities, free WiFi and free private parking.Book now
from $83 per night 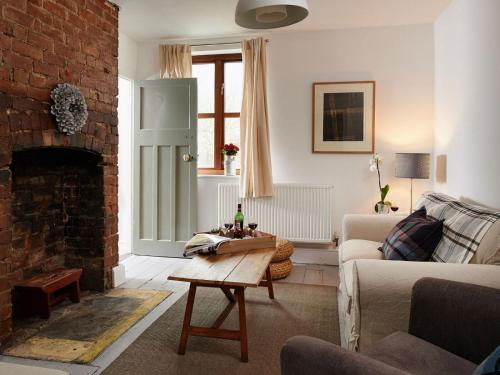 Boasting a restaurant, a bar, and a garden, Small Brook Cottage offers accommodation in Hay-on-Wye with free WiFi and river views. With garden views, this accommodation provides a patio.Book now
from $83 per night 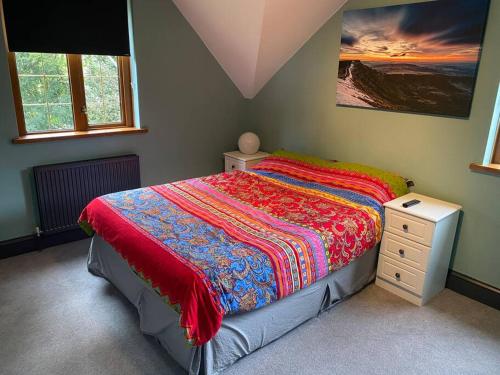 One Bedroom with Private Bathroom facilities

One Bedroom with Private Bathroom facilities is situated in Llanhamlach, 31 km from Clifford Castle and 41 km from Kinnersley Castle, in an area where hiking can be enjoyed. Set 6.1 km from Brecon Cathedral, the property features a garden and free private parking.Book now
from $83 per night 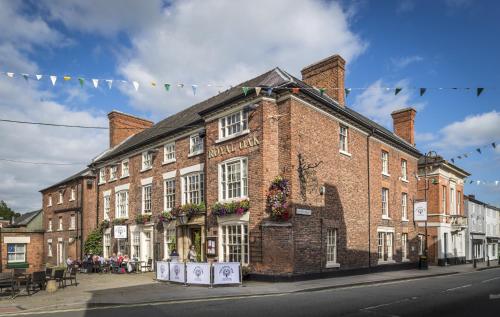 Centrally located in Welshpool, known as the Gateway to Wales, this historic hotel offers traditional cuisine and a range of real ales. The The Royal Oak Hotel, Welshpool, Mid Wales offers free on-site parking and free Wi-Fi.Book now
from $83 per night 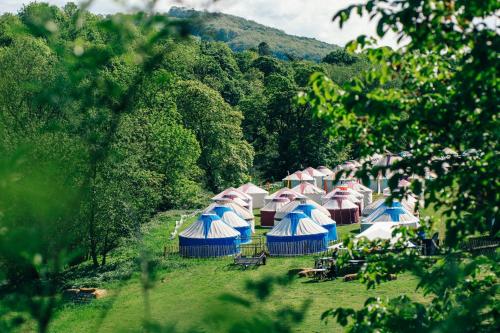 Situated in the Hay Valley close to Hay Castle, Boutique Luxury Yurts is situated in Hay-on-Wye and offers accommodation for HowTheLightGetsIn Festival.Book now
from $83 per night 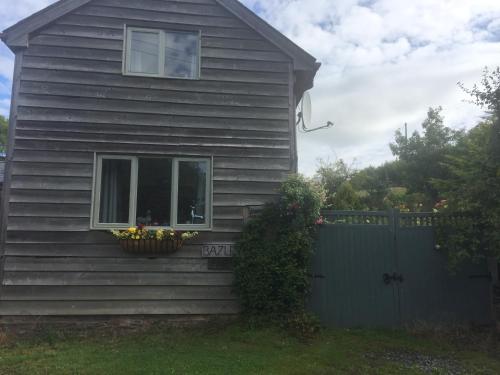 Bazley barn is located in Peterchurch, 16 km from Clifford Castle and 16 km from Longtown Castle, in an area where hiking can be enjoyed. Set 15 km from Kinnersley Castle, the property offers a garden and free private parking.Book now
from $83 per night 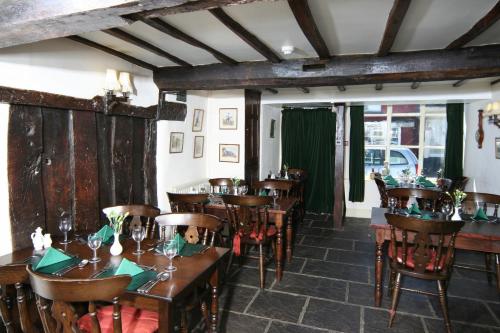 Boasting a restaurant, bar, garden and free WiFi, The White Horse Inn, Clun is situated in Clun, 49 km from Ironbridge Gorge and 50 km from Elan Valley. Featuring family rooms, this property also provides guests with a terrace. Local points of interest like Wigmore Castle and Ludlow Castle are reachable within 22 km and 27 km, respectively.Book now
from $47 per night

See all 2604 accommodations in Powys

In the valleys of the Welsh-English border region, the county of Powys unites the cultures of both countries. Small villages and vast plateaus dominate the region, whose long history as a settlement area can still be seen today in the remains of the Stone Age and Roman times. Small market towns such as Brecon, Talgarth or Welshpool form the cultural and economic centres of the region, which have always served as meeting places for the rural population. An apartment in Powys offers you an insight into the traditional way of life of Welsh farmers and ranchers, whose rhythm of life has hardly changed for decades. Places like Llanelwedd, the small village with the unusual name, still radiate the flair of rural Wales as it looked 50 years ago. From a private accommodation in Llanelwedd you also have it not far to the Welsh Atlantic coast, because the village borders directly on the Snowdonia National Park with its spectacular mountain ranges. Also the coastal towns Cardiff and Bristol are not far away from Powys.

Far away from mass tourism: Apartments in Powys

Rural Powys is characterised by the deep valleys of the Welsh Highlands. Despite its scenic beauty, the county has remained largely undiscovered by mass tourism and has retained its original character. Although Powys does not border the coast, it is not far from some of the most spectacular destinations on the Welsh Atlantic coast, such as Snowdonia National Park northwest of Powys. South of Brecon also begins Brecon Beacons National Park, a rugged mountain landscape that you can cross on the 100-mile Beacons Way. The trail was inaugurated in 2005 when the National Park was included in the European Geopark network. The small market town of Talgarth is also located within the National Park. Holiday apartments in Talgarth are particularly popular with mountain bikers, as the adjacent Black Mountains are a paradise for cyclists. The border area around Talgarth also offers the best conditions for hiking.

In the midst of the Welsh Highlands, Powys has a number of cultural attractions that you can discover from your private holiday home in Powys. The small market town of Welshpool is famous for its historic narrow-gauge railway, which has regularly covered the winding 14 kilometres to Llanfair Caereinion for over a hundred years. The medieval Powis Castle is also not far away and with its baroque gardens is one of the best preserved castles in Wales. In historic market towns such as Talgarth with its medieval town centre, you can get to know the daily life of Welsh small towns and learn more about the country and its people than most tourists can. An apartment in Powys gives you the privacy you wouldn’t have when couchsurfing in Powys. From the Welsh county you also have it not far to the port city of Cardiff, the country’s most populous metropolis. Book an Apartment in Cardiff now and discover the old university town with its medieval castle complex. You can also visit Cardiff’s English neighbor city Bristol on the opposite side of the estuary from here and explore the Exmoor National Park in the counties of Devon and Somerset from your Bristol Accommodation.