Well done. Look what authentic hosts in New York City-Chelsea are offering to you on 9flats.

Courtyard by Marriott New York Manhattan/ Chelsea is a 5 minute walk away from the Pennsylvania Amtrak Station. The hotel also provides complimentary WiFi, luggage storage and free access to an on-site fitness centre.Book now
from $83 per night 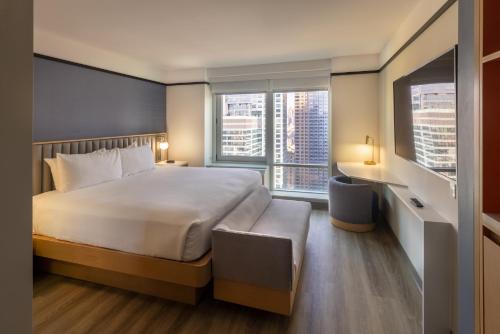 Located 966 metres from the Theatre District and 644 metres from Times Square, this property features a restaurant and a fitness centre.Book now
from $83 per night 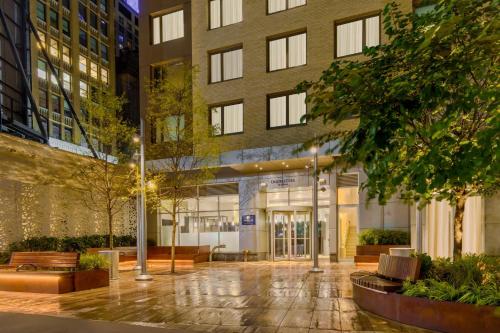 DoubleTree by Hilton New York Times Square South features air-conditioned rooms with cable TV in the Hell's Kitchen district of New York. The property is set 1 km from Bryant Park, 1.2 km from Empire State Building and 1.2 km from New York Public Library. The accommodation offers a 24-hour front desk and an ATM for guests.Book now
from $83 per night 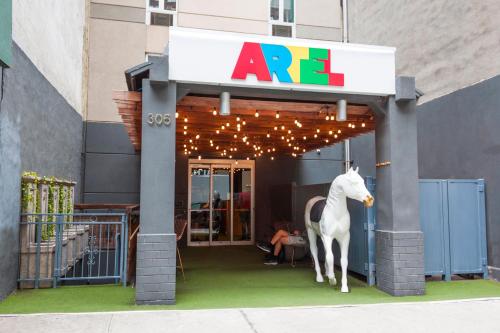 Set in the Hell's Kitchen district of New York, SpringHill Suites New York Manhattan/Times Square South offers a fitness centre. The property is close to several noted attractions, around 700 metres from Macy's and around 320 metres from Madison Square Garden. The property provides a 24-hour front desk.Book now
from $83 per night This hotel is located in the Chelsea neighborhood of New York City and is 644 metres to Penn Station. The property has a 24-hour business centre, a fully-equipped 24-hour fitness centre, room service and a Concierge/Theatre Ticket desk.Book now
from $83 per night

Courtyard New York Manhattan/Midtown West features a restaurant, fitness centre, a bar and shared lounge in New York. Among the facilities at this property are a 24-hour front desk and room service, along with free WiFi throughout the property. Guests can have a drink at the snack bar.Book now
from $86 per night Hyatt Place New York City/Times Square features air-conditioned rooms with satellite flat-screen TV in the Hell's Kitchen district of New York City. Among the facilities of this property are a restaurant, a 24-hour front desk and a shared lounge, along with free WiFi throughout the property. The hotel has newspapers and an ATM machine that guests can use.Book now
from $74 per night 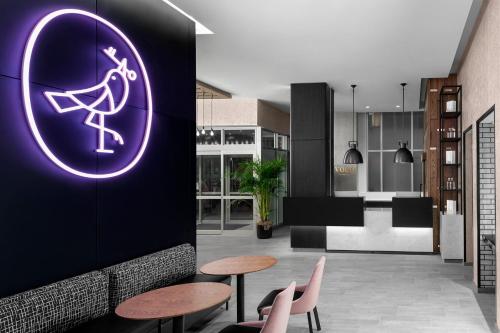 Within walking distance of the Theater District, Hotel voco Times Square South offers free WiFi access in New York, 750 metres from shopping at Macy’s in Herald Square. Guests can enjoy the outdoor terrace and on-site restaurant.Book now
from $83 per night 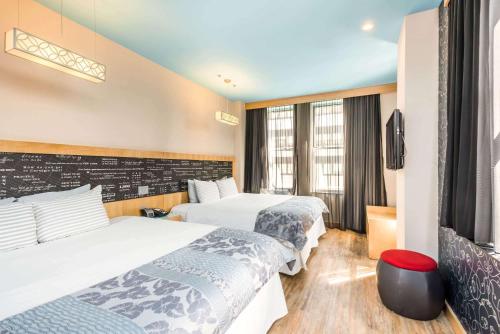 Located just a 5-minute walk from Penn Station, this contemporary Manhattan hotel features free Wi-Fi and a modern restaurant. Guests can check e-mail and print items from portable tablets.Book now
from $81 per night

New York City is undoubtedly one of the most exciting cities on earth. There are astonishing sites like the Empire State Building and Statue of Liberty. What really makes New York City special of course is the people and with a holiday apartment in Chelsea from 9flats you will be living right among the New Yorkers, rather than mixing with other tourists in a bland hotel. Your holiday apartment in Chelsea provides an authentic experience of the city, much like couchsurfing in Chelsea, but with the added comfort and privacy of your very own room or apartment. With your holiday accommodation in Chelsea from 9flats you can experience all the buzz of the city, in one of its most characterful neighbourhoods, at less than the price of a hotel room.

Exploring New York City from your Vacation Rental in Chelsea

If you are deciding on an apartment in New York City then Chelsea is an excellent choice. Once a mostly industrial area it was taken over by artists and gallery owners and now boasts some of New York’s best restaurants bars and shops. It also has the High Line. This was once an elevated railway line, which in 2009 was converted to an urban park and walkway. Running from the Meatpacking district to the north of Chelsea, it provides a fabulous walk with amazing views of the city. The Chelsea Market takes up the old Nabisco factory and is full of shops and eateries, while galleries like the Gladstone and Gagosian draw in visitors from all over the city and beyond.

Alternatives to accommodation in Chelsea

Your Chelsea apartment undoubtedly provides an excellent central base from which to explore Manhattan. To the south there is Battery Park and the ferries to Liberty Island and to the north the Empire State Building and Broadway. Central Park is just a little further north and beyond that urban paradise a vacation rental in Harlem awaits. One of New York’s most iconic neighborhoods, Harlem is recovering from years of decline and neglect. Now you can explore Little Senegal on 116th Street or explore the African markets and soul food joints. On 125th Street there is a gaudy mix of preachers and hawkers, while historic venues like the Apollo Theater remain.

Moving on from Chelsea and New York

Leaving the east coast, why not head to the west coast and for a complete change of pace a holiday apartment in San Franciscoawaits. This compact city of steep hills, cable cars and the iconic Golden Gate Bridge once thrived because of shipping and the gold rush but now moves to a more gentle beat of laid back liberalism. From such modern cities to the Eternal City and a vacation rental in Rome where you can enjoy exploring the sights of more than 2,000 years of history. Walk in Caesar’s footsteps in the forum and throw your coins in the Trevi fountain to ensure your return. We have the best deals on authentic accommodation anywhere, so book your apartment in Chelsea now for a great vacation.