Well done. Look what authentic hosts in Nord-Pas-de-Calais are offering to you on 9flats. 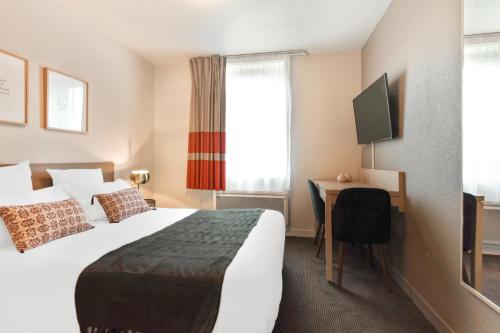 This Appart'city is 10 km from Pierre Mauroy Stadium and 2 minutes by tramway from the centre of Euralille business district, Euralille shopping centre and Lille-Europe Train Station. Nouveau Siècle Convention Centre is 2 km away.Book now
from $60 per night 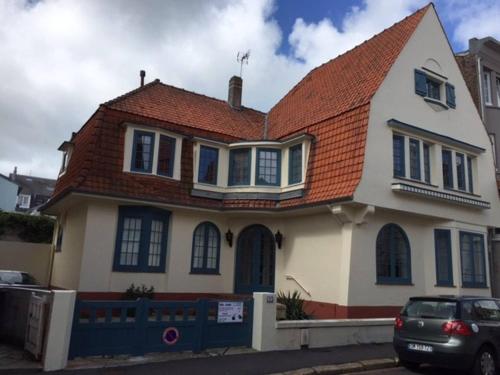 Located in Noeux-les-Mines, Résidence Les Hauts de France features a garden and barbecue. Lille is 33 km from the property. Free WiFi is available throughout the property and free private parking is available on site.Book now
from $43 per night 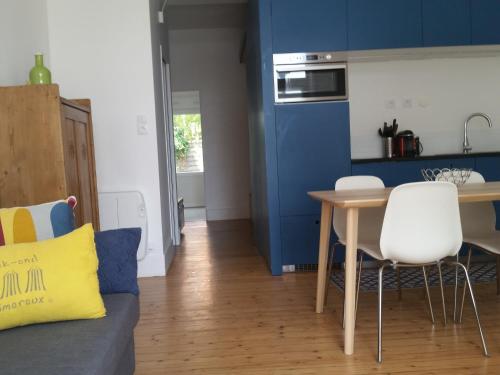 Featuring garden views, Appartement PALOMA provides accommodation with a balcony and a kettle, around 100 metres from Wimereux Beach. The Club Nautique Beach and the Wimereux North Beach are within 200 metres and 250 metres of the apartment, and free WiFi is provided.Book now
from $83 per night 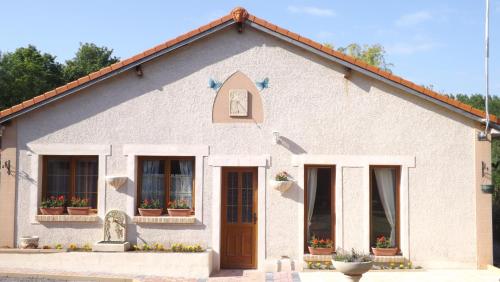 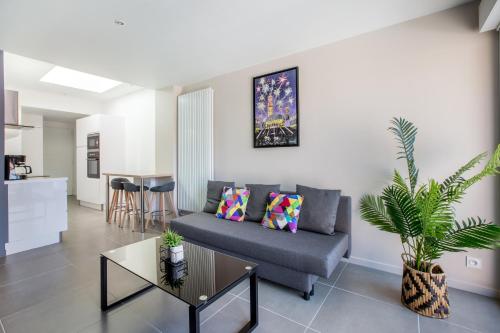 Set in Arras, Le Temple, Studios & Appartement offers free WiFi and garden views, 1.1 km from The Wellington Quarry, Memorial of the Battle of Arras.Book now
from $42 per night 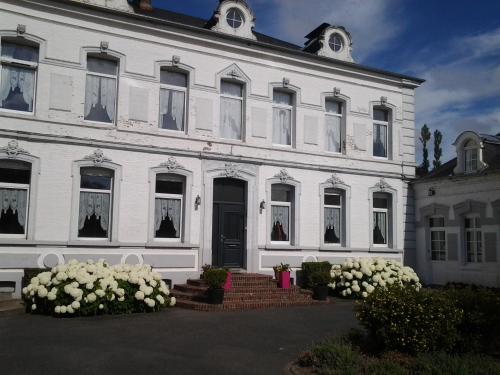 Le Clos is located in Hucqueliers, just 30 km from Le Touquet and its beach. Free Wi-Fi access is available in the library and there is also a garden and terrace.Book now
from $83 per night 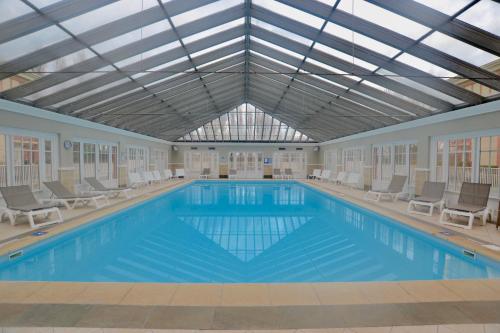 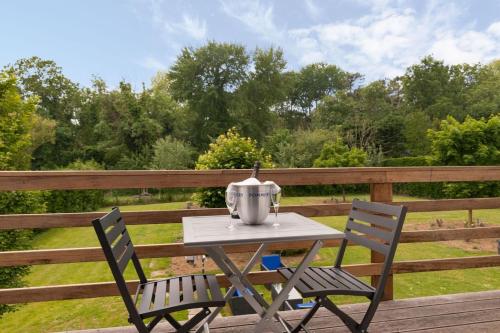 Les Jardins d'Ulysse, The Originals Relais is situated in the countryside 1 km from the main entrance of Le Touquet. It offers en suite guest rooms with satellite TV, free WiFi and free private parking on site.Book now
from $83 per night 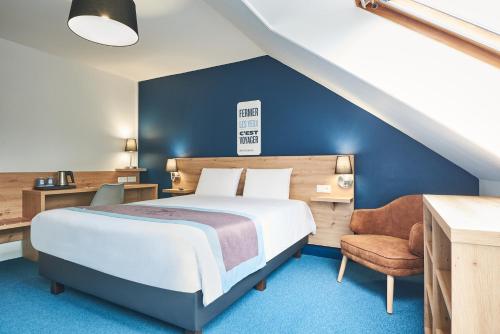 Situated 5 minutes from the centre of Lille, this friendly hotel and restaurant features quiet and comfortable rooms with modern bathrooms and flat-screen TV.Book now
from $83 per night 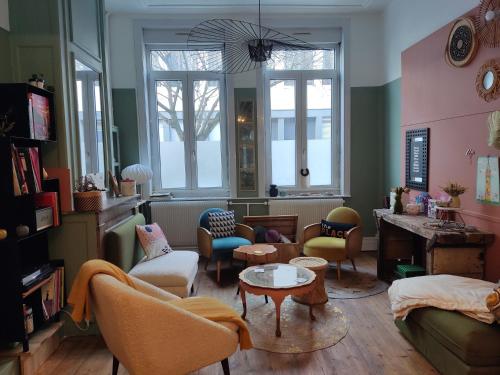 Set less than 1 km from SKEMA Business School Lille, La Guesthouse chez Chris offers accommodation with a shared lounge, a terrace and a 24-hour front desk for your convenience. Complimentary WiFi is offered throughout the property.Book now
from $83 per night 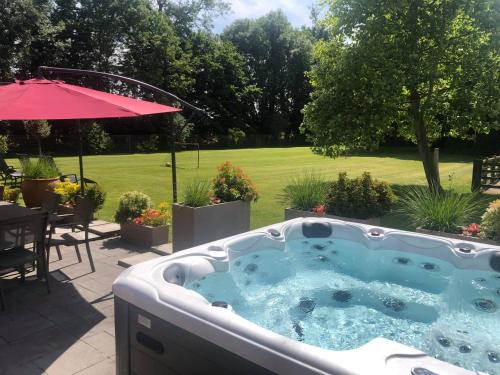 Boasting a spa bath, La Voyette is situated in Bavincourt. The accommodation is 43 km from Douai, and guests benefit from private parking available on site and free WiFi.Book now
from $365 per night

See all 5450 accommodations in Nord-Pas-de-Calais

Welcome to the Sch’tis! Holiday homes in Nord-pas-de-Calais

Long dikes, flat landscapes – this is how the region around the holiday apartments in Nord-pas-de-Calais presents itself to its visitors. The transition between the northernmost arrondissement of France and neighbouring Belgium is almost fluid. But this is exactly what makes an overnight stay in Nord-pas-de-Calais so exciting. And if you also want to discover France’s neighbouring country, you can also find Accommodation in Belgium. at 9flats.com.

Your accommodation in Nord-pas-de-Calais, hub between Luxembourg, Belgium, Great Britain, the Netherlands and France

Before you decide on an apartment in Nord-pas-de-Calais, you will want to know more about the region. Nord-pas-de-Calais is divided into two départements: Nord and Pas-de-Calais. Nord is an important centre of the textile industry, which in some regions provides more than half of the jobs. This is also a legacy of the Industrial Revolution, which in the 19th century quickly gained a foothold from Great Britain thanks to important ports. Numerous museums, for example in Roubaix, directly on the Belgian border, remind us of this. The département is also a major transport hub between Germany, Luxembourg, Belgium, Great Britain, the Netherlands, France and Spain. Some of the transport routes can be traced back to the 4th century. The Département Pas-de-Calais lies further to the west, directly on the Strait of Dover. It belongs to the most densely populated areas of France and profited for a long time from rich coal deposits. Calais is also located here with the second largest passenger port in Europe. More than 30 million people use the numerous connections to England every year or board one of the cruise ships that dock here. Via the adjoining Eurotunnel you can quickly cross the English Channel and reach our holiday apartments in England. A few kilometres from Calais, Boulogne-sur-Mer is home to France’s largest fishing port and the impressive Nausicaa marine aquarium. The small town is of historical importance especially because of Napoléon I, who planned an invasion of England from here at the beginning of the 19th century. Football fans, however, associate the place first and foremost with a name: Franck Ribéry. Because Boulogne-sur-Mer is the birthplace of the football star.

Apartments in Nord-pas-de-Calais: Places of interest in the region

The region is best known for its numerous belfries, some of which have been listed by UNESCO since 1999. Most of the tall, slender bell towers were built in the Gothic style and reflect the strong Flemish influence in Nord-pas-de-Calais. Belfriede was long regarded as the safest place within the city walls and therefore housed treasure chambers, prisons and important archives. Those who travel the region in autumn should definitely visit the Braderie of Lille, but it is advisable to book a private apartment in Nord-pas-de-Calais early – preferably directly with us. The folk festival also includes the largest flea market in Europe and has been celebrated every first week of September since the 12th century. Closely connected to the event is the local speciality, the Moules-frites, where mussels are served together with French fries. In order to let the various impressions have their effect on you in peace, you should stay overnight in one of our cheap holiday apartments in Nord-pas-de-Calais. Because Nord-pas-de-Calais is not necessarily a tourist centre, it is worthwhile to secure accommodation in France here. This is also because all roads are open to you from here. The transport connections to numerous neighbouring countries are excellent, so that you should reach our Apartments in Picardy or our Accommodations in Champagne-Ardenne without any problems. Best conditions therefore for completely spontaneous detours off rigid travel routes. Book therefore now a private vacation home in Nord-pas-de-Calais!

Latest reviews for places in Nord-Pas-de-Calais

Nord
Pas-de-Calais
close
Cookies help us deliver our services. By using our services, you agree to our use of cookies.