Well done. Look what authentic hosts in Luxembourg are offering to you on 9flats. 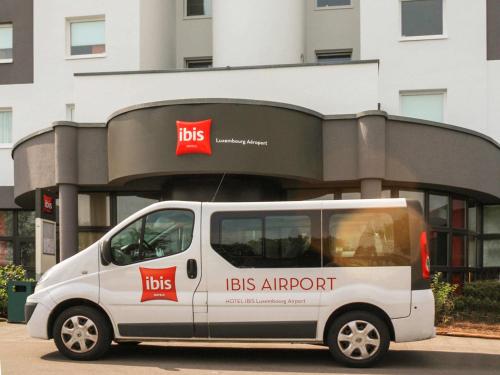 Right across from the Luxembourg-Findel International Airport, this ibis Hotel offers simple and elegant accommodation. Benefit from free on-site parking and free Wi-Fi throughout the hotel.Book now
from $55 per night 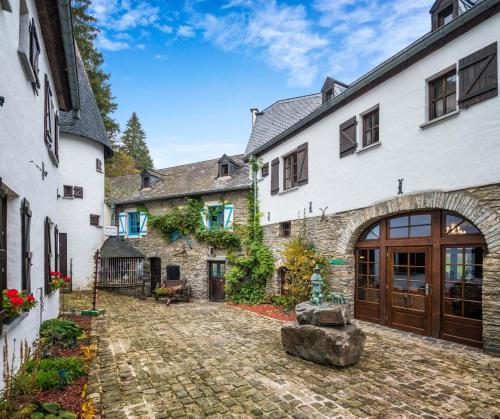 At the Moulin d'Asselborn-Estate you will find a cosy 20-bedroom hotel and a 4 person apartment, a gastronomic restaurant called The Moulin d'Asselborn aimed at local specialities; and a second restaurant proposing tasty snacks. The ancient water mill and grain milling machinery have been preserved in their original building, now the Museum of Moulin d'Asselborn. Part of the location is fit out as an art gallery. Around the Estate a learning path and the hotel raise awareness for local aspects of flora and fauna.Book now
from $58 per night 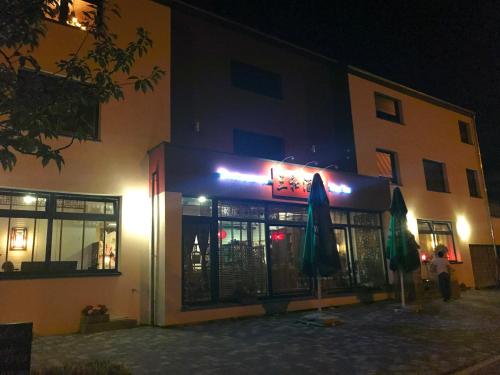 With garden views, Sanhe is set in Rollingen and has a restaurant, a shared kitchen, bar, garden and terrace. The apartment features both WiFi and private parking free of charge.Book now
from $79 per night 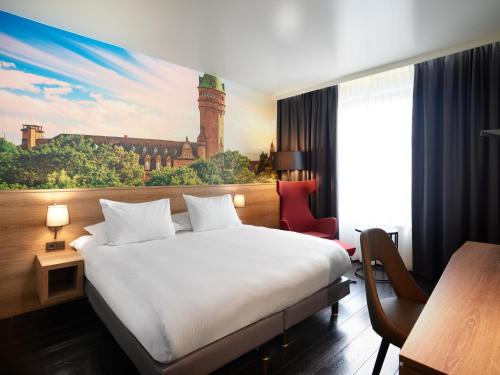 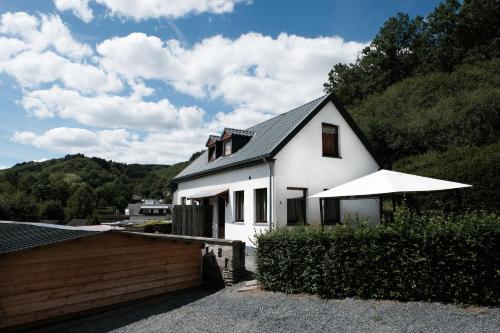 With river views, Basic vakantiehuisje op val d'Or is situated in Enscherange and has a restaurant, luggage storage space, bar, garden, children's playground and terrace. Free WiFi is available.Book now
from $79 per night 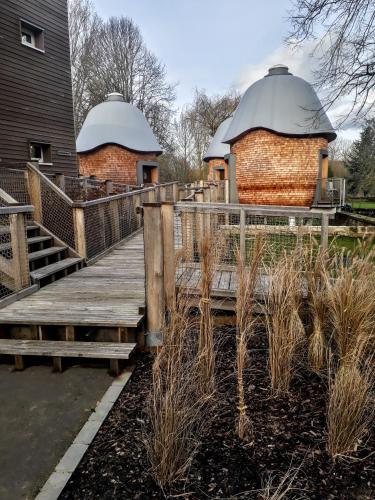 Featuring a restaurant, bar, shared lounge and free WiFi, Péitche Lauer is located in Useldange, 33 km from Vianden Chairlift and 34 km from Luxembourg Train Station. Boasting family rooms, this property also provides guests with a terrace. The accommodation features an ATM and a tour desk for guests.Book now
from $83 per night 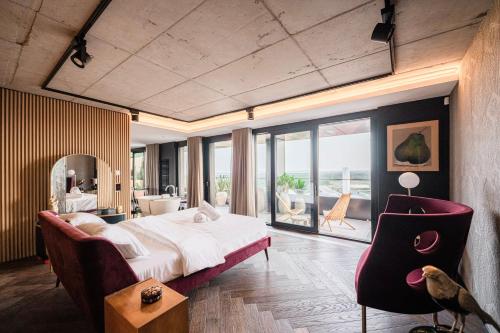 Situated in Luxembourg, 2.7 km from Luxembourg Train Station and 33 km from Thionville train station, Designer Luxury Penthouse with dedicated concierge features accommodation with free WiFi, air conditioning and a fitness centre. This apartment provides accommodation with a patio.Book now
from $79 per night 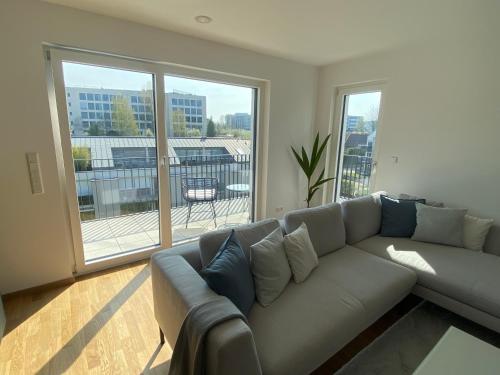 2BD designer Apt. 134m2 in Strassen is set in Strassen, 6.1 km from Luxembourg Train Station and 41 km from Thionville train station, in an area where hiking can be enjoyed. This property offers access to a balcony, free private parking and free WiFi.Book now
from $79 per night 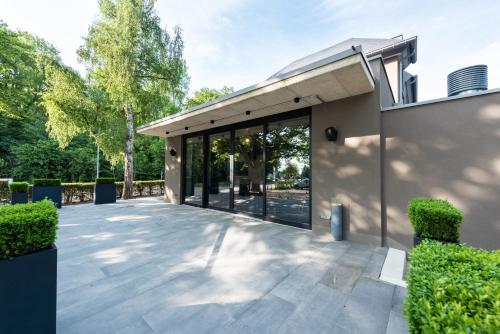 Featuring garden views, Private Bedroom Bertrange features accommodation with a garden and a patio, around 4.5 km from Luxembourg Train Station. This homestay offers free private parking, a shared kitchen and free WiFi.Book now
from $53 per night 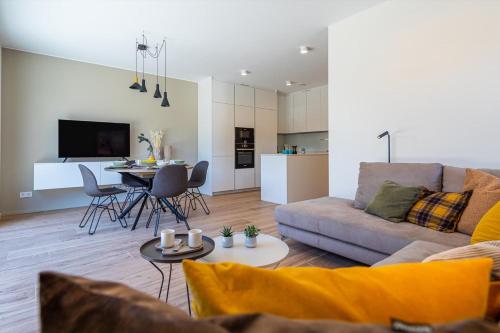 Located 6.1 km from Luxembourg Train Station, Reckenthal House by Rentaroo provides accommodation with a shared lounge, a garden and a shared kitchen for your convenience. Complimentary WiFi is provided throughout the property.Book now
from $79 per night 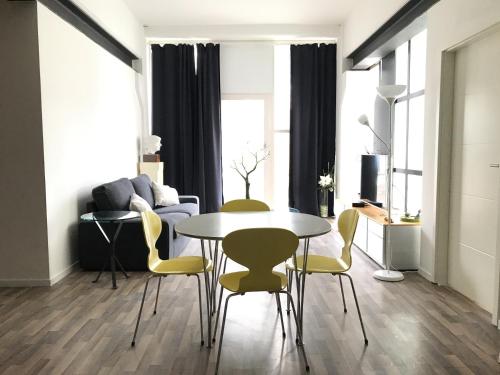 See all 631 accommodations in Luxembourg

A holiday apartment in Luxembourg is also worthwhile for short trips.

Welcome to one of the smallest countries in the world: Luxembourg – officially the Grand Duchy of Luxembourg – is only 2,586 square kilometres in size. If you live in a holiday home in Luxembourg, you are in the middle of the neighbouring countries France, Belgium and Germany and also in a politically important region for Europe. Apartments in Luxembourg can be found in the capital of the same name, which is the administrative centre of the European Union. As a city visitor, you can visit the largest city in the country on foot from your private holiday home in Luxembourg – and there is a lot to see: in 2007 it was named European Capital of Culture, and almost every day events such as concerts, art exhibitions, opera and ballet performances are offered here, and the Old Town is particularly worth seeing. We therefore recommend booking a holiday apartment in Luxembourg for a holiday in the Dreiländereck (triangle of three countries), which the locals make available to you at good conditions.

Luxembourg has almost 540,000 inhabitants. Luxembourgish is spoken as well as French and German, so you won’t have any communication problems with the owners of your apartment in Luxembourg or in the shops and restaurants. For a round trip with several stops and accommodations in Luxembourg you can use the numerous, well networked national roads. Even if you are passing through, a stop in this small country is definitely worth it. You can also find Apartments in Trier or other cities via us, for example if you are looking for accommodation in Germany on your way from Northern to Southern Europe. As Accommodation in France, for example, there is a quarter in Metz, which is about 60 kilometres south of Luxembourg. Or you can spend your holiday in a holiday home in Lorraine, in the north-east of France and relax in one of the many nature parks in the area. A city trip along the Moselle is also nice: you can first rent a holiday apartment in Rhineland-Palatinate and from there follow the course of the river from Koblenz to the Vosges in the south of France, where the Moselle rises.

Apartment in Luxembourg: Enjoy the typical cuisine of the country

Luxembourg’s scenic attractions in the north are the Ardennes Mountains and the valleys of the Moselle and the Sauer. Hiking opportunities in the woods, over hills and along the river banks attract tourists with sturdy shoes every year. The hunger in the evening is usually great: Have you ever eaten “Kniddelen”? Probably not. Kniddelen are thick dumplings made from flour, water, eggs and salt, which the Luxembourgers particularly like to eat. Smoked pork with thick beans is just as popular. Typical regional specialities are also Ardennes ham, Kachkéis (cooked cheese) and baked fish. And a Luxembourgish Moselle wine – and you can also enjoy your holiday to the full from a culinary point of view. Book your apartment in Luxembourg now and start planning your trip.

Latest reviews for places in Luxembourg

Diekirch
Grevenmacher
Luxemburg
close
Cookies help us deliver our services. By using our services, you agree to our use of cookies.