Well done. Look what authentic hosts in Munich-Ludwigsvorstadt are offering to you on 9flats. 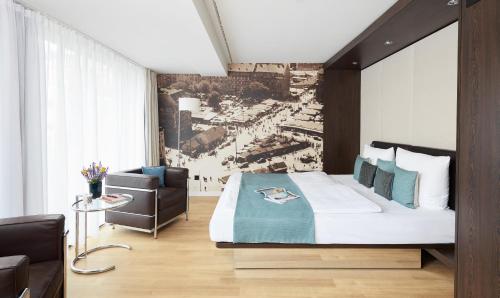 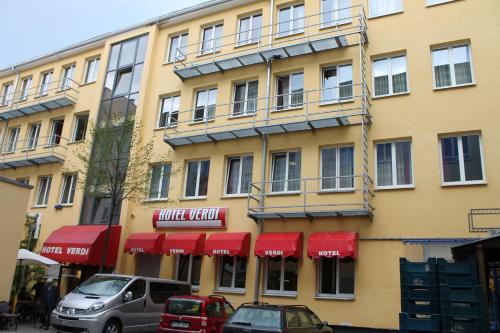 This 3-star hotel in central Munich provides elegant apartments in a well-connected location between the Munich Main Station and the Oktoberfest beer festival site.Book now
from $54 per night 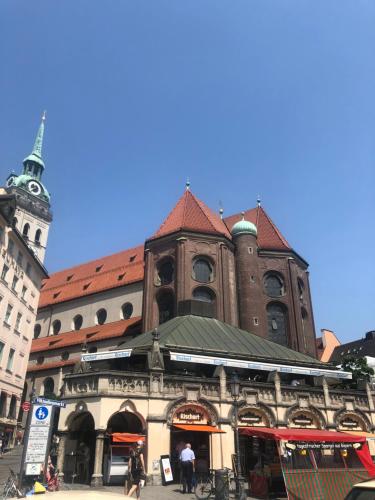 Situated just 500 metres from Deutsches Museum, Luxurious 2 Bedroom Apartment Old City features accommodation in Munich with access to a restaurant, a bar, as well as a business centre. Private parking is available on site.Book now
from $221 per night 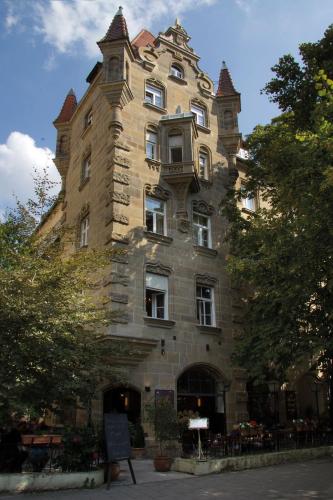 Boasting a restaurant, bar, garden and free WiFi, Hotel Mariandl is situated in Munich, 1.3 km from Karlsplatz (Stachus) and less than 1 km from Sendlinger Tor. Featuring family rooms, this property also provides guests with a terrace. The accommodation features room service and luggage storage space for guests.Book now
from $34 per night 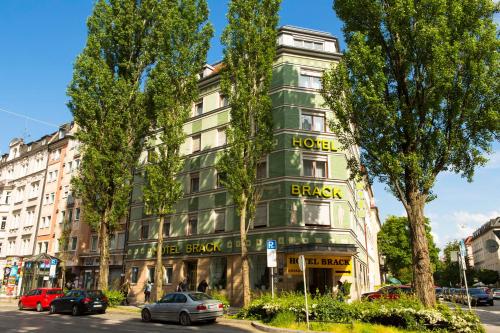 This traditional hotel in the centre of Munich offers free Wi-Fi and the possibility of limited free parking spots at the hotel. It is a 5-minute walk from Theresienwiesen, home of the Oktoberfest beer festival.Book now
from $78 per night 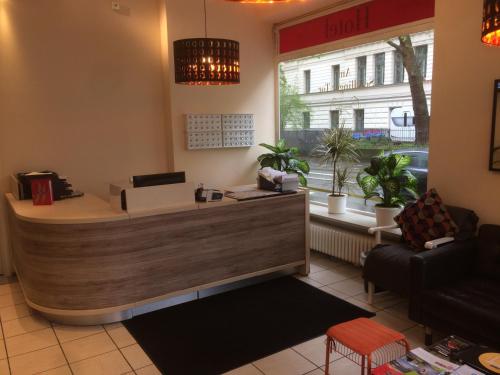 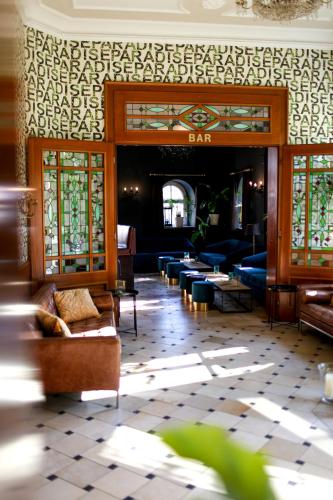 Centrally located in Munich, only 250 metres from the Oktoberfest venue at Theresienwiese, Boutique Hotel Krone München features allergy-free rooms and a shared lounge. Free WiFi, room service and luggage storage space is also provided. The property is set a short distance from Lenbachhaus, Konigsplatz and Glyptothek.Book now
from $118 per night 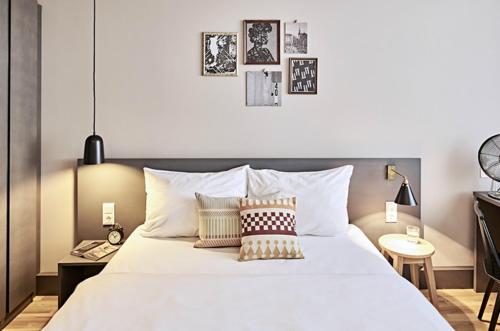 Offering free WiFi and a 24-hour front desk, this accommodation is located in Munich’s Ludwigsvorstadt district. Bold Hotel München Zentrum is just a 5-minute walk from the Theresienwiese, the Oktoberfest venue.Book now
from $79 per night 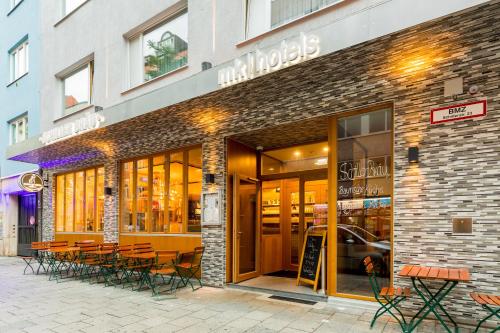 Located in Munich and with Karlsplatz (Stachus) reachable within less than 1 km, mk | hotel münchen city provides express check-in and check-out, allergy-free rooms, a restaurant, free WiFi throughout the property and a bar. This 3-star hotel offers room service and a tour desk. The property is close to popular attractions like Asamkirche, Marienplatz and Konigsplatz.Book now
from $66 per night 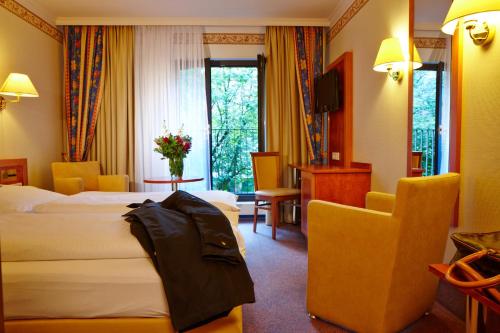 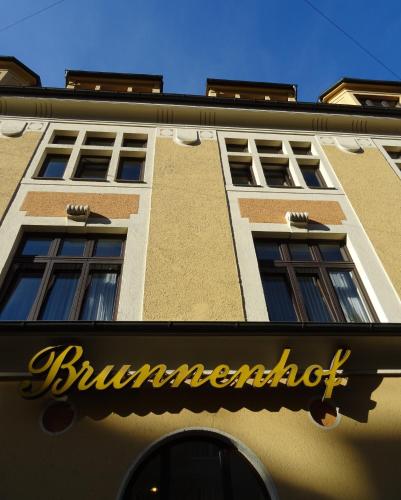 This quietly located, 3-star hotel is just a 5-minute walk from Munich Central Station and the University Hospital. Its modern rooms feature free WiFi.Book now
from $79 per night 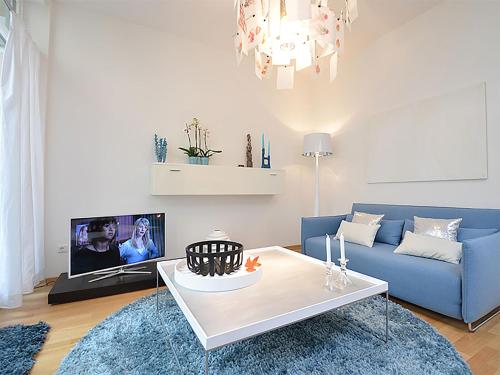 Set in Munich, this apartment features free WiFi and a terrace. The unit is 1.2 km from Oktoberfest - Theresienwiese.Book now
from $79 per night

See all 139 accommodations in Munich-Ludwigsvorstadt

Ludwigsvorstadt is located southwest of Munich’s city centre and is characterised not only by its central location but also by its unique attractions. With an apartment in the Ludwigsvorstadt, Munich you live in the district that attracts millions of visitors from all over the world to the Bavarian capital every year with the Oktoberfest. In contrast to most visitors to Munich, you live with a private holiday apartment in Ludwigsvorstadt, Munich, in the direct vicinity of the Theresienwiese, and at the same time enjoy the peace and quiet with which the residential areas in southern Munich lure you away from the festival grounds. The Ludwigsvorstadt does not only have a lot to offer for the Oktoberfest, and with a private accommodation you can arrange your stay completely individually, without having to do without the comfort used at home as for example with the Couchsurfing in the Ludwigsvorstadt, Munich. Find now your private holiday apartment in the Ludwigsvorstadt (Munich) and visit the Bavaria with the Hall of Fame on the Isar hillside. The statue of the Bavarian patron saint Bavaria and the adjoining magnificent columned hall are not only among the most important buildings of the city, but also offer you a fantastic view of the Theresienwiese and the surrounding area from the head of the walk-in statue.

Apartments in the Ludwigsvorstadt (Munich), the home of the Octoberfest

Ludwigsvorstadt consists of several districts, each of which traditionally has its own character. To the north, Ludwigsvorstadt borders directly on the city centre with the main train station, so that you can reach your apartment in Ludwigsvorstadt (Munich) quickly and easily from all parts of Germany. The multicultural railway station district also offers a wide range of culinary delights and a wide selection of shopping options. The “Wiesnviertel” around the Theresienwiese, on the other hand, was originally a representative villa district, but today it is dominated by office buildings and also includes Paulskirche, one of the largest and most powerful churches in the city. Munich’s hospital district is also located in Ludwigsvorstadt and is directly connected to the city centre via Schillerstraße, while the Glockenbach and Gärtnerplatz districts with their restored residential buildings from the Gründerzeit are among Munich’s most expensive districts. Use your private accommodation in the Ludwigsvorstadt, Munich, also to visit the Deutsches Museum on the Museum Island. From here you also don’t have to travel far to Haidhausen, and if you haven’t already booked a private holiday apartment in Haidhausen, Munich, you should at least make a detour to this young trendy district. With its many pubs, bars and clubs around the central Orleansplatz, Haidhausen in Munich is considered the “second Schwabing” and is one of the hottest addresses for night owls, especially on weekends.

Thanks to its proximity to the Theresienwiese, an apartment in Ludwigsvorstadt (Munich) is the ideal accommodation not only for visitors to the Oktoberfest. Ludwigsvorstadt is also only a short walk away from the city centre with Marienplatz and Viktualienmarkt, and you can also reach other destinations throughout the city via the underground stops Poccistraße, Sendlinger Tor and Theresienwiese, including the English Garden north of the Old Town. Munich Central Station is located north of your Apartments in Munich at the central square Stachus.

Latest reviews for places in Munich-Ludwigsvorstadt