Well done. Look what authentic hosts in Lagos are offering to you on 9flats. 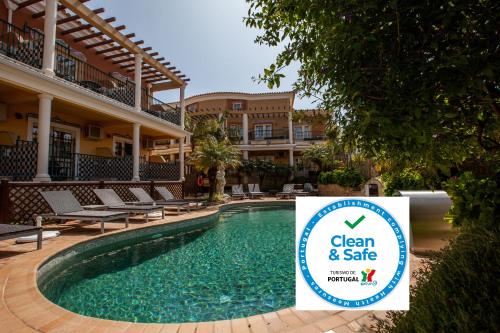 This charming Lagos hotel features an outdoor pool in the lush, green garden, free Wi-Fi and elegant rooms with a balcony. Lagos Castle is 600 metres away.Book now
from $79 per night 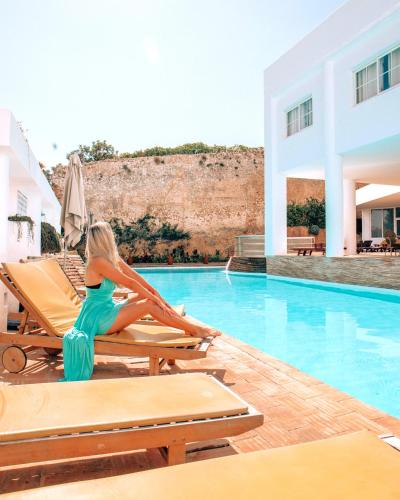 Situated in the historical centre of Lagos, Baluarte da Vila Apartments is only 500 metres from a sandy beach. It features a pool with views of Lagos Bay and offers self catering accommodation.Book now
from $79 per night 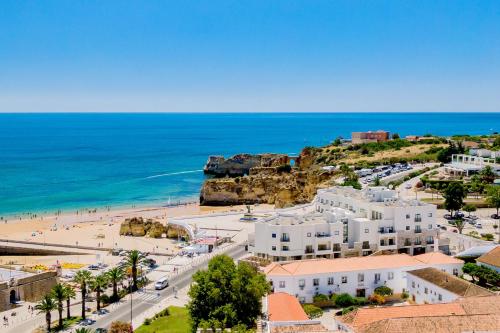 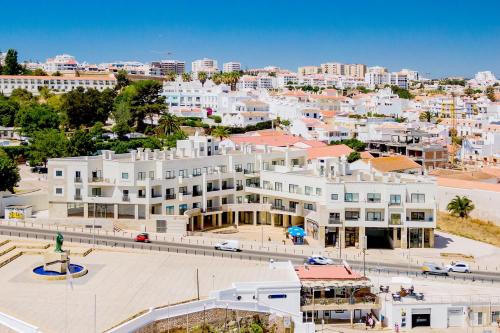 Fábrica da Ribeira is situated in Lagos, 50 metres from Batata Beach. Santa Maria Church is 300 metres from the property.Book now
from $50 per night 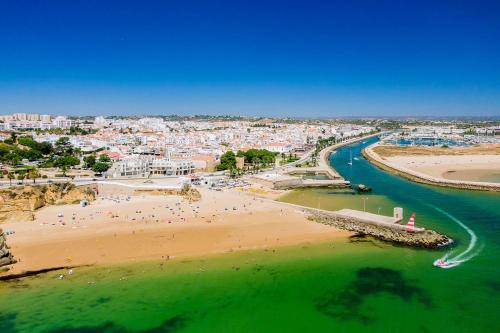 Set 200 metres from Batata Beach, Fábrica da Ribeira 80 by Destination Algarve offers accommodation with a balcony and free WiFi.Book now
from $79 per night 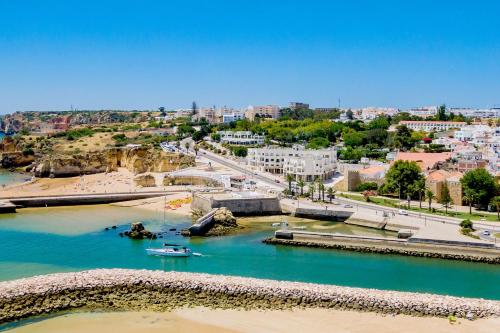 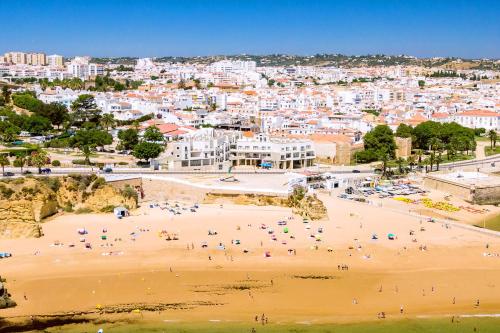 Located in Lagos, 700 metres from Praia dos Estudantes and less than 1 km from Batata Beach, Fábrica da Ribeira 70 by Destination Algarve offers free WiFi and air conditioning. The property is 19 km from Algarve International Circuit and 23 km from Arade Congress Centre.Book now
from $79 per night 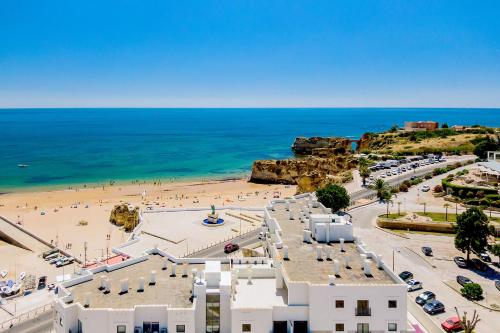 Located 1 km from Praia do Canavial, Lagos Stunning Apartments offers an outdoor swimming pool, a garden and air-conditioned accommodation with a balcony and free WiFi. The accommodation features a spa bath.Book now
from $71 per night 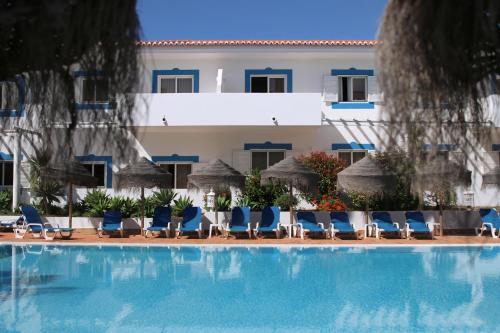 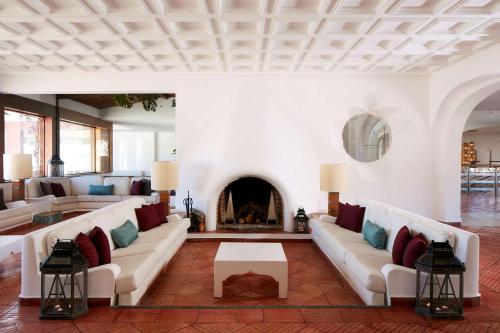 Tivoli Lagos is a 4-star hotel featuring spa facilities and a courtyard with swimming pool. It features an Algarve-themed décor and ambiance. The hotel offers a free shuttle service to its private Duna Beach Club on Meia Praia, from March to October.Book now
from $65 per night 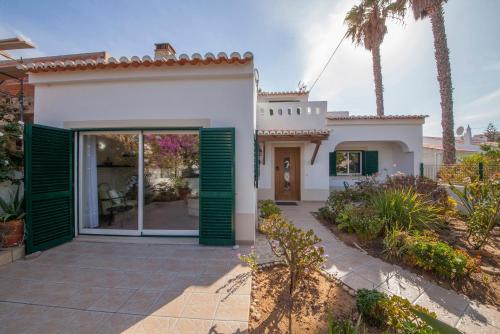 D07 - Torraltinha Villa in Lagos is located in Lagos, 1 km from Praia do Pinhão, and provides a patio, garden, and free WiFi. Guests benefit from a balcony and a barbecue.Book now
from $79 per night

See all 626 accommodations in Lagos

Lagos lies directly on the Strait of Gibraltar and the Algarve coast. Endless beaches and olive groves hide the fact that this region was fiercely contested for a long time due to its strategically important location between Europe and Africa. Today your apartment in Lagos is the best place to relax and enjoy your holiday.

Peace and relaxation: with an apartment in Lagos

The beaches and bays around Lagos have been densely populated since ancient times, as the strait is characterised by its abundance of fish and pleasant climate. The city gained importance through the Moors, who landed on the coast in the 8th century and erected mighty city walls to protect it against enemy troops. Remains of these walls are still visible today. In the 15th century, the old harbour was the most important starting point for expeditions to Africa and an important trading centre for caravans. From 1444 the slave trade enjoyed special meaning, the buildings erected at that time for it can be visited up to today on the place of the republic. Worth seeing is above all the well-preserved old town, which is primarily characterized by Moorish architecture. The offer for couchsurfing in Lagos is more than modest. Therefore, book with us a private apartment in Lagos, best directly at the beach. Lagos has a more than four kilometre long sandy beach, the Meia Praia, which is directly connected to the marina via the newly built promenade. In the evening a walk to the end of the promenade to the Ponta da Piedada is worthwhile. The cape is characterised by bizarre cliffs and enables visitors to take atmospheric pictures of the setting sun due to its location on the Atlantic Ocean. The most important sacred building in Lagos is the church Igreja do Santo António, which has a splendid interior richly decorated with gold behind its reserved facade. Farther to the west is Faro, which, apart from the important port, is above all known for its universities. While Lagos received its face primarily from the Moors, the architecture in Faro is mainly the work of the Crusaders. They plundered the city in 1217 and finally took it completely in 1249. An Apartment in Faro is an ideal starting point for an exploration tour along the Algarve coast, as it is the only important airport in the area. Worth seeing is above all the Vila Adentro, the old town of Faro, whose center forms a mighty cathedral with the simple name Sé. The archaeological museum invites you to take a trip into the past, covering a wide range from early Roman history to sacred art.

Explore many small towns from your private accommodation in Lagos!

Just a short distance from Lagos and Faro you’ll find private holiday rooms in Quarteira. The city is very young, having developed from a sleepy fishing village to a modern tourist centre in the last thirty years. The heart of the town is the Vilamoura district – the “Moorish town” – where the newly built marina is located. Worth seeing is the excavation site of the Villa of Vilamoura, which is situated on a hill in the immediate vicinity of Quarteira. Remarkable are the well-preserved mosaic floors, which date back to the 3rd century and thus to the time of the Roman settlement. Albufeira was long regarded as an impregnable fortress. The city was built on a rock and was for a long time the last bastion of the Moors in the fight against the crusaders. Your Apartment in Albufeira offers you an unforgettable view over the Strait of Gibraltar due to the unique location of the city. Due to its proximity to Africa, an excursion to Morocco is also worthwhile for you – numerous ferry connections are offered from Faro. Your destination could be Tétouan. In the 14th century the city was feared as a pirate stronghold and therefore fiercely contested for a long time. Tétouan owes its economic boom to Moorish and Jewish refugees, who settled here especially in the 17th century. The city is known above all for its old town, which today enjoys special protection as a UNESCO World Heritage Site. Agadir is also a popular tourist destination. Our Apartments in Agadir are already waiting for you.

Latest reviews for places in Lagos