Well done. Look what authentic hosts in Darłowo-Darłówko are offering to you on 9flats. 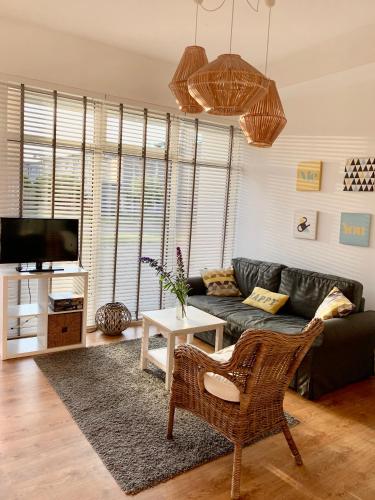 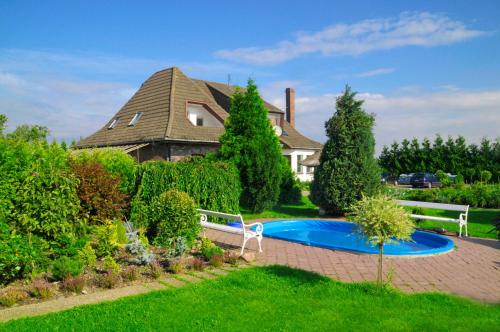 Located 2 km from the Pomeranian Dukes' Castle in Darłowo, Pensjonacik Ewa offers warmly decorated rooms. There is an outdoor swimming pool and a green garden with a gazebo.Book now
from $22 per night 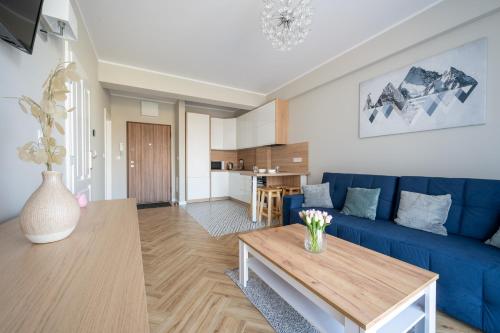 DarŁóżko features a balcony and is set in Darłówko, within just a few steps of Darłówko East Beach and 1.4 km of Darłówko West Beach. This beachfront property offers access to a terrace, free private parking and free WiFi.Book now
from $87 per night 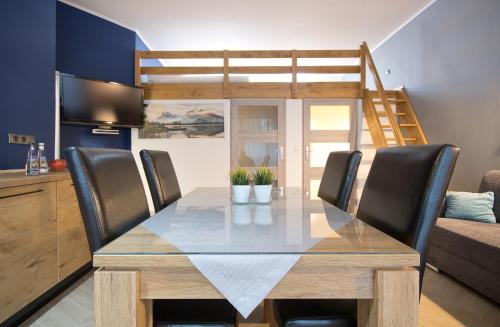 With Darłówko West Beach reachable in 400 metres, Apartamenty Plażowa 11 provides accommodation, a restaurant, a garden, a terrace and a bar. The apartment features both WiFi and private parking free of charge.Book now
from $51 per night 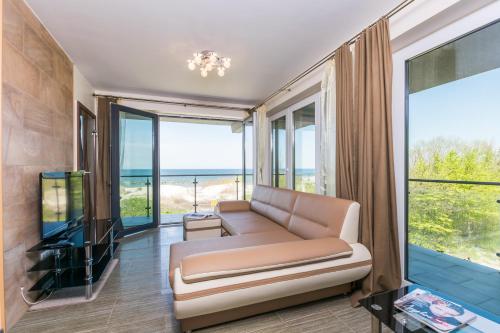 Located in Darłówko, within less than 1 km of Darłówko East Beach and a 13-minute walk of Darłówko West Beach, Apartament Bosmanski offers accommodation with free WiFi, air conditioning and a bar. With river views, this accommodation provides a balcony.Book now
from $51 per night 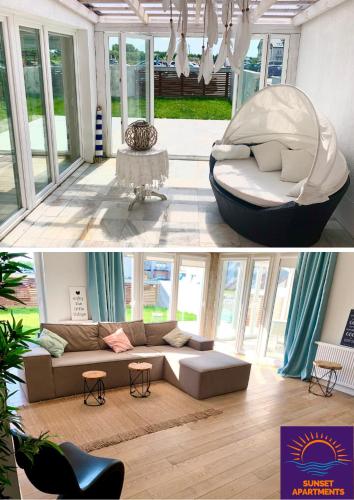 Situated 800 metres from Darłówko East Beach, Sunset Apartments Kropla Baltyku offers a garden, a terrace and accommodation with a balcony and free WiFi.Book now
from $46 per night 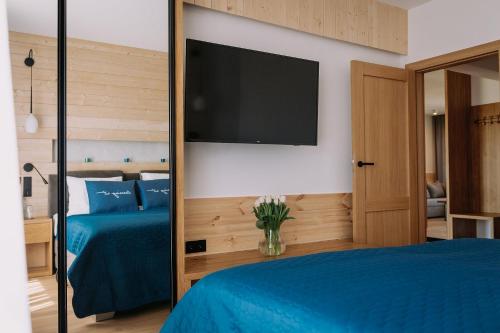 Royal Baltic Apartments, a property with free bikes, is situated in Darłówko, less than 1 km from Darłówko East Beach, 1.8 km from Darłówko West Beach, as well as 2.2 km from Bursztynowa Przystań Beach. This apartment features a garden, barbecue facilities, free WiFi and free private parking.Book now
from $87 per night 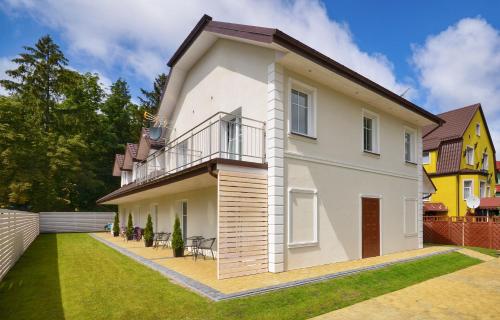 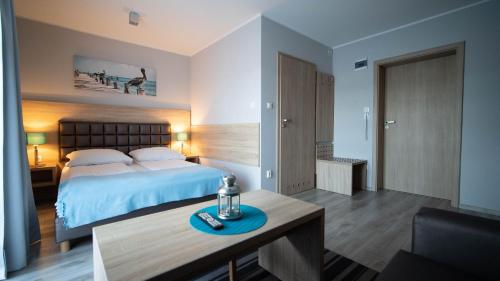 Located in Darłówko, 600 metres from Darłówko East Beach, Tramontana Family & Wellness provides accommodation with a garden, free private parking, a shared lounge and a bar. Featuring family rooms, this property also provides guests with a barbecue. The guest house features an indoor pool and room service and free WiFi throughout the property.Book now
from $87 per night 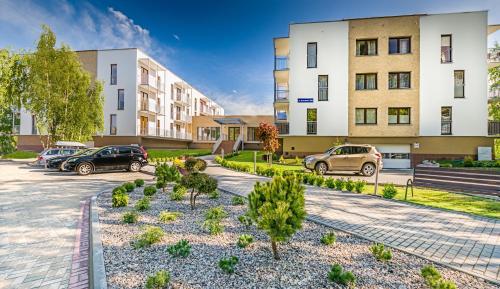 Located in Darłówko, near Darłówko East Beach, Darłówko West Beach and Bursztynowa Przystań Beach, Apartamenty Bursztynowe Komnaty has a terrace. Free WiFi is provided throughout the property and private parking is available on site.Book now
from $46 per night 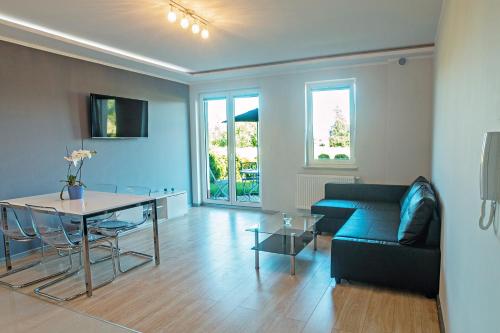 See all 272 accommodations in Darłowo-Darłówko

Darlowo – this Polish name stands for the former Rügenwalde in the former Hinterpommern, today’s Polish voivodeship Westpommern. The city combines the eventful German and Polish history. But Darlowo is not only visited because of its sights, the district Darlowko – German: Rügenwaldermünde – is a popular seaside resort with tradition. With an apartment in Darlowko, Darlowo, you can experience both: A seaside holiday at the Baltic Sea and a journey into the past.

Rügenwalde is a port of origin of Pomeranian history. For a long time the place was the residence of Pomeranian dukes. Holiday in an apartment in Darlowko, Darlowo, West Pomerania, offers the opportunity to discover the city’s past more closely – and certainly more comfortably and conveniently than couchsurfing in Darlowko, Darlowo. The late gothic castle of the dukes is still the landmark of Rügenwald today. The old town has been lovingly restored in large parts. An eye-catcher is the wide market place with the beautiful historic town houses and the Hansa Fountain. In the background the massive Marienkirche – a typical gothic brick building from the 14th century – dominates. Not much later, St. Gertrude’s Church, also a work of Gothic architecture, was built with its unique hexagonal shape. The stone gate, a striking former city gate, still bears witness to Darlovo’s former city fortifications. After the extinction of the Pomeranian dynasty of dukes, the city fell to Prussia. The beautiful baroque town hall on the market place still dates from this time. Book your apartment in Darlowko with us, Darlowo!

Darlowko – Rügenwaldermünde – is today a suburb of Darlowo or Rügenwalde. The suburb not only houses the town’s harbour, but also offers bathing holidays with tradition. Rügenwaldermünde was opened in 1814 as the first seaside resort in Prussia and is therefore one of the first German Baltic seaside resorts. Even today, under the Polish sign, the town enjoys great popularity among bathers. A private holiday flat in Darlowko, Darlowo, is therefore particularly suitable as accommodation for a bathing holiday at the Baltic Sea. What is the attraction of the seaside resort? For example the beautiful long beach with its fine sand and dunes. Ideal for beach walks, for example to the landmark of the village, the old lighthouse, which is presented in brick red. Or for bathing, relaxing and for various sports activities. Meanwhile Darlowko also offers a very good tourist infrastructure. Whether bar or restaurant, café or shopping – no wishes remain open. The town also has an aquapark with sea water – recommended when the weather is bad. And the well-known healthy sea climate with rich iodine content provides for the well-being. Experience pure relaxation in your private holiday apartment in Darlowko, Darlowo.

You can use Darlowko as a starting point for shorter or longer tours through Pomerania. Very nice are for example trips along the Pomeranian Baltic coast. They offer the opportunity to experience the interaction of wind, water and sand at close quarters. For those who are interested in culture, tours to Gdansk or Szczecin are a good option – from Darlowko, Darlowo, each of which can easily be reached in a day trip. The seaside resort is located exactly between the two cities. You liked your accommodation in Rügenwalde and you want to visit another city in West Pomerania? No problem: Book for example one of our Apartments in Szczecin.