Well done. Look what authentic hosts in Szczecin are offering to you on 9flats. 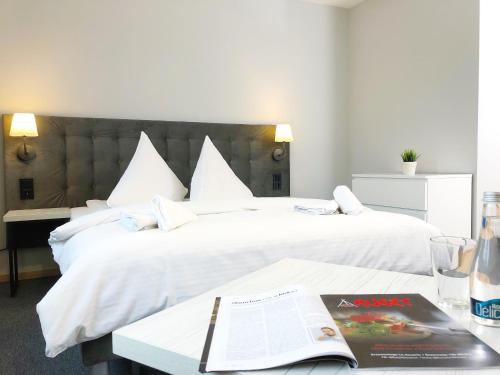 Residence Aparthotel is set in Szczecin, 800 metres from the centre and 1.1 km from the University of Szczecin. Waly Chrobrego Promenade and the Philharmonic are 1.5 km away. Free WiFi is featured .Book now
from $32 per night 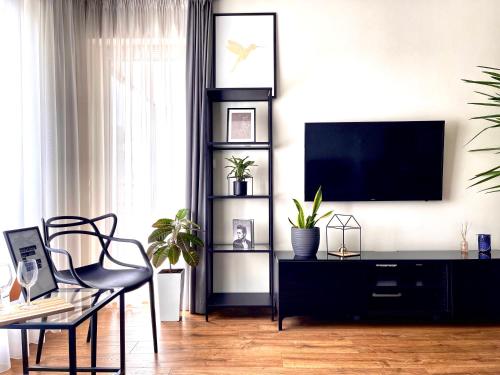 Set in Szczecin, 1.6 km from Szczecin Maritime University, Cathedral View Apartments offers accommodation with a terrace, free WiFi, a 24-hour front desk, and a tour desk. With city views, this accommodation features a balcony.Book now
from $83 per night 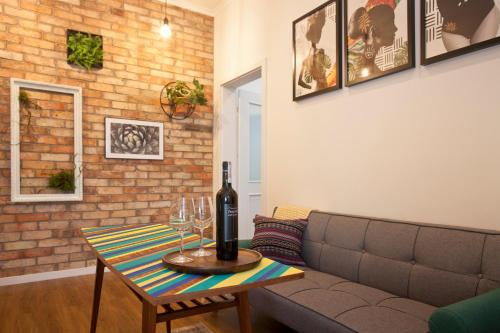 Szczecin Old Town Apartments - 2 Bedrooms Deluxe in Szczecin features accommodation with free WiFi, 1.5 km from Szczecin Maritime University, 1.5 km from Waly Chrobrego Promenade and 1.9 km from University of Szczecin. Housed in a building dating from 2018, this apartment is 400 metres from Cathedral Church of St. Jacob and less than 1 km from Panieńska Tower.Book now
from $83 per night 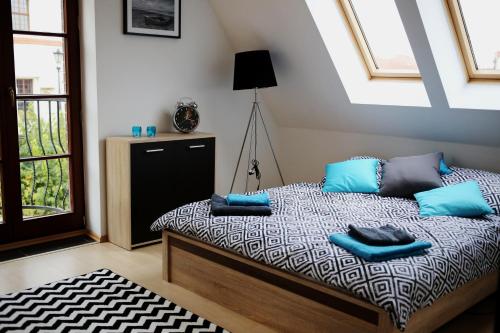 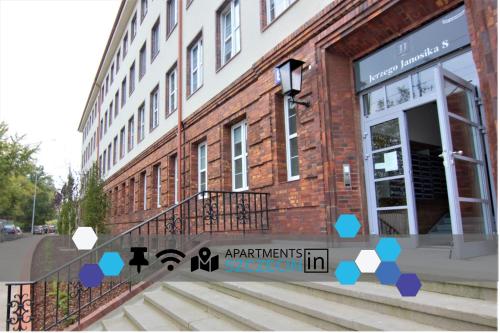 Offering city views, Apartments in - Janosika is set in the Srodmiescie district of Szczecin, less than 1 km from University of Szczecin and 2.9 km from Szczecin Maritime University. Free WiFi is featured and private parking is available on site.Book now
from $83 per night 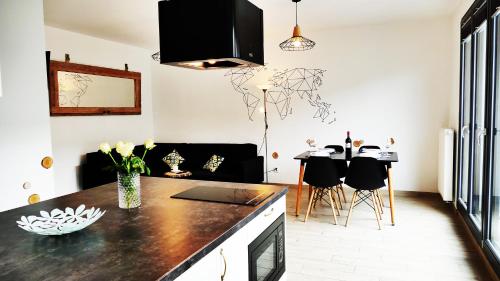 Set in Szczecin, Bedroom Apartments Bogusława offers a restaurant, city views and free WiFi, 1.4 km from University of Szczecin and 2.2 km from Szczecin Maritime University.Book now
from $38 per night 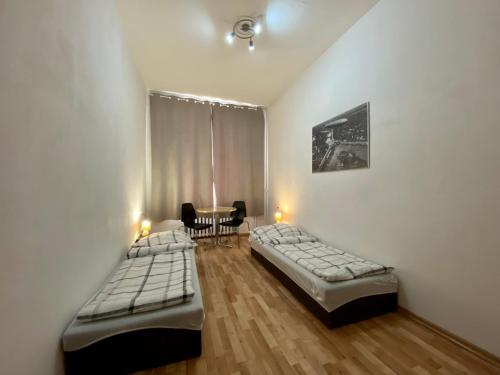 Situated in the centre of Szczecin, just 2 km from Szczecin Maritime University and 2 km from Waly Chrobrego Promenade, Apartment Insat features accommodation with city views and free WiFi. This apartment is 9 km from Szczecin International Fair and 1.5 km from Pionier Cinema.Book now
from $83 per night 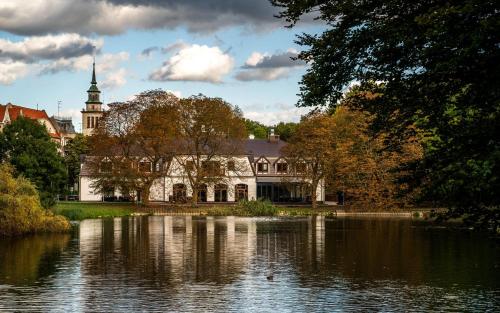 Located in Szczecin, within 1.6 km of University of Szczecin and 3.2 km of Szczecin Maritime University, Grand Park Hotel provides accommodation with a garden and free WiFi throughout the property as well as free private parking for guests who drive. Featuring family rooms, this property also provides guests with a children's playground. The accommodation offers a 24-hour front desk, room service and luggage storage for guests.Book now
from $74 per night 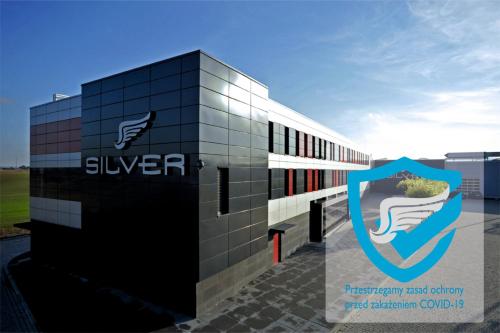 Silver Hotel is situated in a quiet neighbourhood, about 7 km from the center of Szczecin. It offers air-conditioned rooms with free Wi-Fi. Private parking is available at an extra cost.Book now
from $58 per night 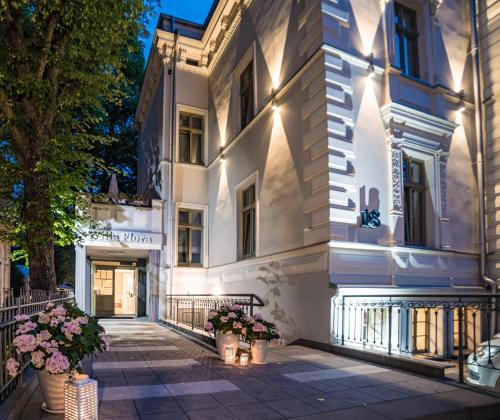 Hotel Willa Flora is set in central yet quiet area of Szczecin, 2 km from Waly Chrobrego Promenade. The hotel has terrace, and guests can enjoy a free access to the gym and sauna (for extra pay).Book now
from $51 per night 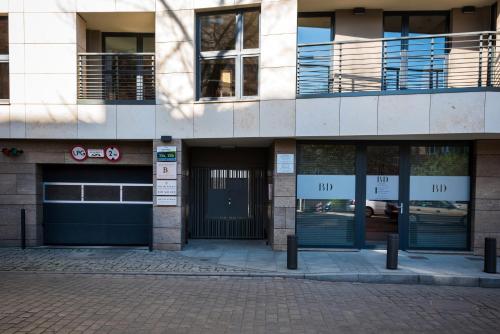 Situated in the centre of Szczecin, Supreme Apartments Vossa is close to sights such as Szczecin Maritime University, Waly Chrobrego Promenade and Panieńska Tower. Free WiFi is available and private parking is available on site.Book now
from $40 per night

Livin Aparthotel Centrum offers modern accommodation within 2 km from the centre of Szczecin and Szczecin Old Town. Guests are welcome to enjoy free WiFi and free public parking.Book now
from $38 per night

See all 472 accommodations in Szczecin

The Polish city Szczecin, which is called in the national language Szczecin, lies about 120 kilometers east of Berlin and in direct proximity to the Baltic Sea. Anyone who has experienced interesting holiday days in a private holiday apartment in Berlin will quickly reach the exciting Polish metropolis with one of the largest Baltic Sea ports. Are you interested in our apartments in Szczecin? Then browse now extensively in the many descriptions and photos, which we can put to you also to Apartments in Dbie and to private vacation homes in Grabow Bookings for accommodations about couchsurfing in Szczecin are unfortunately not possible with us, because we specialize in apartments that you don’t have to share with others.

Cosy apartments in Szczecin on the Baltic Sea

Szczecin has an airport about 35 kilometers northeast of the city. So you can travel comfortably by plane and use public transport or a taxi to get to your apartment in Szczecin. In the city itself there is a well functioning tram network that will take you to the sights and destinations on your travel agenda. Due to the turmoil of war and the resulting damage to the city, it took a long time to feel at home here again. Today Szczecin presents itself as a modern city with many relics that have survived the past. The reconstructed castle of the Dukes of Pomerania as well as the castle church of Szczecin belong to them in the old town. In summer, the wonderful courtyard offers an impressive backdrop for great open-air concerts. The Szczecin Opera House is located in one of the castle wings. Also worth seeing is the Gothic Loitzenhof from the 16th century near the castle. The Old Town Hall, which was first built in the 14th century and rebuilt in 1677 according to Baroque specifications, was also destroyed by the war. After reconstruction in the old Gothic style, the museum of the town’s history is now housed here.

Around the private apartment in Szczecin

The counterpart to the old town is the new town of Szczecin. Here you will probably be interested in the so-called Hakenterrasse and the spacious squares. Take your time to discover this very exciting part of Szczecin on foot from your private holiday home. Due to its university and numerous universities, Szczecin has developed into a modern metropolis, where students and guests alike feel at home, like to sit together, enjoy Polish delicacies and meet in the evening in the numerous pubs, bars and discos. Please ask your hosts for advice if you want to use insider tips for cool locations and beautiful excursion destinations. The Dammsche See lake at the gates of the city invites you to long walks or excursions by bike, as well as the Lower Oder Valley National Park with an area of more than 10,000 hectares. If you would like to get to know another Polish city during your trip: How about an Apartment in Kolberg, about 140 kilometers northeast of Szczecin?

Latest reviews for places in Szczecin