Well done. Look what authentic hosts in Amsterdam-Bos en Lommer are offering to you on 9flats. 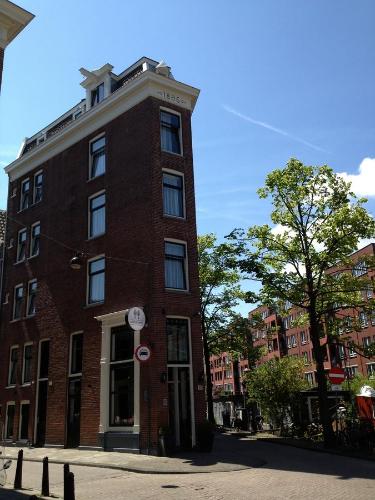 Only 800 metres from the Anne Frank House and Westerchurch, Linden Hotel is situated in a 18th century historical building in the Jordaan district in Amsterdam. Free Wi-Fi is available in all areas.Book now
from $79 per night 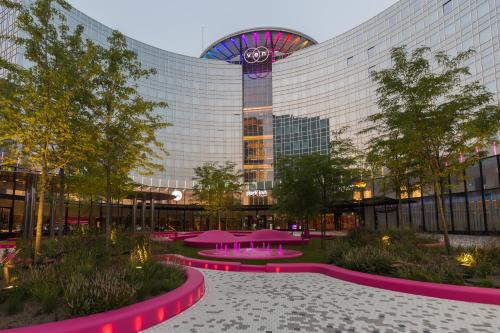 Set in Amsterdam, Park Inn by Radisson Amsterdam City West offers unique accommodation in the VEN mixed-use complex. Guests can enjoy the casino and multiple other facilities in the VEN building, all open 24/7. Free WiFi is offered throughout the property.Book now
from $59 per night 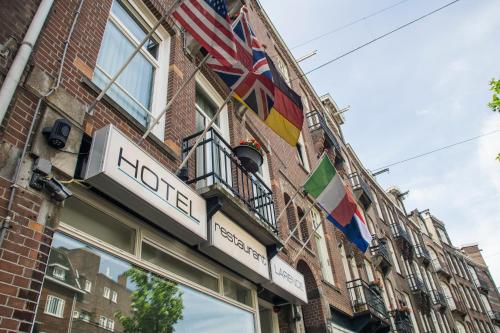 Hotel Larende is an independently owned hotel with free Wi-Fi and a 24-hour front desk in Amsterdam. Food market De Hallen is only a 4-minute walk away. The hotel has sound-proofed rooms with boutique-style décor.Book now
from $43 per night 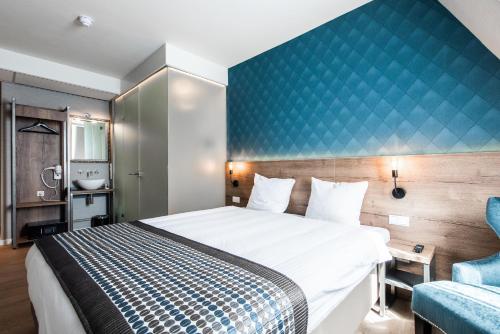 Melrose Hotel is located in Amsterdam, within 700 metres of Anne Frank House and 700 metres of Leidseplein. Featuring a shared lounge, the 3-star hotel has air-conditioned rooms with free WiFi, each with a private bathroom. Set in the Amsterdam City Centre district, the hotel is within less than 1 km of Royal Palace Amsterdam.Book now
from $46 per night 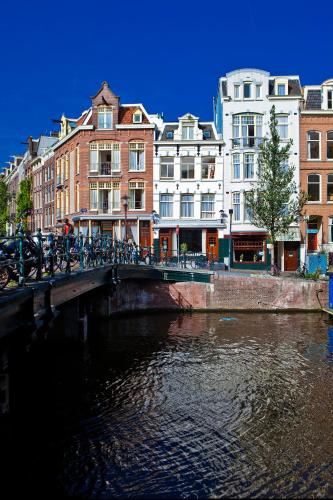 This quaint hotel offers rooms with antique furniture and free Wi-Fi in a picturesque area of Amsterdam, a 10-minute walk from the Anne Frank House. Wiechmann is situated in 3 restored canal houses and overlooks the canal.Book now
from $65 per night 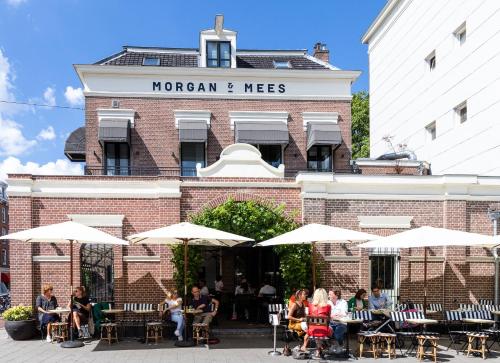 Morgan & Mees is located in the West part of Amsterdam and offers a restaurant & bar and has free WiFi access.Book now
from $129 per night 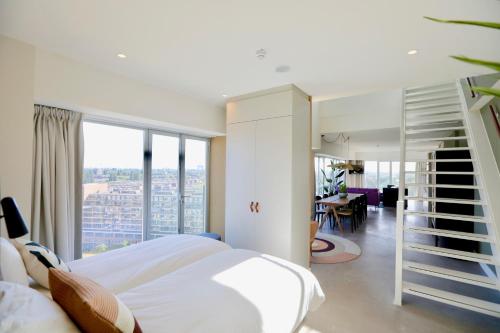 With garden views, Cityden Amsterdam West is situated in Amsterdam and has a restaurant, a 24-hour front desk, bar, garden and terrace.Book now
from $76 per night 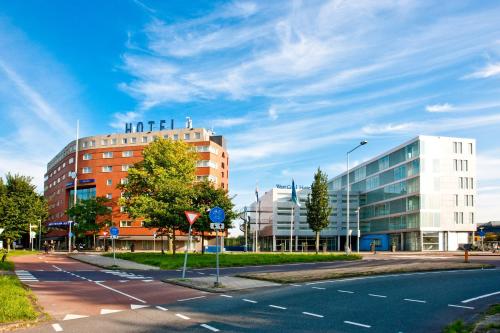 The 4-star WestCord Art Hotel is situated on the edge of the historic centre of Amsterdam. A 15-minute walk through the Westerpark will get you to the heart of the city. Guests benefit from free Wi-Fi throughout the hotel. Parking is available on-site.Book now
from $78 per night Featuring free WiFi throughout the property, Residence Inn by Marriott Amsterdam Houthavens is situated in Amsterdam, within the vibrant area of Houthavens. Attractions in the area include Beurs van Berlage, 3.3 km away, or Basilica of St. Nicholas, located 3.3 km from the property.Book now
from $116 per night 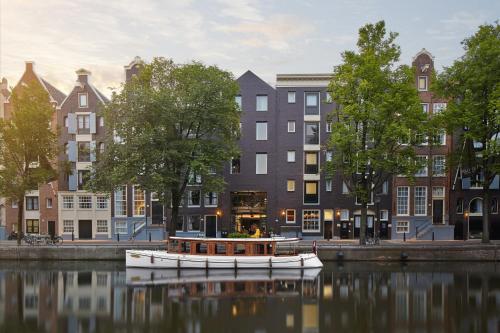 Set within 25 interlinked 17th and 18th century canal houses, the newly restored Pulitzer Amsterdam is a luxury hotel along the famous Prinsengracht and Keizersgracht canals. Guests can make a boat trip and free WiFi is provided.Book now
from $363 per night 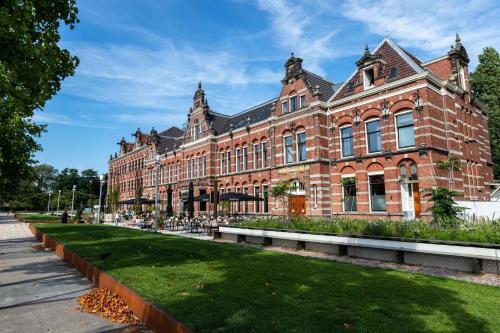 Conscious Hotel Westerpark is situated in a monumental building inside the vibrant Westerpark in Amsterdam, 1.2 km from the Jordaan area and 1.4 km from Anne Frank House. Guests can enjoy the on-site bar. In addition, to support the environment, the hotel operates solely cashless.Book now
from $82 per night

Bos en Lommer is a residential area just a couple of kilometres northwest of Amsterdam’s city centre. It is a modest neighbourhood with lots of families and far more locals than tourists. With a holiday apartment in Bos en Lommer from 9flats you could be staying among these residents, learning how the real people of Amsterdam live and getting a far more authentic view of the city. Your holiday accommodation in Bos en Lommer from 9flats is much like couchsurfing in 9flats but with the added privacy and comfort of your own room or apartment. If you really want to get to grips with the city and understand its people then a holiday apartment in Bos en Lommer could be the ideal choice for your visit to Amsterdam.

Exploring from your holiday apartment in Bos en Lommer

Bos en Lommer was named after a farm that once occupied the area and means ‘Forest and shade’. It may be still somewhat accurate as Bos en Lommer is bordered to the north by the Westerpark, with Sloterpark to the southwest. Erasmuspark is within the area. All these green spaces are one of the reasons that the area attracts families, along with a strong sense of community and attractive open air market square at Bos en Lommerplein. Bos en Lommer is also convenient for the city centre and has good road communications via the A10. If you are looking for a holiday apartment in Amsterdam that is close to the attractions of the city but has its own quiet neighbourhood feel, then Bos en Lommer could be for you.

An alternative to your holiday accommodation in Bos en Lommer

If you would prefer something even closer to the city centre then a holiday apartment in Jordaan would make a good choice. Jordaan lies adjacent to the famous Canal Ring area of the city, just to the west. Originally a working class area to serve those more wealthy residents of the Canal Ring, it has now undergone a process of gentrification and has become more attractive to tourists. This dense maze of narrow streets has many hidden squares, with traditional cafes and art galleries. It also features some of Amsterdam’s best markets, particularly the Noordermarkt, with a flea market on Monday mornings and organic farmers’ market on Saturdays.

Moving on from Bos en Lommer

For many people, Amsterdam is Holland but they are missing out on gems like The Hague. A holiday apartment in The Hague will see you staying in this impressive, cosmopolitan city, with fine buildings in broad avenues, some of the best food in Holland and even its own seaside resort in Scheveningen. Leaving Holland, a short trip south will take you to a holiday apartment in Paris where you can certainly enjoy more great food and admire some of the world’s greatest art collections. Travelling with 9flats really does broaden the mind and with these prices, it needn’t thin your wallet. Book your apartment in Bos en Lommer now for some excellent deals on authentic accommodation.