Well done. Look what authentic hosts in North Holland are offering to you on 9flats. Leonardo Hotel Amsterdam Rembrandtpark offers modern and elegant rooms next to Rembrandtpark and the A10 ring road in Amsterdam. It includes a 17th-floor sky bar with scenic views over Amsterdam and free WiFi. Guests can make use of the shuttle bus service to Schiphol Airport.Book now
from $67 per night 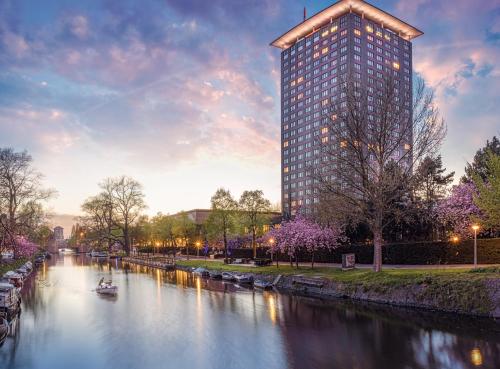 Hotel Okura Amsterdam – The Leading Hotels of the World 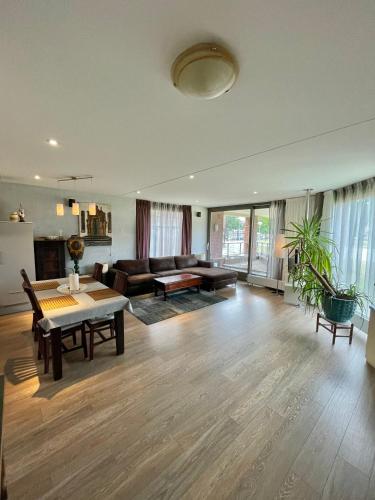 Located in Amsterdam, this apartment features free WiFi and a terrace in an architectonic park. Guests can enjoy the balcony.Book now
from $79 per night 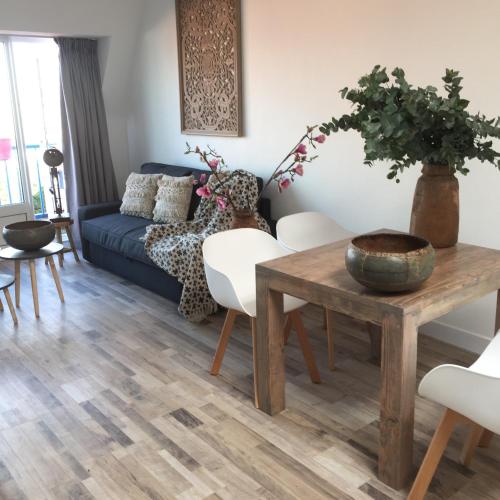 Located 800 metres from Zandvoort Beach, appartementen zeespiegel offers a casino, a terrace and accommodation with a balcony and free WiFi.Book now
from $44 per night 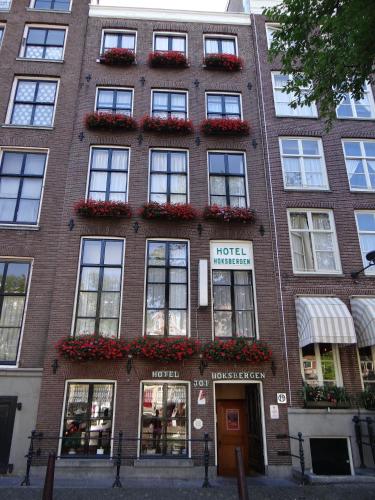 Our small hotel is a beautiful canal-house that is over 300 years old, nestled on the quiet, picturesque Singel, the oldest of the four major ring canals in Amsterdam's famed inner city. Our cosy hotel offers an oasis right in the centre of town.

The hustle and bustle of the shopping streets around Dam Square, the charm of the myriad canals lined with 17th Century houses and world famous sights, such as the Anne Frank House, are all literally steps away. There are also convenient trams and other public transport options to whisk you off to all of the city's many attractions.Book now
from $57 per night 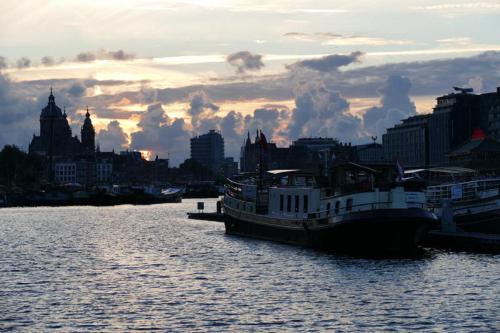 Set in Amsterdam and with Rembrandt House reachable within 1 km, MPS Waterland Amsterdam offers express check-in and check-out, non-smoking rooms, a bar, free WiFi throughout the property and a shared lounge. Featuring family rooms, this property also provides guests with a terrace. Guests can enjoy river views.Book now
from $79 per night 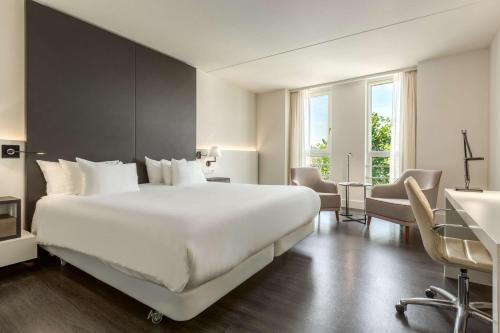 NH Collection Amsterdam Barbizon Palace combines modern facilities such as a fitness area with historic features including a 15th-century chapel. It is opposite Amsterdam Central Station and 550 metres from Dam Square. Free WiFi is available.Book now
from $113 per night 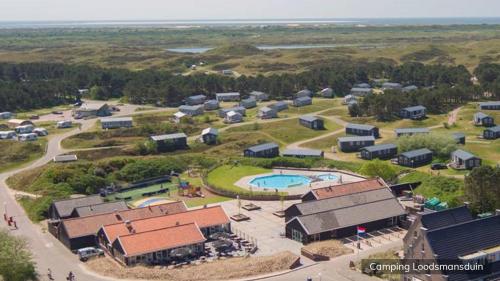 Set in the south of Texel, right next to National Park Duinen, Camping Loodsmansduin offers an outdoor swimming pool and self-catering accommodations. The North Sea beach is 2.5 km away.Book now
from $72 per night 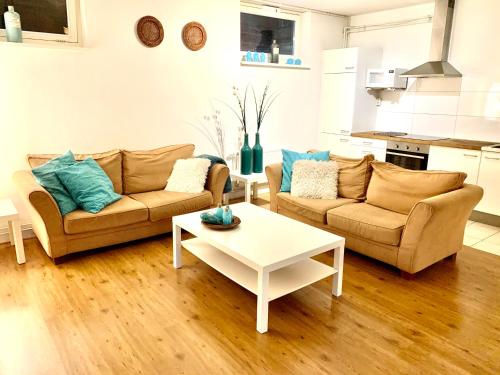 Appartement Bloem is a self-catering accommodation located in Zandvoort. Free WiFi access is available. The property is 800 metres from Zandvoorts Museum and 850 metres from Circus Zandvoort.Book now
from $58 per night 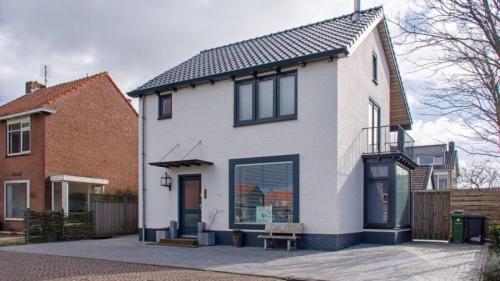 Texelheerlijk 4, a property with a garden, is set in De Koog, 2.8 km from Ecomare. Free WiFi is available in this holiday home, located 2.8 km from National Park Dunes of Texel.Book now
from $137 per night 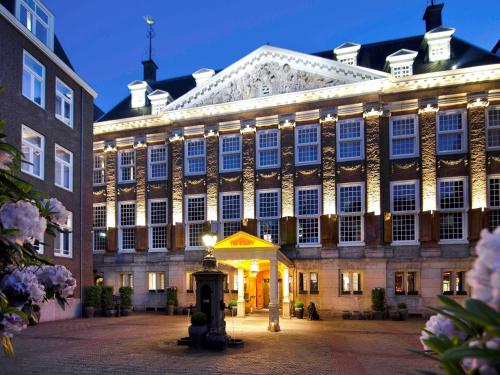 This 5-star luxury hotel in the heart of Amsterdam offers luxurious rooms in an unique historical ambiance with French elegance. A blend of Dutch history and French luxurious contemporary design. It features a fine dining restaurant, bar and spa with an indoor pool area. The hotel is located in the historical city centre, less than 5 minutes distance from the Nine Streets and Dam Square.Book now
from $203 per night 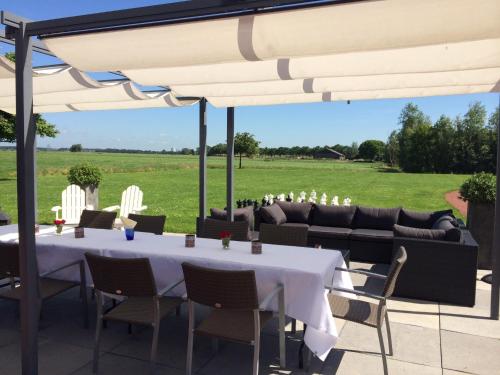 Situated 12.6 km from Amsterdam, The WaverlyHouse is located in Ouderkerk aan de Amstel and it can only be reached with private vehicle. Free WiFi access is available.Book now
from $79 per night

See all 6017 accommodations in North Holland

Discover Holland’s cities with an apartment in North Holland

The province of Noordholland is a region of contrasts that includes some of Holland’s greatest attractions. With the Dutch capital Amsterdam in the south and the dune lined sandy beaches of the North Sea coast in the north, a holiday home in North Holland offers you the best conditions for both a city trip and a seaside holiday. In between, open polder landscapes, tranquil villages and of course Holland’s endless flower fields await you within easy reach of your holiday home in North Holland. Find now a cheap holiday home in the Netherlands and enjoy the village flair of Castricum or Egmond inland just minutes from Holland’s North Sea beaches. In the middle of tulip fields, meadows and small coastal villages you can experience the peaceful lifestyle of the Dutch coastal region with a private accommodation. Nevertheless, you don’t have to give up your freedom. In spite of all the rural idyll, you live on the North Holland coast just outside Amsterdam, and our Holiday Apartments in Rotterdam are only an hour’s drive away.

The province of North Holland is situated on a peninsula between the North Sea and the IJsselmeer and is largely made up of polders created by land reclamation from the sea. The water around your holiday home in North Holland is omnipresent, and although the dune-lined North Sea beaches are the biggest attraction for bathers, the IJsselmeer also has a lot to offer, especially for water sports enthusiasts. The artificial freshwater lake offers sheltered beaches, ideal surfing conditions and large and small marinas where you can rent a boat or learn the basics of sailing. Amsterdam borders directly on the southern IJsselmeer, so you can easily use your private holiday home in North Holland to combine a varied city trip with day trips to nearby beaches. In contrast to the wide marshlands and tranquil villages of the coast, Amsterdam offers a cultural diversity that makes the Dutch capital one of the hottest destinations in Europe. Even from an accommodation in Utrecht you shouldn’t miss a trip to the lively metropolis and visit such unique sights between Amsterdam’s canals as the Royal Palace, the Rijksmuseum, the Van Gogh Museum or the Rembrandthaus. But it is only in the evening hours that the city really comes to life, when Amsterdam’s legendary nightlife shows itself in all its diversity. Especially in the city centre there is a colourful selection of cosy pubs, trendy dance clubs and elegant cocktail bars.

Almost all visitors to Holland decide to spend the night in North Holland, as the province of Amsterdam is the most popular destination and also the most important traffic junction in the Netherlands. Also on the way to an Apartment in The Hague you can make a stopover in Amsterdam; the journey from Amsterdam to The Hague will then take you through the wide coastal plains of neighbouring South Holland. Of course you will also find Accommodation in South Holland, in our portfolio, but from your holiday home in North Holland you can also explore Rotterdam, The Hague and Utrecht on a day trip. None of the three cities is more than an hour’s drive away, and there are several hourly connections from Amsterdam’s main station.