Well done. Look what authentic hosts in Los Angeles-Venice Beach are offering to you on 9flats. 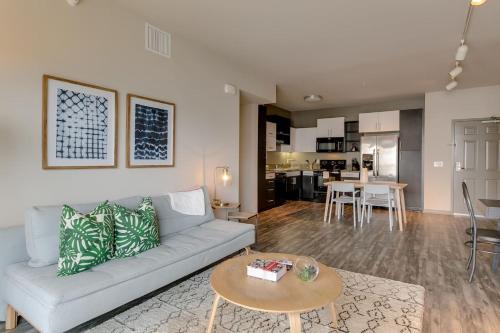 Located 200 metres from Marina Del Rey Beach, Abode Los Angeles - Marina Del Rey Venice Beach provides accommodation with an outdoor swimming pool, a terrace and a 24-hour front desk for your convenience. Free WiFi is available throughout the property.Book now
from $196 per night 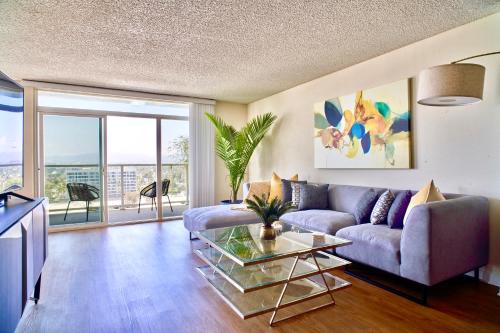 Set in Los Angeles, 500 metres from the Venice Beach and 5 km from Santa Monica Pier, Penthouse Oasis with Panoramic Ocean View offers accommodation with free WiFi, air conditioning, an outdoor swimming pool and a garden. Boasting a patio, the apartment is in an area where guests can engage in activities such as cycling, fishing and tennis.Book now
from $349 per night 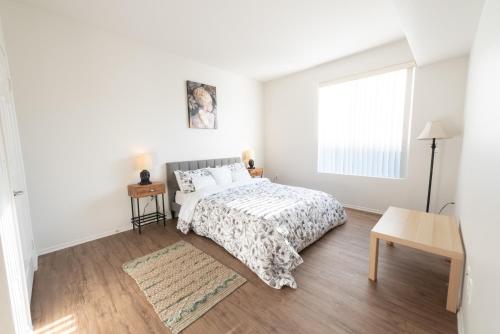 Featuring an outdoor pool and city views, Elite 2BR Apartment at Venice Marina Del Rey is located in Los Angeles. The air-conditioned accommodation is 1.2 km from Marina Del Rey Beach, and guests benefit from private parking available on site and free WiFi.Book now
from $229 per night

Featuring a balcony with sea views, an outdoor swimming pool and a garden, Waterfront Marina View 2BEDS 2BATHS Apt Venice & Marina can be found in Los Angeles, close to Marina Del Rey Beach and 750 metres from Venice Beach. The accommodation is 1.3 km from Dockweiler State Beach, and guests benefit from private parking available on site and free WiFi.Book now
from $83 per night 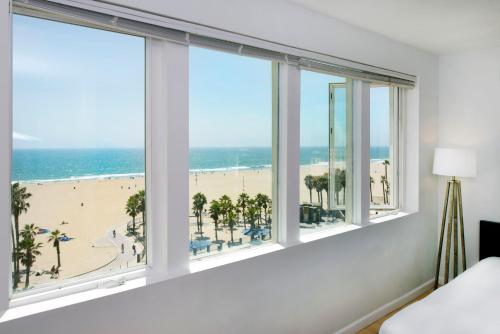 AIR Venice on the Beach

Located on the famous Oceanfront Walk, these historic hotel rooms boast beautiful views of Venice Beach and the Pacific Ocean. Free WiFi is available in all areas.Book now
from $86 per night 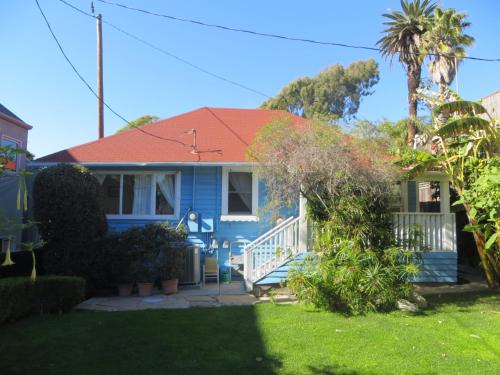 In the Santa Monica district of Los Angeles, close to Venice Beach, Hill Street Cottage has a garden and a washing machine. The air-conditioned accommodation is 600 metres from Santa Monica Beach, and guests benefit from complimentary WiFi and private parking available on site.Book now
from $83 per night

Providing a terrace, Venice Beach House is located in the Venice Beach district of Los Angeles, 50 metres from Venice Beach and 750 metres from Marina Del Rey Beach. Free WiFi is provided throughout the property and private parking is available on site.Book now
from $83 per night 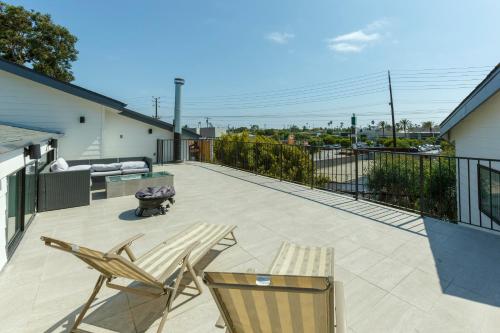 Beautiful Home near the Venice Beach, located 14 mi from downtown Los Angeles. Free WiFi is offered throughout the property.Book now
from $83 per night 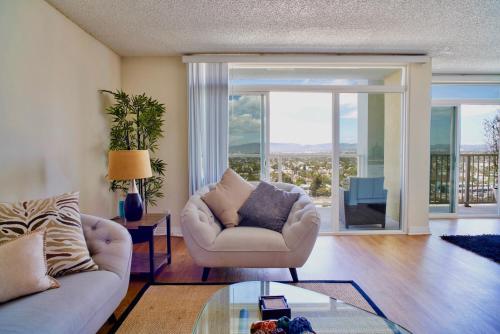 Set in Los Angeles, Beach Front Penthouse in Marina del Rey/ Venice Beach offers accommodation with free WiFi, air conditioning, a restaurant and access to a garden with a year-round outdoor pool. Boasting a private pool, the apartment is in an area where guests can engage in activities such as hiking, cycling and billiards.Book now
from $329 per night 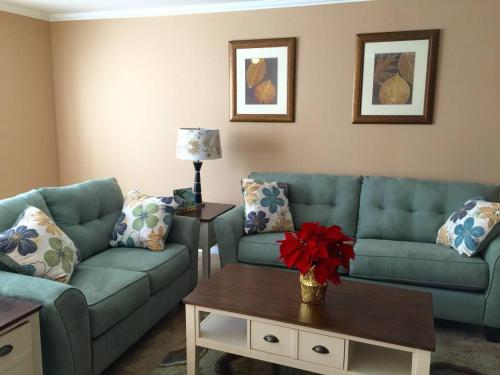 2Bedroom with Den and 2BA 4 Blocks to Santa Monica Beach

2Bedroom with Den and 2BA 4 Blocks to Santa Monica Beach is situated in Los Angeles, 650 metres from Venice Beach and 2.8 km from Marina Del Rey Beach, in an area where hiking can be enjoyed. Set 600 metres from Santa Monica Beach, the property offers a garden and free private parking.Book now
from $288 per night 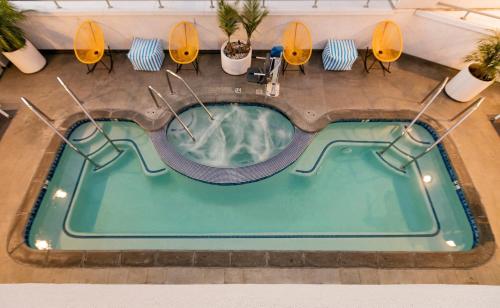 Boasting air-conditioned accommodation with a private pool, Venice beach house with pool, music studio is set in Los Angeles. Guests benefit from a patio and an outdoor pool.Book now
from $83 per night

Los Angeles, of course, is a huge city with many individual neighbourhoods, each with its own distinct character. Venice is a very particular neighbourhood, with an eclectic community of local residents. Renting a holiday apartment in Venice from 9flats is perfect for those who like to get to know the city. Your holiday accommodation in Venice allows you to join the local population and experience the area as they do, rather than being isolated in a tourist hotel. In fact, your holiday apartment in Venice is much like couchsurfing in Venice but with the added comfort and privacy of your own room or apartment. It is the perfect way to enjoy a new city.

Exploring from your holiday apartment in Venice

Originally Venice was a separate city, built in 1905 as a seaside resort, before it was incorporated into Los Angeles in the 1920s. It became quite rundown until the 1950s when efforts began to restore the area but perhaps this period was key in Venice becoming a more Bohemian area of the city. Venice is perfect for those who are looking for a holiday apartment in Los Angeles with a bit of independent character. Today Venice is certainly one of the most interesting and eclectic areas of Los Angeles, with an educated and affluent population. Abbot Kinney Boulevard is a good example of the restoration of the area, previously derelict and now a good area of shopping, restaurants, bars and galleries. Venice Beach is a major attraction, will all manner of street theatre artists, the boardwalk and Muscle Beach.

An alternative to your Venice holiday accommodation

If you are looking for a more typical Los Angeles neighbourhood then a holiday apartment in Studio City might fit the bill. This is a wealthy residential neighbourhood north of Hollywood and Beverly Hills. The area is bisected by its main thoroughfare, Ventura Boulevard. This street has lots of independent stores and restaurants and is where most of the area’s businesses are located. The area originally got its name as the location for an early film studio and the entertainment industry is still well represented. CBS Studio Center is located in Radford Avenue and is a major facility, with 18 sound studios, office space and more than 200 dressing rooms.

Moving on from Venice

Before leaving California, a trip north could take you to a holiday apartment in San Francisco where you can enjoy one of North America’s most beautiful cities. With its famous steep hills, cable cars and Golden Gate Bridge, it is an iconic location. Take a trip to Alcatraz and the shops on Pier 39, where you can see the famous sea lions. Leaving the USA, a trip north will take you to Canada and a holiday apartment in Vancouver where you can enjoy another city in a stunning location, surrounded by mountains, forests and beaches right in the city. If you are looking for excellent, authentic accommodation at a great price, book your apartment in Venice right here at 9flats.