Well done. Look what authentic hosts in Tennessee are offering to you on 9flats. 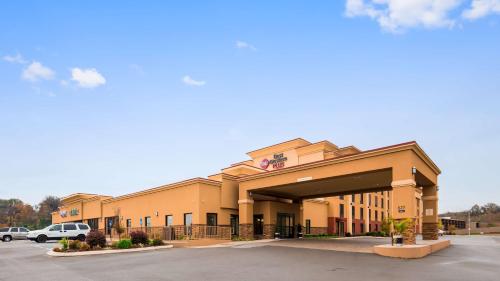 Offering a seasonal outdoor pool and fitness centre, Sunrise Inn is situated in Nashville, Tennessee, less than 8 minutes' drive from both the Nissan Stadium and the Nashville International Airport.Book now
from $74 per night

Surrounded by popular Nashville attractions such as the Country Music Hall of Fame, this hotel provides modern in-room amenities, including a flat-screen TV.Book now
from $81 per night The ideally situated Hampton Inn & Suites Chattanooga/Downtown, less than a half mile from Tennessee Aquarium, features an outdoor pool and gym. Rooms offer cable TV with HBO and free Wi-Fi.Book now
from $124 per night 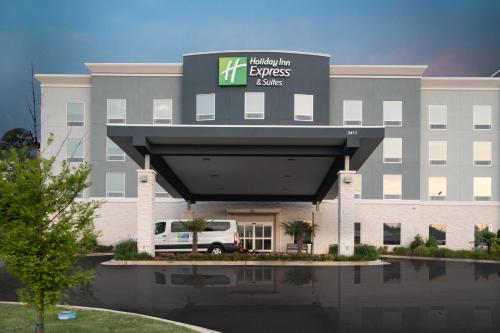 Situated in Knoxville, 80 metres from East Tennessee History Center, Embassy Suites By Hilton Knoxville Downtown features accommodation with a restaurant, private parking, a fitness centre and a bar. Among the facilities at this property are a 24-hour front desk and room service, along with free WiFi throughout the property. The property is 700 metres from the city centre and 2 km from University of Tennessee.Book now
from $135 per night 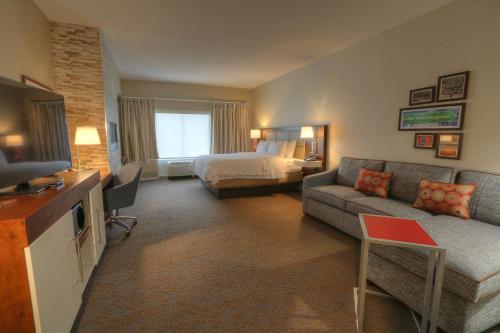 Boasting a fitness centre, shared lounge, garden and free WiFi, Hampton Inn Gatlinburg Historic Nature Trail, Tn is situated in Gatlinburg, 1.5 km from Ripley's Aquarium of the Smokies and 12 km from Dolly Parton's Stampede. The property is around 16 km from The Grand Majestic Theater, 17 km from Country Tonite Theatre and 18 km from Smoky Mountain Opry. The accommodation features a 24-hour front desk, a concierge service and luggage storage for guests.Book now
from $84 per night 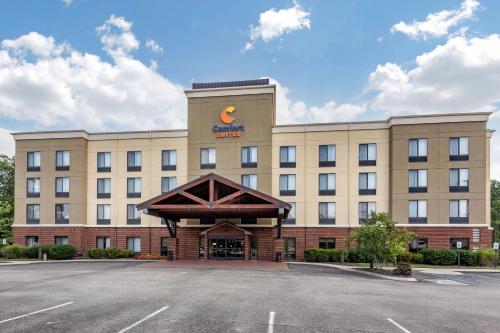 Situated right next to Manchester Coffee County Conference and Arrowhead/Aerospace Museum, this Comfort Suites is located in Manchester, TN and features a heated indoor pool, complimentary hot breakfast and comfortable guest rooms with free WiFi.Book now
from $109 per night 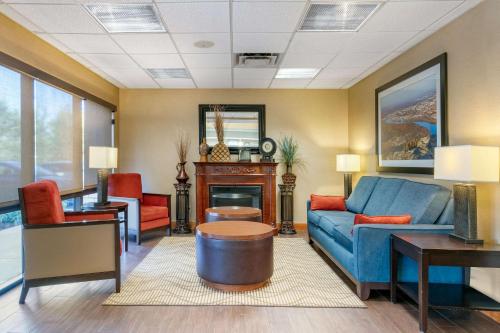 The Comfort Inn hotel in Chattanooga, Tennessee is 15 minutes' drive from Chattanooga Airport. It features a seasonal outdoor swimming pool and free WiFi.Book now
from $71 per night Less than a 10-minute walk away from Music Row and Vanderbilt University, this all-suites hotel is located in Nashville and offers an indoor pool, complimentary hot breakfast and free WiFi.Book now
from $76 per night 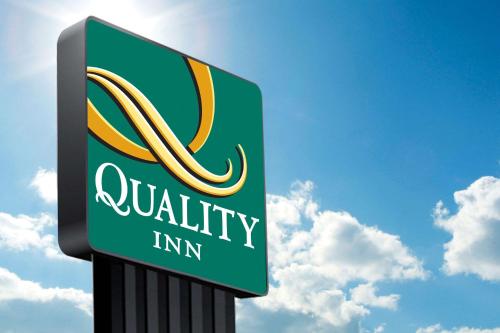 Situated in Monteagle, 36 km from Great Stage Park, Quality Inn Monteagle TN features accommodation with a seasonal outdoor swimming pool, free private parking and a shared lounge. The property is set 3.1 km from Clifftops, 3.9 km from Sand Switch and 5 km from Summerfield. The accommodation offers a sun terrace, a 24-hour front desk, where staff can assist guests, as well as free WiFi throughout the property.Book now
from $59 per night This hotel is 20 minutes south of Nashville in historic Franklin, TN. It offers a free shuttle to locations within a 8 km radius of hotel.Book now
from $122 per night 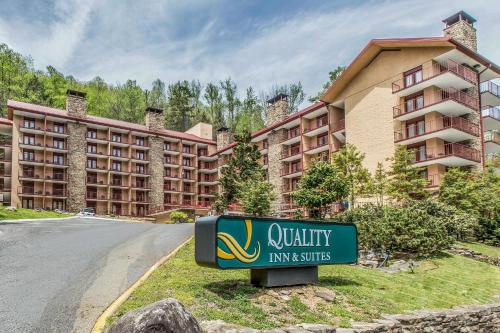 This Gatlinburg hotel is 3 km from the Great Smoky Mountain National Park. Features include a seasonal outdoor pool, a kiddie pool, business centre, and rooms with free WiFi.Book now
from $54 per night

See all 17728 accommodations in Tennessee

Holiday in the home of country music: holiday apartments in Tennessee

As the home of country music and rock’n’roll, Tennessee is known all over the world and is thus on a par with other culturally rich southern states such as Mississippi, Louisiana or Alabama. But the famous whiskeys of the state are no less legendary, so that a holiday in a holiday apartment in Tennessee has just as much to offer for connoisseurs as for lovers of traditional Southern music. Book your private apartment in Tennessee now and discover the country town of Nashville on the trail of Johnny Cash, who lived and worked in Nashville until his death in 2003. Also from your Apartment in Louisville in the north bordering Kentucky you should not miss a trip to Nashville to visit the Hall of Fame of country music and the countless local country bars. If you’re spending your holiday in Nashville yourself, 9flats accommodation gives you a glimpse of everyday life in this traditional city – away from the tourist attractions and comfortable at the same time.

Like the other southern states of the United States, Tennessee has retained an independent culture that is strongly influenced by the musical significance of the region. Aretha Franklin was born in the state just like Elvis Presley, and Tina Turner was born in Brownsville, Tennessee. A highlight not to be missed on your vacation is a visit to Graceland. Elvis Presley’s former estate is open to the public and is visited annually by 600,000 fans from all over the world. Memphis is also only a three hour drive from an accommodation in Perryville in neighboring Arkansas and is therefore ideal for a day trip. Less well known than Nashville and Memphis are the scenic attractions that await you around your Tennessee apartment. Explore the Great Smoky Mountains National Park south of Knoxville, which includes one of the oldest forests in the world and the largest primeval forest in the eastern United States. A private holiday home in Tennessee gives you the opportunity to explore the over 2,000 square kilometre park with its 1,400 kilometres of hiking trails in peace and quiet, or to take the Natchez Trace Parkway west of Nashville and follow in the footsteps of ancient Indian peoples who left their burial sites along this pre-colonial route.

The Gulf of Mexico with its Caribbean beaches is only half a day’s drive away from your holiday home in Tennessee. After spending the night in Tennessee, you have the choice of visiting the coastal towns of Mississippi or the popular seaside resorts of Alabama, from which Florida is just a stone’s throw away. If you’re traveling from Tennessee to your Apartment in Miami or other Sunshine State destinations, you might want to rent a car, as public bus services in the southeastern U.S. are rather uncomfortable over longer distances and especially smaller cities don’t always serve. Larger airports with regular national connections are also not far from your holiday home in the USA, e.g. Memphis, Nashville, Knoxville and other cities.

Latest reviews for places in Tennessee