Well done. Look what authentic hosts in Poznan are offering to you on 9flats. 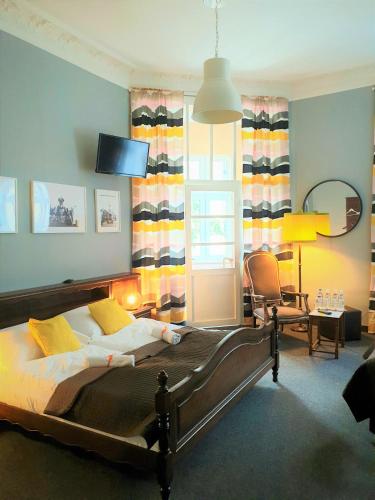 1.4 km from Poznan International Fair, Expolis Residence - City Center MTP - Reception 24h is located in Poznań and features free WiFi, express check-in and check-out and a tour desk. The property is around 1.3 km from Central Railway Station Poznan, 2.5 km from Stary Browar and 1.9 km from Philharmonic. The property is allergy-free and is situated 800 metres from Poznań Palm House.Book now
from $22 per night 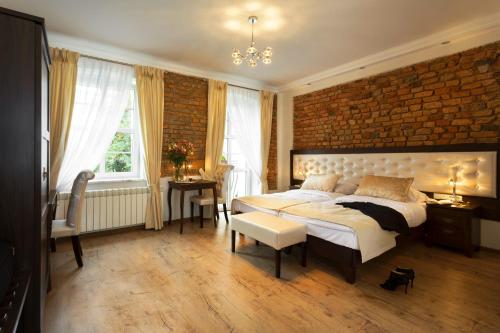 Boasting a bar and free WiFi, Aparthotel Wodna is situated in the centre of Poznań, close to St. Stanislaus the Bishop Church, City Hall and Royal Castle.Book now
from $31 per night 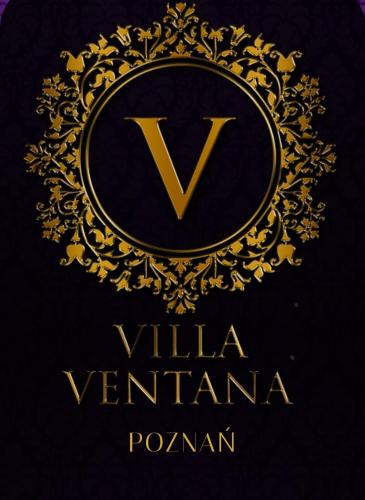 Located 4 km from the Poznań International Fair and 1.5 km from the A2 motorway, connecting Poznań and Berlin, Villa Ventana Poznań offers comfortable rooms with an LCD TV with cable channels and tea and coffee-making facilities. Free public parking and paid monitored parking are available.Book now
from $87 per night 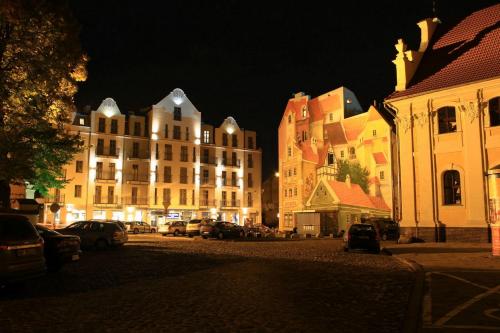 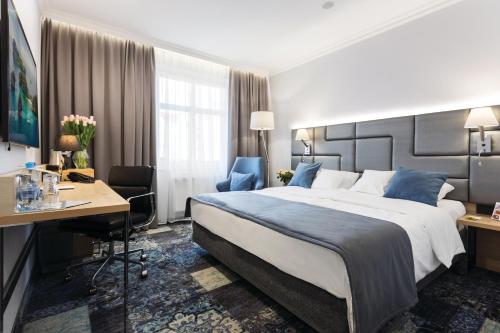 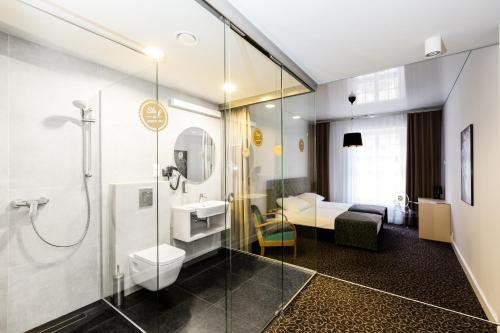 Boasting an excellent location right by the Old Market Square in Poznań, Sleep in Hostel & Apartments Stare Miasto offers bright and quiet rooms with free WiFi. Guests can use a common kitchenette with a dining area and a coffee maker.Book now
from $21 per night 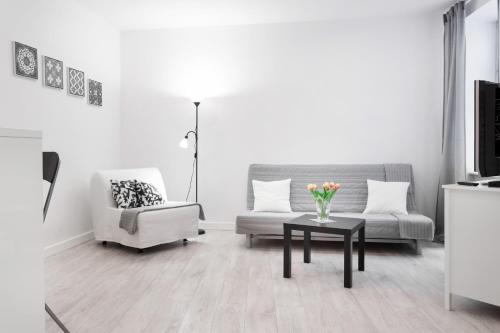 Situated in the centre of Poznań, 600 metres from St. Stanislaus the Bishop Church and 800 metres from City Hall, Apartments Poznań Strzelecka Old Town offers free WiFi. This apartment is less than 1 km from Royal Castle and a 10-minute walk from National Museum.Book now
from $25 per night 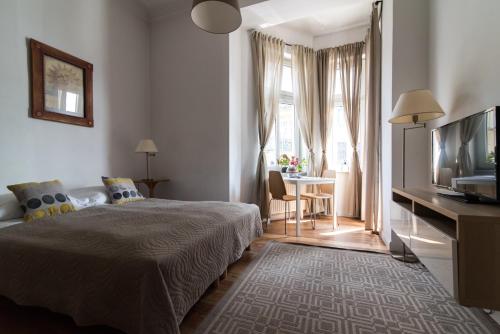 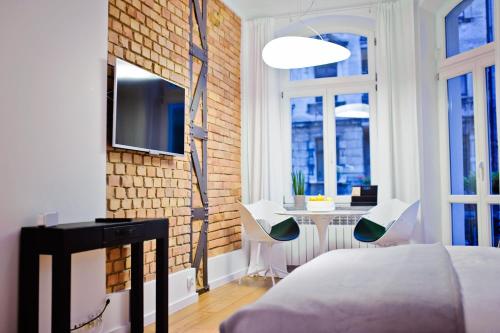 Apartament Garbary 49 is a self-catering accommodation located in the centre of Poznań. Free WiFi access is available. The property is within a few hundred metres from sights such as St. Stanislaus the Bishop Church and the City Hall.Book now
from $69 per night 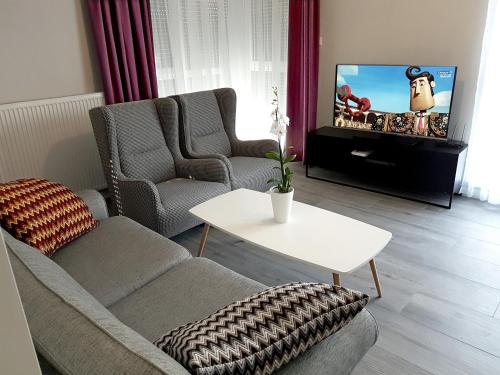 Situated in Poznań in the Greater Poland region, with Poznan Stadium nearby, CCH Elephant Apartments features accommodation with free WiFi and free private parking.Book now
from $54 per night

Located in Poznań, Dworek staropolski provides free WiFi, and guests can enjoy a garden, a restaurant and a bar.Book now
from $28 per night 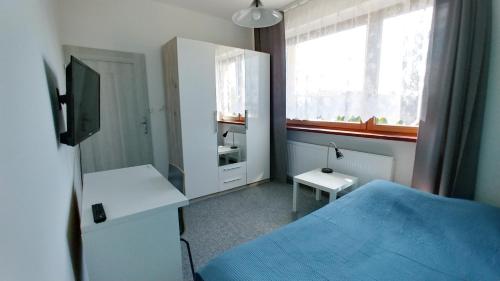 See all 914 accommodations in Poznan

Poznan, or Poznan, is one of the largest cities in the country and is the historical capital of Wielkopolska. Interesting sights and the location on the Warta River ensure that every year many visitors make Poznan the destination of their holiday. If you would like to undertake an extended round trip by car, you can now find an apartment in Poznan here with us. First you could discover the German capital and live in an Apartment in Berlin. About 280 kilometers west is Posen an der Warthe. Whether you prefer couchsurfing in Poznan or rather a private holiday apartment, is of course up to you, but an apartment in Poznan simply gives you more freedom and comfort, because here you do not live directly with your host in the same apartment, but can switch and operate as you would like. In addition, nice neighbours will certainly give you one or two insider tips about where to find the most beautiful sights and the best restaurants or which clubs are hip in the city right now.

Polish cosiness in apartments in Poznan

Poznan offers many districts where you can stay overnight. If you want to live in a central location, you probably decide on an Apartment in Stare Miasto or a private Holiday apartment in Wilda. From here you can easily discover the city by public transport, because bus and tram lines connect sightseeing and excursion destinations. A stroll through the old town is definitely a must, as the Old Town Hall and the Old Market Square are located here directly on the famous Cathedral Island. Also worth seeing is the Poznan Cathedral, the foundation stone of which was laid around 968. Between 1905 and 1910 the striking residence castle was built, which is today used as a cultural centre “Zamek”. Via the famous route of the kings and emperors you can reach not only the many other sights, museums or galleries of the city, but also beautiful parks and gardens. Nearby are Lake Malta and “Tor Poznan”, the FIA approved motorsport circuit.

From private accommodation in Poznan to nightlife

Poznan is not only the most important traffic junction between Berlin and Warsaw, it is also a university city that has remained young thanks to its students and is one of the country’s cultural metropolises. From your private accommodation in Poznan you can literally get enough of historical buildings and at the same time satisfy your hunger in the many restaurants that offer delicious local dishes, including hearty stews as well as meat and fish dishes. The party atmosphere is also good, as Poznan is said to have a better nightlife than Warsaw and Krakow, for example. International DJs meet here night after night to play hot house, techno or other hip beats. And if you want to travel on after a few days, you’ll also find great private holiday homes in Warsaw or Gdansk.

Latest reviews for places in Poznan

Jeyce
Stare Miasto
Strzeszynek
Wilda
close
Cookies help us deliver our services. By using our services, you agree to our use of cookies.