Well done. Look what authentic hosts in Kentucky are offering to you on 9flats. 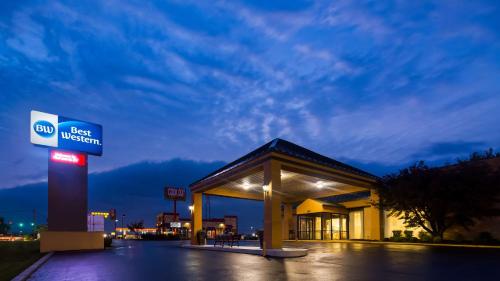 Spacious bright rooms feature dark wood furniture at this hotel in Richmond, Kentucky. It features an indoor pool and is 15 miles from Ft. Boonesboro State Park.Book now
from $84 per night 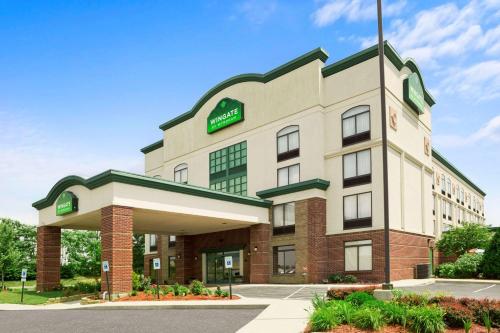 This hotel is located 1 mile off Interstate 64 and 14 miles from central Louisville. It offers an indoor heated pool, gym and rooms with a flat-screen TV.Book now
from $62 per night 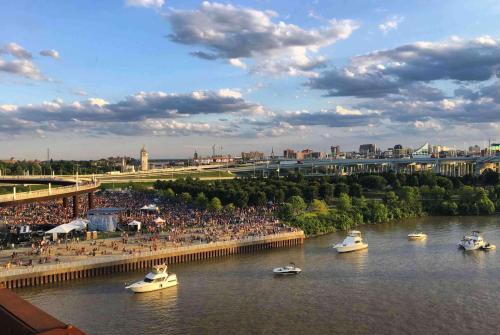 Overlooking the Ohio River in downtown Louisville, Kentucky, this hotel features a full-service spa and 6 restaurants. It is adjacent to the Louisville Arena and offers free Wi-Fi in public areas.Book now
from $84 per night 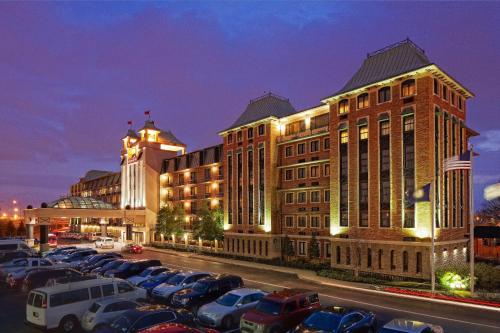 Only a short distance from Churchill Downs, this Louisville, Kentucky hotel offers an on-site restaurant and free transfers to the Louisville International Airport and sites within a 3-mile (4.8km) radius.Book now
from $57 per night 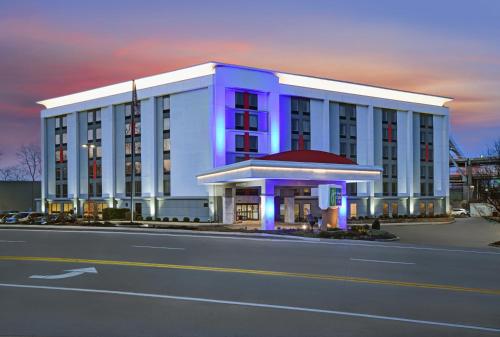 Situated on the Ohio River, this hotel features an on-site indoor pool and rooms with 43-inch flat-screen TVs and free Wi-Fi. Cincinnati-Northern Kentucky International Airport is 12.4 miles away.Book now
from $84 per night 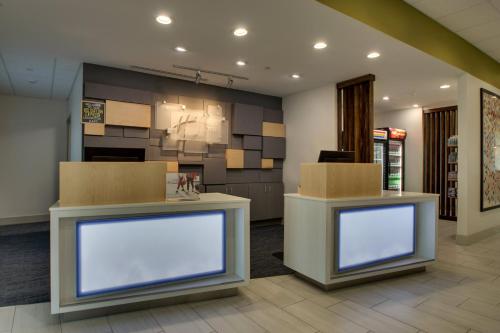 Featuring a shared lounge and free WiFi throughout the property, Holiday Inn Express - Lexington East - Winchester, an IHG Hotel is located in Winchester. The hotel provides an indoor pool, fitness centre and a 24-hour front desk.Book now
from $78 per night Centrally located in Louisville, this hotel is a 5-minute drive from Churchill Downs and Cardinal Stadium and offers an on-site restaurant and bar. It features a heated indoor pool and a 24-hour fitness centre. Complimentary WiFi is provided.Book now
from $67 per night

This hotel in Harrodsburg, Kentucky is 1 mile from the Old Fort Harrod State Park and is 12 minutes’ drive from Shaker Village of Pleasant Hill. Guests can enjoy a continental breakfast each morning and free WiFi is accessible.Book now
from $84 per night 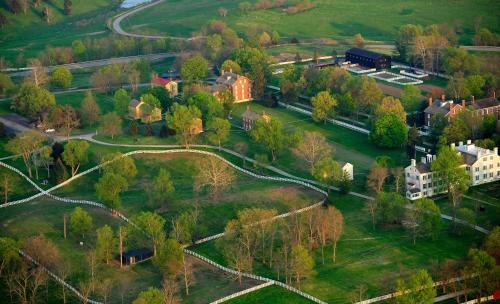 Boasting a garden and free WiFi, Shaker Village of Pleasant Hill is situated in Harrodsburg. There is a restaurant serving American cuisine, and free private parking is available.Book now
from $103 per night 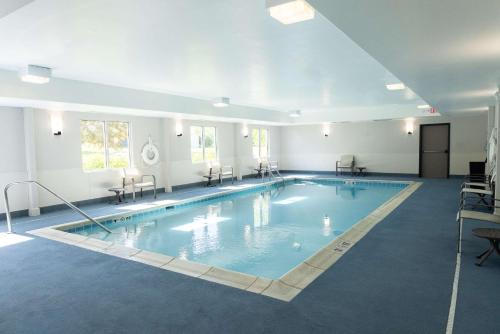 Located close to Interstate 65, Country Inn & Suites by Radisson, Elizabethtown, KY is within walking distance of Schmidt Museum of Coca-Cola Memorabilia. A daily breakfast is offered along with free Wi-Fi. Spacious rooms feature plush bedding and traditional decor.Book now
from $84 per night 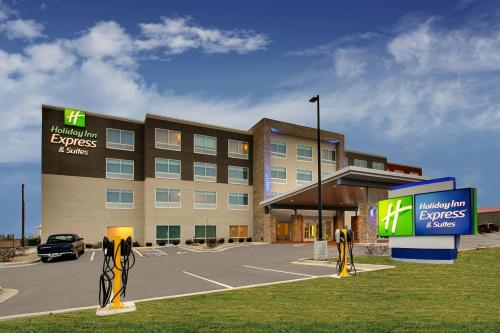 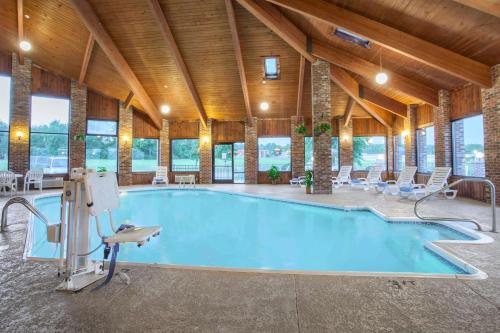 This Glasgow, Kentucky motel is a 40-minute drive to Mammoth Cave National Park. It offers free passes to the YMCA, an indoor pool and rooms with free Wi-Fi.Book now
from $61 per night

See all 2356 accommodations in Kentucky

Holiday homes in Kentucky: Holiday away from the big cities

Kentucky in the east of the USA best lives up to its nickname Bluegrass State in spring, when the wide grass pastures are covered with blue-green flowering plants. Your holiday home in Kentucky is set between densely wooded mountains and wide grasslands typical of this area. Get to know the family side of the USA with our holiday apartments in Kentucky. Book now Accommodation in the USA in this fascinating state!

Between Horse Racing and Whiskey Distilleries – Apartments in Kentucky

Due to the fertile soil and the wealth of coal, which is still an important economic factor today, Kentucky was a sought-after destination for European emigrants very early on. This is also reflected in today’s population figures, as more than 40% of the inhabitants look back on German, Irish or British roots. Most holiday homes in Kentucky are located in the state’s numerous small towns. Real metropolises in the American sense are missing, even the largest city – Louisville – has only 600,000 inhabitants. Today’s capital of Kentucky, Frankfort, founded by German settlers, has only 30,000 inhabitants. Here you can also visit the tomb of Daniel Boones, the historical model of the leather stocking immortalized in literature by James Fenimore Cooper. By the way, if you are lucky enough to live in a private holiday apartment in Kentucky on a clear full moon night, you should definitely take a trip to the Cumberland Falls. In the spray of the 21 metre high waterfall, an impressive moon arch forms that is unrivalled in the world. Probably one of the best arguments for an overnight stay in Kentucky.

The state’s annual cultural highlight is the famous Kentucky Derby in early May. The race has been held in Louisville since 1875 and contributes significantly to the city’s economic upswing and growth. Even the British Queen Elizabeth II travelled to Louisville in 2007 to follow the most important equestrian event in the world. However, you should book your private apartment in Louisville with us in good time. It is not documented whether the queen tasted a glass of Kentucky whiskey on this occasion. In the numerous distilleries 90% of the global demand for bourbon is produced, which gets its special character by burning the hickory barrels intended for storage. A guided tour through one of the numerous distilleries should have a fixed place in your itinerary. A good reason, by the way, to use a private apartment in Kentucky, as public consumption of alcohol is forbidden. At the mouth of the Tennessee River into the Ohio River lies Paducah Book. The small town is named after the Chickasaw chieftain Padukah and for a long time had high strategic importance. Thus the conquest by Ulysses S. Grant on 8 September 1861 also counts to the most important victories of the general in the course of the American civil war. It would be wrong to denigrate holiday homes in Kentucky as a trip to the American province. Here you will find the other side of the United States, often unknown in our latitudes. A place where the traditions of the European immigrants are still cultivated and present everywhere. And all this embedded in numerous natural wonders, which have encouraged many settlers in their decision to build a new existence in this wonderful place. If you want to combine your stay with a trip to neighboring countries, check out our Illinois Accommodations and our Tennessee Apartments.