Well done. Look what authentic hosts in Frankfurt-Messegelande are offering to you on 9flats. 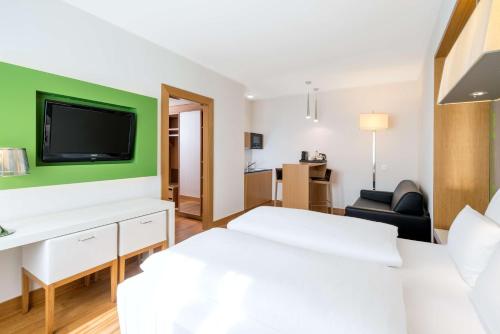 The modern NH Frankfurt Messe is just 100 metres from Frankfurt Trade Fair and the Messe Underground Station. It offers free Wi-Fi, a 24-hour reception and stylish rooms with a flat-screen TV.Book now
from $79 per night

This 4-star hotel offers high-speed Wi-Fi and free use of its top-floor fitness area. It is located beside the Frankfurt Trade Fair, a 2-minute underground ride from Frankfurt Central Station and opposite Skyline Plaza shopping centre.Book now
from $77 per night 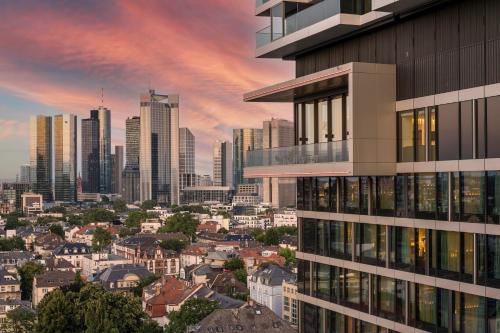 The hotel is opened in June 2021 in Frankfurt/Main, less than 1 km from Messe Frankfurt. Meliá Frankfurt City features a fitness centre, a bar and a spa and wellness centre. Among the facilities of this property are a restaurant, a 24-hour front desk and room service, along with free WiFi throughout the property.Book now
from $79 per night 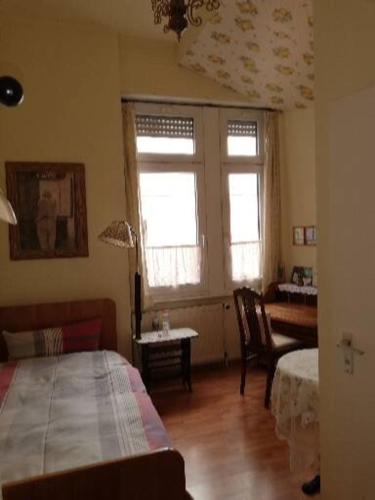 Located in the Bockenheim district of Frankfurt, this family-run guest house enjoys excellent public transport connections, and is just a 5-minute walk away from the Frankfurt trade fair.Book now
from $40 per night

This non-smoking hotel in Frankfurt offers spacious rooms with panoramic views, a 24-hour fitness centre, and underground parking. It stands opposite Frankfurt Messe exhibition grounds, 500 metres from the Festhalle/Messe Underground Station.Book now
from $79 per night 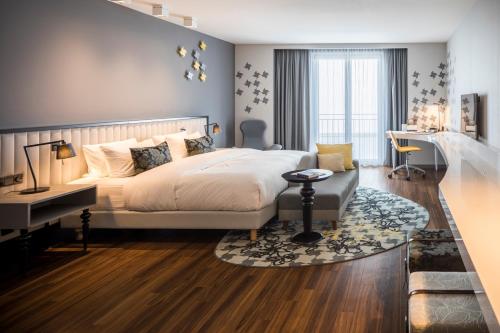 Capri by Fraser, Frankfurt offers brightly decorated apartments and studios in Frankfurt/Main. Guests are invited to relax in the trendy bar in the evenings or check out the free gym on site.Book now
from $69 per night 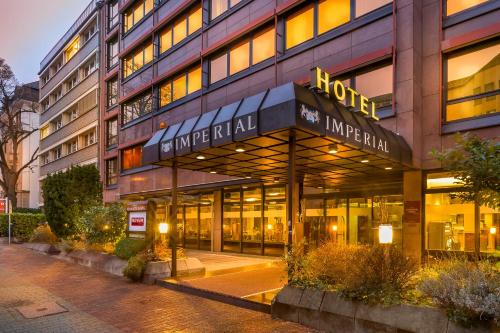 This hotel is located in Frankfurt's Bockenheim district, just a 15-minute walk from the Frankfurt Trade Fair. It offers a 24-hour reception and free Wi-Fi.Book now
from $79 per night 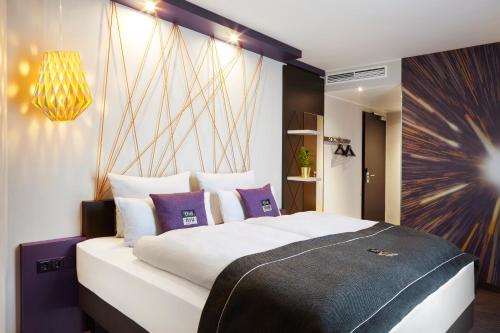 Located in Frankfurt/Main and within 3.2 km of Messe Frankfurt, the niu Air features a bar, allergy-free rooms, and free WiFi throughout the property. The property is set 3.4 km from Senckenberg Natural History Museum, 3.8 km from Frankfurt Central Station and 4.5 km from English Theatre. Private parking is available on site.Book now
from $79 per night 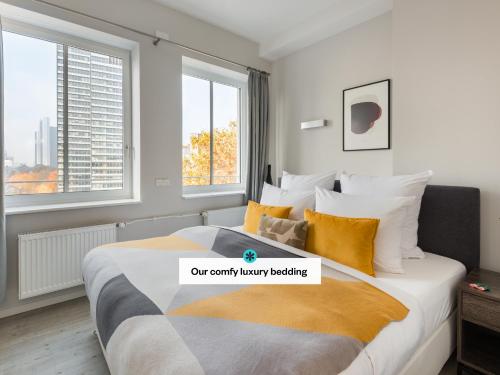 With city views, numa I Blau Apartments is situated in Frankfurt/Main.Book now
from $62 per night 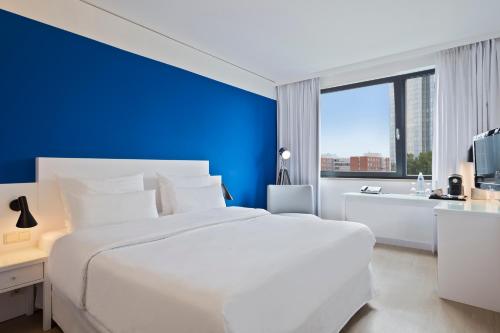 The Hotel Frankfurt Messe managed by Meliá is located in the City West district of Frankfurt. The Frankfurt Trade Fair is a 5-minute drive away. Free WiFi is featured throughout the property.Book now
from $79 per night

Located in Frankfurt/Main, 200 metres from Messe Frankfurt, nhow Frankfurt provides accommodation with a restaurant, private parking, a fitness centre and a bar. Featuring family rooms, this property also provides guests with a terrace. The accommodation features a 24-hour front desk, room service and currency exchange for guests.Book now
from $79 per night

See all 70 accommodations in Frankfurt-Messegelande

Living directly at the exhibition grounds: Apartments near Messe Frankfurt

Frankfurt has been an important trading location since the Middle Ages, and this economic significance, which continues to this day, is due not least to the city’s favourable location on the Main. Moreover, important roads connected Frankfurt with cities throughout Central Europe at an early stage, so that the first trade fair-like events in Frankfurt can be traced back to the 12th century. In the 14th century, the annual Frankfurt Autumn and Spring Fairs were among the most important events in Europe; the Frankfurt Book Fair has also been held not far from your apartment near the Messe Frankfurt since 1485. The exhibition grounds in their present form were largely built in the 1980s, while the oldest building, the Festhalle, was completed in 1909. You should also use your private accommodation near Messe Frankfurt to visit the impressive domed building when you are not at the fair. With a height of 40 metres and a magnificent neo-baroque façade, the Festhalle is one of the most important buildings of late historicism.

Your apartment close to the Messe Frankfurt is located northwest of the city center, only a few kilometers from the main train station and the city center. As the most important venue of the city, the trade fair is directly connected to the main station and the city centre via the underground line U4, so that you can reach sights like the Frankfurt Cathedral, the Römer or the Alte Oper from your holiday apartment in Frankfurt am Main in a few minutes. Several S-Bahn lines also connect your private accommodation near the Frankfurt Trade Fair Centre via Frankfurt (Main) West Station with destinations in the surrounding area, including Darmstadt, the climatic health resort of Kronberg im Taunus and the small town of Friedberg 30 kilometres north of Frankfurt. In its medieval old town you can discover architectural treasures such as the Gothic town church, the medieval Jewish bath or the former Imperial Castle. For more accommodation in the immediate vicinity of the Frankfurt exhibition grounds, please contact us for information about other private holiday apartments in Bockenheim, Frankfurt. Bockenheim covers a large part of the exhibition grounds and, as the most populous district of Frankfurt, offers you everything you need during your stay – from the shops, restaurants and pubs on Leipziger Straße to the weekly market on the medieval Bockenheimer Warte, the district’s landmark.

Latest reviews for places in Frankfurt-Messegelande