Well done. Look what authentic hosts in Manchester are offering to you on 9flats. 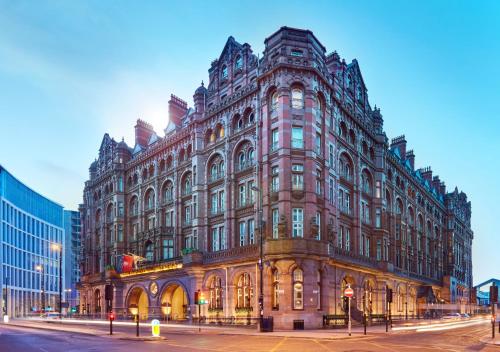 The Midland is an award-winning, 4-star luxury hotel with a spa in Manchester city centre. It offers stylish, air-conditioned rooms with free WiFi. The spa facilities are available for an extra charge.Book now
from $121 per night 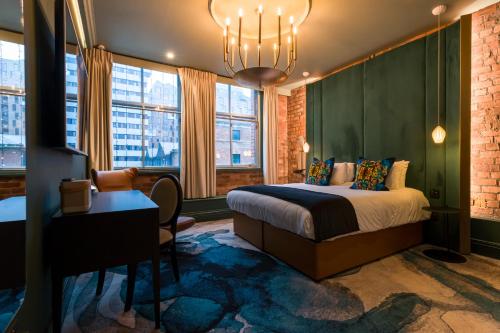 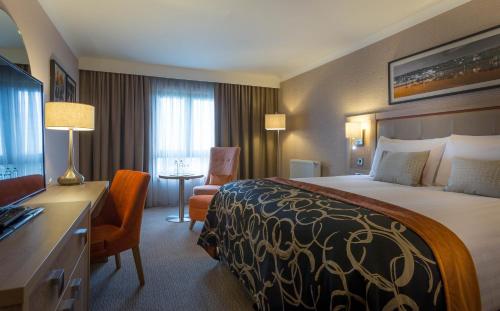 Ideally located next to Manchester Airport, just a few hundred metres from terminals 1 and 3, this hotel offers a 24-hour free shuttle service, long-stay parking, and modern rooms with free WiFi.Book now
from $83 per night 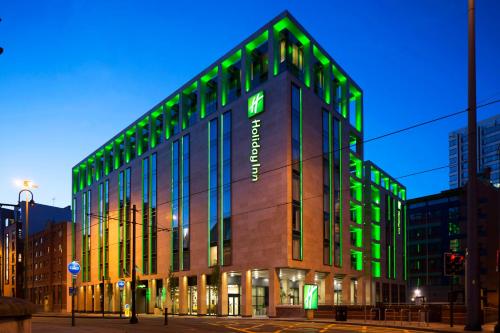 Offering a terrace, fitness centre and 12 meeting rooms, Holiday Inn Manchester - City Centre is set in the heart of Manchester, opposite Piccadilly Train Station. Free WiFi is available in all areas, including in the on-site restaurant.Book now
from $49 per night 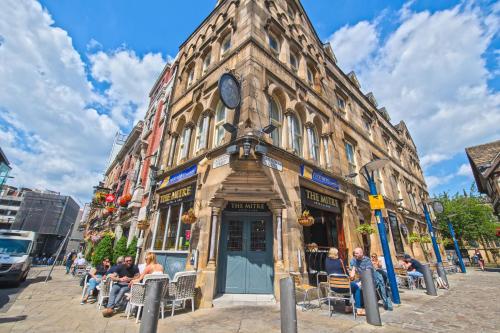 Built at the foot of Manchester Cathedral in 1815, the Mitre is one of the oldest hotels in Manchester city centre. It has a restaurant and bar and provides free Wi-Fi in public areas.Book now
from $84 per night 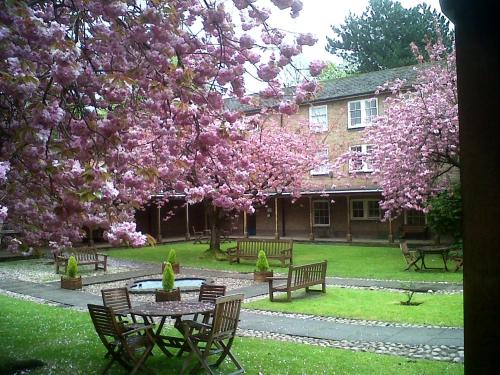 In a tree-lined suburb, this college and conference venue has free WiFi in public areas, good breakfasts and free parking. The property is set in 2 acres of landscaped gardens yet Manchester city centre is just 2 miles away.Book now
from $84 per night 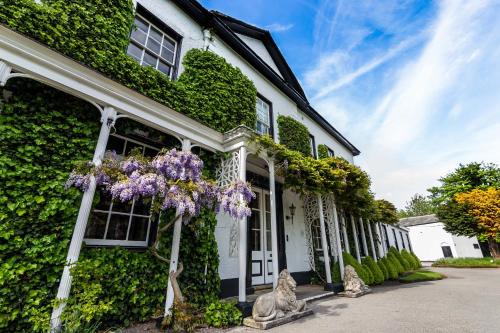 Nestled amid beautifully landscaped gardens in the Cheshire town of Warrington, this Georgian manor house boasts an idyllic setting surrounded by country fields, yet with excellent road network links.Book now
from $84 per night 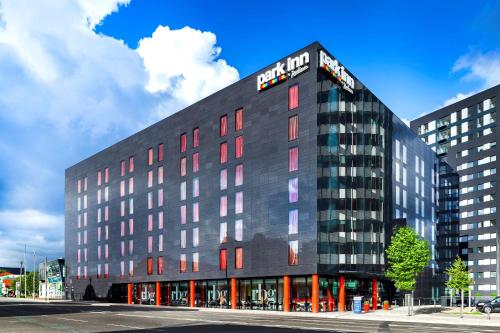 This modern, 4-star hotel is opposite the AO Arena and Manchester Victoria Rail Station. The property offers a fantastic swimming pool, a gym, and rooms with LCD satellite TVs.Book now
from $55 per night 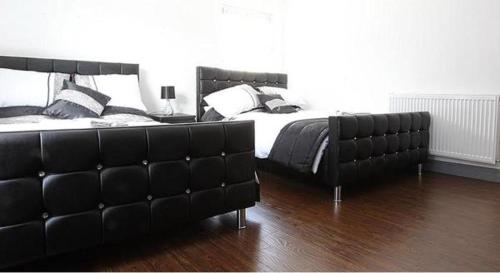 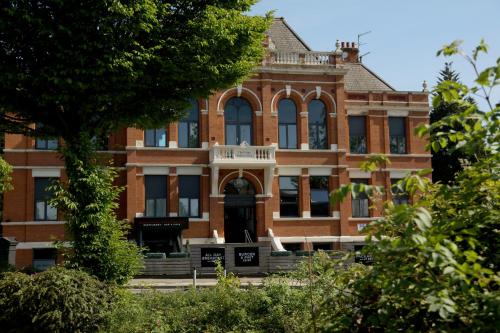 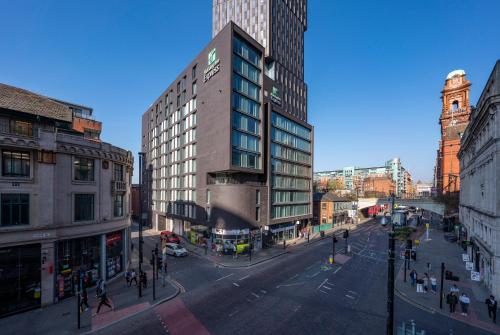 Situated next to the University Of Manchester, the Holiday Inn Express Manchester is a 5-minute walk from Oxford Road Train Station. Rooms feature a powerful shower, WiFi, and an LCD TV.Book now
from $30 per night 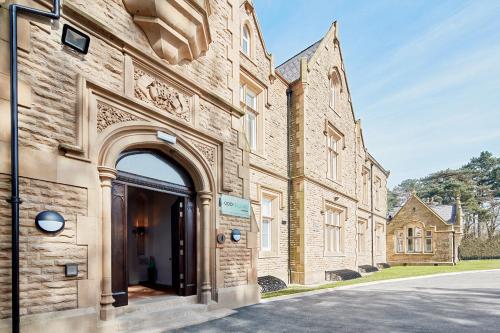 Oddfellows On The Park

Oddfellows On The Park in Cheadle has 5-star accommodation with a bar, a garden and a terrace. Among the facilities of this property are a restaurant, a 24-hour front desk and room service, along with free WiFi. The hotel features family rooms.Book now
from $84 per night

See all 1116 accommodations in Manchester

Manchester is England’s third largest city and a regional capital for arts and the media. Located in the north west of the country, the wider area of Greater Manchester has a population of more than 2.5 million. Manchester grew up on the back of the textiles industry during the 19th century – a time when this part of England was the world’s largest producer of cotton. Modern-day Manchester is a vibrant, diverse and relatively affluent city, but it still retains a special identity that many cities and towns in northern England have. Rent a holiday apartment in Manchester, and you could sample that special northern way of life for yourself.

Manchester has a vibrant night-life that is renowned throughout the country. Chinatown is always a hive of activity; its bars and Chinese restaurants are always packed to the rafters. The area that is referred to as Canal Street is also referred to as the ‘Gay Village’. This district of the city was one of the world’s first openly gay areas, but its bars, night-clubs and restaurants are welcoming to anyone. Make sure you visit the area during August, as the Village comes alive during the Gay Pride Festival. If you like a curry, head on over to Rusholme, where the ‘Curry Mile’ hosts a plethora of Asian eateries. Manchester’s legendary nightspots will take their toll, so it’s important to have a comfortable base in which to recharge your batteries. A holiday apartment in Deansgate will provide you with luxury and privacy that isn’t possible in a hotel.

Live Side-by-Side Hotel with Locals in Accommodation in Manchester

If you’re more concerned with Manchester’s long and illustrious history, there are plenty of sights to explore. Castlefield stands of the site of an ancient Roman settlement that used to go by the name of Mamucium. Its structures stretch back to Medieval times, and some of its walls still stand at over 2 metres. Manchester’s connection to the Industrial Revolution can be explored in the Museum of Science and Industry. Across the road on Oxford Street, stands the University of Manchester. It was in this educational facility that Rutherford first identified the atom, and it was also the location of the world’s first computer. The widest Cathedral in England can be found in the Millennium Quarter. Manchester Cathedral includes a fascinating visitor centre that charts this stunning building’s history. Manchester deserves your full attention, and by staying in your own, private holiday home, you will be able to see a side to the city that just isn’t possible when staying in a hotel.

Couchsurfing in Manchester with the Element of Luxury

Whether you’re in search of holiday accommodation in Birmingham or vacation homes in Mexico City, staying in a local, residential neighbourhood will give you a different perspective on travel. The couchsurfing phenomenon is a great way of doing this at an affordable price. Booking with 9flats is similar, but it gives you the chance to rent your own private and luxurious holiday residence without the need to share it with complete strangers.

Latest reviews for places in Manchester