Well done. Look what authentic hosts in Castiglione del Lago are offering to you on 9flats. 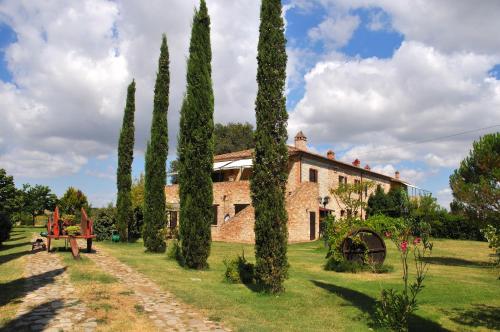 Boasting a swimming pool, a restaurant, a garden and views of the garden, Casale Baldelli Locanda is situated in Castiglione del Lago and features accommodation with free WiFi.Book now
from $83 per night 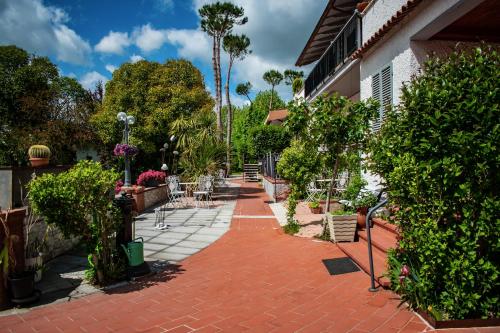 Residence Al Lago is just 100 metres from Lake Trasimeno and 250 metres from Castiglione del Lago's historic centre. The residence features a large garden with swimming pool.Book now
from $83 per night 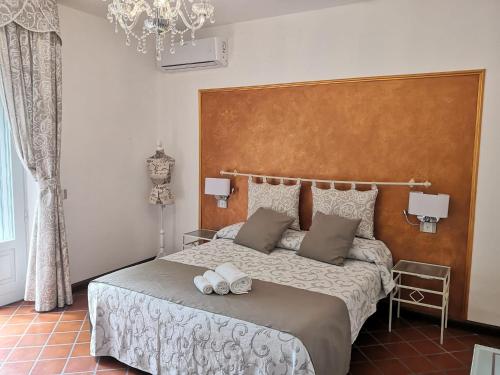 Offering a terrace and views of the lake, Il Torrione is situated in the centre of Castiglione del Lago.Book now
from $83 per night 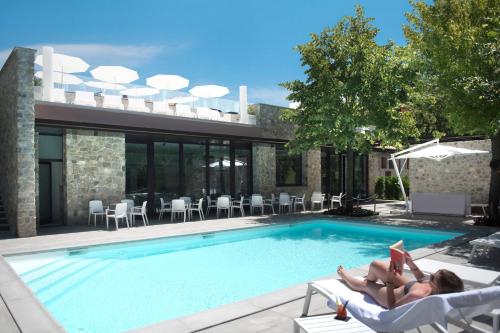 Isola Verde Resort has a restaurant, seasonal outdoor swimming pool, a bar and shared lounge in Castiglione del Lago. Among the various facilities of this property are a garden and a terrace. The accommodation offers evening entertainment and room service.Book now
from $10 per night 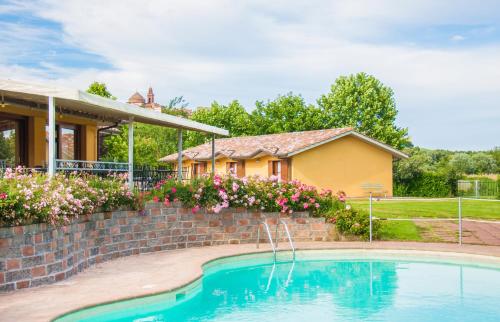 Set in its garden with furnished patio and surrounded by the countryside, Le Macerine offers free WiFi throughout and a free swimming pool. Located a 3-minute walk from Lake Trasimeno’s shores, it has large en-suite rooms with air conditioning.Book now
from $83 per night 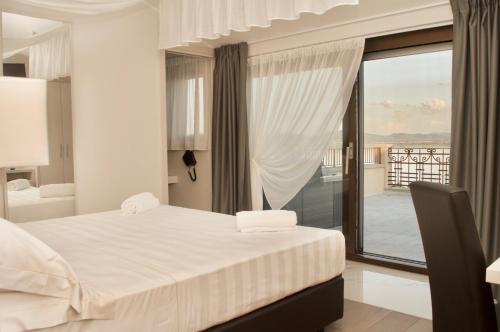 Set in Castiglione del Lago, Hotel Boutique Castiglione del Lago offers a terrace. Among the facilities at this property are room service and a shared lounge, along with free WiFi throughout the property. The hotel has a fax machine and photocopier and an ATM machine that guests can use.Book now
from $51 per night 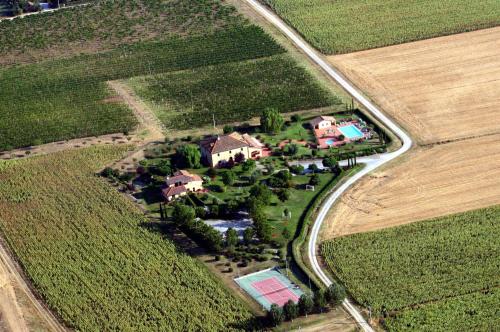 Set in the countryside 3 km from Castiglione del Lago and its lake, Agriturismo Verbena features free Wi-Fi and classic-style apartments located in 2 independent buildings. Oil and wine are produced on site.Book now
from $83 per night 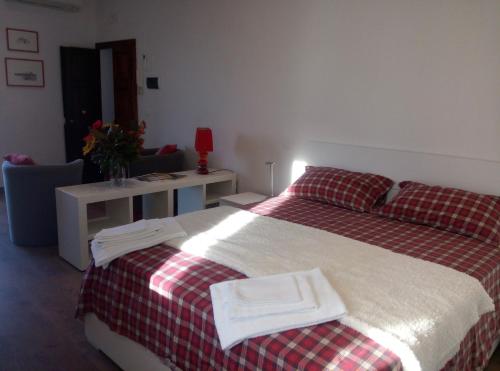 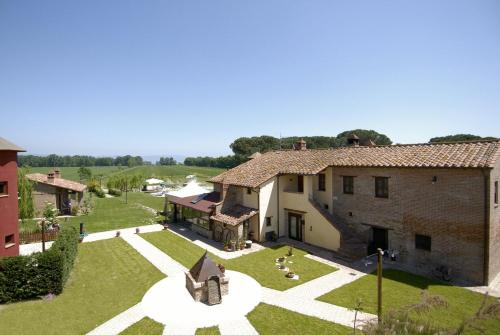 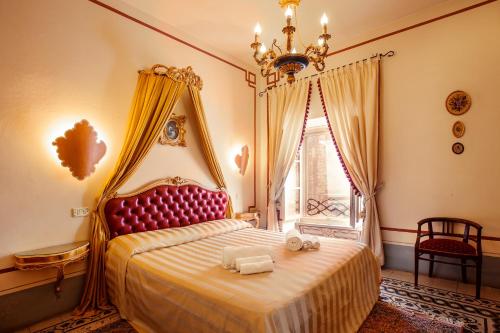 Set in the heart of Castiglione Del Lago, Palazzo Barbini is 5 minutes' walk from shore of Lake Trasimeno. It offers cosy accommodation featuring lounges with frescoes or fireplaces. Wi-Fi is free.Book now
from $80 per night 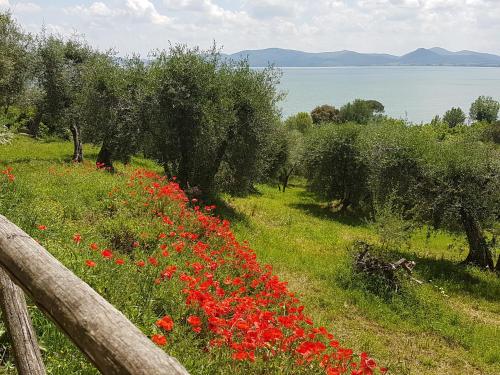 Located in Castiglione del Lago, Antica casa di famiglia features a shared lounge, terrace and free WiFi throughout the property. The guest house has family rooms.Book now
from $10 per night 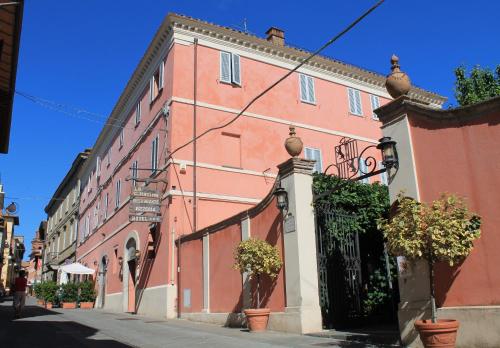 Hotel Aganoor is in Castiglione del Lago historic centre, overlooking Lake Trasimeno and walking distance of the town’s castle. It offers a restaurant, and a terrace with panoramic lake views.Book now
from $57 per night

The small town of Castiglione del Lago is located on the shores of Lake Trasimeno, in the Italian region of Umbria. Here is one of the oldest cultural landscapes in Europe, which you can discover from a private apartment in Castiglione del Lago. You will be accompanied by some of the best Italian wines.

Castiglione del Lago is located on a small peninsula that rises far into the Trasimeno Lake. Originally, it was a fully-fledged island, but it formed a land bridge to the mainland when the water level dropped in the Middle Ages. Already centuries before, Etruscans settled here and built an important centre on piles. Castiglione del Lago was fought over for centuries, until today the fortress built in 1247 by Frederick II testifies to the changeable past. For a long time it was considered impregnable and had the monopoly to use the lake water to irrigate the surrounding agricultural land. Today, the town, with its well-preserved fortress, is an important tourist centre and is famous for its range of water sports. Couchsurfing in Castiglione del Lago is not very common. However, you will find some private accommodations in Petrignano. Although only about 200 inhabitants have settled here, Petrignano is considered to be the sacral center on Lake Trasimeno. The largest of a total of three churches, the Chiesa dei Sant’Ansano, was built in the 14th century and once served to protect the population from attacking troops. Except for a few openings directly below the roof structure, windows have been completely omitted, further emphasising the fortified character of the building. Inside, you will find important works by the Florentine sculptor Della Robbia, such as the well-known representation “Madonna with Child”. A little bigger is Sanfatucchio. The surroundings are rich in archaeological excavation sites. Here you will find mainly Etruscan and Roman tombs, which indicate a settlement since antiquity. Worth seeing is the Chiesa di Santa Maria delle Grazie, built in the 16th century. One of the best restaurants is the Trattoria Fratelli d’Italia, located directly on the central square of Sanfatucchio. Book now your Apartment in Sanfatucchio or another part of town.

On your way south you pass Perugia and finally reach the medieval town of Bevagna. An accommodation in Bevagna is certainly not the worst idea. The surroundings are rich in vineyards, where the typical fruity red wines of Central Italy are pressed. One of the most beautiful squares in Umbria is Piazza F. Silvestrie in the centre of Bevagna, which is dominated by Romanesque-style buildings. The former city wall is completely preserved and at the same time the actual landmark of the city. It surrounds the entire old town and replaced the ramparts already erected under the Roman ruler Pliny. One of the oldest buildings is the Palazzo dei Consoli, built in the 13th century, which today houses the local Teatro F. Torti. From Bevagna there is a fast connection to Ancona. There are numerous ferries anchoring here that will take you comfortably to Croatia. For example, book a private accommodation in Zadar. The city lies on a promontory in the Adriatic Sea and has been fiercely contested for centuries due to its strategic importance. The well-preserved old town is characterized by Venetian influences and is protected by four mighty gates, a reminder of the eventful past. In 2005 Nikola Basic built a so-called sea organ near the harbour. The natural waves of the Adriatic press air into organ pipes, which produce different tones depending on the weather and wind strength. The judgement of the visitors varies from romantic to bizarre.