Well done. Look what authentic hosts in Lucerne are offering to you on 9flats. 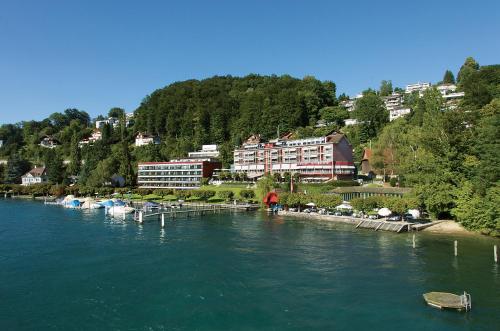 The HERMITAGE Lake Lucerne is tranquilly situated within its own grounds on the shores of Lake Lucerne, only 4 km away from the city centre with beautiful views of the landscape.Book now
from $79 per night 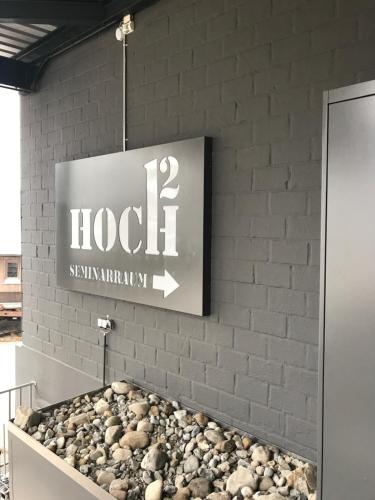 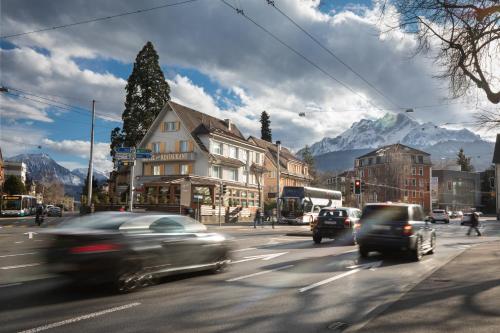 Situated on the edge of Luzern and just a 5-minute bus drive from the centre, Hotel Spatz offers rooms with free Wi-Fi. The hotel’s own restaurant serves Swiss specialities made with local products. You can also sample different international wines on site.Book now
from $79 per night 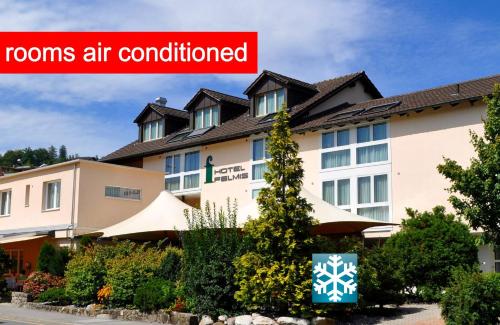 Located 4 km outside of Lucerne’s town centre, the Felmis offers a restaurant with 2 terraces, free Wi-Fi and free parking. Lake Lucerne is just a 20-minute walk away.Book now
from $107 per night 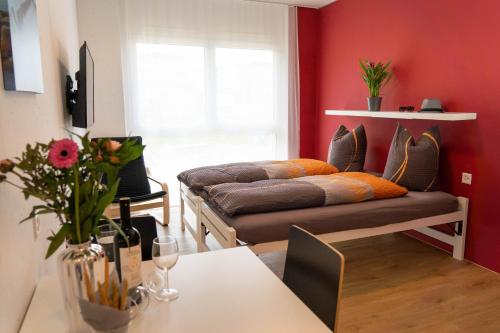 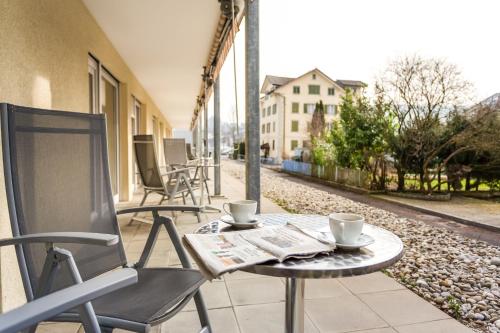 Located within 4.2 km of Lucerne Station and 4.4 km of Lion Monument in Luzern, Anstatthotel Luzern - contactless check-in provides accommodation with seating area. Complimentary WiFi is featured throughout the property and private parking is available on site.Book now
from $55 per night 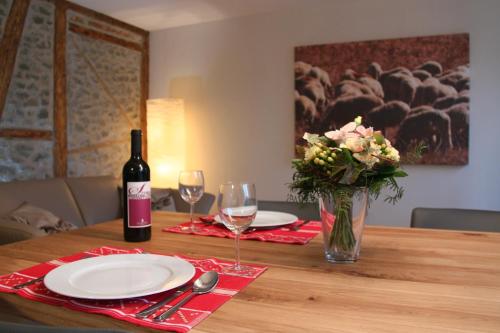 Located in Luzern, within 2 km from the Chapel Bridge and the Lion Monument, Easy-Living Apartments Lindenstrasse 21 offer free WiFi.Book now
from $129 per night 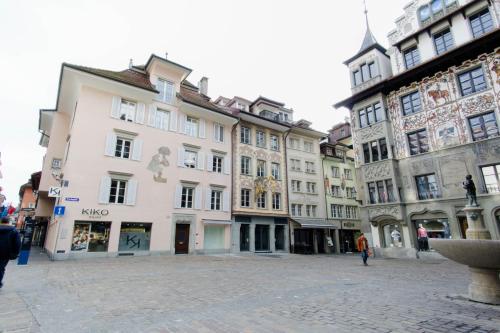 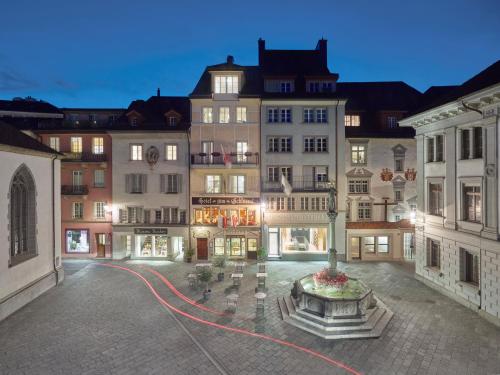 Dating from 1545, the 3-star boutique Boutique Hotel Schlüssel seit 1545 is a renovated historic property offering en-suite accommodation in the Old Town of Lucerne, just a 10-minute stroll from the train station and ferry terminal. Free WiFi is available throughout the property.Book now
from $212 per night 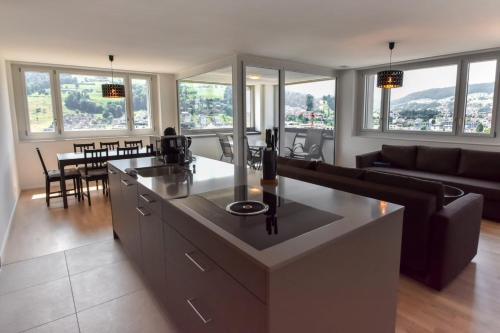 Dream View Apt With Homecinema Netflix & Loggia is situated in the Kriens district of Luzern, 3.2 km from Lucerne Station, 3.5 km from KKL Culture and Convention Centre Lucerne and 4 km from Chapel Bridge. This property offers access to a balcony, free private parking and free WiFi.Book now
from $130 per night 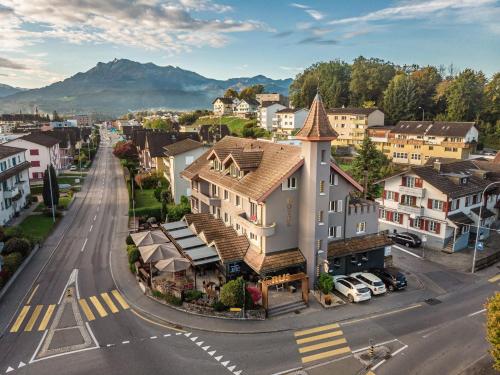 Situated on the edge of Emmen, a 9-minute drive from the centre of Lucerne, feRUS Hotel offers stylish rooms in a former factory building. Free WiFi is provided throughout the hotel, and the on-site restaurant serves American dishes and grill specialities.Book now
from $79 per night 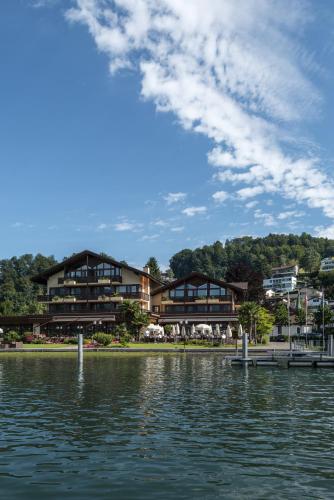 The Seehotel Sternen is located in the heart of central Switzerland, right by the banks of Lake Lucerne in the picturesque Horw Bay, only a 5-minute drive from Lucerne.Book now
from $79 per night

See all 252 accommodations in Lucerne

Hardly any other country in Europe has as much to offer as Switzerland as a holiday destination. Rent an apartment in Lucerne with us, and you have an ideal starting point to get to know this beautiful alpine republic. Our private accommodations offer you more than just couchsurfing in Lucerne, because you live in your own four walls for a limited time.

An apartment in Lucerne – living between mountain and lake!

Lucerne is the capital of the Central Swiss canton of the same name. The city with its approximately 75,000 inhabitants is embedded in a typical Swiss landscape: it is surrounded by a magnificent mountain panorama on the shores of Lake Lucerne. Lucerne itself is an attractive city break destination, and the surrounding area invites you to take numerous excursions into nature. The town nestles on the north-western shore of the lake and is cut through by the course of the Reuss, which flows into the lake here below the old town. The townscape is dominated by the medieval Chapel Bridge, which with its gable paintings and water tower is considered one of the oldest covered wooden bridges in Europe. The car-free old town is adorned with historic houses and picturesque squares. Further sights are the Jesuit church, the oldest baroque church in Switzerland, the rampart of the Musegg wall and houses like the richly decorated half-timbered building of the Anderallmend house on the barracks square. Modernity has also long since made its way into Lucerne: The futuristic Culture and Congress Centre designed by star architect Jean Nouvel is an outstanding building of the modern age. All this is just a few steps away from your private accommodation in Lucerne. And: The city is famous for its outstanding festivals and celebrations. The Lucerne Blues Festival is considered one of the most important events of its kind in the world and the Rose d’Or is the largest TV festival in the world. As part of the Blue Balls Festival in July, blues, rock, soul and pop concerts take place around Lucerne’s Bay of Lucerne for nine days – in the open air and on various indoor stages.

The city is also the starting point for several classic Swiss excursion destinations. A must is a trip up one of Lucerne’s local mountains, e.g. Mount Pilatus or the Rigi, the Queen of the Mountains. A detour to the Stanserhorn, the Bürgenstock or a steamboat trip on the ramified Lake Lucerne is also worthwhile. Five historic paddle steamers operate a regular service across the lake, which has a shoreline length of over 160 kilometres. The Wilhelm Tell Express, starting in Lucerne, takes you across Lake Lucerne to the foot of the Gotthard Pass and on by train to the Mediterranean Ticino. The “Cherry Road” leads from Lucerne through a landscape of cherry trees and cherry water. All this is on the doorstep of your private holiday apartment in Lucerne. For example Apartments in Wesemlin, a city district on the right bank of Lake Lucerne. You have a weakness for holidays between mountain and lake? Then choose one of our Apartments in Geneva. Or you can try your luck in Italy – e.g. with our private accommodation in Brenzone. You would rather visit the biggest city in Switzerland? Then secure a holiday apartment in Zurich now!

Allmend
Gutsch
Wesemlin
close
Cookies help us deliver our services. By using our services, you agree to our use of cookies.