Well done. Look what authentic hosts in Berlin-Halensee are offering to you on 9flats. 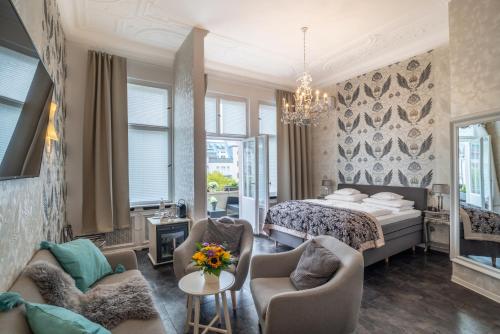 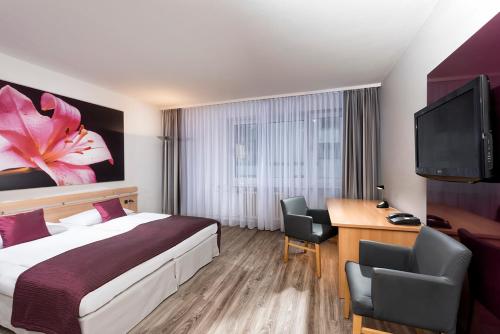 A 5-minute walk from the Kurfürstendamm shopping street, this hotel in central Berlin offers spacious rooms with soundproofed windows. A large hot/cold breakfast buffet is available from 06:00 until 11:00.Book now
from $87 per night 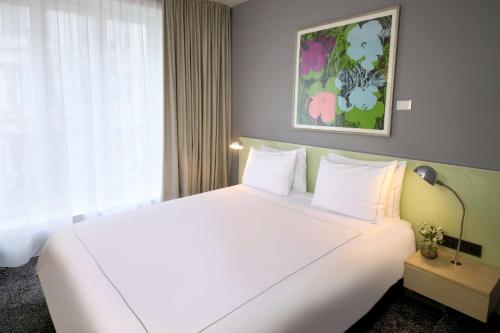 Rooms with an international restaurant and free Wi-Fi are offered at this design hotel in Berlin’s trendy Charlottenburg district. It is just 300 metres from the Kurfürstendamm shopping stree with its boutiques and designer stores.Book now
from $55 per night 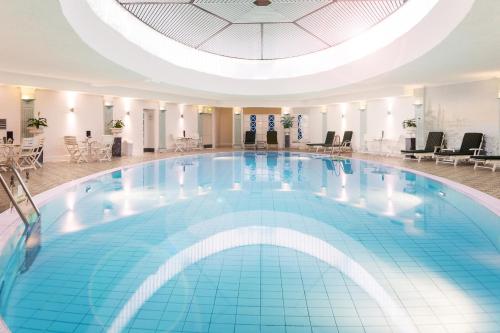 Hotel Bristol Berlin is a vibrant, legendary hotel located directly on the famous Kurfürstendamm boulevard, opening its doors in 1952. The hotel offers complimentary WiFi throughout the premises and there is a nearby underground parking garage.Book now
from $75 per night 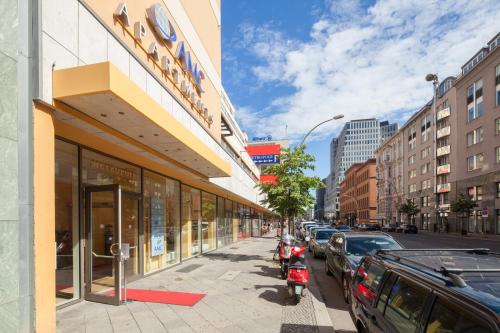 Located in Berlin’s Charlottenburg district, this hotel is just a short walk from the Kurfürstendamm shopping street. It features apartments with fully equipped kitchens and free WiFi.Book now
from $65 per night 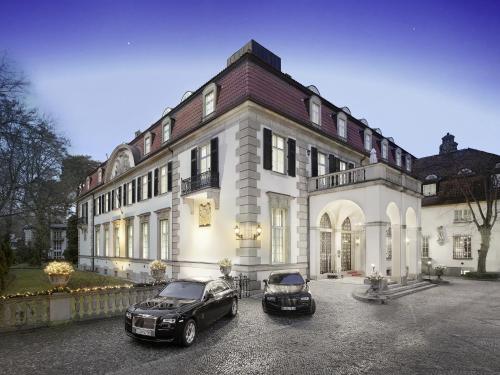 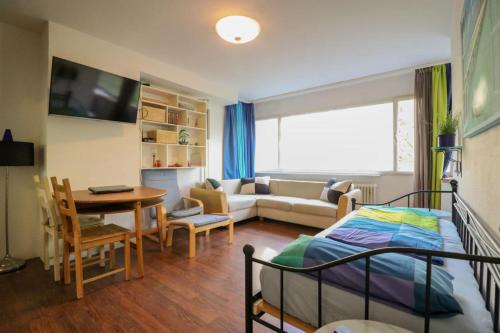 This 2-room apartment is located in Berlin’s Charlottenburg-Wilmersdorf district, 160 metres from Güntzelstrasse Underground Station. It features 2 flat-screen TVs with DVD players and a fully equipped kitchenette.Book now
from $87 per night 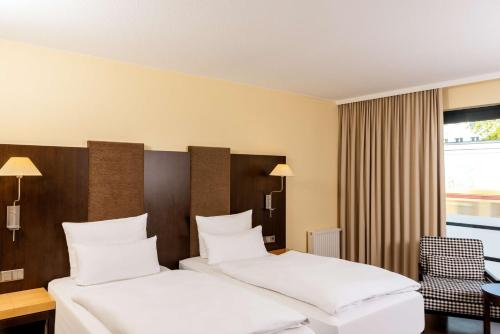 This 4-star hotel is 200 metres from Berlin's Kurfürstendamm shopping street, a 4-minute walk from Uhlandstraße Underground Station. It offers a 24-hour reception, free Wi-Fi, and modern rooms with a flat-screen TV.Book now
from $67 per night 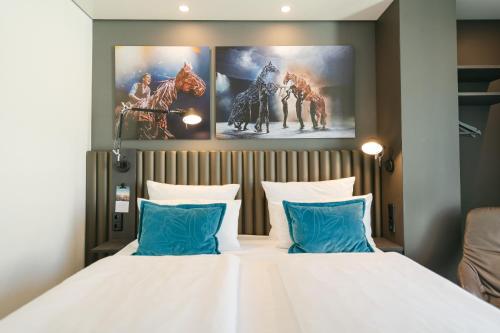 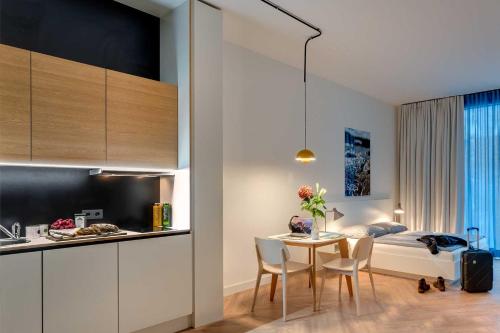 Located within 400 metres of Zoologischer Garten underground station and less than 1 km of Kurfürstendamm in the centre of Berlin, SMARTments business Berlin City West provides accommodation with free WiFi.Book now
from $64 per night 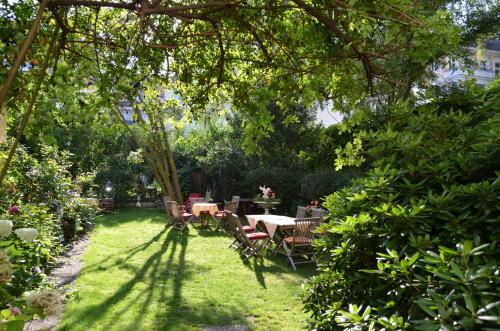 This literary-themed hotel offers free WiFi. It stands in Berlin’s elegant Friedenau district, a 10-minute drive from Tegel Airport and a 10-minute train ride from Potsdamer Platz.Book now
from $125 per night 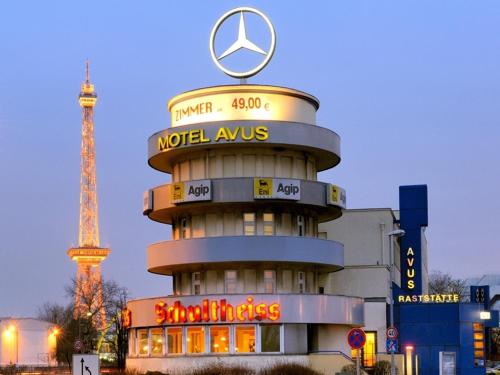 This motel is conveniently situated at the junction of the A100 and A115 motorways, directly opposite Berlin’s ICC Exhibition Grounds. The AVUS offers 24-hour check-in and free on-site parking.Book now
from $87 per night

See all 240 accommodations in Berlin-Halensee

The picturesque locality of Halensee is part of the Charlottenburg-Wilmersdorf district of Berlin. It is predominantly a relatively affluent residential area that features a dazzling array of impressive architecture, immaculate streets and typically German charm. Compared with the rest of Berlin, Halensee is a very quiet area, so it is perfect for people who want a little respite from the hustle and bustle of city life. The area is not blessed with a great deal of traditional holiday accommodation, but a charming vacation apartment in Halensee booked through the 9flats website will open up a new world that is hard to uncover whilst staying in a hotel.

If you’re a fan of both modern and classical architecture, a trip to Helensee will certainly keep you occupied. A number of modern office developments were built in the area during the 1990s by prominent architects such as Hilde Leon, Konrad Wohlhage and Helmut Jahn. In compete contrast, the beautiful Grand Master’s Church in Westphalia is a more traditional building that suffered severe damage during the bombing raids of the Second World War. And a short walk will take you to the breathtaking Reichstag Building – the Parliament building of the Federal Republic of Germany. It stands to reason that staying in this wonderful part of Berlin is best done by renting a private apartment in Berlin. You will not only get the opportunity to stay in one of the area’s beautiful buildings, you will get the chance to enjoy all the trappings of modern life you left at home.

Secluded Apartments in Halensee at the Heart of the Local Community

The iconic Siegessäule is known throughout the world as the Victory Column, and it is only a short walk away from Halensee. The column features a golden angel which was originally erected to commemorate victory in the Prussian-Danish war. If you’re an art-lover, you should clear a space in your holiday schedule to visit the Berggruen Museum, as it features a hugely impressive collection of works from artists such as Picasso, Matisse and Giacometti. The region’s love of art is also demonstrated at the nearby Brohan Museum; which houses a selection of works from the Art Deco period. This middle-class area of Berlin has an ambience all of its own, and the best way to full appreciate it is to live amongst the locals. Renting vacation rentals in Wilmersdorf puts you right at the heart of the local residential neighbourhood. You can immerse yourself in the local way of life, and live side-by-side with real Berliners.

9flats.com allows you to immerse yourself in the city’s culture, but it takes the idea one step further by giving you the opportunity to live in your own private, luxurious home – away from the crowds of tourists that descend on the city every year.

Latest reviews for places in Berlin-Halensee