Well done. Look what authentic hosts in Leskovac Hrvatski are offering to you on 9flats. 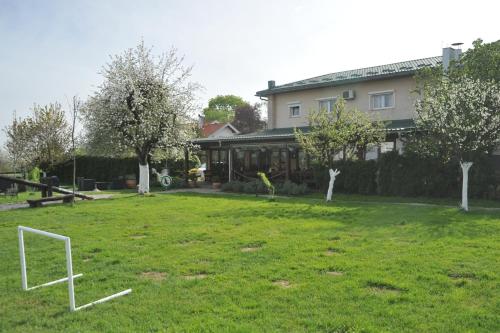 Set in Hrvatski Leskovac, Klet Cinkuš offers a restaurant and free WiFi.Book now
from $32 per night 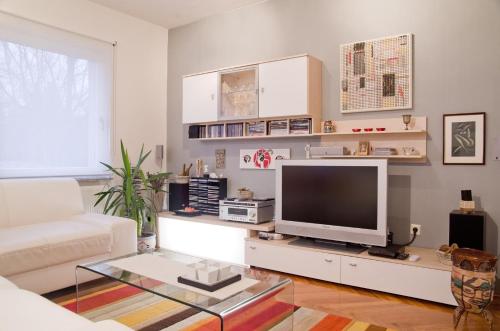 See all 2 accommodations in Leskovac Hrvatski

Hrvatski Leskovac is a small village in Croatia, located within the metropolitan area of the city of Zagreb. With less than three thousand residents, it is a quiet, tranquil base from which to explore the many places of interest in Zagreb itself. The fact that the 9flats holiday apartments in Hrvatski Leskovac are situated in residential areas means that your holiday will be a more intimate experience, giving you the chance to socialise with the locals and make new friends along the way. This is very similar to couchsurfing in Hrvatski Leskovac. However, the main advantage with renting an apartment from 9flats is the higher standard of comfort you will enjoy, not to mention a much greater degree of privacy.

As it is in such close proximity to the centre of Zagreb, Hrvatski Leskovac is ideally situated for experiencing the vibrant atmosphere of Croatia’s capital city. Zagreb is an eclectic, often quirky, mix of historic splendour and unusual museums. History enthusiasts are sure to delight in visiting the Church of St Mark, a thirteenth century building displaying colourful and rather unusual architecture. The cobbled streets around the church are lined with other historic buildings, many featuring white walls similar to that of St Mark’s. The quirky, modern side of Zagreb is represented by some of the most unique museums to be found anywhere in Europe. At the Museum of Blindness, visitors are given a white stick and asked to negotiate a darkened room. Similarly bizarre is the Museum of Hunting, crammed full of stuffed beasts and furniture made entirely from antlers. In addition to the village of Hrvatski Leskovac, 9lfats has holiday accommodation available in many other areas of Zagreb and beyond. The holiday apartments in Zagreb put you right in the heart of the city itself. Holiday apartments in Trnje are in the residential south of the city.

Transport in the city of Zagreb is highly efficient and is comprised mainly of trams and buses, in addition to many taxis. The historic part of the city is home to a cliff railway which is a major tourist attraction. A rail network links Zagreb to many other towns and cities throughout Croatia. As the holiday apartments in Hrvatski Leskovac are in such close proximity to the centre of Zagreb, access to the city and all of its attractions is fairly straightforward.

Rent Holiday Apartments all over the World