Well done. Look what authentic hosts in Kassel-Kassel-Wahlershausen are offering to you on 9flats. 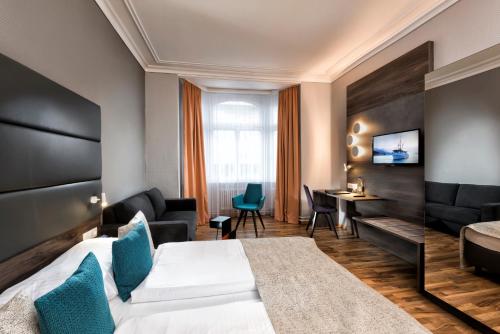 Best Western Hotel Kurfürst Wilhelm I. is a comfortable city hotel located in the city centre. Dating back to the early 20th century, the boutique hotel features modern interiors and contemporary equipped rooms.Book now
from $81 per night 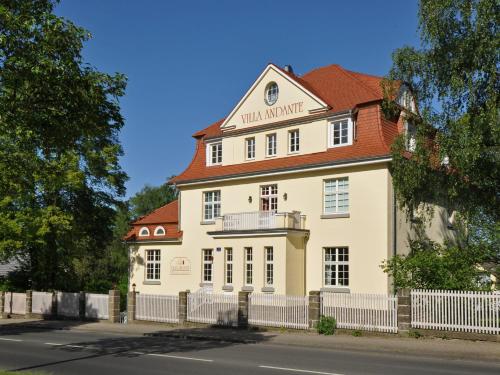 Dating from 1900, this stylish villa offers modern suites and apartments with a kitchenette. Villa Andante Apartmenthotel is 2 km from Wilhelmshöhe Castle and a 10-minute drive from Kassel city centre.Book now
from $73 per night 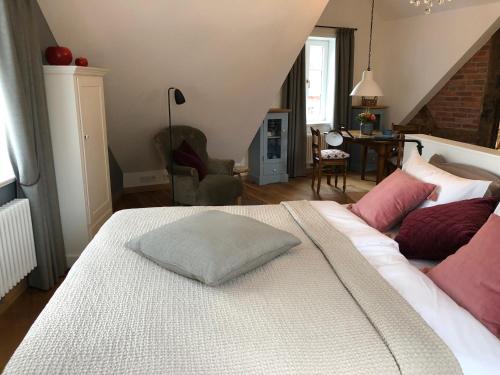 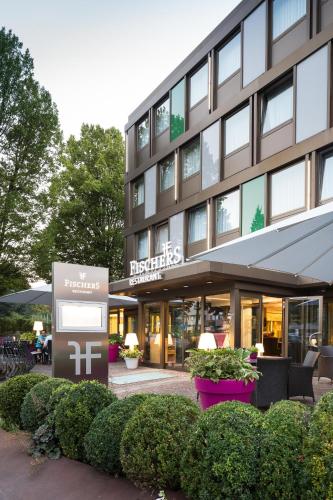 This hotel lies just a 10-minute car journey from Kassel’s centre, only a 20-minute walk from Schloss Wilhelmshöhe castle and its extensive parkland, home to the impressive Hercules monument.Book now
from $83 per night 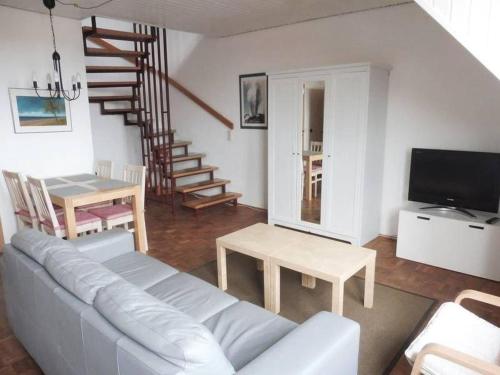 Offering free WiFi and garden views, Ferienwohnung Wessels is an accommodation situated in Kassel, just 2 km from Bergpark Wilhelmshoehe and less than 1 km from Kurhessen Therme. The property is 4.1 km from Eissporthalle Kassel and 5 km from Königsplatz Kassel.Book now
from $62 per night 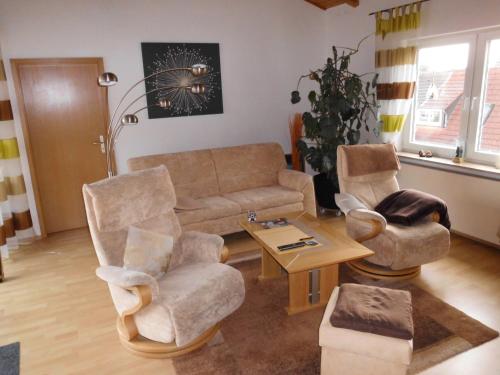 Grosse, helle und moderne Wohnung is set in the Suesterfeld-Helleboehn district of Kassel, 5 km from Bergpark Wilhelmshoehe, 5 km from Museum Brothers Grimm and 3.5 km from Kurhessen Therme. This property offers access to a balcony, free private parking and free WiFi.Book now
from $28 per night 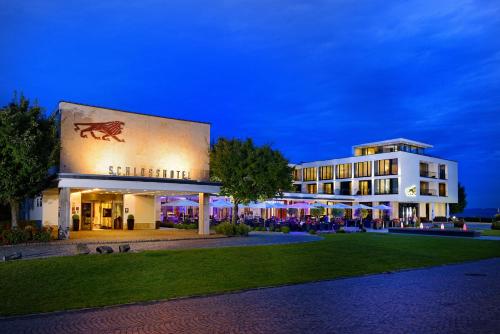 Enjoying a unique location in the heart of the UNESCO World Heritage Site, this 4-star Superior hotel offers great views of Kassel. Schlosshotel Kassel also has a luxury spa.Book now
from $104 per night 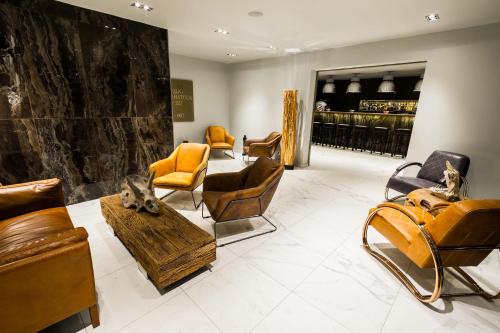 Set in Kassel, in a building dating from 2017, 1.7 km from Bergpark Wilhelmshoehe, MountainPark Event & Tagungshotel features guestrooms with free WiFi. Built in 2017, the property is within 7 km of Museum Brothers Grimm. The property is 1.7 km from Wilhelmshöhe Palace.Book now
from $51 per night 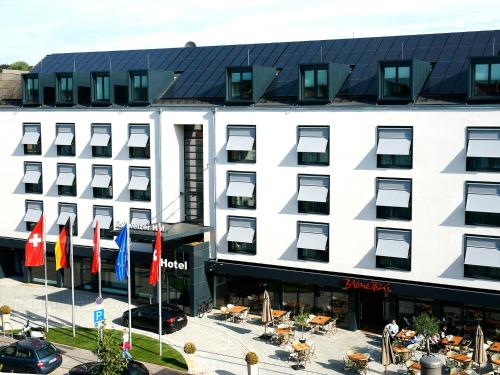 This hotel offers rooms and apartments with an original design, a lounge with fireplace, and free tickets for public transport in Kassel. Kassel Wilhelmshöhe Train Station is 400 metres away.Book now
from $78 per night 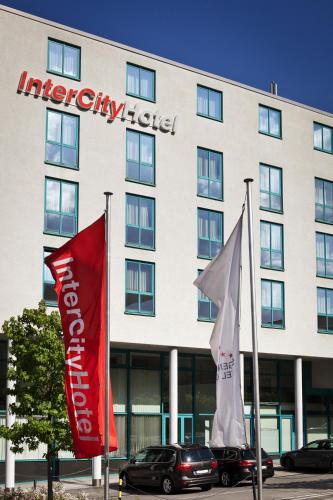 This hotel in Kassel offers modern accommodation, Wi-Fi internet and free public transport. It is located next to the Kassel-Wilhelmshöhe train station and a 15-minute walk from the Kurhessen-Therme spa.Book now
from $96 per night 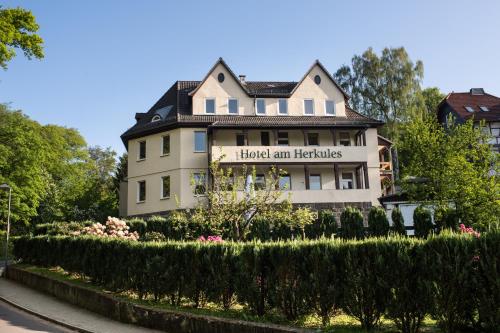 Hotel am Herkules is located in Kassel within Bergpark Wilhelmshöhe National Park and features a bar and sunny breakfast terrace. It offers free WiFi and a sauna.Book now
from $72 per night 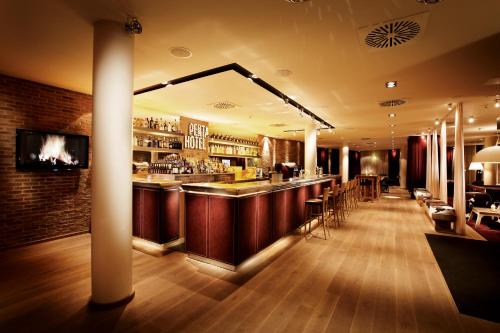 This hotel in the Wilhelmshöhe district of Kassel is situated between the city centre and the historic Bergpark, just 50 metres away from the Kassel-Wilhelmshöhe intercity railway station. Free WiFi is featured throughout the accommodation.Book now
from $35 per night

See all 53 accommodations in Kassel-Kassel-Wahlershausen

The Wahlershausen district is located in the Bad Wilhelmshöhe district of Kassel and comprises the area between the Kassel-Wilhelmshöhe railway station and the green spaces of the Wilhelmshöhe Mountain Park. The once independent village on the Drusel River attracts visitors with a lot of nature while being close to the city, and if you spend your holiday in an apartment in Wahlershausen, Kassel, you can discover the Habichtswald Nature Park in its entirety. The almost 500 km² large protected area stretches from the Wilhelmshöhe mountain park to the West Hessian highlands and includes a multitude of historical castle ruins, monasteries and castles. Find your private holiday apartment in Wahlershausen (Kassel) now and discover such unique sights in Bergpark Wilhelmshöhe as the classicistic Wilhelmshöhe Castle, the pleasure palace Löwenburg or the Hercules statue, which is now considered a landmark of Kassel. The Bergpark, with its impressive gardens and important sights, is unique in the world and has been a UNESCO World Heritage Site since June 2013. A private accommodation serves as an ideal starting point for you to explore this impressive natural landscape in an individual way, without having to restrict yourself in comfort and privacy as you would do when couchsurfing in Wahlershausen, Kassel.

Apartments in Wahlershausen (Kassel) at the Wilhelmshöhe Mountain Park

Wahlershausen existed as an independent village from about the 5th to 8th century and was incorporated into Kassel in 1906. The area around your private accommodation in Wahlershausen (Kassel) was originally strongly influenced by agriculture; it was not until the 1870s that wealthy Kassel families began to build their first homes at the Wilhelmshöhe Mountain Park and subsequently hotels and spa facilities. Today, Wahlershausen, as part of the Bad Wilhelmshöhe spa, is one of the most sought-after residential areas in the city, and with an apartment in Wahlershausen, Kassel, you can enjoy the advantages of this still village-like district like one of its inhabitants. The farmland and meadow landscapes in western Wahlershausen invite you to take long walks, while the half-timbered houses in the historic village centre bear witness to the long history of the place. Use your private holiday apartment in Wahlershausen (Kassel) also for a detour to the neighbouring Kirchditmold and spend cosy evenings in the restaurants, cafés and pubs of this tranquil residential area. For your stay you will also find Holiday flats in Kirchditmold, Kassel.

Although your apartment in Wahlershausen (Kassel) is located in the immediate vicinity of the extensive forest landscapes of the Habichtswald nature park, you will not live in the West of Kassel in any secluded location. The area around the Bergpark Wilhelmshöhe is a popular excursion destination and is directly connected to the city centre. With the tram lines 1 and 3 you can reach the central Königsplatz in a quarter of an hour. You can also use the ICE train station Kassel-Wilhelmshöhe for the journey to your apartment in Kassel Kassel’s most important sights are right on your doorstep in the Bergpark Wilhelmshöhe, but there is also a lot to discover in the city centre with the Brüderkirche, the Ballhaus and the Brüder Grimm Museum. All around Königsplatz you will also find countless shopping opportunities, from the City Point shopping centre directly on the square to the popular pedestrian zone in Königsstraße. Night owls, on the other hand, get their money’s worth in the pubs, pubs and bars in the city centre as well as in the Depesche pub directly at the Kassel-Wilhelmshöhe railway station, which attracts visitors with its cosy atmosphere and live music.

Latest reviews for places in Kassel-Kassel-Wahlershausen