Well done. Look what authentic hosts in Jelsa are offering to you on 9flats. 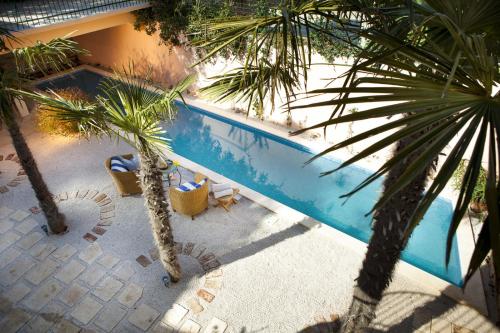 Centrally located in Jelsa just 100 metres from a pebbly beach, Apartments St Rialto all have a balcony, free Wi-Fi and air conditioning. Flat-screen cable TV, safety box and dishwasher are standard facilities in all units.Book now
from $41 per night 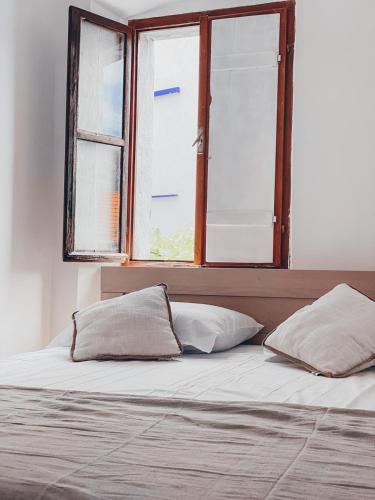 Set in Jelsa, Apartment Estera offers accommodation 29 km from St. Stephen's Cathedral in Hvar and 30 km from Hvar's Theatre and Arsenal.Book now
from $79 per night 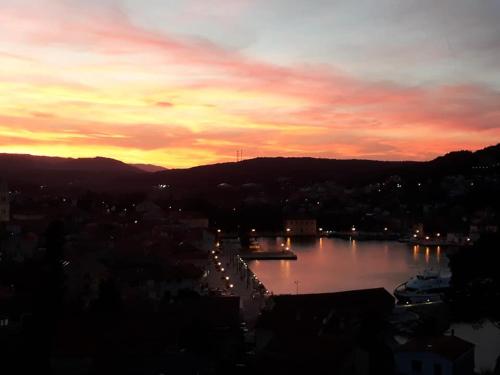 Featuring a balcony with sea views, a garden and a terrace, Apartment Marik can be found in Jelsa, close to Bočić Beach and 1.4 km from Mina Beach. The air-conditioned accommodation is 300 metres from Fontana Beach, and guests benefit from complimentary WiFi and private parking available on site.Book now
from $79 per night Offering a bar and sea view, Apartment Sea wiev is located in Jelsa, 800 metres from Camp Holiday Beach and 1.2 km from Fontana Beach. The air-conditioned accommodation is 500 metres from Mina Beach, and guests benefit from complimentary WiFi and private parking available on site.Book now
from $79 per night 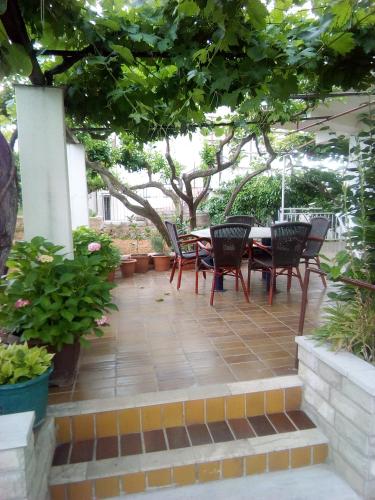 Set in Jelsa, within 500 metres of Mina Beach and 700 metres of Camp Holiday Beach, Apartmani Miletić offers accommodation with a garden and free WiFi throughout the property as well as free private parking for guests who drive. The property is situated 1.6 km from Fontana Beach, 30 km from St. Stephen's Cathedral in Hvar and 31 km from Hvar's Theatre and Arsenal.Book now
from $79 per night 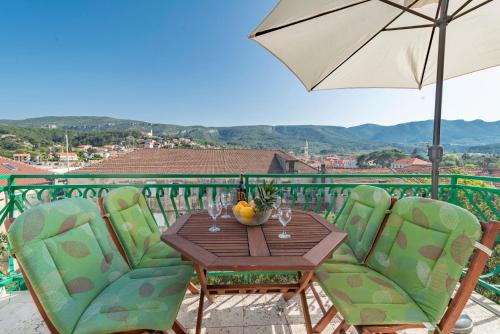 Located in Jelsa, near Fontana Beach, Bočić Beach and Mina Beach, Apartments Napoleon features free WiFi, and guests can enjoy a restaurant and a bar.Book now
from $79 per night 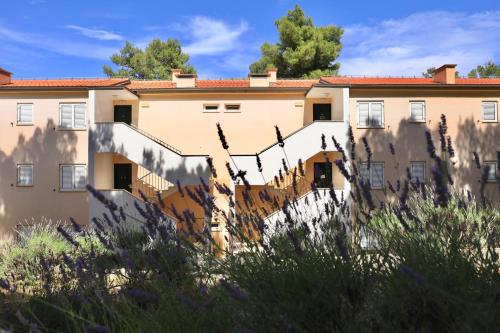 Offering an outdoor swimming pool, a children's pool and a restaurant, Fontana Bayside Park is located in Jelsa and in very close proximity to the seaside. Free WiFi access is offered and private parking is available on site.Book now
from $79 per night 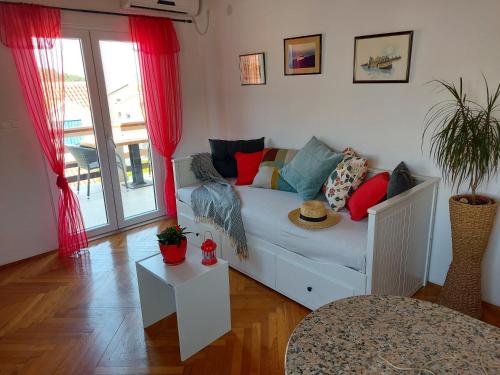 Just 50 metres from the beach and 300 metres from the centre of Jelsa, Apartments Štambuk provides air-conditioned accommodation featuring a furnished balcony or terrace boasting sea views. Free Wi-Fi and free private parking are provided.Book now
from $44 per night 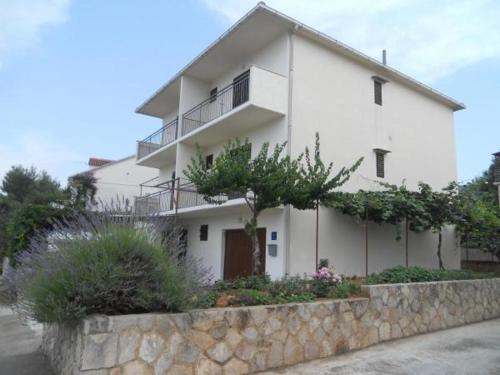 Situated in Jelsa in the Hvar Island region, with Mina Beach and Camp Holiday Beach nearby, Apartments Sunshine features accommodation with free private parking.Book now
from $79 per night 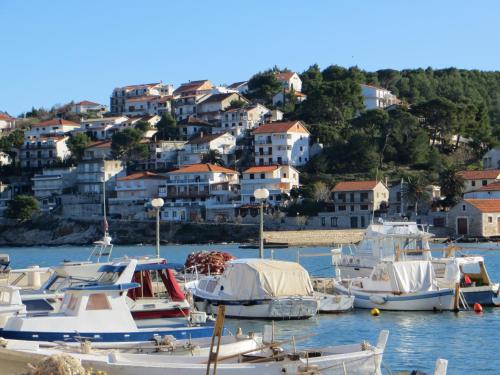 Featuring air conditioning, Apartments Makjanić is set in Jelsa, 44 km from Split. Makarska is 30 km from the property. Free private parking is available on site.Book now
from $79 per night 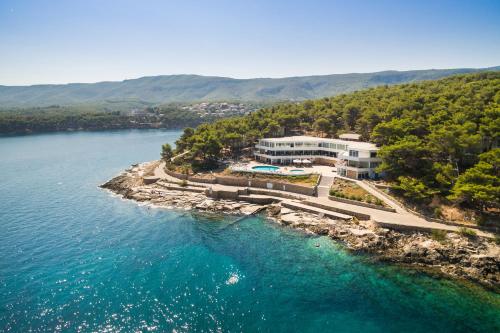 Request Type : Property Description
Situated on the on the edges of Jelsa surrounded by a long stretch of sunbaked rocky and pebbly coast, Fontana Beach Park is a budget resort choice for travelers seeking a laid-back retreat in a quiet, detached and intimate environment that has direct access to the sea and beachfront and being within walking proximity of local shops, local restaurant and the club scene of Jelsa.
The resort offers a breathtaking vista over the Adriatic Sea, the islands of Hvar and Brač from its pool bar and restaurant.
Its accommodation units range from hotel rooms to spacious two-bedroom suites designed for short or extended stays.Book now
from $79 per night

See all 215 accommodations in Jelsa

The port of Jelsa lies on the northern side of the island of Hvar off the Dalmatian coast. As almost everywhere on the Croatian Adriatic coast, there are several islands of different sizes in front of the mainland. Boat tourists and bathing tourists appreciate Jelsa especially because of its picturesque location and the southern climate with warm and dry summers. Depending on the weather, from Jelsa you can see the neighbouring island of Brac or the mainland. The best way to reach the neighbouring towns on Hvar is by local bus, and to explore the surrounding islands you can rent your own boat. Jelsa and the surrounding area offer plenty of opportunities to do this. To get from the mainland to the island and back again, you can use the catamaran that shuttle daily between Split and Jelsa. If you book an apartment in Jelsa today in order to spend your holiday here, you will be part of a centuries-old, even millennia-old tradition. Several ruins of ancient country villas testify to this. These were already used as holiday homes back then and prove that Jelsa has always been visited by people who wanted to relax and unwind here. During the 14th century Jelsa was first mentioned as a city and developed into one of the most important centres of shipbuilding in the region. Today tourism is the most important economic activity, but also viticulture, olive growing and fishing have traditionally played an important role in Jelsa and Hvar. You can also experience the typical flair of this harbour town very directly in your private holiday apartment in Jelsa.

With private apartments in Jelsa you have a quarter on historical ground and at the same time a comfortable alternative to couchsurfing in Jelsa, which offers you much more independence. No matter where your apartment is in Jelsa, you will never be far from the historic buildings and monuments in the neighbourhood. Among the numerous churches and chapels in this area, the Castle Church of St. Mary is especially worth mentioning. The place of Saint Ivan in the Old Town and the chapel dedicated to him are considered to be the most beautiful place in the town. The trees of the pleasure garden, laid out around 1870, provide cool shade in the summer heat. Remains of the Civitas Vetus Ielsae can be found on the site of a former Augustinian monastery, whose monastery church is still standing: There is still a cemetery and remains of the ancient city wall. The reproduction of a Roman wine cellar above Ielsa under scientific guidance is also worth seeing.

If you would like to get to know Dalmatia and the Croatian Adriatic coast a bit better, you should visit not only apartments in Jelsa, but also other interesting towns and villages in the region – e.g. Accommodations in Zadar or Apartments in Vodice Of course you will also find Apartments in Zagreb. And if you translate to Italy by boat, you can follow your holiday in Croatia with a nice and cosy Apartment in Ravenna. for a few days. It’s best to book now so that you can plan your holiday early!