Well done. Look what authentic hosts in Cologne-Humboldt are offering to you on 9flats. 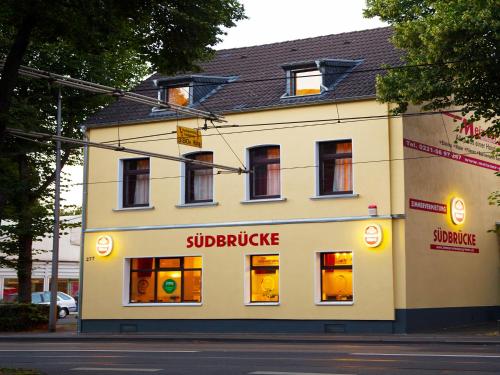 Südbrücke Köln is located in Cologne, just a 10-minute drive from the Köln Messe exhibition grounds and from central Cologne. Free WiFi is provided throughout.Book now
from $59 per night 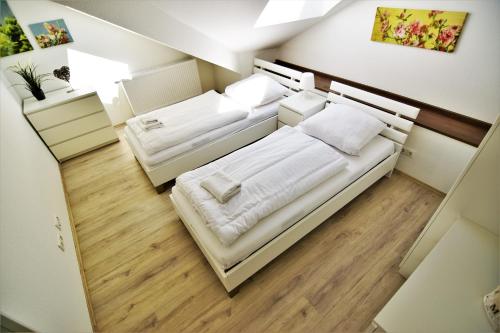 Exclusive Apartment Cologne is situated in the Humboldt Gremberg district of Cologne, 1.5 km from Lanxess Arena and 2.2 km from KölnTriangle.Book now
from $55 per night 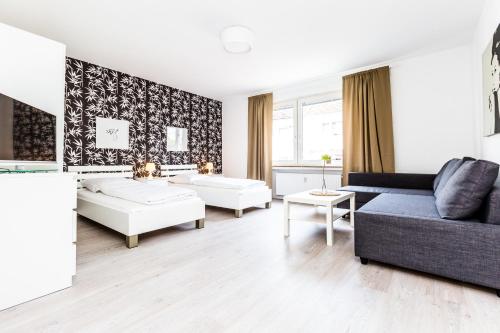 These apartments in central Cologne were completely renovated in May 2014. Cityfair Apartments Köln are 100 metres from a tram stop, 1.2 km from the Lanxess Arena and 1.9 km from Köln Messe/Deutz Train Station.Book now
from $51 per night 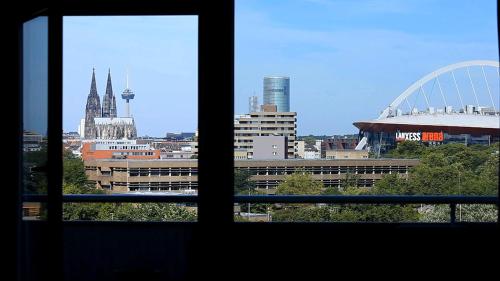 Offering free WiFi, Apartments Deutz is a self-catering accommodation located in Cologne. The property is 900 m from the Lanxess Arena and 2.7 km from Cologne Cathedral.Book now
from $137 per night 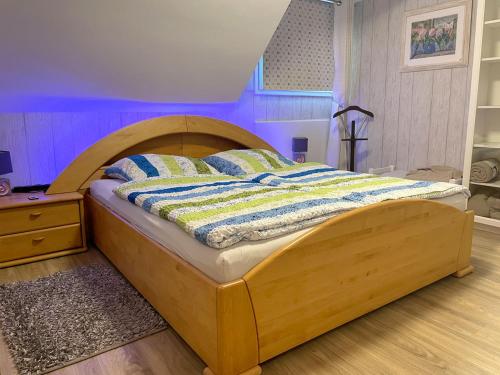 Ferienwohnung Köln-Poll is located in Cologne, 2.9 km from Lanxess Arena and 3.6 km from KölnTriangle, in an area where hiking can be enjoyed. The Cologne Chocolate Museum and the Cologne Fairgrounds are within 4.2 km and 5 km of the apartment, and free WiFi is provided.Book now
from $79 per night 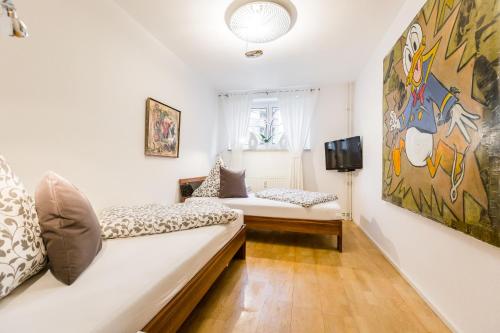 Situated just 3.3 km from Lanxess Arena, Ferien Und Messewohnug features accommodation in Cologne with access to a shared lounge, a garden, as well as a shared kitchen. With garden views, this accommodation offers a balcony.Book now
from $143 per night 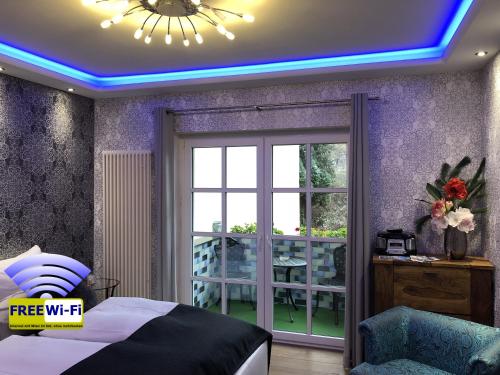 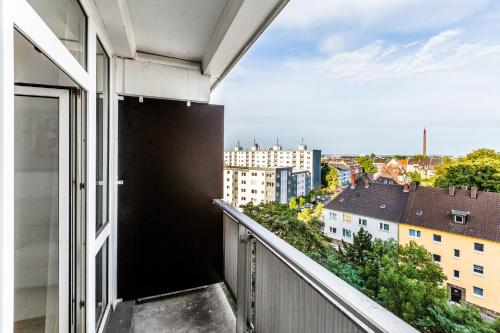 Situated in Cologne in the North Rhine-Westphalia region, with Lanxess Arena nearby, Fair Apartments Cologne features accommodation with free WiFi and free private parking.Book now
from $55 per night 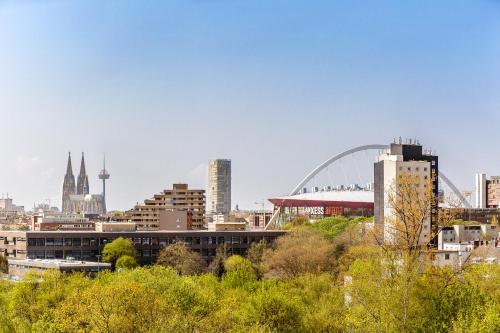 Set a 10-minute walk from LANXESS Arena and a 19-minute walk from Cologne Fairgrounds, Apartment Deutz is situated in Humboldt Gremberg of Cologne. Guests staying at this apartment have access to a balcony.Book now
from $86 per night 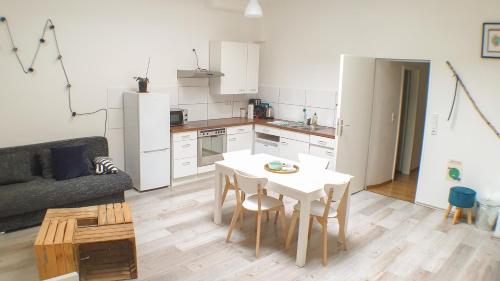 Big Appartment near trade fair! in Cologne features accommodation with free WiFi, 2.4 km from Lanxess Arena, 3.2 km from Cologne Fairgrounds and 3.2 km from KölnTriangle. This apartment is 5 km from Wallraf-Richartz Museum and 5 km from Musical Dome Cologne.Book now
from $355 per night

Located in Cologne, 1 km from Lanxess Arena, 2.3 km from KölnTriangle and 2.8 km from Cologne Philharmony, Cologne Fair Apartment with Cathedral View provides accommodation with a balcony and free WiFi. The property is 3.6 km from Cologne Fairgrounds and 4 km from Wallraf-Richartz Museum.Book now
from $12 per night 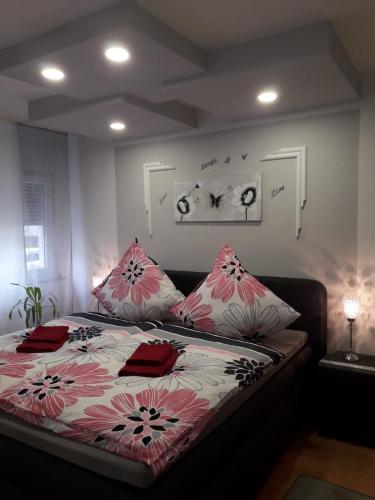 Featuring a terrace and a 24-hour front desk, Italy Style Cologne is well situated in Kalk district of Cologne, 2.5 km from Lanxess Arena and 3.1 km from Cologne Fairgrounds. This apartment provides accommodation with a balcony.Book now
from $12 per night

See all 13 accommodations in Cologne-Humboldt

The Cologne district of Humboldt is located east of the Rhine only a short walk from the riverbank. Although you can reach Cologne’s old town with the cathedral on the opposite bank within a short time, you will live with an apartment in Cologne-Humboldt far away from the hustle and bustle of the city centre in a traditional residential area. Book your private holiday apartment in Cologne-Humboldt now and discover the historic houses from the Wilhelminian period in the old working-class district Humboldt, which still characterizes many parts of the district today. The proximity to the Rhine also makes your private accommodation in Cologne-Humboldt an ideal starting point for long walks along the riverbank, enjoying the fantastic view of the Old Town and the Cathedral opposite. The view from the viewing terrace of the KölnTriangle, not far from your accommodation at the Köln Messe/Deutz train station, is particularly spectacular. On your excursions, private accommodation not only offers you a direct insight into the Cologne way of life, but also, in contrast to couchsurfing in Cologne-Humboldt, the necessary privacy to feel completely at ease during your stay. Book your apartment in Cologne-Humboldt now!

Apartments in Cologne-Humboldt on the eastern bank of the Rhine

The district of Humboldt was initially created in the 1870s as a purely workers’ housing estate, which was intended to create additional living space for workers from the Cologne-Kalk district. After the bankruptcy of Kalk’s most important industrial enterprise, however, the original development plans were abandoned as soon as the first “Humboldt colony” was completed and were only taken up again in a modified form at the end of the 19th century. To this day, the area around Dein Apartment in Cologne-Humboldt is characterised by multi-storey workers’ apartments and apartment buildings; Humboldt is one of the most densely populated quarters east of the Rhine. Your private holiday apartment in Cologne-Humboldt is also located in a lively and multicultural area with a wide range of shopping facilities. Especially along Kalker Hauptstraße you will find a wide range of shopping opportunities, and with the Köln Arcaden you will also find one of the largest shopping centres in the city.

Your apartment in Cologne-Humboldt is part of the Kalk district, whose historical importance as an industrial location is still visible in many places. Apart from the typical workers’ pubs and some lively student pubs, not far from your Apartment in Kalk, Cologne, you will also find historic restaurants such as the old Reissdorf em Cornely brewery, which has been in existence on Kalk’s main street since 1874 and has hardly changed its appearance since then. During the summer months, you can also enjoy traditional Rhineland fare in the colliery garden, which was reopened in 1996. It is part of the Sünner brewery and is one of the city’s most popular beer gardens. For your trips to Cologne’s old town with the cathedral, the medieval city walls and the Rhine bridges, you can use a direct connection with the S12 and S13 from Trimborn station; the main station is only two stops away from your “apartment in Cologne”: gl-667931. For your arrival and trips to the surrounding area you can also use the train station Köln Messe/Deutz, which is an important traffic junction and trade fair station and offers direct ICE connections to Berlin, Munich, Amsterdam and other cities and to Frankfurt Airport.

Latest reviews for places in Cologne-Humboldt