Well done. Look what authentic hosts in Bucharest-Ghencea are offering to you on 9flats. 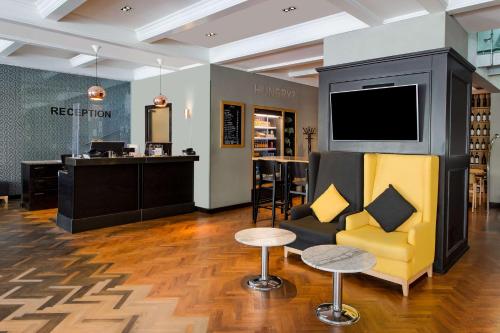 Enjoying a central location in Bucharest, just 300 metres from the Romanian Athenaeum, Park Inn by Radisson Bucharest offers rooms with high-speed WiFi and free access to the World Class Health Academy, including an indoor swimming pool, hot tubs and fitness facilities.Book now
from $30 per night

The Radisson Blu Hotel, Bucharest is situated in the city centre, next to the business and shopping district, with many tourist and historical attractions nearby.Book now
from $55 per night 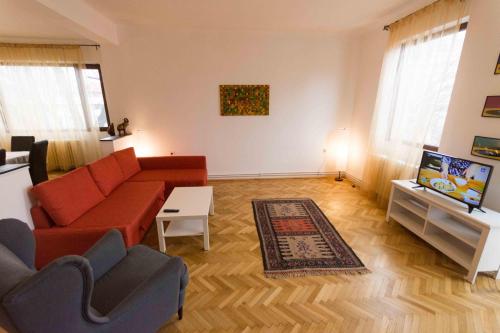 In the centre of Bucharest, located within a short distance of Patriarchal Cathedral and Stavropoleos Church, Diana's offers free WiFi, air conditioning and household amenities such as a fridge and kettle. This apartment is 1.9 km from Revolution Square and 1.9 km from Cismigiu Gardens.Book now
from $78 per night 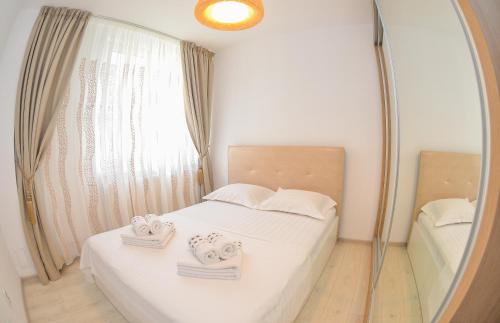 Apartments Bucharest Centre - University Square offers accommodation in Bucharest. The Universitate Subway Station is set 300 metres from the property.Book now
from $78 per night 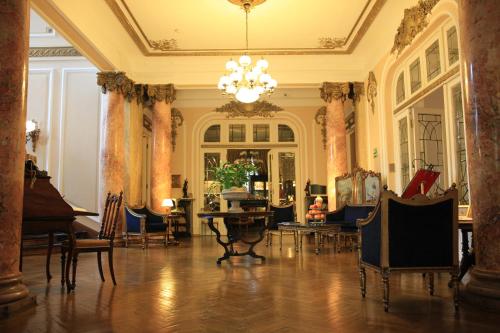 Offering a restaurant, a bar and free WiFi access, the elegant Grand Boutique Hotel is located in the centre of Bucharest, within a 5-minute walk from the University Square and the Bucharest National Theater TNB.Book now
from $28 per night 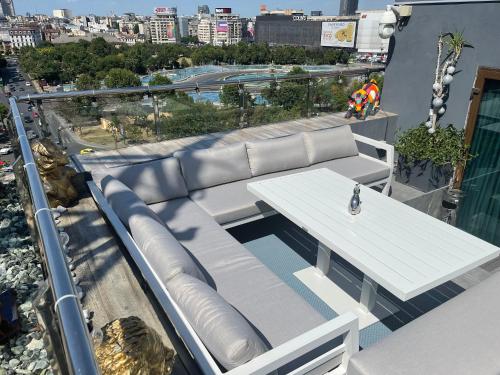 Featuring free WiFi, 5 Penthouse Bucharest City Center is an apartment situated in the heart of Bucharest, in the Unirii Square area. The property is next to restaurants, bars, cafes and shops. Free private parking is featured.Book now
from $118 per night 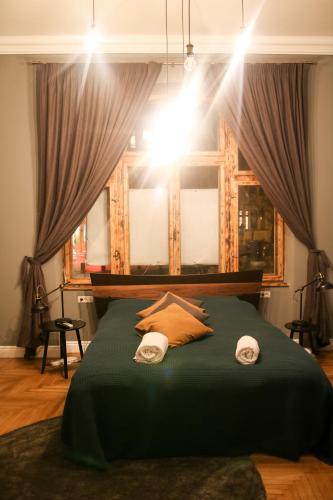 Situated right in the heart of Bucharest, 400 metres from Revolution Square, Athenaeum Suite features air-conditioned accommodation with free WiFi and a flat-screen TV. The property has city views and is less than 1 km from Bucharest National Theater TNB and a 5-minute walk from National Museum of Art of Romania.Book now
from $196 per night 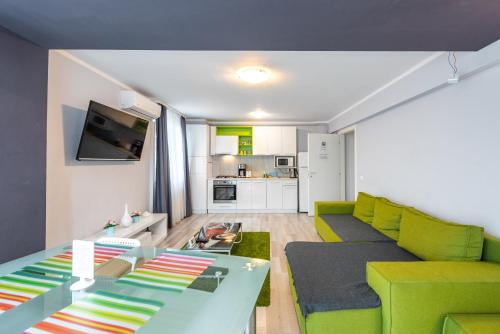 Situated in the heart of Bucharest, 200 metres from Unirii Square, this air-conditioned apartment features free WiFi, a hot tub and a balcony with city views. Free private parking is available on site.Book now
from $118 per night

In the Sector 3 district of Bucharest, close to Stavropoleos Church, Pop Art Flat - Bright 2BR near the Old Town features free WiFi and a washing machine. The property is 1.1 km from Revolution Square and 1.8 km from Romanian National Opera.Book now
from $34 per night 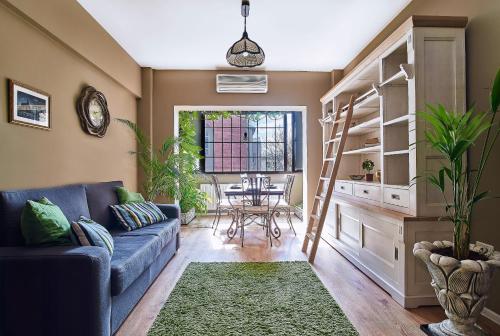 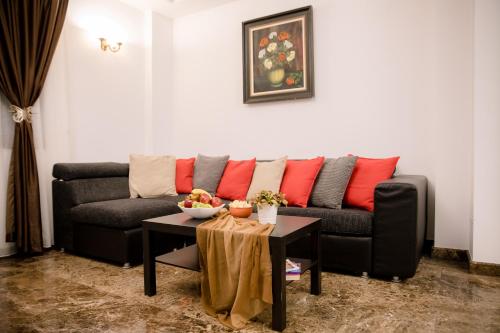 Set 400 metres from Bucharest National Theater TNB, Sun Residences Intercontinental offers a restaurant, a casino and air-conditioned accommodation with a balcony and free WiFi. Private parking is available on site.Book now
from $78 per night

Benefiting from a premier location on a main boulevard in the centre of Bucharest, less than a 10-minute walk from the Old Town and steps from the Cismigiu Garden, the modern Central Hotel, Trademark Collection by Wyndham offers accommodation with free WiFi access.Book now
from $78 per night

See all 739 accommodations in Bucharest-Ghencea

Ghencea is a district in Bucharest, around four kilometres to the southwest of the city centre. It is a relatively modern neighbourhood and a residential area rather than a tourist centre. With a holiday apartment in Ghencea from 9flats you can join this community during your visit to Bucharest and get to know the local people and their culture while in the city. Your holiday apartment in Ghencea places you within the community rather than being separated in a tourist hotel. With luck you could pick up some good tips to make your stay even more memorable. In this way your holiday accommodation in Ghencea provides a more authentic travel experience, similar to couchsurfing in Ghencea but with a greater degree of comfort and privacy in your own room or apartment.

Exploring the neighbourhood around your holiday apartment in Ghencea

Construction in Ghencea started in 1950 under the old communist regime. Apartment blocks to house workers for the Tricodava textile factory and plastics Munplast plant were first to be erected. Since then the Tricodava factory has been demolished and more apartment blocks built on the site. If you are looking for a holiday apartment in Bucharest during your visit for a football match then Ghencea is ideal. The area is home to the Stadionul Steaua, the stadium of the football team, Steaua Bucharest. The stadium is unique in Romania as it is dedicated solely to football, with no running track around the pitch. This makes for a better atmosphere during games and the stadium also hosts the national football team. Ghencea cemetery is the other local landmark and contains the graves of many famous Romanians, such as the notorious Ceauşescu family.

Exploring Bucharest from your holiday accommodation in Ghencea

Bucharest is a fascinating city, full of both modern and ancient history. It has wide, tree-lined avenues and handsome Belle Epoque architecture. This, along with a reputation for high living, gave it the nickname of ‘Little Paris’ in the early 20th century. The House of the Free Press used to be the centre for most of Bucharest’s publishing and is modelled on the Lomonosov University in Moscow. The Arch of Triumph is the city’s version of the Arc de Triomphe in Paris and offers excellent views of the city from its 85 foot high viewing platform. Calea Victoriei, meanwhile, is the city’s oldest and prettiest street.

Staying in a holiday apartment in Bucharest centre is a great way to enjoy other attractions like the Cantacuzino Palace, which now houses the George Enescu Museum. You will also be close to the Royal Palace and the Lipscani District, which is the old historic quarter of the city. Here you will find narrow cobbled streets and many galleries and antique shops in this up and coming area. Wherever you go in Bucharest and beyond, book with 9flats for unique accommodation at less than the price of a standard hotel room.

Latest reviews for places in Bucharest-Ghencea