Well done. Look what authentic hosts in Bucharest are offering to you on 9flats.

In Romania are 2,738 confirmed covid-19 cases. Please inform yourself how this impacts your travel to Romania. 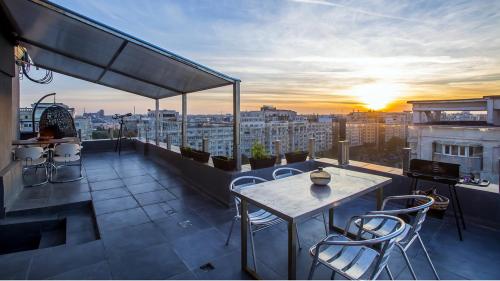 Situated within the Sector 3 district in Bucharest, Mega Penthouse Unirii has air conditioning, a patio, and city views. The property was built in 1994, and features accommodation with a balcony and free WiFi.Book now
from $559 per night 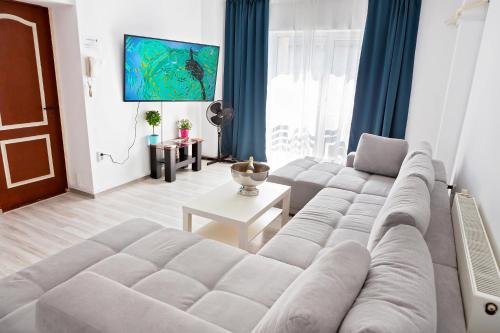 Set in the centre of Bucharest, 1.2 km from Patriarchal Cathedral and 1.2 km from Stavropoleos Church, BIG Unirii Square Apartment offers free WiFi and air conditioning. The property features city views and is 1.5 km from Bucharest National Theater TNB and 1.7 km from Revolution Square.Book now
from $319 per night 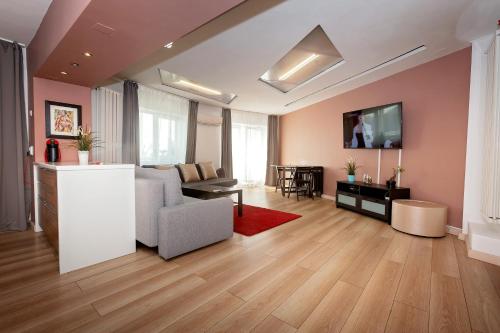 Situated right in the heart of Bucharest, 1.2 km from Patriarchal Cathedral and 1.3 km from Stavropoleos Church, City View Unirii Square Apartment features air-conditioned accommodation with a patio and free WiFi. With city views, this accommodation provides a balcony.Book now
from $160 per night 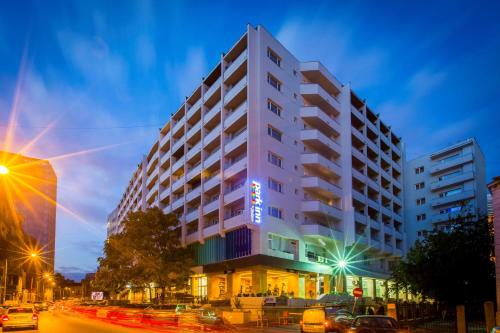 Enjoying a central location in Bucharest, just 300 metres from the Romanian Athenaeum, Park Inn by Radisson Bucharest offers rooms with high-speed WiFi and free access to the World Class Health Academy, including an indoor swimming pool, hot tubs and fitness facilities.Book now
from $77 per night Situated in the Old Town of Bucharest, Hilton Garden Inn Bucharest is 400 metres from Bucharest National Theater and provides facilities like free WiFi, a fitness centre, and a shared lounge.Book now
from $11 per night 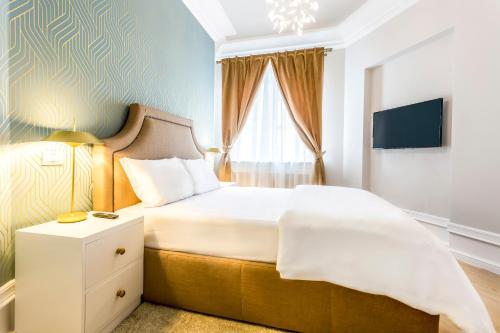 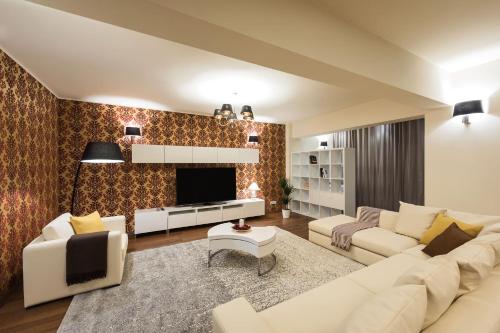 Situated in Bucharest, 3 km from the Old Town of Bucharest, Penthouse Orhideea offers a restaurant and river views. You will find a metro station 400 metres away.Book now
from $188 per night 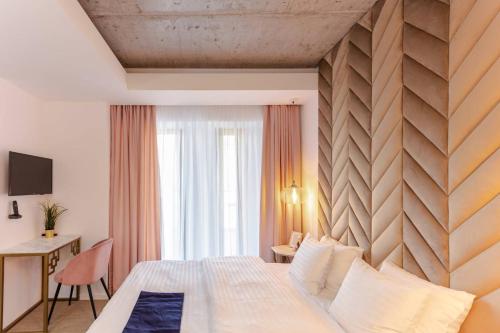 Filitti Boutique Hotel in Bucharest features 4-star accommodation with a terrace and a shared lounge. Providing a restaurant, the property also has a bar. The accommodation provides a 24-hour front desk, airport transfers, luggage storage space and free WiFi.Book now
from $34 per night 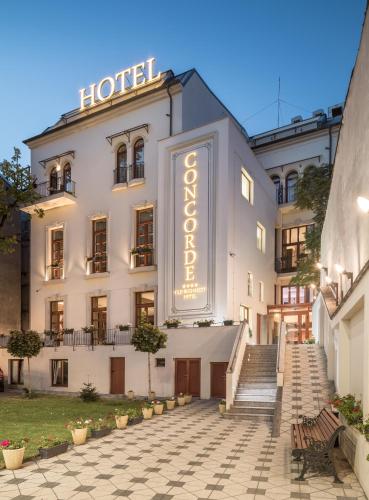 Located in the Old Town of Bucharest, Concorde Old Bucharest Hotel welcomes you in a new building of neoclassical inspiration with river or city views.Book now
from $66 per night

Set in Bucharest, the Eco-friendly Orhideea Residence & Spa boasts spacious apartments and suites with free WiFi access and air conditioning, within 5-minutes from the metro station and a 15-minute drive from the city centre.Book now
from $86 per night

The Radisson Blu Hotel in Bucharest is situated in the city centre, next to the business and shopping district, with many tourist and historical attractions nearby.Book now
from $93 per night 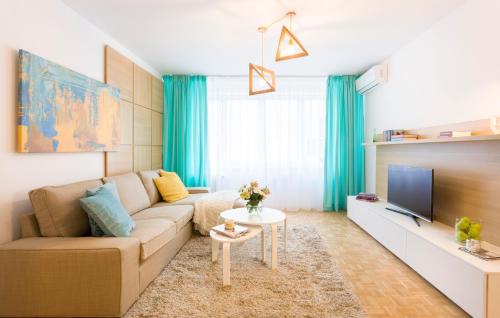 Tower Accommodation is located in Bucharest, a 3-minute walk from Cismigiu Gardens. The Ministry of Health is 500 metres from the property. Free WiFi is available .Book now
from $25 per night

See all 2203 accommodations in Bucharest

If you want to explore a culturally rich European city with all the trappings of modern life, the city of Bucharest ticks all the boxes. This architecturally stunning metropolis is the capital of Romania, as well as being the country’s largest city. Bucharest is often referred to as ‘little Paris’, yet its incredible rate of modernisation and development has greatly enhanced its corporate reputation in recent years. Whilst modern developments have changed the city’s skyline somewhat, the old Bucharest still manages to make its presence felt. Steeped in many centuries of tradition and history, the best way to experience the Romanian way of life is by renting private holiday apartments in Bucharest. They are often located in real neighbourhoods, so you can live side-by-side with local people.

Perhaps the most impressive aspect of this great city is its architecture. The magnificent Parliament Palace stands proudly right in the centre of Bucharest, and its 3,100 rooms make it one of the world’s largest buildings. Visitors are treated to guided tours every 45 minutes, which explain the building’s unsavoury history and its part in Romania’s deeply troubled past. Unfortunately, Romania’s former dictator Nicolae Ceausescu demolished a significant part of the city’s Old Quarter, yet what remains is well worth a visit. The ruins of the Wallachian princes’ medieval court, a series of 19th century buildings and a handful of beautiful Churches can still be explored. A complex network of narrow, cobbled streets are perfect for taking leisurely strolls, and a selection of quaint, local cafes provide the perfect location for sipping coffee whilst people-watching. Culture and tradition emanate from every pore of Bucharest, and holiday apartments in Ghencea booked with 9flats allow you to experience them first-hand.

Holiday Accommodation in Bucharest Can Be Your Private City Retreat

Bucharest is home to the world-renowned Revolution Square – the main rallying point of the 1989 revolution. The square is dominated by a stunning statue that commemorates those who lost their lives during the transfer of power. Also well worth a visit are the Arch of Triumph and the Romanian Atheneum – a stunning example of eastern European architecture and the current home of the George Enescu Philharmonic. Trendy bars, restaurants and nightclubs can be found at every turn, and with so much going on in this bustling city, you could be forgiven for feeling drained at the end of a busy day’s sight-seeing. However, booking holiday accommodation in Vitanu with 9flats will give you privacy and comfort that just isn’t possible in the city’s hotels.

Although the city is in the midst of a major transformation, it still retains its distinctive Romanian way of life, and many people opt to go couchsurfing in Bucharest as a way of experiencing it at close-quarters. Although the 9flats website offers a very similar service, it takes the idea a step further by giving international travellers the added option of having an entire property all to themselves. Whether you’re in search of holiday homes in Prahova or private lodgings in Buenos Aires, the properties available with 9flats are luxurious and secluded residences that allow you to experience the world’s greatest cities and towns from the perspective of local people.

Driving through the East Europe

Check here our suggested travel through the East Europe.

Latest reviews for places in Bucharest