Well done. Look what authentic hosts in Essen are offering to you on 9flats. 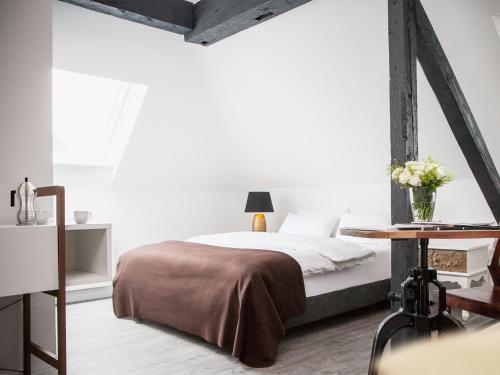 Set in Essen, 2.2 km from Museum Folkwang, The Rubens Hotel features views of the garden. Among the facilities at this property are room service and a concierge service, along with free WiFi throughout the property. The property is allergy-free and is situated 2.1 km from Philharmonic House Essen.Book now
from $83 per night

Built in 1826, the Hotel Jägerhof Kettwig is a classic hotel offering romantic, individually decorated rooms. It is situated directly on the Ruhr Valley Cycle Route, within walking distance of the Old Town of Kettwig with its many beer gardens and restaurants.Book now
from $83 per night 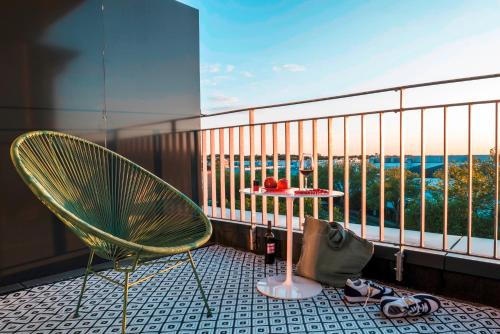 Located in Essen, 500 metres from Fair Essen, Mintrops Concierge Hotel features views of the city. This 4-star hotel offers a concierge service and a tour desk. Free WiFi is available and private parking can be arranged at an extra charge.Book now
from $51 per night 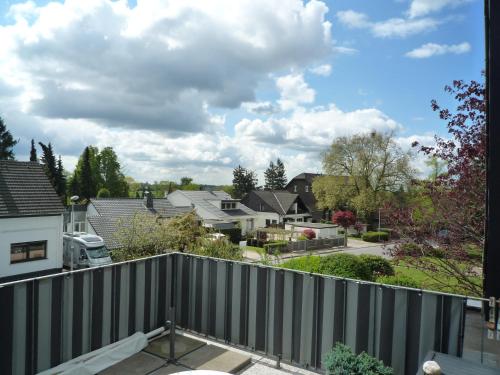 Featuring garden views, Ferienwohnungen am Rumbachtal is an apartment in Mülheim an der Ruhr, 2.7 km from Forum City Mülheim. The property, housed in a building dating from 1970, provides free WiFi.Book now
from $62 per night 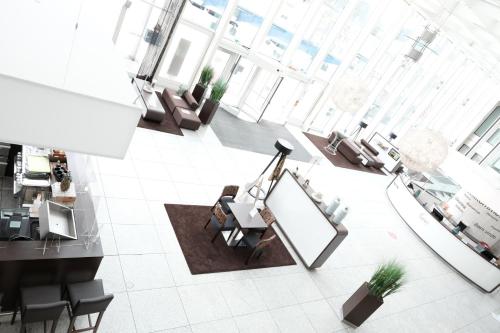 This modern hotel is in the southern district of Essen and just 2 km from the centre. Opened in 2013, Webers - Das Hotel im Ruhrturm offers free wireless internet.Book now
from $59 per night

Situated in the Westviertel district in Essen, 500 metres from the Essen Central Station. Guests can enjoy the on-site bar. Private parking is available on site and it is subject to availability.Book now
from $65 per night 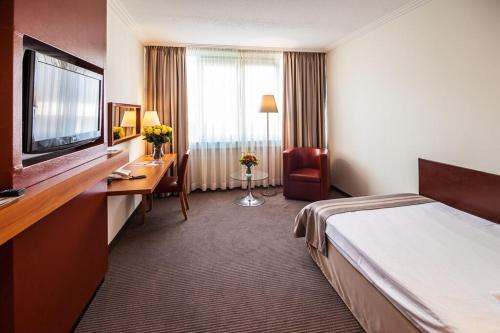 Offering a pool, sauna area, and free Wi-Fi throughout, this recently renovated 4-star hotel is located in the quiet Bredeney district. The hotel is just 5 km from Essen city centre, and 800 metres from the Messe Essen convention center.Book now
from $73 per night 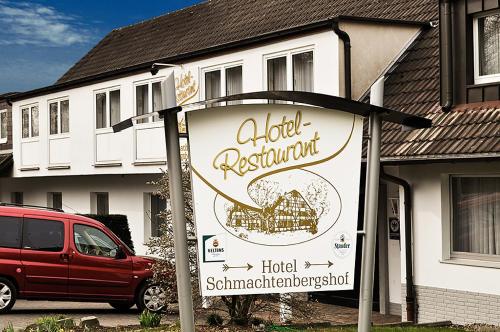 Located in the Kettwig district of Essen, the 3-star Hotel-Restaurant Schmachtenbergshof offers comfortable accommodation just 1 km from the Ruhr River. Free Wifi access is available throughout.Book now
from $66 per night 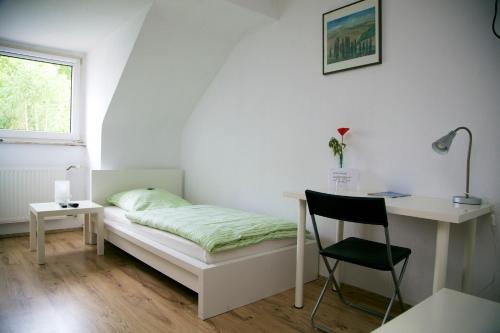 This family-run hotel is in a quiet side street, between Essen Main Station and the exhibition centre. It offers a daily buffet breakfast and good public transport connections.Book now
from $44 per night 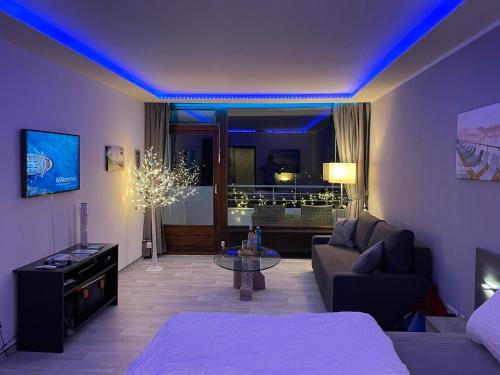 Themenpartment Himmel und Mehr is set in Gelsenkirchen, 5 km from Veltins Arena and 1.6 km from KAUE Gelsenkirchen, in an area where cycling can be enjoyed. Free WiFi is available in the apartment, located 4.2 km from ZOOm Erlebniswelt.Book now
from $83 per night 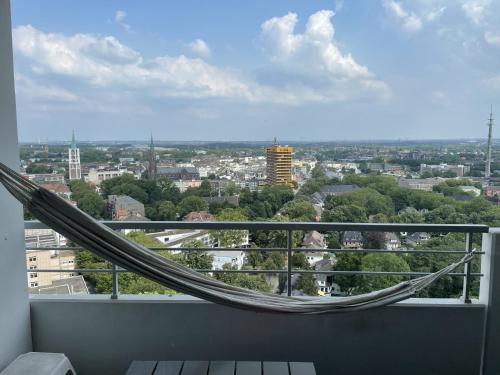 Featuring city views, Themenpartment Penthouse offers accommodation with a balcony and a kettle, around 5 km from Veltins Arena. The property, housed in a building dating from 1972, has free WiFi and is 1.6 km from KAUE Gelsenkirchen and 4.2 km from ZOOm Erlebniswelt.Book now
from $83 per night

See all 351 accommodations in Essen

Essen is the fourth largest city in North Rhine-Westphalia after Cologne, Düsseldorf and Dortmund. It is located in the Rhine-Ruhr metropolitan region in the heart of the Ruhr region. Apartments in Essen are very frequented, especially when the big fairs take place in the region. But many holiday guests also book their temporary holiday homes in Essen, as not only the well-known “Ruhrpott-Romantik” seduces to great holidays, but also the numerous nature reserves provide great excursion destinations. And detours to major cities such as Dortmund, Düsseldorf and Cologne or even to the border area of the Netherlands are certainly possible as day trips. Since Essen spreads over an area of about 210km², we can offer you not only numerous accommodations in the city centre, but also in the many surrounding districts. Have a look at our private holiday apartments in Steele or apartments in Katernberg. Or do you prefer Apartments in Bochum? Whatever you decide, you will see, instead of couchsurfing in Essen you will find private apartments with style in which you can enjoy your valuable leisure time and at the same time discover the interesting surroundings from there.

In the heart of the “Ruhrpotts”: Apartments in Essen

Thanks to the good transport connections, you can easily get to Essen either by public transport or by car. You don’t need a vehicle to explore the city centre. If you decide on a centrally located apartment in Essen, you can walk through the city centre and see the shops in Germany’s first pedestrian zone or take a short break in one of the many restaurants. Art and culture are capitalized in Essen, after all it is the former cultural capital of the year 2010. This award set a stone rolling that led to more and more artists settling in the city, opening their studios and more and more galleries presenting interesting exhibits by up-and-coming artists. The most important art collection can be found in the Museum Folkwang; the Kunsthaus Essen in the Rellinghausen district is a modern exhibition and event centre for the fine arts. Essen is also known for its high-quality theatre and concert events. The Philharmonie finds its home in the interesting Saalbau, while the Aalto-Theater is the scene of grandiose opera performances. There are many buildings worth seeing in Essen. In the city centre you will find the Johanneskirche on Burgplatz, the Münster and the Domschatzkammer, as well as the Friedenskirche and the Alte Synagoge.

Since 2001, the Zollverein colliery in the north of the city, which you can easily reach from your private holiday home in Essen and which is regarded as a milestone in industrial architecture as well as an anchor point of the “European Route of Industrial Culture”, which presents about 1000 objects, cities and regions in more than 40 European countries, has been a UNESCO World Heritage Site. If, for example, you would like to visit the Dutch Textile Museum in Tilburg, we could offer you a cosy private holiday apartment in Cromvoirt. But also food provides many other reasons to spend some days here. Great parks like the Grugapark or the Stadtgarten invite to beautiful walks. The Borbecker Schlosspark, which was laid out as an English landscape garden, is regarded as one of the oldest parks. – Food: 1000 reasons for a varied holiday.

Latest reviews for places in Essen